Dyson isn’t exactly the first company that comes to mind when you think of state-of-the-art headphones, so perhaps it’s no surprise that its new product, Zone, is sort of like a HEPA vacuum for your face. These noise-canceling Bluetooth headphones double as a personal air purifier, encircling your nose and mouth with a magnetic face visor resembling a metallic muzzle. If it had been announced on April 1st instead of March 30th, we would have thought it was an April Fool’s joke, but the product is, in fact, real. Designed with urban environments in mind, the Dyson Zone aims to solve two common problems: noise pollution and air pollution. 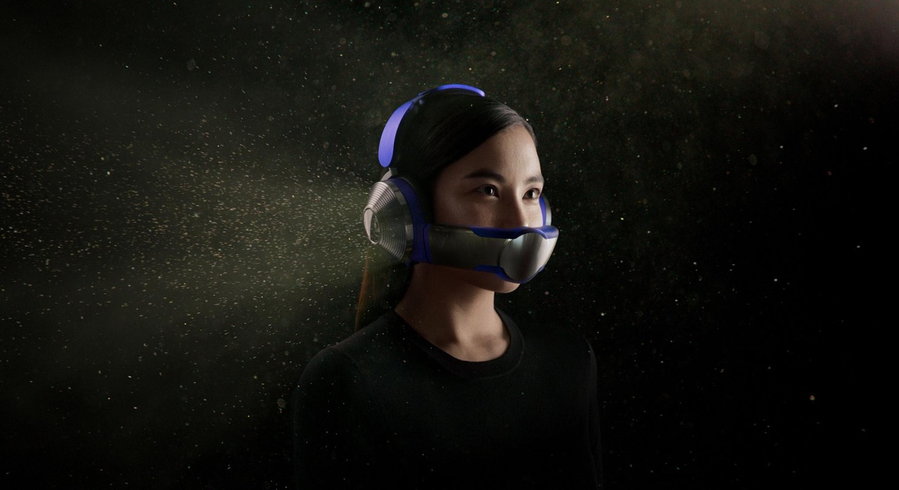 Dyson engineers spent six years developing more than 500 prototypes that transformed the company’s air filtration technology into a compact wearable unit. The product evolution began as a hilariously bulky design with a snorkel-like mouthpiece, which was eventually refined to its final form: fairly standard-looking over-the-ear headphones with the face visor attached. The visor might appear slightly claustrophobic, but it doesn’t actually touch the wearer’s face, hovering far enough away for proper air circulation. The compressors in each ear cup draw air through dual-layer filters and project two streams of purified air to the wearer’s nose and mouth through the visor. Sculpted air returns ensure that you’re breathing purified air that is diluted as little as possible by external crosswinds. To test the filtration, Dyson engineers used a breathing mannequin with medical-grade mechanical lungs and sensing equipment, which they placed in a controlled chamber full of air pollution. 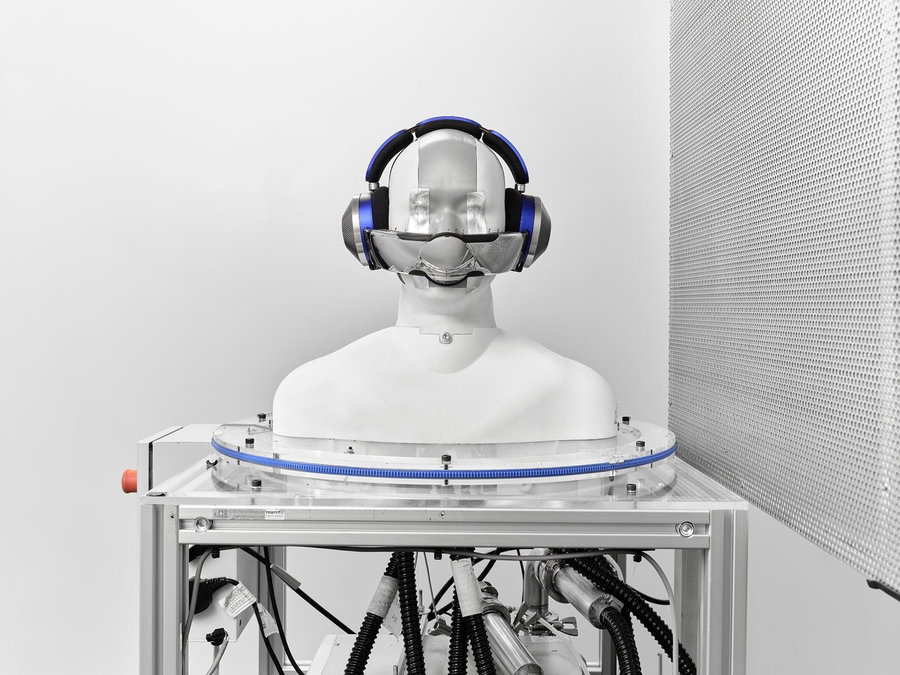 The mannequin “breathed” through the Dyson Zone, and then the contents of its lungs were tested to see how much pollution made it through, with results showing that the filters are at least 97 percent effective. The filtration consists of negatively charged electrostatic filter media to trap ultra fine particles like allergens, brake dust, industry combustion and construction-related pollution, while a potassium-enriched carbon layer captures common urban gas pollutants like NO2 and SO2.

The Dyson Zone is designed for comfort, taking inspiration from the shape of a horse’s saddle to distribute weight over the sides of the head rather than the top. A custom blend of different types of foam makes the ear cup and headband cushions soft, stable, and capable of blocking out external sound. Which brings us, at long last, to the quality that’s most important in a pair of headphones: the audio. 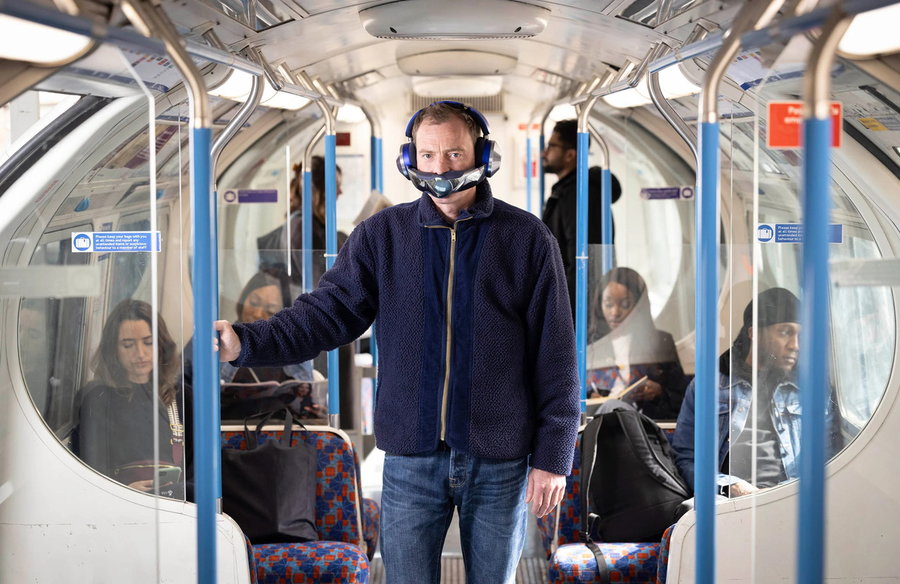 The Zone has three different modes for noise cancellation. Raising the face visor turns on isolation mode, with active noise cancelling to eliminate distractions. When you lower the visor, you activate conversation mode, disabling noise cancellation. Transparency mode is somewhere in between, filtering most noises but allowing important sounds like car horns and sirens to come through. Dyson says the Zone delivers immersive high-fidelity sound, so you can listen to music as it was meant to be heard wherever you go. 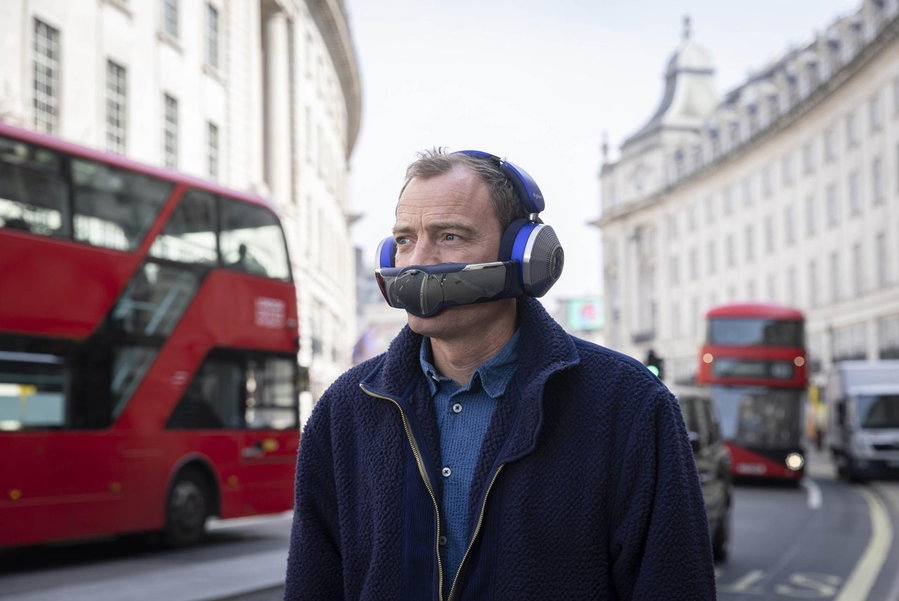 Is anyone actually going to wear these? That remains to be seen when they become available this fall. For one thing, they’re quite large and look fairly heavy. They’re also impossible to ignore. Early adopters would have to be willing to withstand a lot of weird looks in public at a time when mask wearing has become politicized and equated to being silenced (at least in the United States). But it’s also possible that all the mask wearing of the last few years will actually reduce some resistance to a product like this, and personal air filtration will become the norm. Call us crazy, but we kind of wish we could just cut down air pollution in general and skip the bulky wearables altogether.