Paper quilling artist Yulia Brodskaya teamed up with a Ukrainian refugee to publish her latest masterpiece, “Phoenix.” Depicting the profile of a woman whose hair appears to be bursting into a vibrantly colored bird, the piece’s entire creation process was filmed by Bohdan Rohulskyi, a native of Ukraine who recently fled from the war-torn country. A videographer by trade, he created short video stories of Brodskaya presenting several of her favorite paper portraits, including this newest piece. 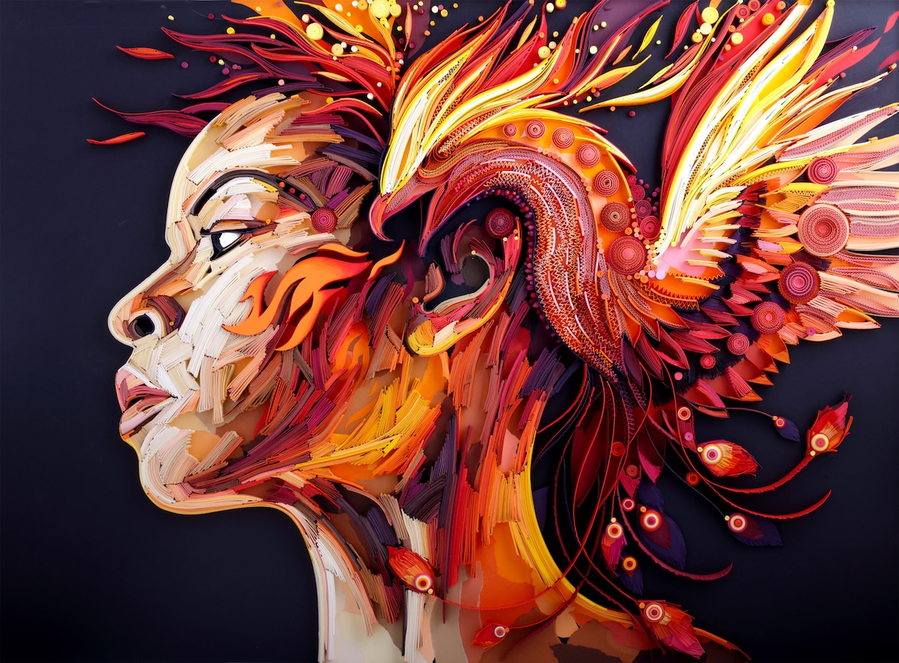 “This is how this little collaboration came about, exactly at the time when I just started a new fiery paper artwork — the Phoenix,” the UK-based artist said in an Instagram post alongside Rohulskyi’s video. “It seems symbolic because Bogdan’s life in Ukraine has been burned to ashes, but from the ashes a new chapter of his life is rising and beginning to take flight here in the UK.” 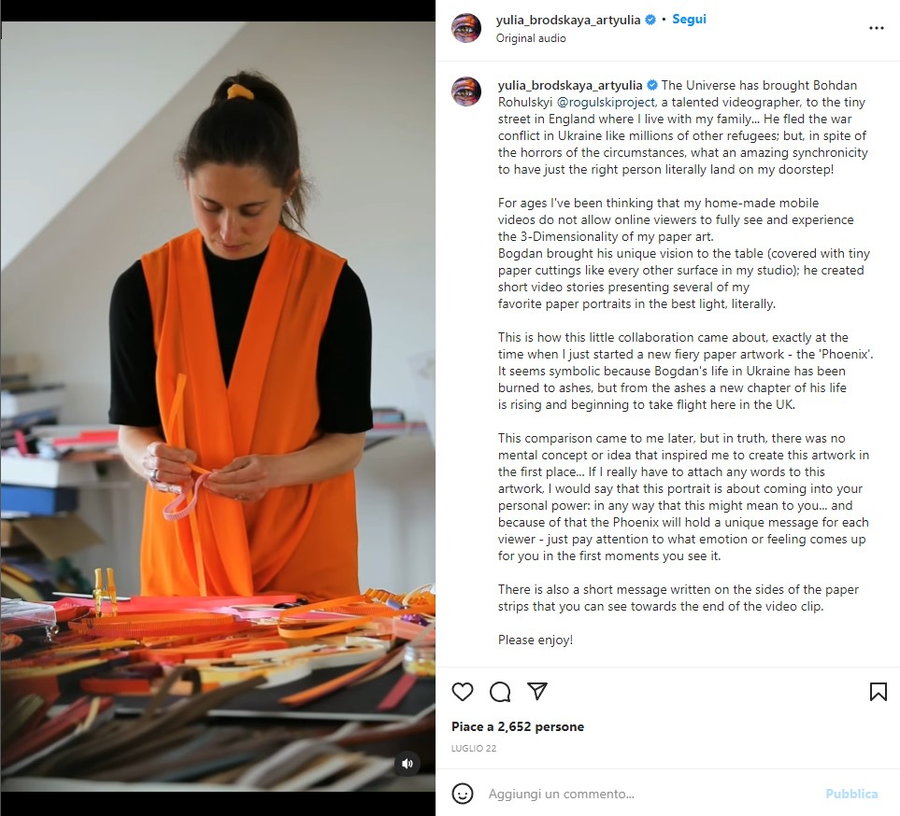 However, Brodskaya admits that the poignant comparison only came to her after the fact. “In truth, there was no mental concept or idea that inspired me to create this artwork in the first place.”

“If I really have to attach any words to this artwork,” she continues, “I would say that this portrait is about coming into your personal power and burning down…old patterns and beliefs in order to give rise to your Higher Self — the part of you that is pure light.” 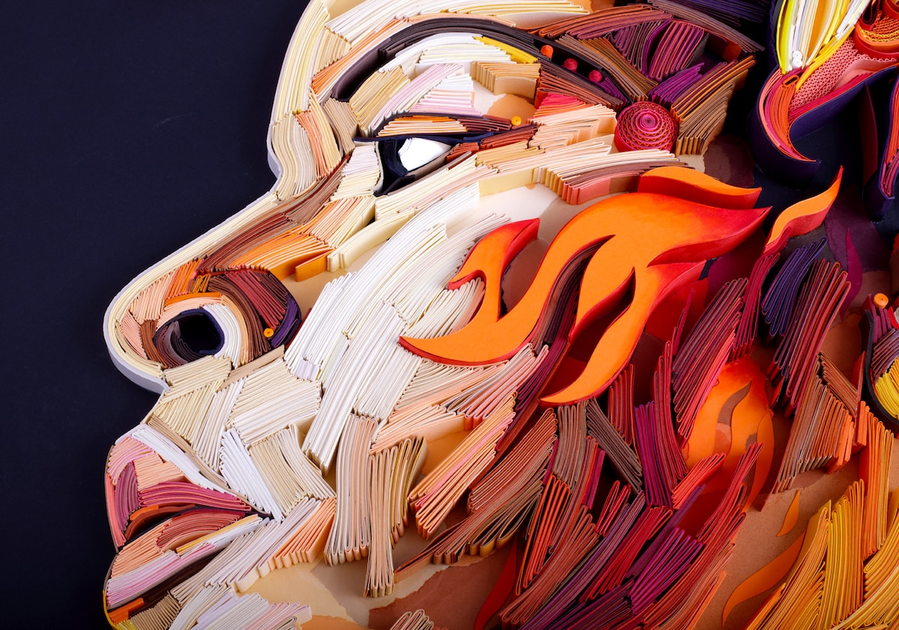 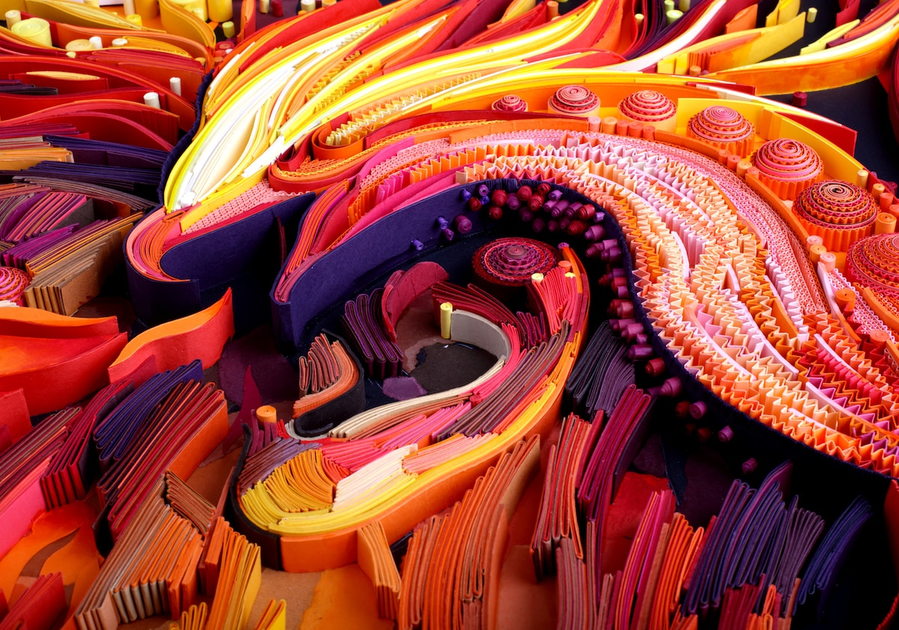 “Yet every time you take courage to follow your heart and your true self, the fire of the Phoenix gets stronger… until it is no longer possible to suppress it,” Brodskaya adds. “…Phoenix comes out in its full glory to purify and burn down everything that no longer serves the real you.”

The details on the face and bird are exquisite, with intricate tiny folds, cuts, and curls. Bright yellows, oranges, and reds explode across the black background of the three-dimensional art. The entire portrait is composed of only paper and glue. And as an extra delight, Brodskaya included a hidden message written in pen on a few of the feathers: “Watch me rise like a Phoenix, from the ashes, to become a heroine, of my own legend.” 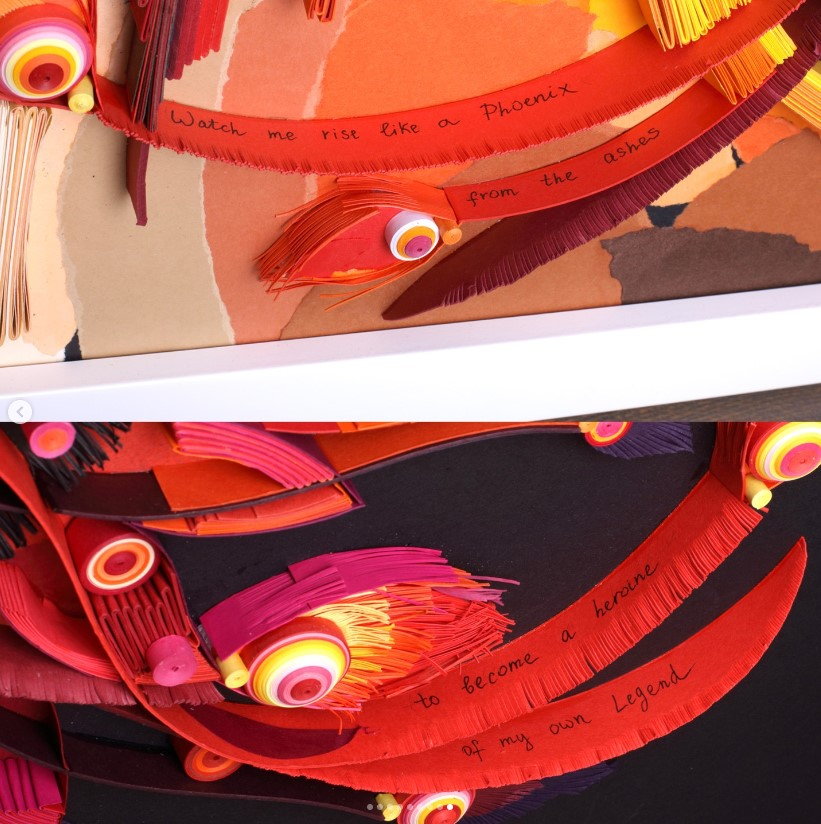 Brodskaya got her start as an artist in 2006 when she got her first job as a graphic designer and illustrator. However, she soon gave up digital design to embrace her passion for hands-on art in the form of paper quilling.

“Paper always held a special fascination for me,” she says on her website. “I’ve tried many different methods and techniques of working with it, until I found the way that has turned out to be ‘the one’ for me: now I draw with paper instead of on it.” 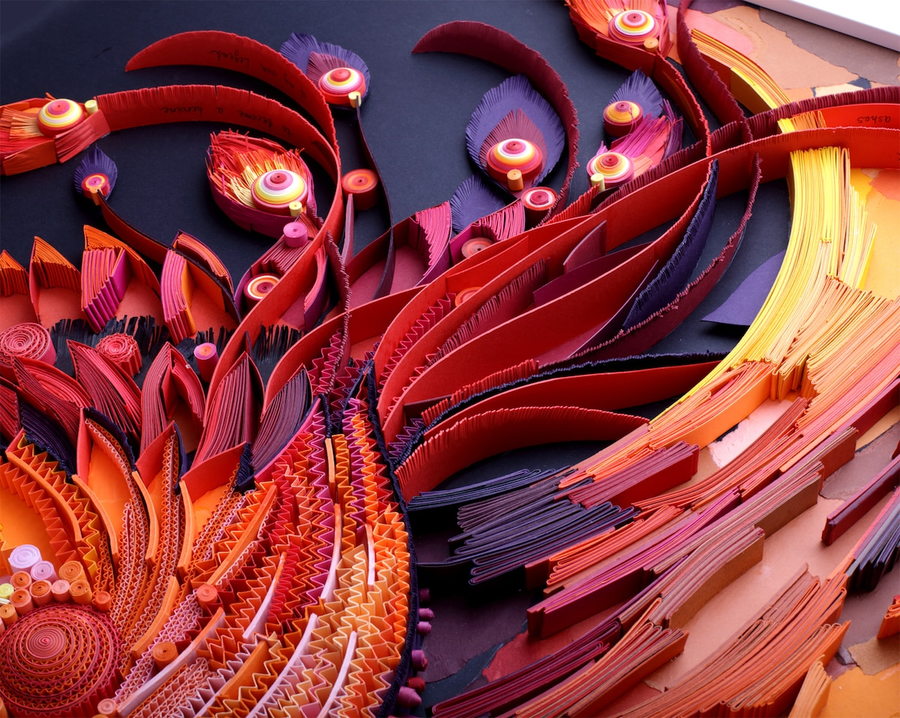 Brodskaya’s unique and dramatic style has quickly made a name for her among art-enthusiasts and celebrities. Among her 200 projects and commissions over the past several years, she has made paper paintings for Oprah Winfrey, Nieman Marcus, Paramount Pictures, Hermés, the Country Music Association, Starbucks, and Target, to name a few. She has also authored a book entitled Painting with Paper: Paper on the Edge that sheds light on her creative process. The artist posts all her latest pieces on her Instagram and Facebook accounts.