It’s not quite in its final intended form, but XPeng’s AeroHT X3 has already achieved something most people didn’t think was possible anytime soon: lifting a street-legal passenger vehicle into the air using electric power. The Chinese automaker successfully completed a test flight of a simplified prototype version of its AeroHT X3 flying car, which is incredible enough in its own right. Even more surprising might be the fact that the company has enough financial backing to move full-steam-ahead on developing a real, marketable electric flying car that can drive around on the roads and then lift off vertically on demand.

If the prototype looks like a quadcopter strapped onto the roof of an ordinary car, that’s because it basically is, at least for now. While the original HT Aero flying supercar design is more compact, with two electric rotors on articulating arms that fold away under the car’s rear bodywork, the working prototype required a few tweaks. It has an eight-rotor coaxial vertical lift system to add redundancy in case of failure, itself contained within a giant box atop the vehicle. The arms fold into this box instead of the body of the car, and the whole thing weighs an eye-watering 1936 kilograms (4,268 pounds). 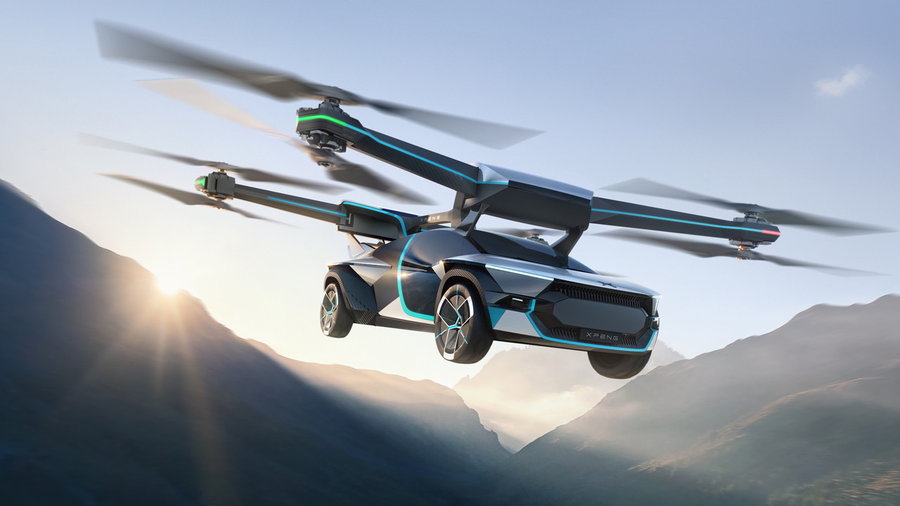 “In driving mode, it is comparable with any conventional cars in terms of functionality and measurement,” says XPeng. “In flight mode, the flying car is piloted using the steering wheel and the right-hand gear lever as controls to move forward and backward, make turns, ascend, hover, and descend. Subject to laws and regulations for the low-altitude airspace, it can take off and land vertically and fly over traffic congestion, obstacles, and rivers to meet a new host of short-distance mobility needs.” 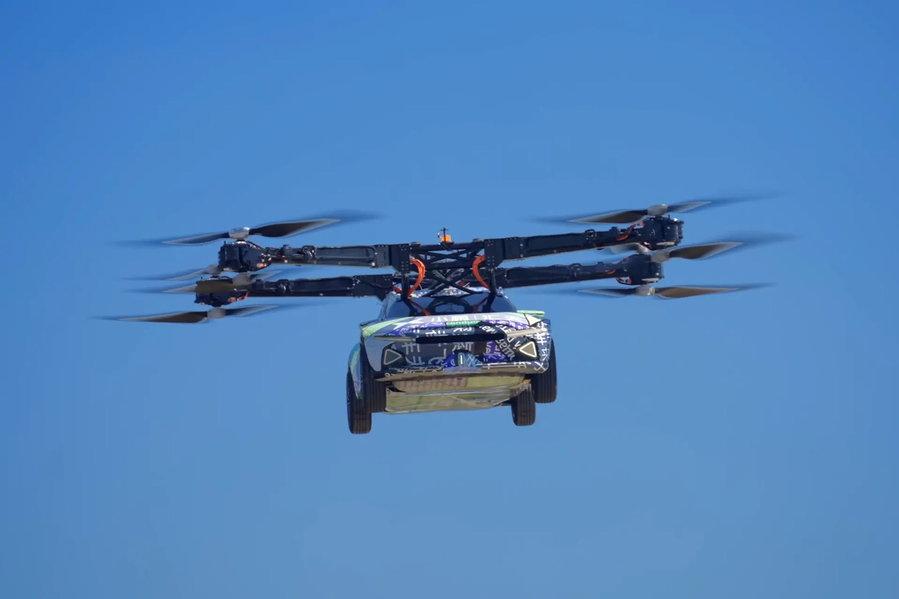 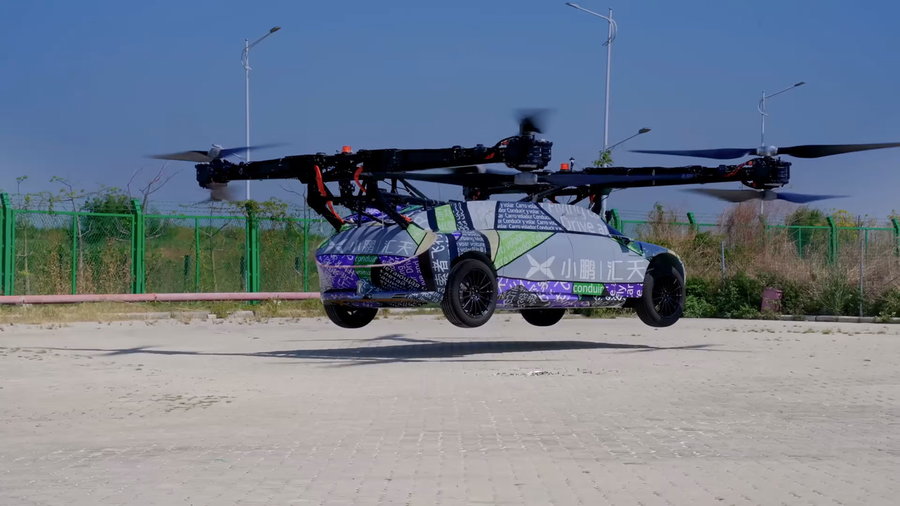 The test flight took place on October 24th, just days after XPeng showed off the capabilities of another one of its flying vehicles, the X2, at GITEX Global 2022 in Dubai. The X2 essentially looks like a massive drone with a lightweight carbon-fiber body and enclosed cockpit. When empty, it weighs 560 kg (about 1,235 pounds), and its quad-battery pack can keep it airborne for about 35 minutes. A built-in parachute can also bring it down to the ground in case of a complete powertrain failure.

As you might have guessed, the X2 isn’t exactly legal to cruise around on the streets. It’s too lightweight to pass safety tests in most countries, and its rotors don’t fold away. That’s what makes the X3 both more appealing and many times more challenging to actually develop, as it requires separate powertrains, suspension systems, wheels, and other features for road driving that aren’t required in a vehicle that’s only meant to fly. That also puts a lot more strain on the battery system, which is incredibly heavy in its own right. 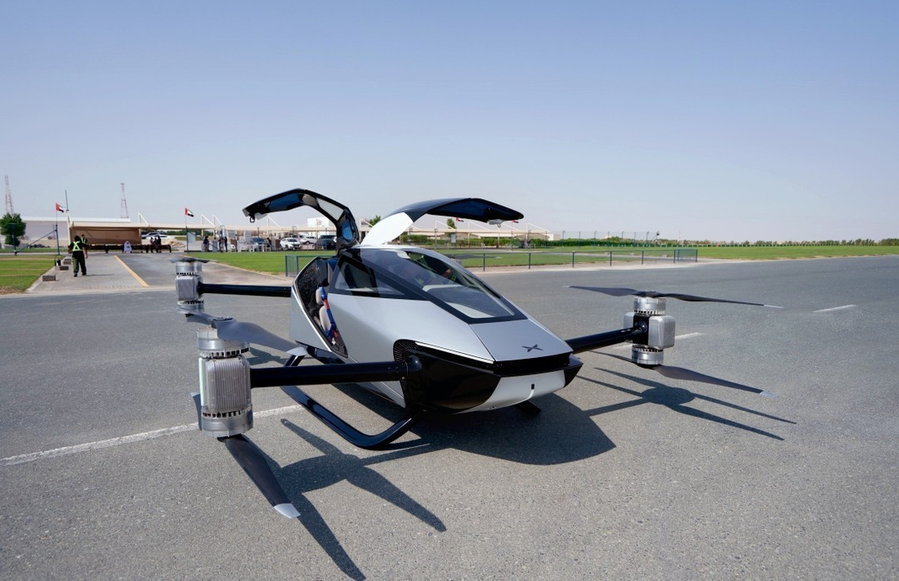 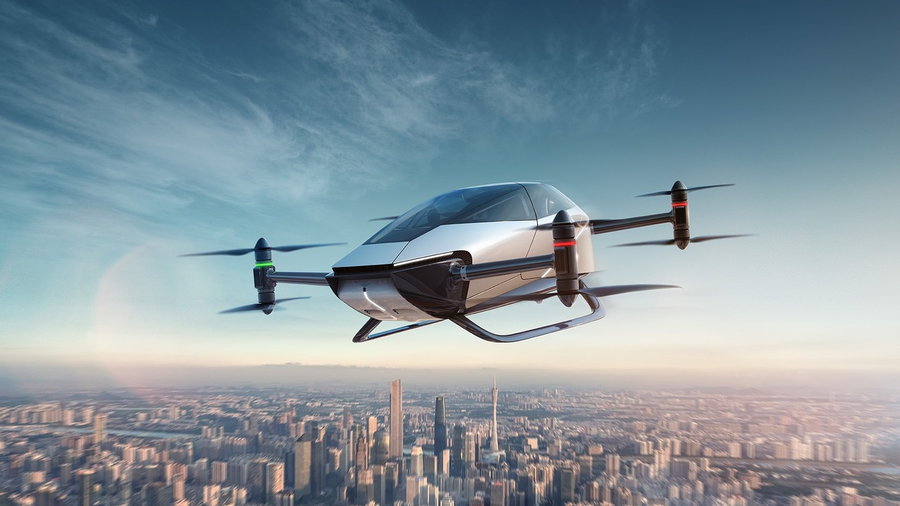 Once the AeroHT X3 is refined to look closer to renderings than the current prototype, it will likely look less boxy and awkward. It’ll also lose its appearance as an add-on kit that could transform any old car into a flying vehicle. It kind of seems like a shame that the company can’t actually pull that off, though it’s understandable that the vehicle itself would need to be customized in order to work with the flying system.

Who knows what XPeng will ultimately come up with, considering that the company just got approved for $6 billion yuan (about $844 million USD) in funding from four banks to support its research and development. Last year, they received the largest Series A fundraising in the industry and accumulated more than $500 million. XPeng plans to use those funds to establish a supply chain and build production facilities for the X3 by next year, with potential sales releases in 2024. 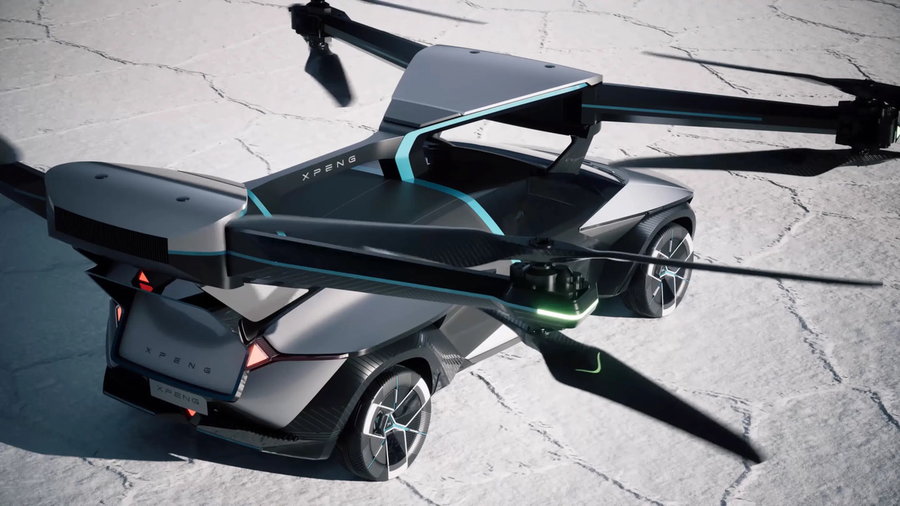 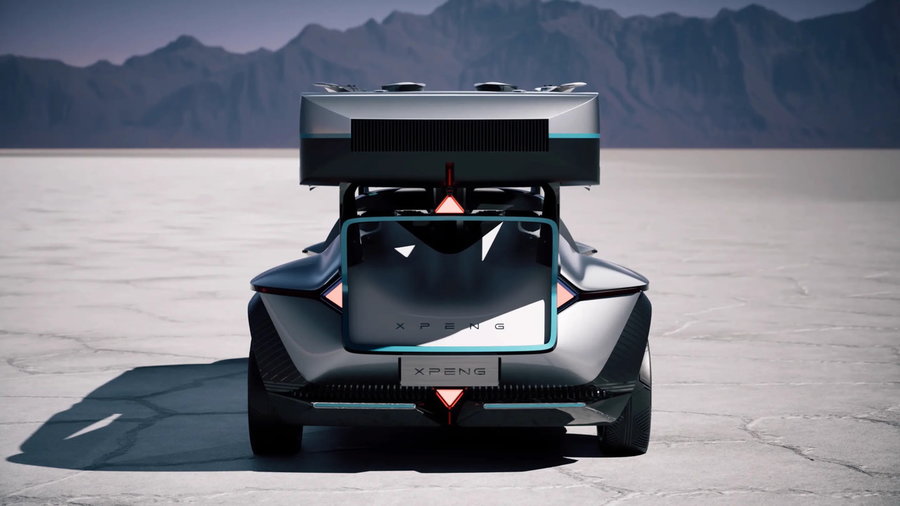 Naturally, that timeline will probably change. It will take a lot of reliability and safety testing to pass muster with regulations, but Chinese authorities have indicated that they’re willing to give automakers some leeway with the law in order to promote aggressive tech development in the country.