An exhibit showing off models of futuristic cities shouldn’t be displayed in just any old space. It calls for a setting that’s forward-thinking, and one that sets the mood for the contemplation of innovative possibilities. Shanghai’s Fengyuzhu Culture and Technology Co. turned to local studio Wutopia Lab to dream up something appropriately cutting edge, and the results hit the nail on the head. 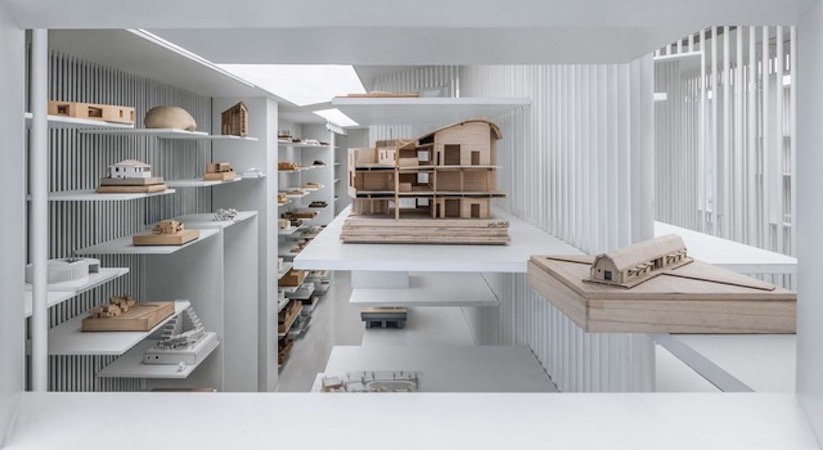 The Chinese architects created a museum within Fengyuzhu’s headquarters that contains all of the miniature architectural models within a structure that itself acts as a mega-model of a future city. The museum’s hallways and rooms mimic the roads, sidewalks, and buildings of an urban environment.

But there’s one big change here from any city we’re used to. Instead of building out, Wutopia imagines building up. White cantilevered platforms stagger the smaller-scale models into airy vertical layers connected by thin steel columns that also act as translucent walls within the museum. 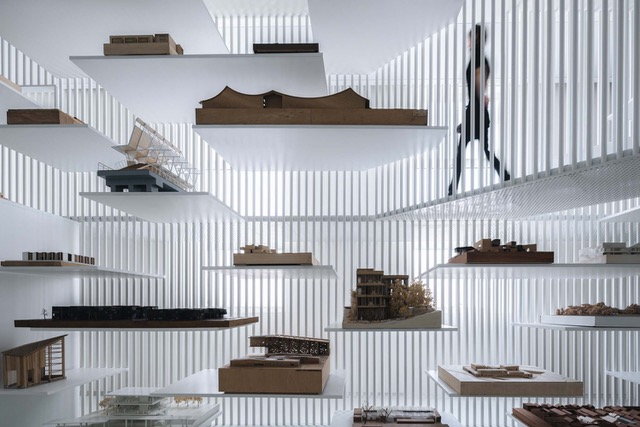 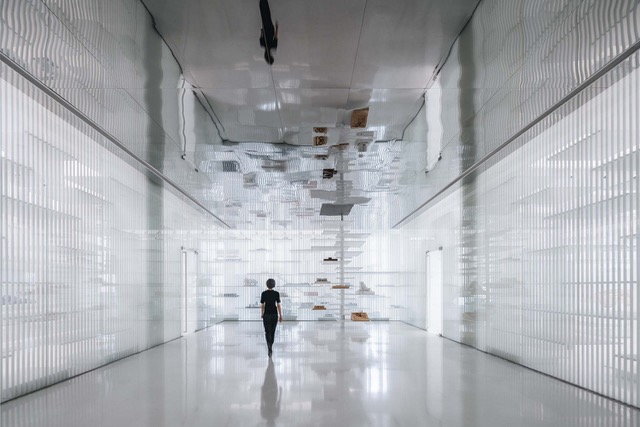 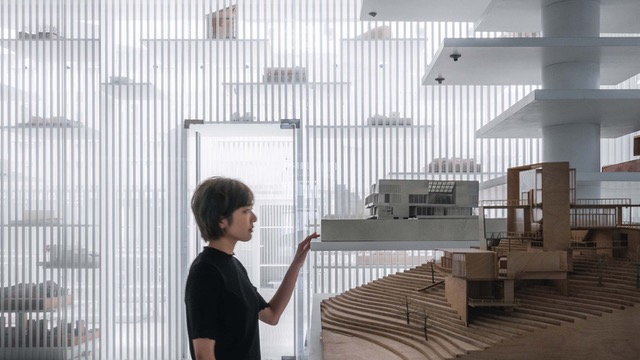 Li Hai, Fengyuzhu’s founder, asked Wutopia Lab to take inspiration from an architectural model museum in Tokyo called Archi-Depot. The firm’s principal architect Yu Ting explains: “When I looked through the photos of Archi-Depot, an idea popped into my head: since the museum focuses on models of various built or unbuilt projects, if we look at these vastly different projects from a macro perspective, and ignore the difference in region and time period, they can form a world together.”

“Therefore, I decided to make the entire museum into a mega model of [a] future city. The collected models become different components of the future city’s fabric, with each of them divergently predicting a different future. Such an architectural model museum is truly meaningful at an architectural level, and I defined it as ‘Models in Model.’” 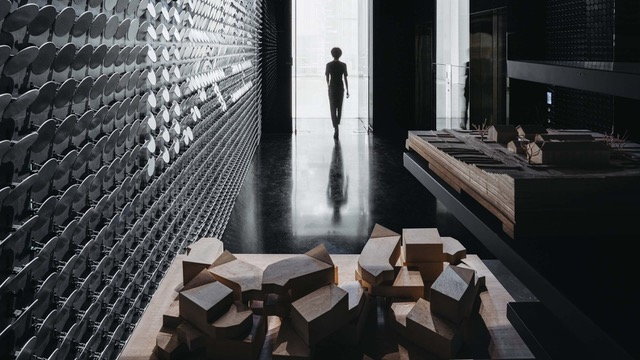 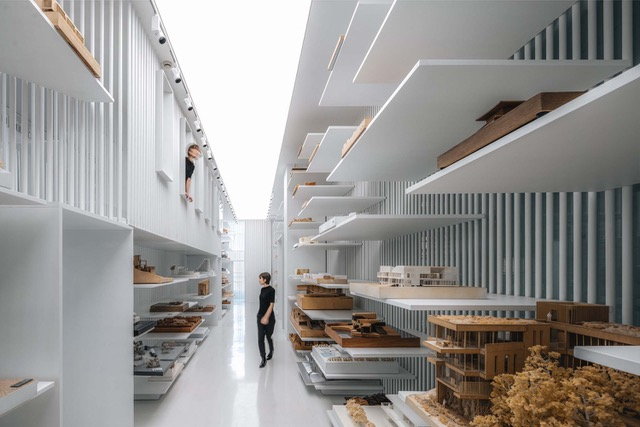 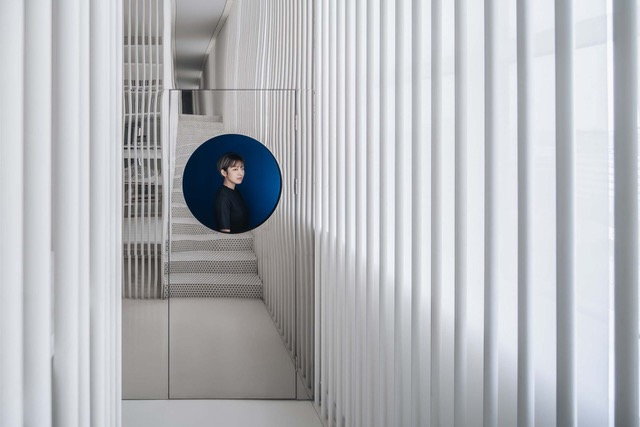 Ting adds that “the dense models on Archi-Depot’s shelves remind me of A.B Walker’s comic quoted by Rem Koolhaas in Delirious New York, which was firstly published in a magazine in March 1909. Koolhaas thought it represented a utopian imagination of skyscrapers. In 2011, my PhD thesis cited this part of text and image in Koolhaas’s book. I think that the imagination of skyscrapers from Europe to North America in the early 20th century formed the prototype of a vertical city. This inspired me to make the museum as a model of a future vertical city.”

In order to maintain visual focus on each of the individual physical models, the architects kept the “city” of the museum abstract. A total of 5,653 round steel pipes became the basis of the design, which Wutopia Lab calls “Last Redoubt” in honor of the 1912 science fiction novel The Night Land by William Hope Hodgson. 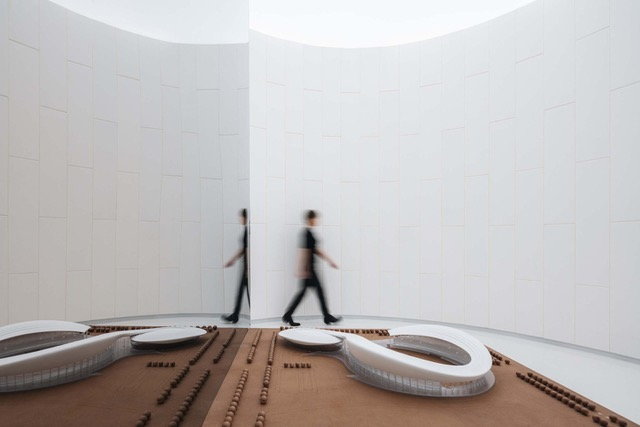 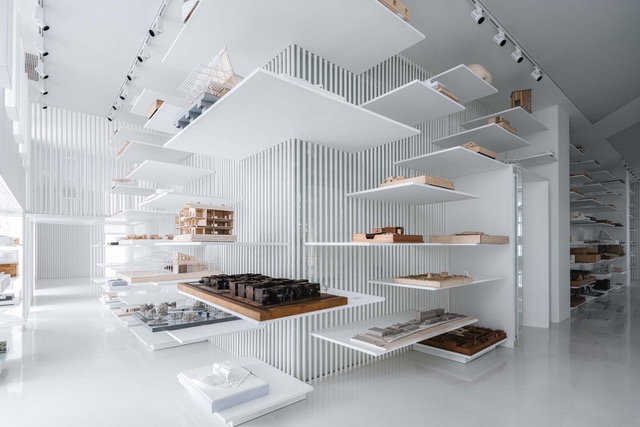 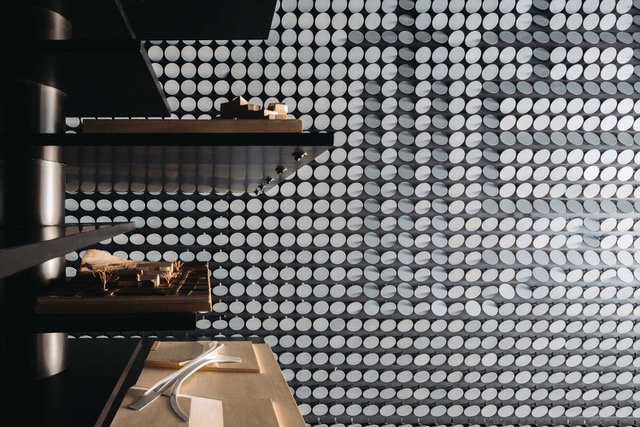 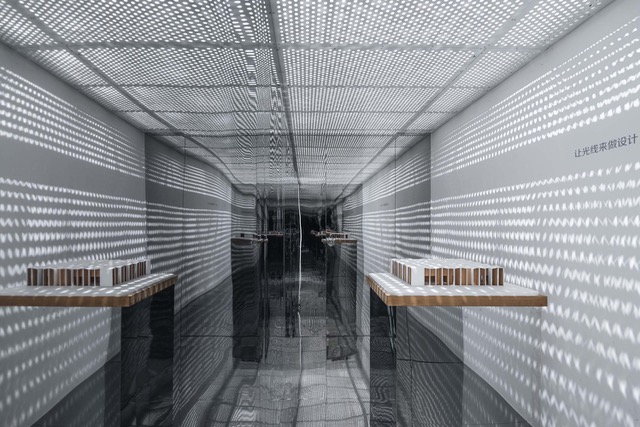 The rest of the “city” spaces in the museum are also named for fictional sci-fi sources, like “Thunder Dome” from Mad Max, “Tijuana” from Cowboy Bebop, and “Pod Bay” from 2001: A Space Odyssey. A special exhibition hall with perforated walls, floors, and ceilings is even named “Tyrell” to pay tribute to Blade Runner. The mood of each space subtly shifts accordingly.

Can you guess from the photos which one is which?