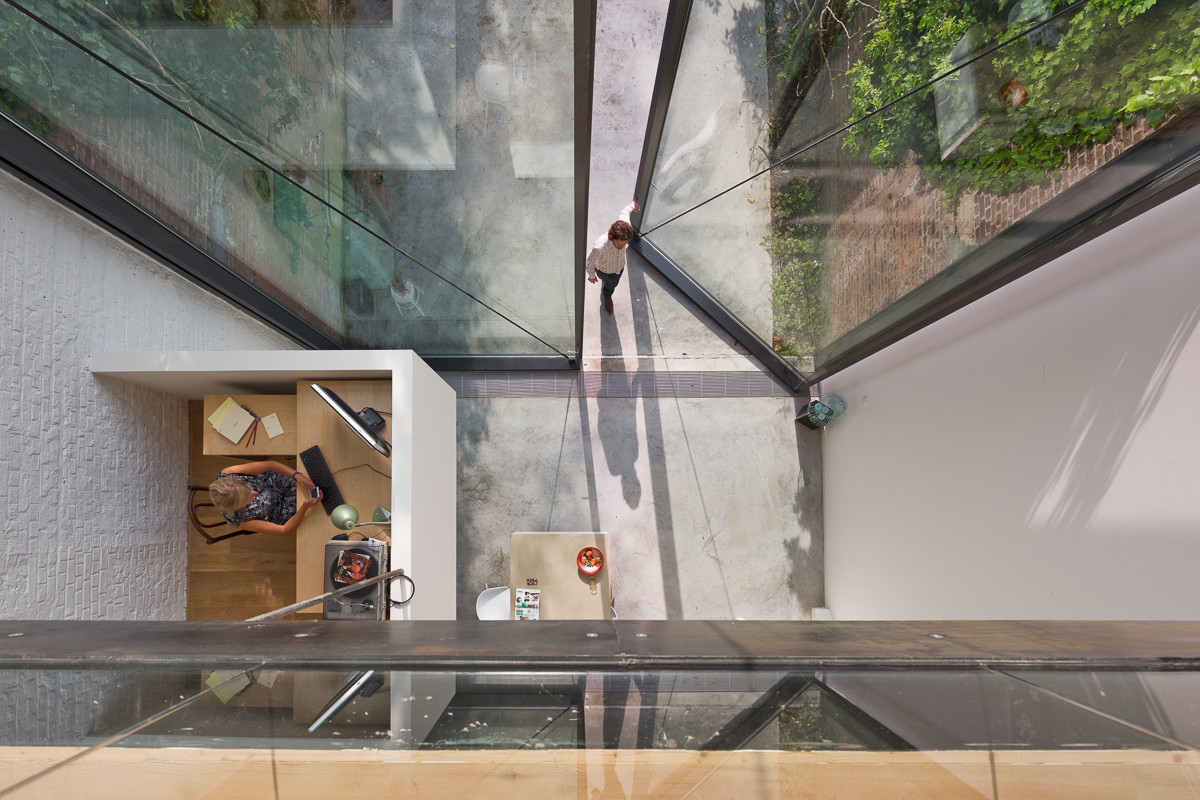 The world’s largest pivoting windows are so tall, they make a person standing between them look like an unusually realistic miniature figurine. Standing 20 feet in height and weighing nearly four tons, the windows open from the dining room of an Antwerp home into the garden outside. 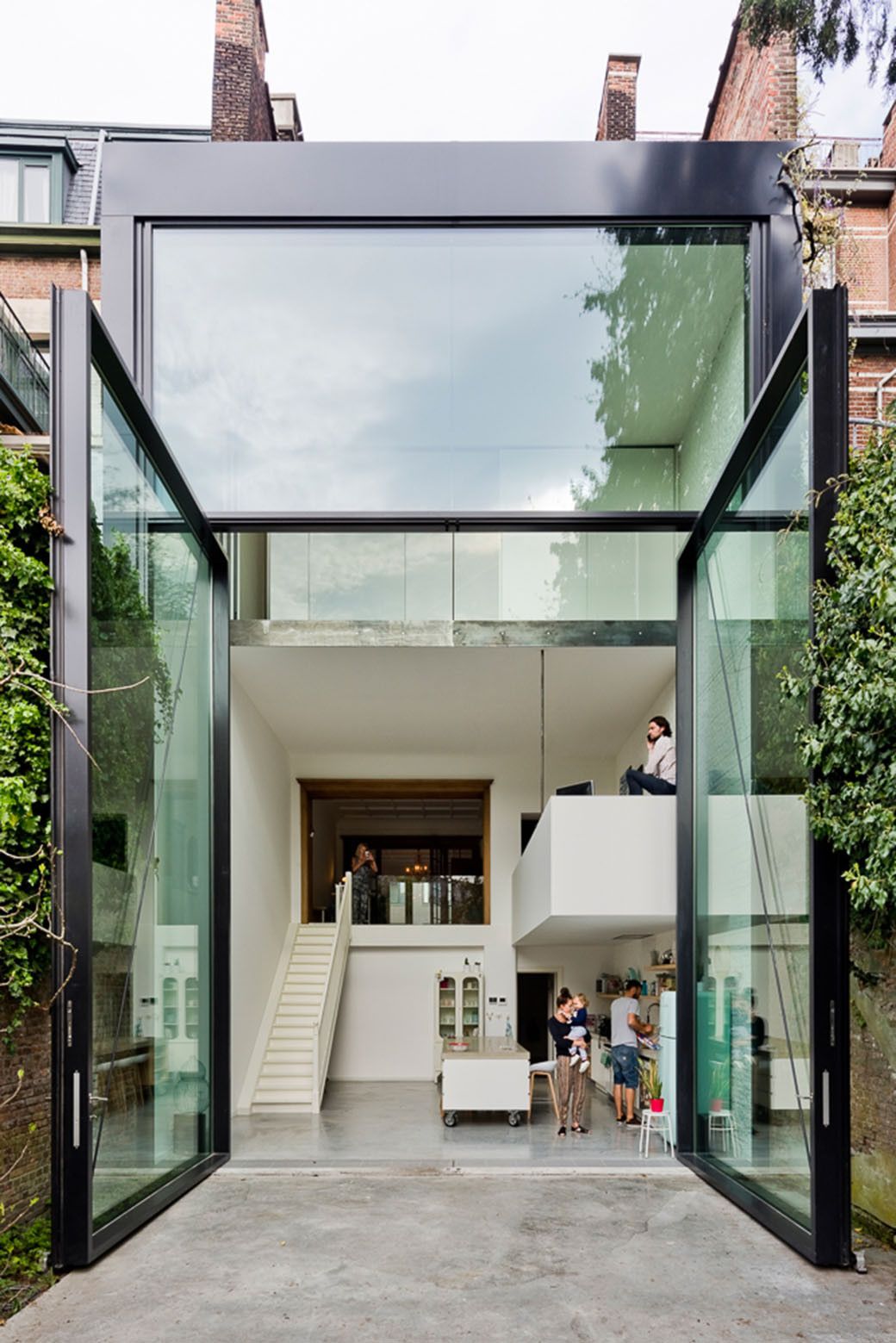 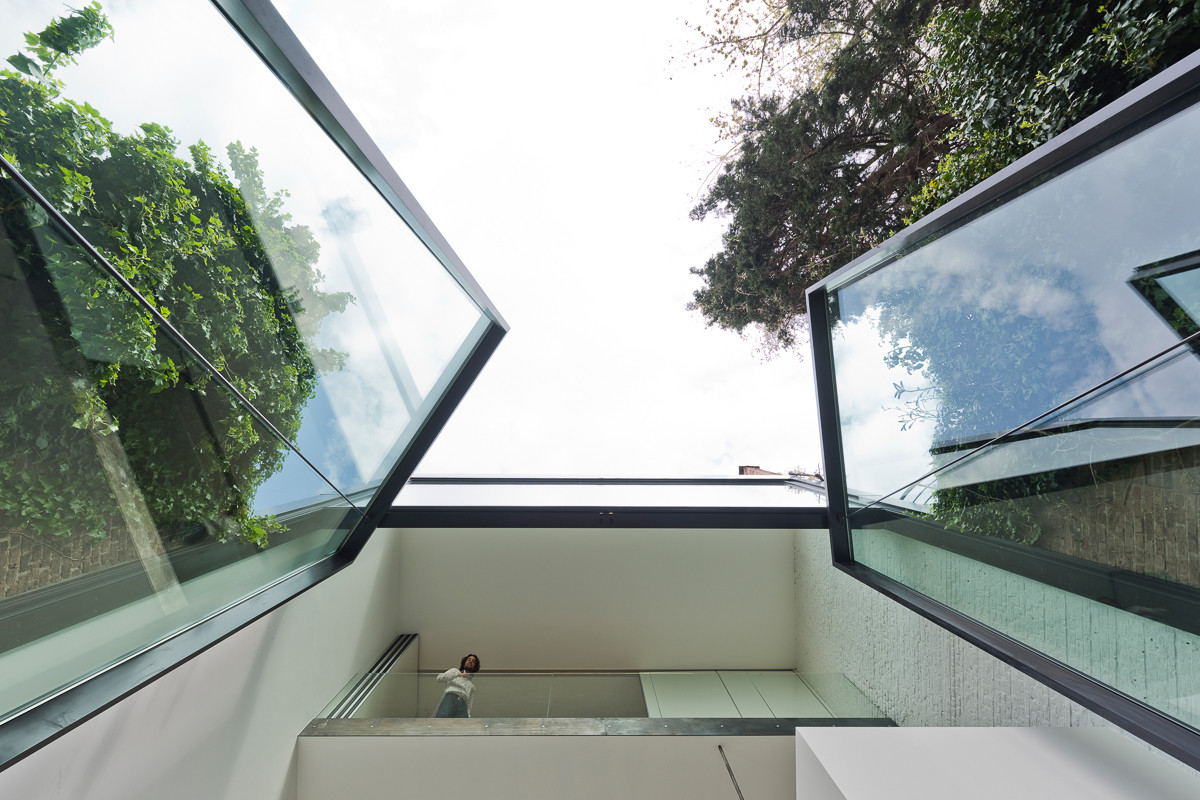 They’re part of a nearly all-glass extension to the home by Belgian architecture firm Sculp IT, connecting the original part of the residence to the outdoor space. A previous addition was demolished to make way for the glazed volume, which brings daylight pouring into the interior and lets the residents look out onto flowers and greenery. 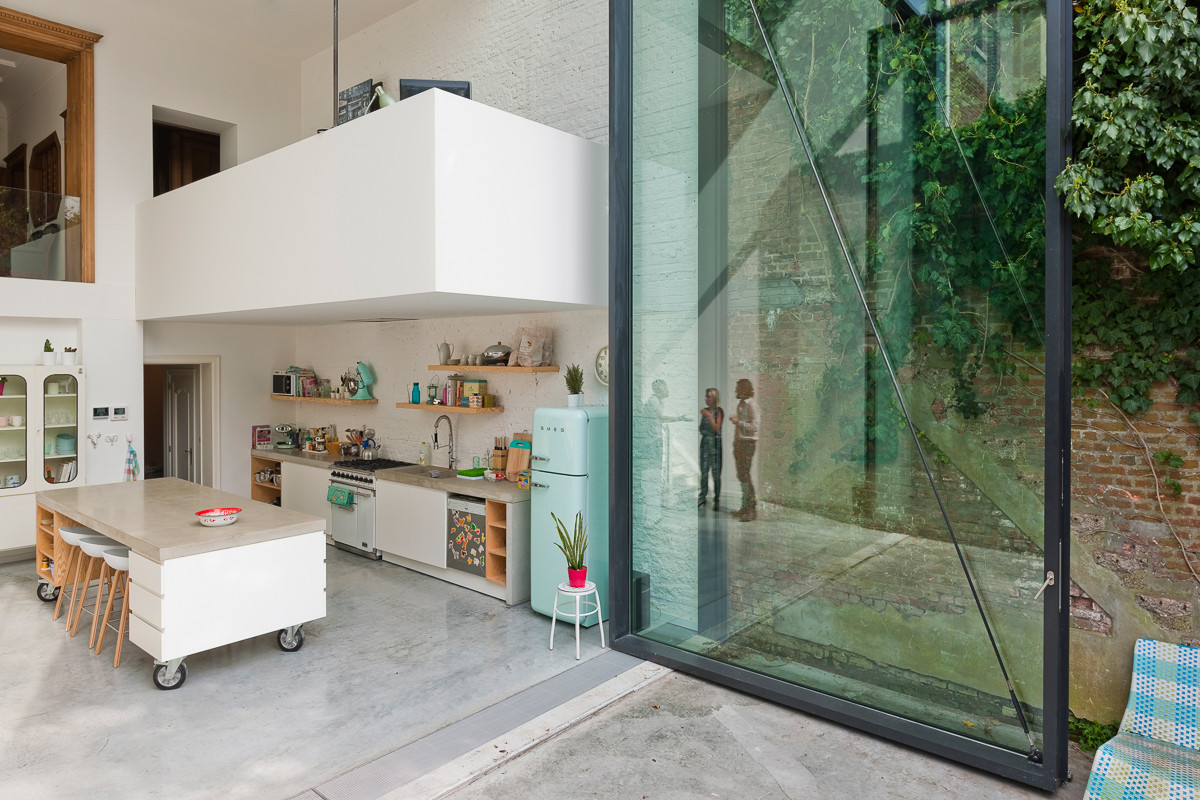 It’s the hardware that makes these glass “door” panels technically windows rather than doors. The firm went with a pivoting design instead of conventional door hinges. Clearly angling for its place in the record books, Sculp IT is also known for designing the narrowest house in the Netherlands, and the world’s largest floating swimming pool. 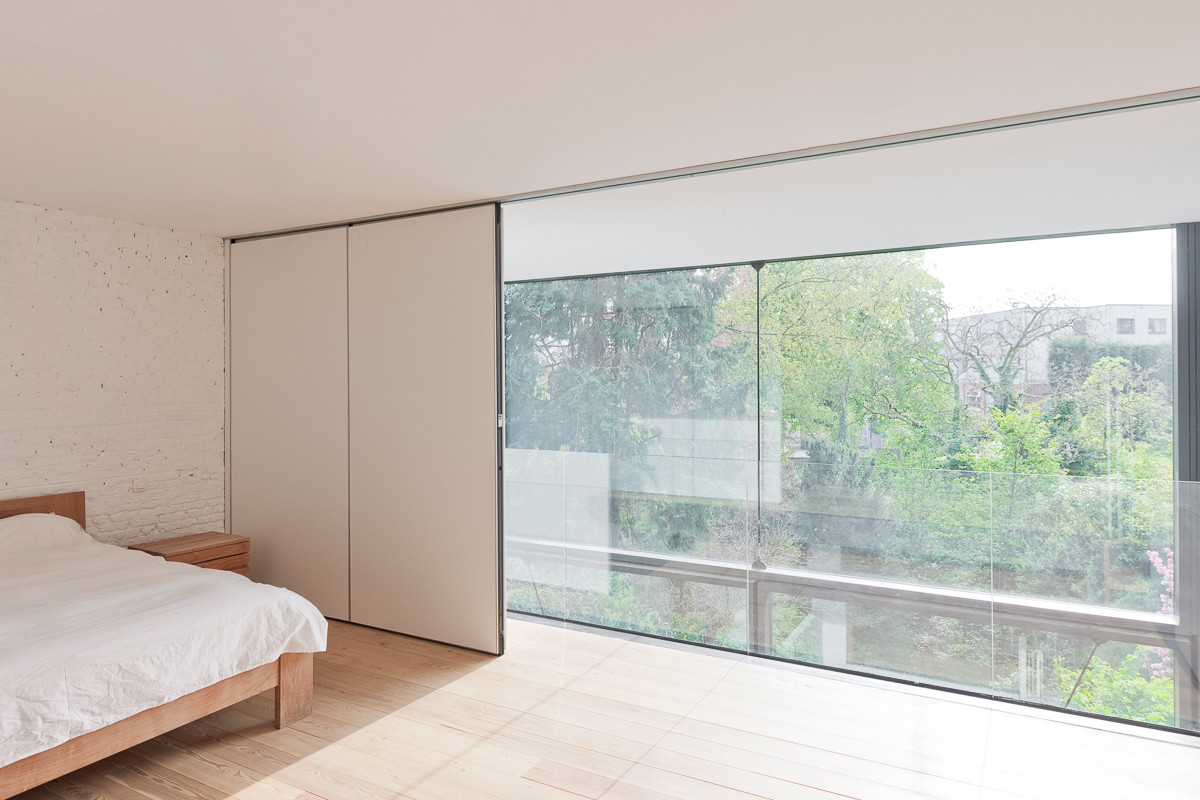 The addition features several lofted areas to make optimal use of the triple-height space, so the views can be enjoyed whether you’re cooking a meal in the kitchen or getting some work done upstairs. While the entire inside of the home has been modernized, its historic facade was left intact to retain its “bourgeois radiance.”

“A town house ready for the next century. The façade keeps its historical function and bourgeois radiance, neatly in line. The contrast with the rear is ample. All incorrect additions are replaced by a unit of space and light. Daylight and contact with the garden are introduced. The simple, contemporary glass rear has the world’s largest pivoting window – 3 meters wide by 6 meters high – and makes this house ready for the future.”