Ever wonder why almost all of our architecture is rectilinear? It’s mostly about ease of construction, since lumber and other building materials tend to be produced in standard dimensions. But building in straight lines and right angles doesn’t necessarily come naturally to most living creatures on Earth — not even to humans. After all, our most ancient architecture was much more organically shaped, better reflecting the ways in which we interact with the natural world. 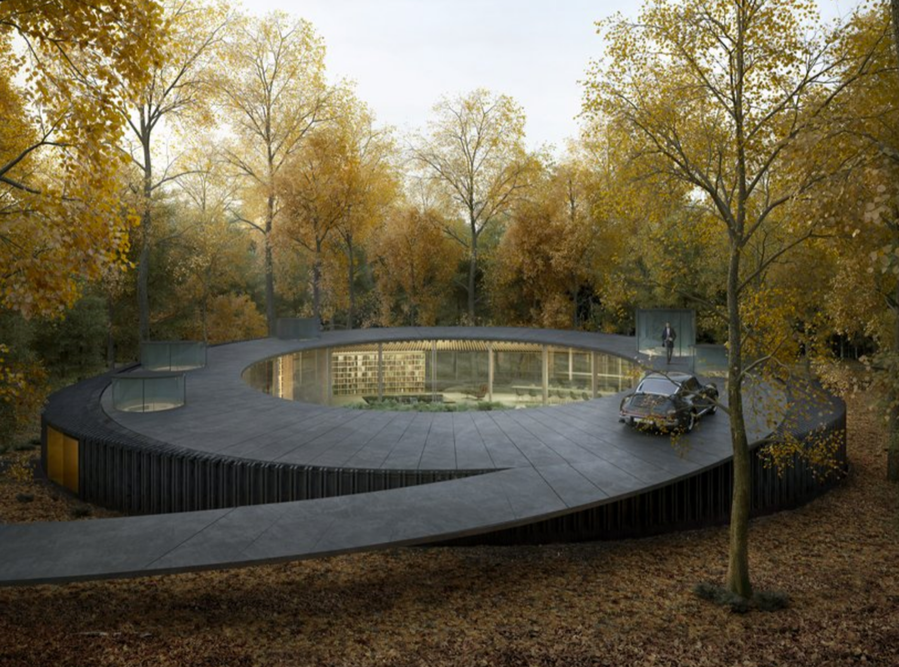 Round houses enjoyed a brief period of public fascination in the 20th century, from Buckminster Fuller’s geodesic domes to kit houses from companies like Deltec Homes, but they never really caught on. Today, they’re generally seen as curiosities. People often think round houses are impractical because it’s harder to fit standard furniture into them. But they don’t have to be.

“Wood House 2.0” by Paris-based studio Marchi Architects is a modern, almost futuristic vision of what a round house could be. Set in a dense forest of pin oak trees in Long Island, New York, the home’s most striking feature is the driveway that rises up from the ground to encircle its roof. If you’re thinking it’s impractical, you may be right. It’s especially hard to tell how the architects imagine the materials and structure of the house supporting the full weight of a car. That’s not to say it wouldn’t work at all, though, as other rooftop driveways exist all over the world. 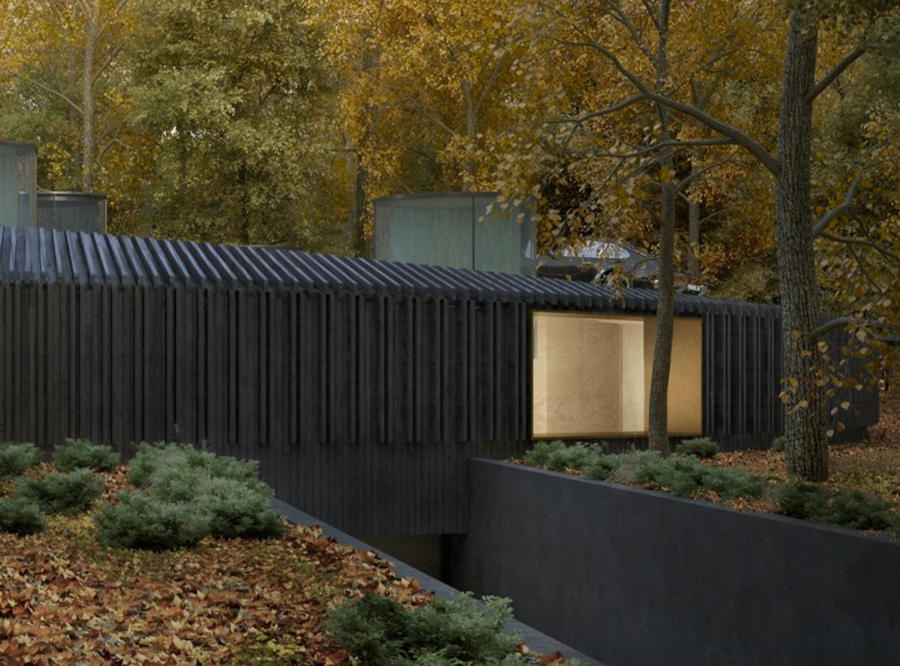 But even if you remove that feature, the house still offers an interesting perspective on residential architecture. The interior wall is fully transparent, facing a courtyard full of greenery that’s open to the sky above. That brings in plenty of natural light without sacrificing privacy, which means the design could work in an even denser neighborhood, too.

The circular layout of the home creates a continuous path from one living area to the next. There are no dead ends or spaces that feel cut off from the rest. Smaller circular openings cut into the ceiling act as giant skylights and offer a spiral staircase leading from the rooftop to the living room. 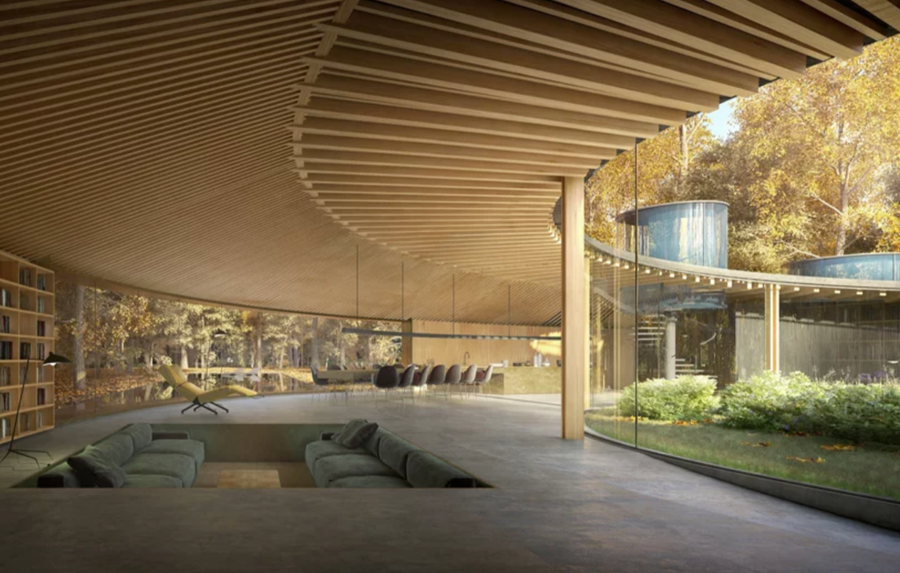 The architects paired warm, natural materials like wood with the heavy feeling of concrete for this design, and the result really does feel a bit like a monument. They explain: “Protected from the elements by the surrounding trees, the house provides a comfortable and welcoming space thanks to the careful choice of materials and textures. Facing outward, the facade presents a seamless surface that is punctured at intervals by generous windows that highly fame the views of the surrounding landscape, while the facade facing the inner courtyard space is entirely glazed, blurring the boundary between the interior living space and the hidden central space. The house also plays with symmetry, angles, and textures, and [makes] careful use of light and views.” 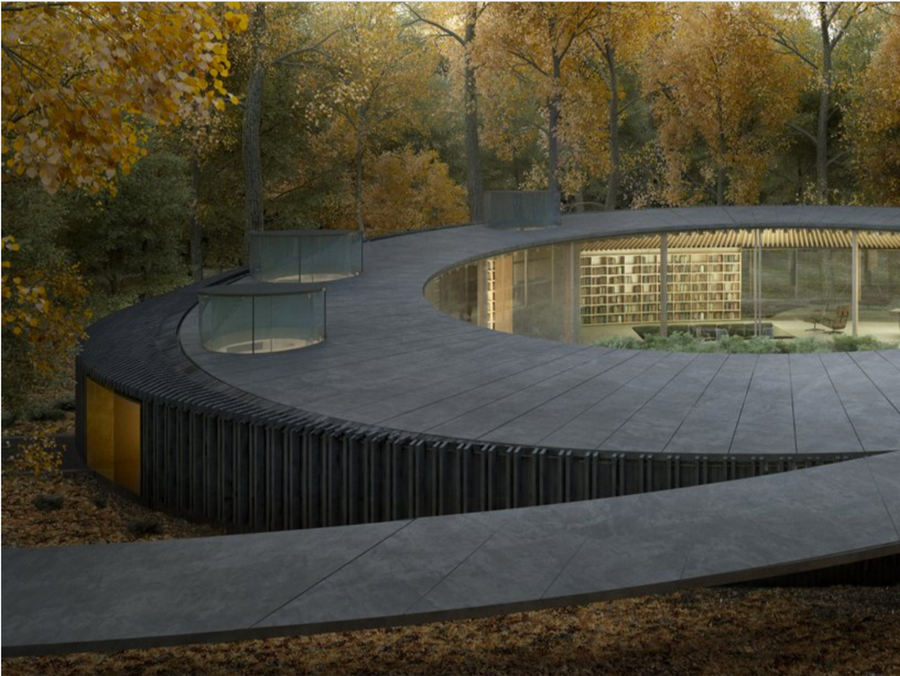 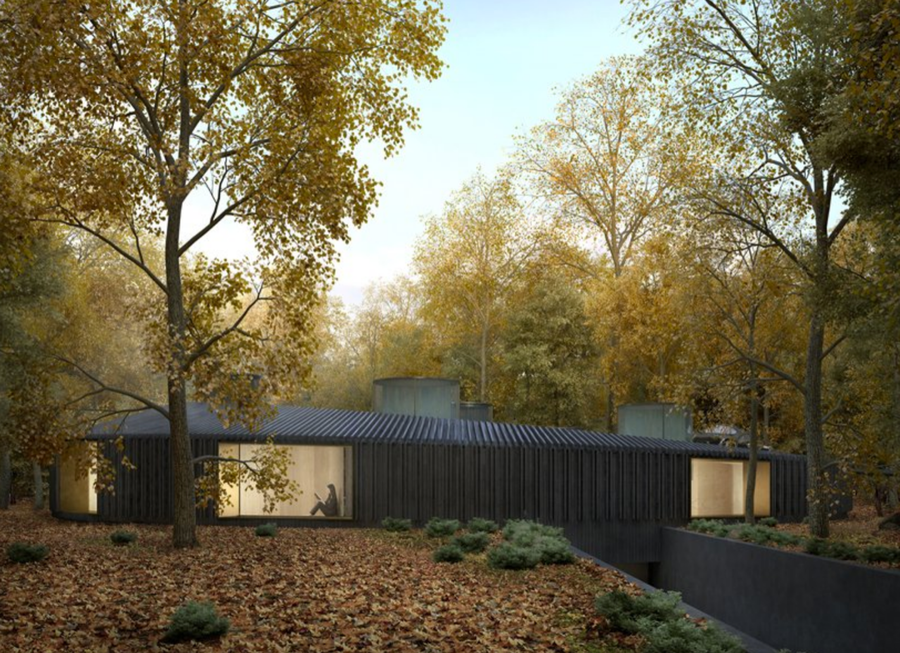 Whether or not it’s ever actually built, the Wood House 2.0 is a nice reminder that we don’t have to be limited to thinking inside the box when it comes to our homes and other buildings. It’s fun to imagine what we could come up with if architectural materials continue to evolve, giving us a little more room for creativity within an average project budget.