Whether you’re an action-addicted sports fan, a traveler with a passion for adventure and dramatic scenery, or a big-time movie director in the making, you’ll want to check out the Wiral LITE cable cam. This device lets you connect your GoPro or smartphone (or any other action camera, for that matter) to it and make movie magic.
The design team behind Wiral LITE joined forces with filmmakers, athletes, and explorers to develop a setup that would help amateurs drive their film quality up several notches without having to break the bank. 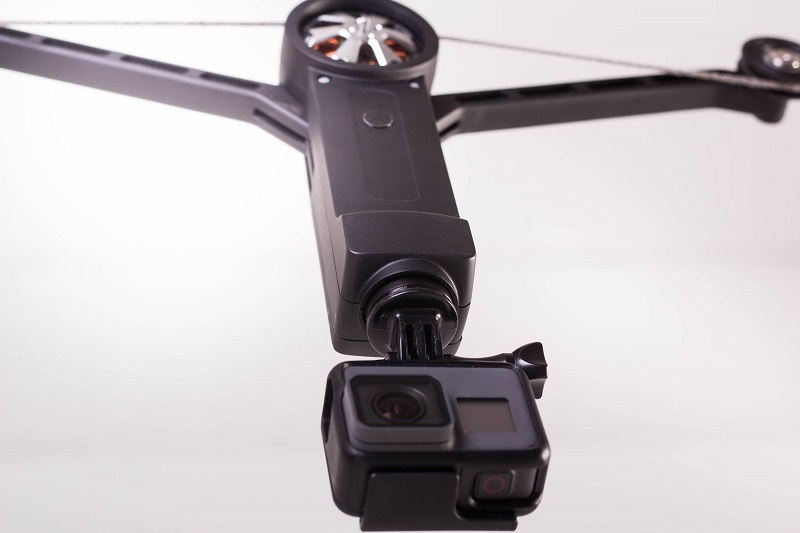 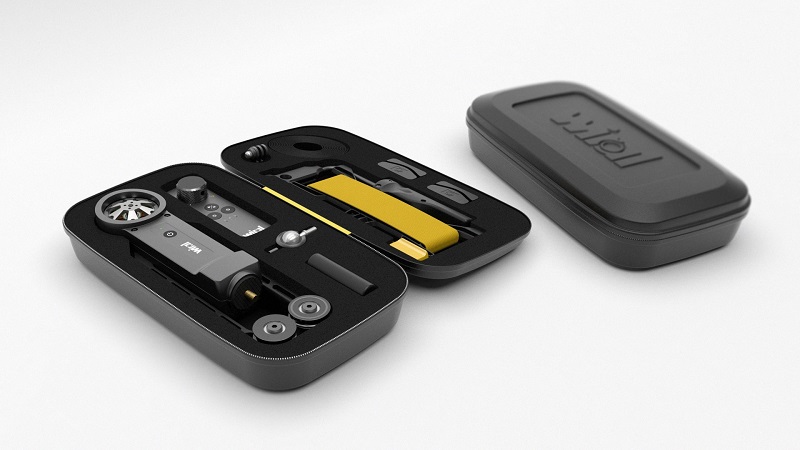 “We redefine amateur filming and make new and unique film angles available for everyone,” the cable cam inventors explain. “We believe that having professional-looking film should not be limited to professional filmmakers with expensive accessories.”
While drones are useful accessories for filmmakers, they are illegal in some settings and are also restricted when weather conditions prevent them from flying. The Wiral LITE, on the other hand, allows a camera to glide downhill next to snowboarders and capture the snow spray on every turn or weave through a dense forest trail with bikers as they dodge trees and other riders. It’s even great for filming unusual angles, such as those required when a stunt bike flips upside down off a jump. Now you can capture the whole trick in all its adrenaline-pumping beauty. 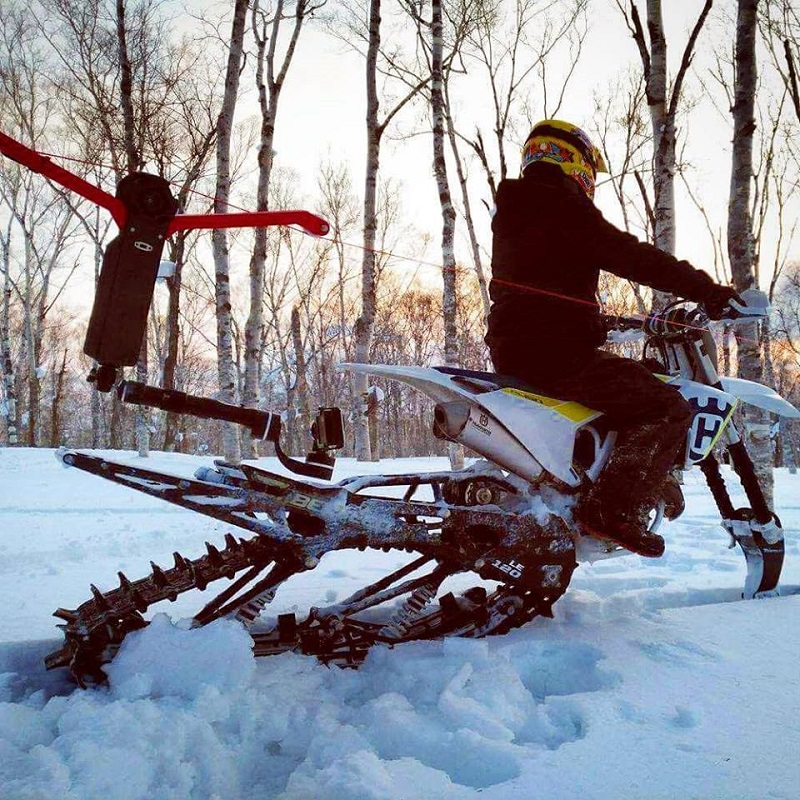 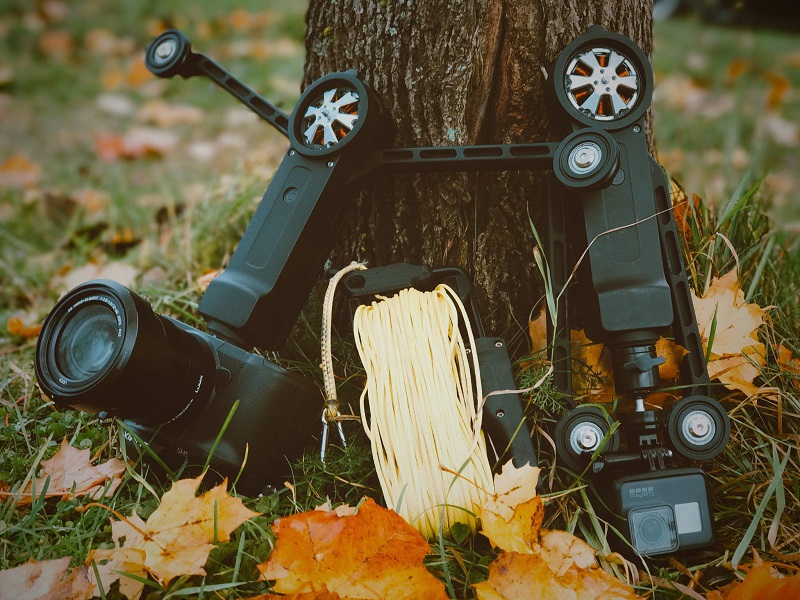 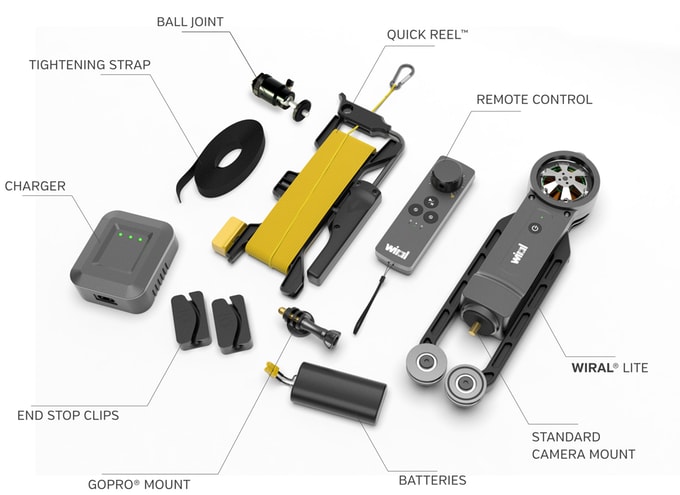 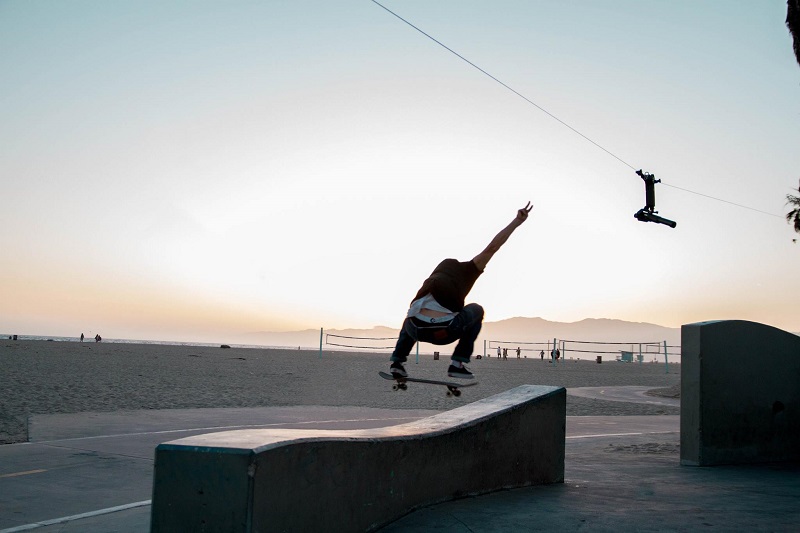 Another situation where the mount can be invaluable is in coaching. Athletes can film their performances so they can analyze their shortcomings and work on fixing them. For instance, A pole vaulter could attach the Wiral LITE high up on the gym wall and record their jumps to see why their trailing foot keeps clipping the bar. Coaches can also film races from various angles and review them with the athletes afterward.
Want to film in confined spaces? That’s not a problem either. And there’s no need to plan your film adventure very far ahead of time. Simply fold up the Wiral LITE, stick it in your backpack (it’s only 10 inches long), and set it up when you decide on the shot you want. It takes a couple of minutes max. When your shooting day is done, the patent-pending “Quick Reel” will help you retrieve the pulley wire in a flash. 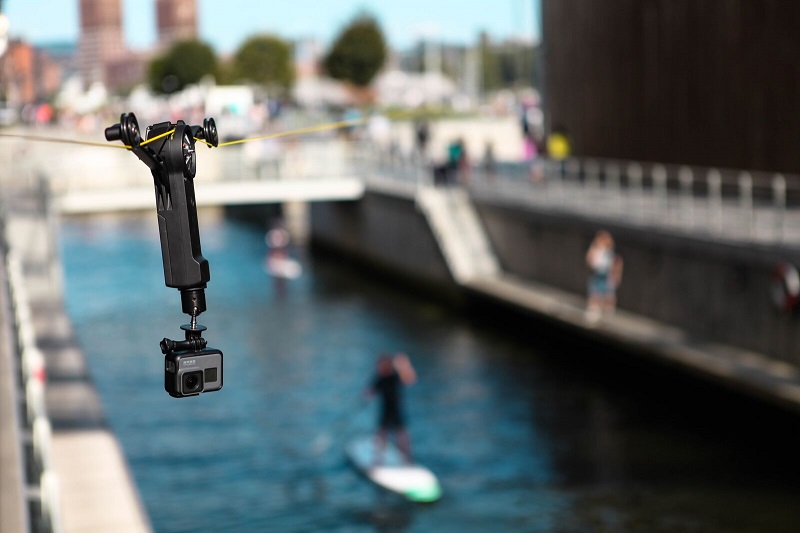 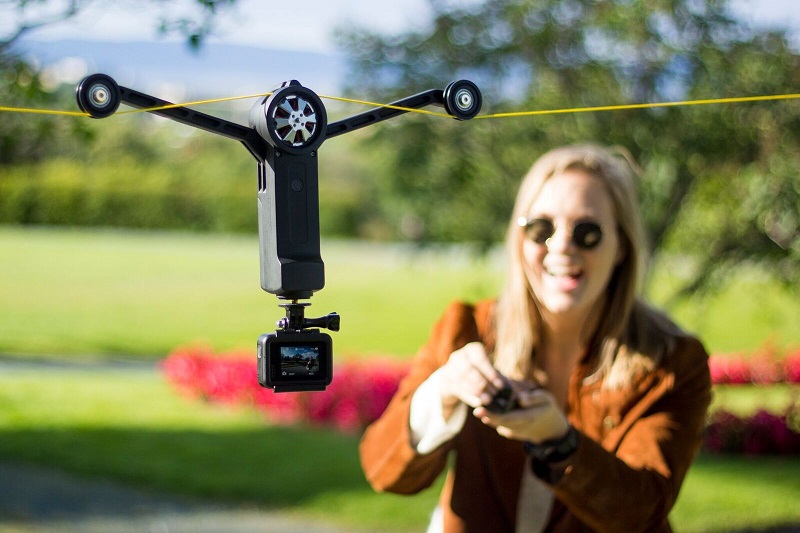 The Wiral LITE’s remote control makes it easy for the operator to adjust the camera’s traveling speed, which tops out at an impressive 28 mph. There’s a time-lapse mode, too, which has the camera cycle between three different speeds. Perfect sunset? You can now capture it from the first hints of pink right through to its dark-red finale. Cinematographers can take all the time they need to perfect their shots — the Wiral LITE’s rechargeable battery packs enough juice to film for up to three hours. 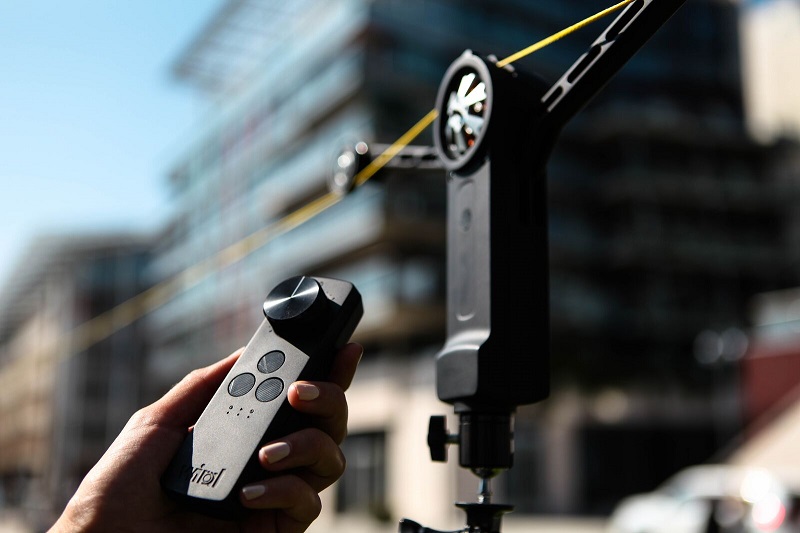 Continue reading below
Our Featured Videos
Unfortunately, you’ll have to be patient and wait till the spring to get your hands on this cable cam. After refining 37 prototypes into a single final product, the designers are almost ready to introduce the Wiral LITE to the filmmaking world. The device reached its crowdfunding goal in an impressive four minutes a couple of weeks ago, and the company hopes to begin shipping orders by May 2018.