Every year, the Congress for the New Urbanism releases a list of ten North American expressways that it feels should be removed called “Freeways Without Futures.” The list isn’t just an academic exercise without any meaning — it’s used by politicians, design professionals, and community groups to propose ideas for urban change.

In the mid-20th century, North American cities built expressways through many neighborhoods, subsequently giving suburbanites quick access to downtown. These expressways split neighborhoods, created psychological barriers, and resulted in a poor quality of life for those living in the area. Today, many of those same cities are looking to correct the mistakes they committed decades ago by demolishing these structures.

In Dallas, a group called “A New Dallas” is advocating that the city demolish the I-345, an expressway that cuts between downtown and the historic Deep Ellum neighborhood. Led by a group of activists, the group sees the removal of the highway as a way to bring over 22,000 new jobs, almost 30,000 new residents, more than $100 million in property tax revenue, and about $4 billion in investment to the downtown area. As a result of A New Dallas’ advocacy, the Texas Department of Transportation (TxDOT) has had to cancel its proposals to keep the expressway in place. Currently, the area adjacent to the crumbling structure is surrounded by vacant lots and streets that lack vitality. A New Dallas hopes that tearing down the one highway will have a transformative effect on some 245 acres of land near downtown Dallas. 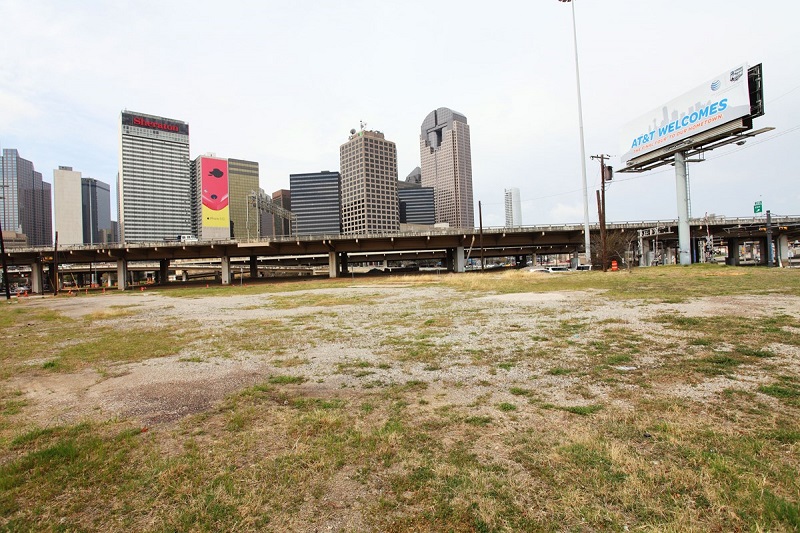 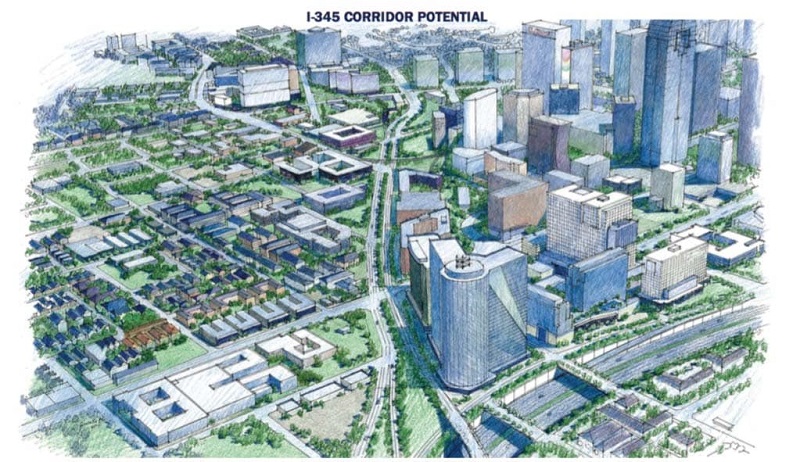 In some cities, the physiological barrier is not an elevated expressway, but one that’s below grade. When the I-375 was built in Detroit, for instance, it ruined many vibrant African-American neighborhoods adjacent to downtown. Today, Detroit is a city looking to downsize as its population decreases, and removing the I-375 is seen as a way to rejuvenate a large part of the city. Though Detroit does not have the funding to remove the expressway anytime soon, the city nevertheless sees the value of such an idea. 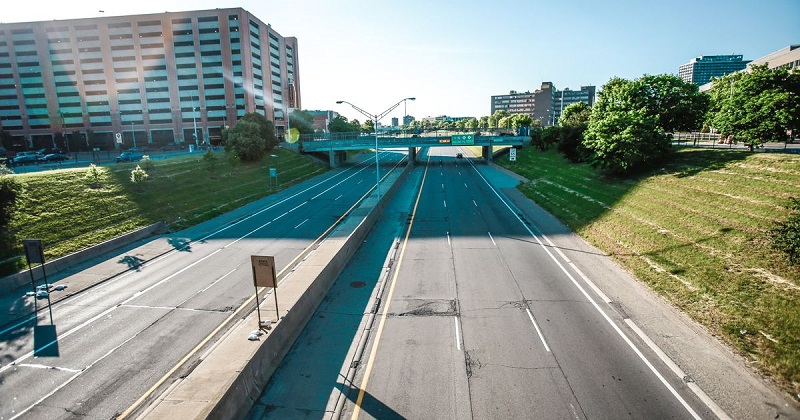 Political will tends to follow the will of the people. For that reason, it’s challenging for politicians to get behind the idea of removing an expressway without public approval. This scenario occurred in Toronto, where downtown residents and the city’s chief planner wanted the elevated Gardiner Expressway to become an urban boulevard, but the mayor, worried about losing support from suburban voters, wanted a partial dismantling of it. The latter is what the city of Toronto is getting. Even though the desire to remove the expressway was not met, that didn’t stop the public, some of whom are on the city council, and a couple of wealthy Torontonians from finding an alternative. They proposed an innovative solution to transform the area underneath the Gardiner Expressway into an at-grade, High Line-type of urban promenade called The Bentway (a name chosen by the public). When completed, The Bentway will be a space for pedestrians, cyclists, entertainment lovers, and people wanting to enjoy the city from a different perspective. 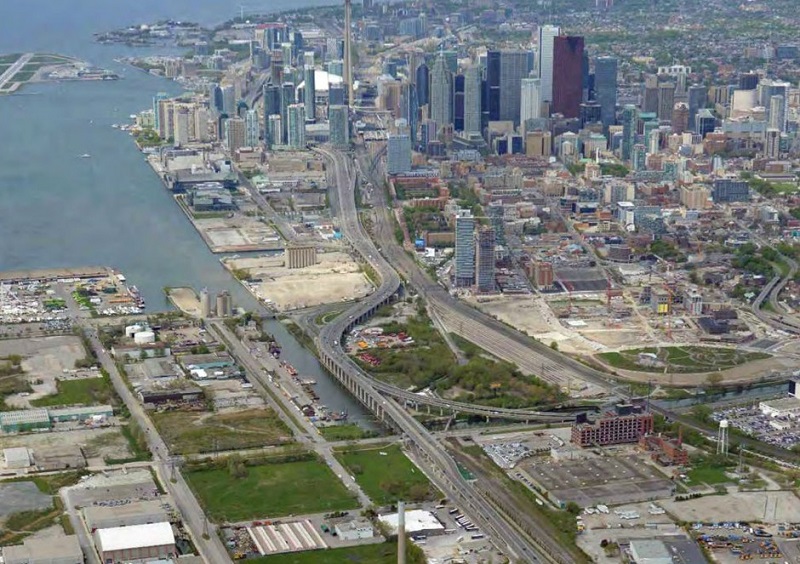 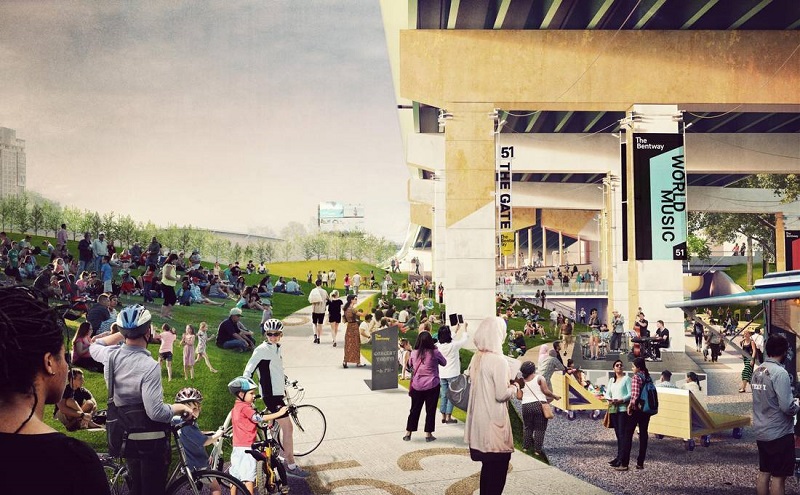 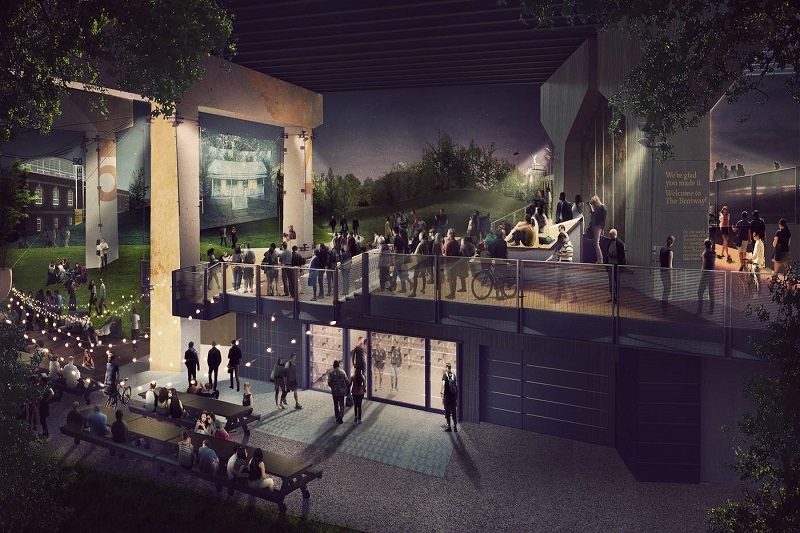 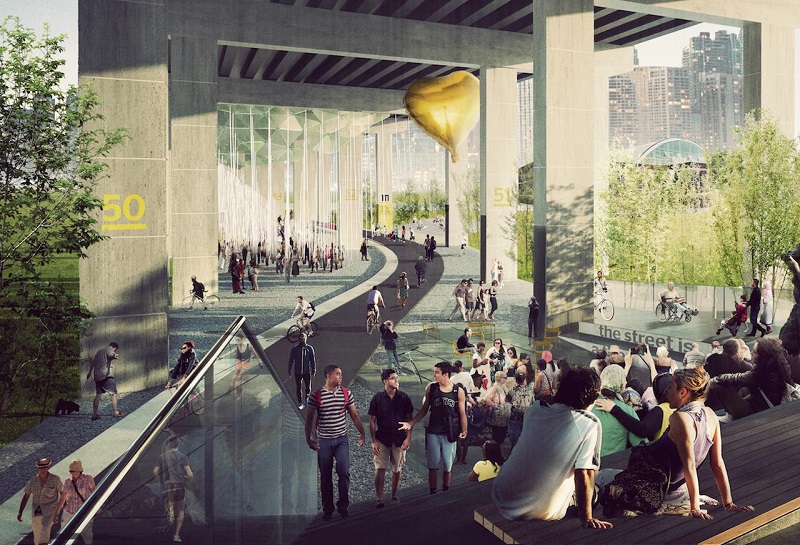 In cities that have successfully turned their expressways into urban boulevards or parks, there is a marked difference in the fabric of the areas for both those who live there and those who are just passing through. In San Francisco, it took a natural disaster to get the city to consider tearing down the Central Freeway. The 1989, the Loma Prieta earthquake damaged the freeway so badly that it was permanently closed in 1992. With the expressway closed, it was easier for city officials and residents alike to dream about the space’s untapped potential. This is how Octavia Boulevard was born. An elevated expressway became a tree-lined urban boulevard, with separated lanes for local traffic. Octavia Boulevard made the area more attractive and brought thousands of jobs and more housing to the area, not to mention a few more amenities (see the before and after images of Octavia Boulevard in SlideShare here).

If you’re thinking that these success stories will be short-lived or that they may not work at all, take a look at this research, which suggests that removing expressways from downtown areas and their surrounding neighborhoods can have a lasting positive impact on the quality of life in those places. Tearing down expressways, or finding alternative solutions to their existence, is not a trend, but the responsible thing for cities that are serious about improving themselves to do.