In September 2016, French train maker Alstom unveiled the world’s first hydrogen-powered passenger train at a large rail transportation convention in Berlin known as InnoTrans. The company explained that by combining hydrogen and oxygen, electricity would be generated from fuel cells on the roof of the train, which themselves would be charged every 600 miles. Any excess energy would be stored on board within lithium-ion batteries. Above all else, the announcement proved that the clean future of public transportation was much closer to becoming a reality than we initially thought.

In September 2018, that reality finally arrived, right on time and on schedule in northern Germany. Quietly embarking on a 62-mile journey at 87 mph between four towns (Cuxhaven, Bremerhaven, Bremervoerde and Buxtehude), the Coradia iLint is now officially the world’s first operational hydrogen train. The train can carry up to 300 passengers, is fueled up with hydrogen at the Bremervoerde station, and marks the first of 14 more trains Alstom plans to add to the fleet by 2021. The current contract for the energy supply and maintenance of these trains goes until 2047.

The creation of the Coradia iLint represents Alstom’s commitment to being a leader in clean mobility — which is exactly why countries like Canada, Norway, Denmark, Netherlands, and France are considering getting the company to build hydrogen trains for them, too. France wants the trains running in their system by as early as 2022. Eventually, countries want to replace their entire stock of carbon dioxide-emitting diesel trains with electric models. In Germany, where the Coradia iLint is currently running, there are still over 4,000 diesel-powered trains in operation.

As successful as Coradia iLint has been, it is still only a small success story, and we should take care not to get too ahead of reality. As much as countries would like to jump on the hydrogen fuel cell (HFC) train right away, there are a couple issues with the technology that are preventing its widespread adoption. For example, battery technology would have to advance significantly for trains to travel more than 600 miles before recharging. Right now, it travels 62 miles in northern Germany, but can they travel longer distances across multiple borders? Then there’s the weight issue, which prevents most existing trains from being retrofitted to run on hydrogen. If countries are seriously considering hydrogen trains, they need to understand that a lighter fleet will be required. In Toronto, where the regional transit agency runs a fleet of bilevel trains, the massive costs of converting the system into a hydrogen-based one has already raised concerns. It would cost the transit agency over $13 billion Canadian dollars to purchase just 70 hydrogen locomotives and 84 sets of four hydrogen carriages. 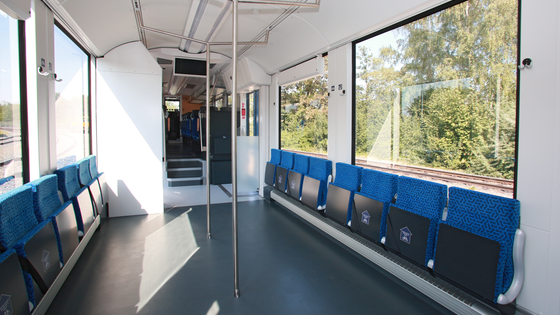 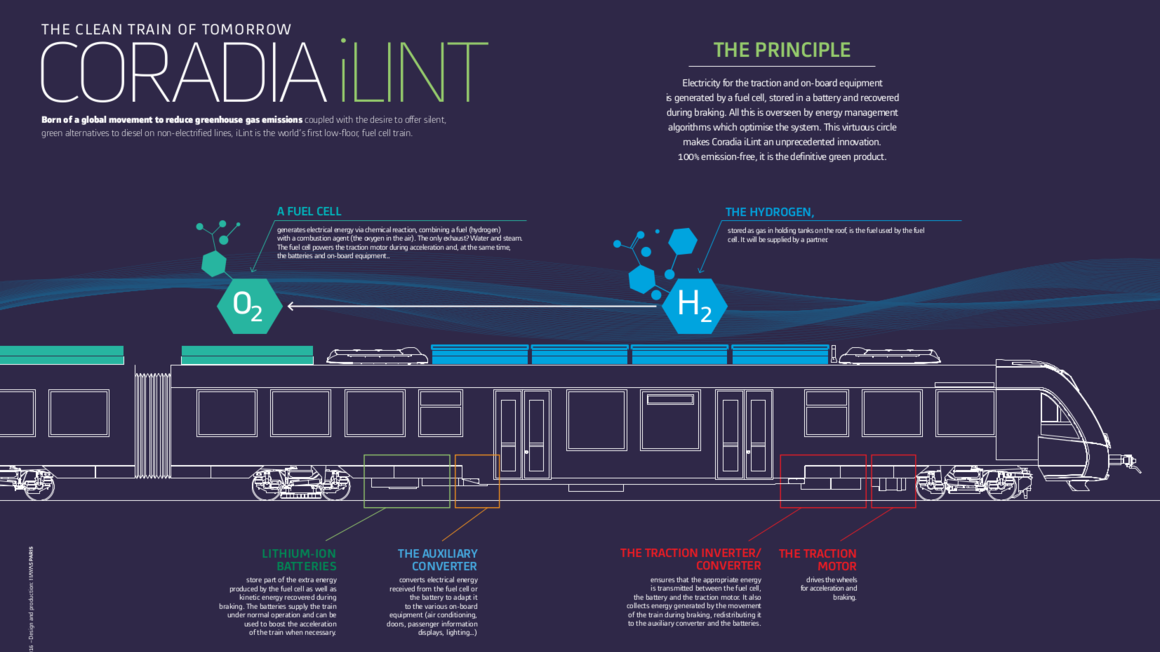 Although the initial cost of hydrogen-powered trains is the main thing people fear, those same trains are cheaper to maintain than their diesel-powered counterparts, making them good investments in the long run. But as is the case with every other form of clean energy, too many stakeholders are failing to look beyond the setup costs. Nevertheless, the industry shift has to start somewhere, even if it is only a small one. That’s what makes the Coradia iLint’s debut a notable event. It forces other transit companies and countries to examine their own systems for the use of clean-energy technologies. Once it’s been in action for a couple of years and the benefits begin to accrue, hydrogen trains will probably start working in your area, too.