For most people, a chair is merely a place to sit, relax, and give the ol’ legs and back a well-earned respite. The new “When Attitudes Become Chairs” exhibition at the Pizzuti Collection of Ohio’s Columbus Museum of Art aims to highlight the more inspirational aspects of chairs, as interpreted by a variety of architects, designers, and artists. 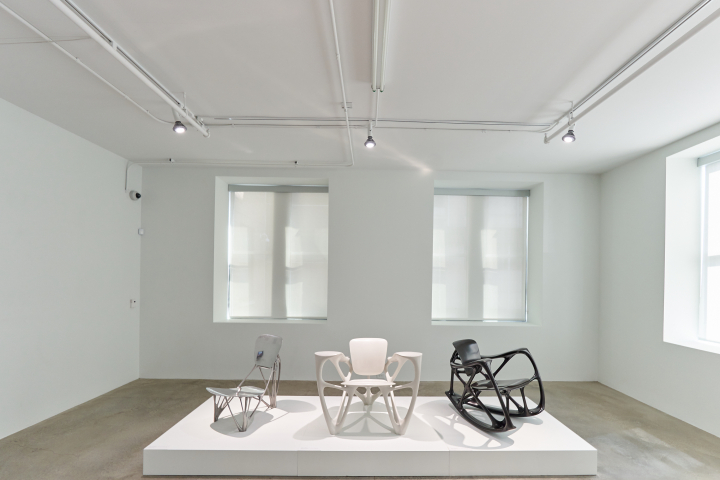 The Controversial Impetus for Pizzuti 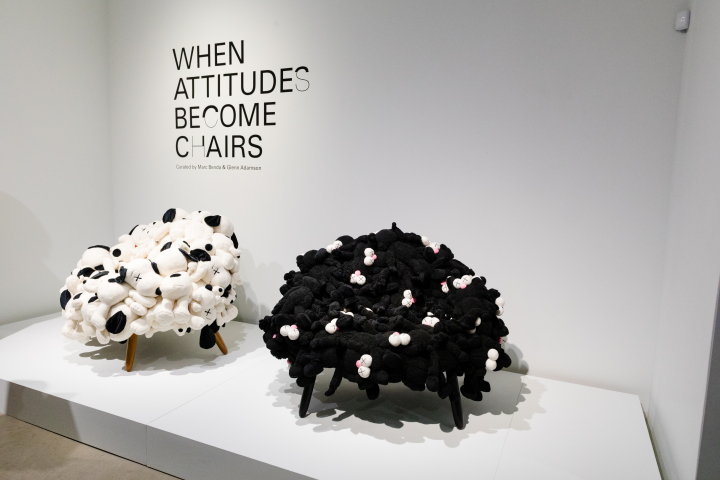 Partly owing to the fact that the event was poorly organized and the artists’ works were chaotically displayed, the public detested the exhibition. A few people even went so far as to throw molten lead on the walls of the museum, chipping off plaster and destroying a sidewalk in the process. Although Szeemann stepped down as Kunsthalle Bern’s director after this debacle, the uproar boosted his career, earning him a reputation as a curator who collaborated with artists rather than lorded over them. The Kunsthalle Bern event was so significant that it was revived 44 years later for the 55th Venice Biennale. It also served as the primary inspiration for the Pizzuti Collection in Columbus.

“When Attitudes Become Chairs” showcases a range of different styles to explore the question of how a chair should be judged: is it in terms of design, comfort, quality of construction, depth of inspiration, or a combination thereof? Since no one can actually sit on any of the featured chairs, that query unfortunately remains unanswered, but the exhibit did produce a few particularly memorable works of art. 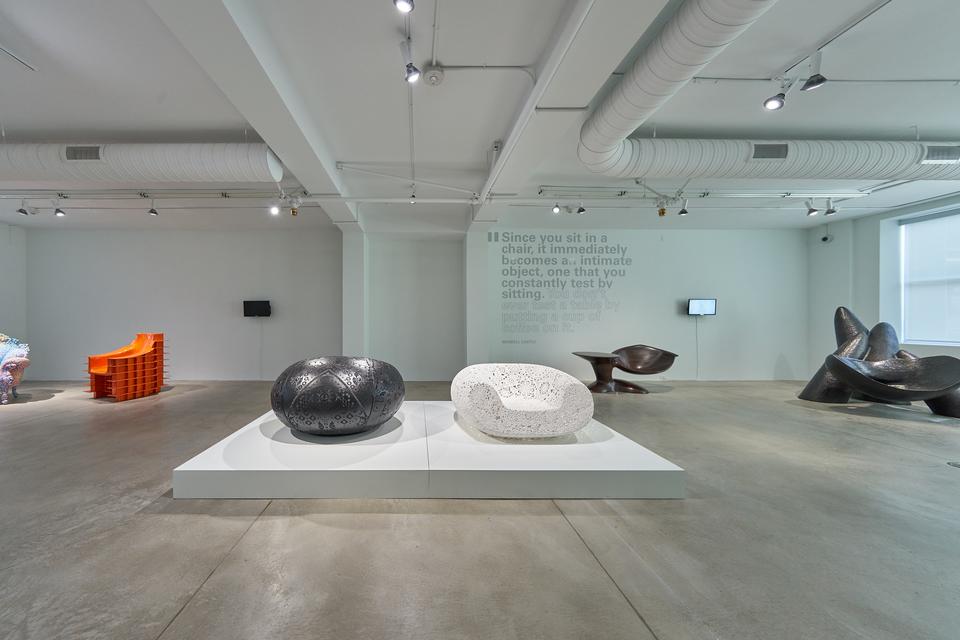 Renowned English designer Ron Arad, a decades-old leader in outlandish furniture design, made his contribution to the exhibit in the form of “Oh-Void 2”: an acrylic rocking chaise lounge designed back in 2006. Its graceful structure, with transparent blue lines alternating across it in a soft quadrilateral shape, is centered around two ovoid holes beneath the actual seat. While it may be visually appealing, this model doesn’t quite conjure up feelings of relaxation or comfort.

Brothers Fernando and Humberto Campana also feature in the collection, contributing two round papasan chairs entirely covered in plush animal dolls. To create the chairs, the duo teamed up with New York’s KAWS: a designer/graffiti artist who designed the dolls based on some of his most culturally significant works. 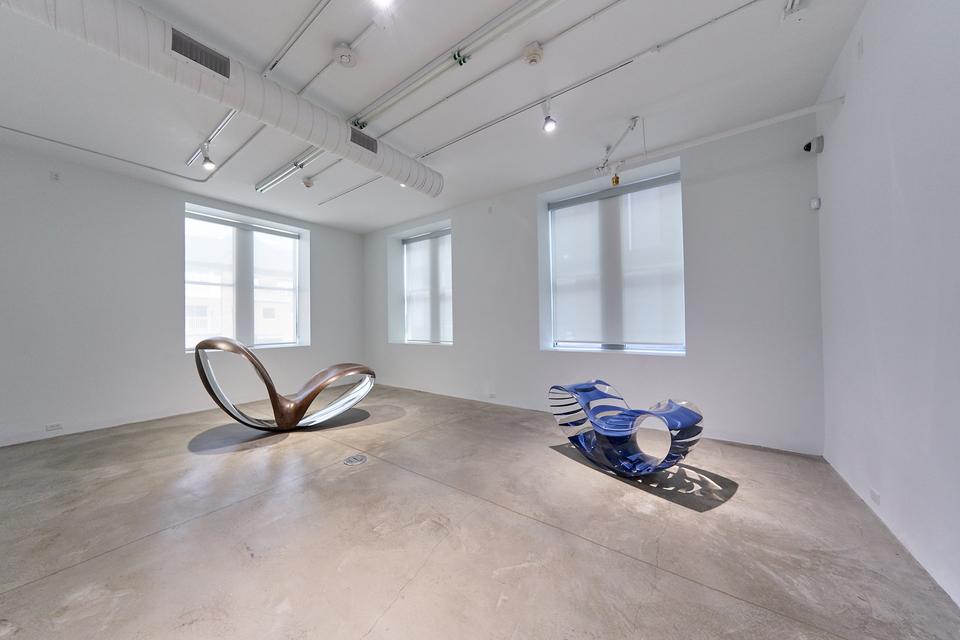 Finally, Wendell Castle (frequently hailed as the father of the art furniture movement) threw his 2011 “Dark Matter” chair into the collection. Castle, who died earlier this year, made Dark Matter by gluing several strips of Peruvian wood together and carving them into a stylish bowl-shaped chair and adjacent side table, inspiring thoughts of a captain’s chair on some fantasy spacecraft.

A Seasonal Act of Chairity 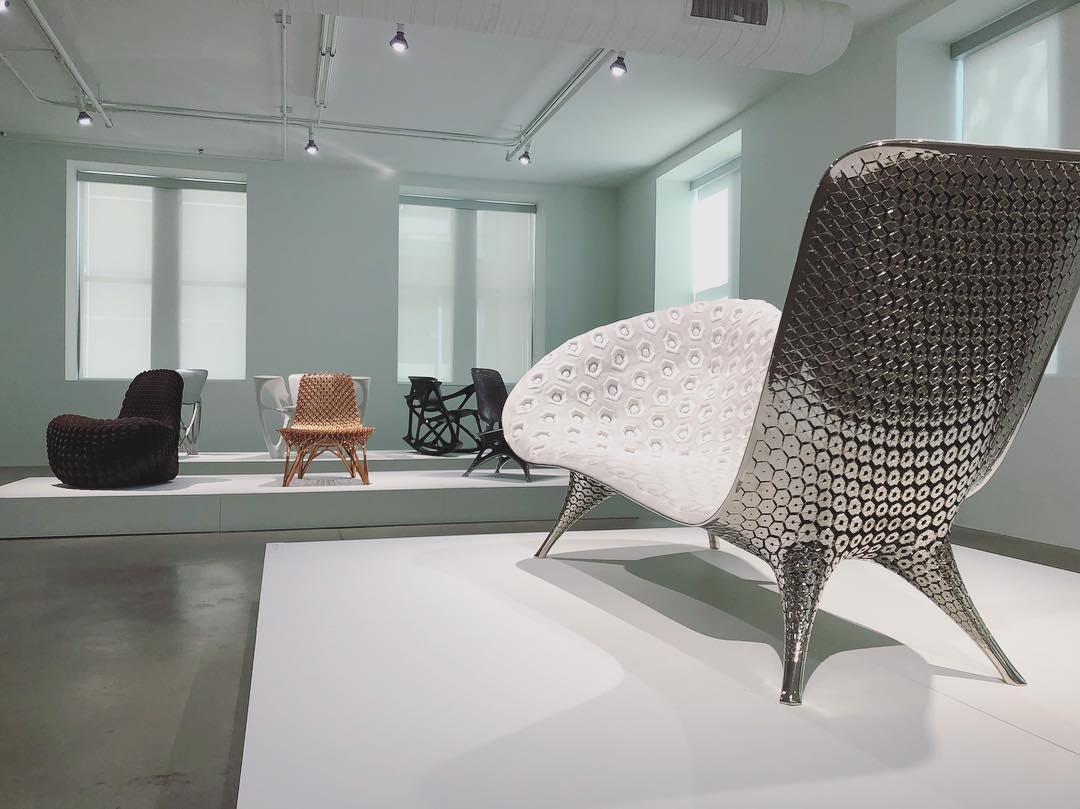 Ron Pizzuti and his wife Ann run the nonprofit Pizzuti Collection, of which “When Attitudes Become Chairs” is one of the primary attractions. In a totally unexpected decision, the Pizzutis handed over ownership of their museum and donated part of their collection to the Columbus Museum of Art effective January 1st, 2019. “When Attitudes Become Chairs” will be on display there through the 20th.