Silkworms don’t just produce one of the finest and most sought-after natural materials on the planet — they’re also designers and architects working in tandem with robots, spinning complex textile creations in real time on a loom-like jig made by researchers at the Massachusetts Institute of Technology.

The process, filmed as part of designer Neri Oxman’s “Material Ecology” project, is mesmerizing to watch. The worms are seen producing their silk threads in close-up shots, while views of the kinetic jig let us see the pavilion slowly take shape as it moves. The shots gazing up at the material from below are probably not for the squeamish, as the 17,532 worms actively wriggle overhead. A net beneath the jig safely captures the worms as they undergo metamorphosis, allowing them to live out their natural lives.

It took the worms about ten days to complete the finished textile structure with the jig rotating in a clockwise motion. Oxman stresses that rather than exploiting the worms, the process is meant to showcase a different way of harvesting silk, which is traditionally derived from the cocoons of larvae killed off at the pupal stage. In fact, about 3,000 silkworms are usually killed to make a single pound of silk. 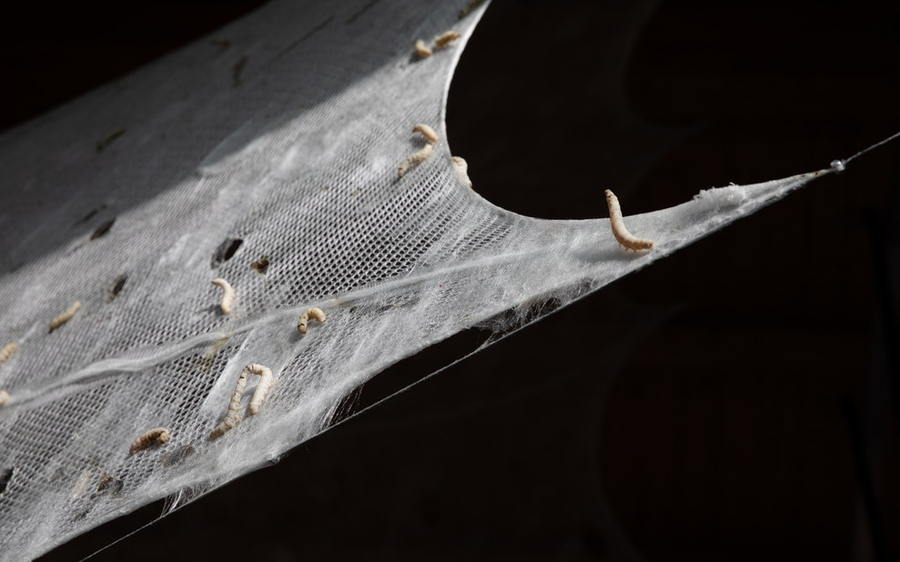 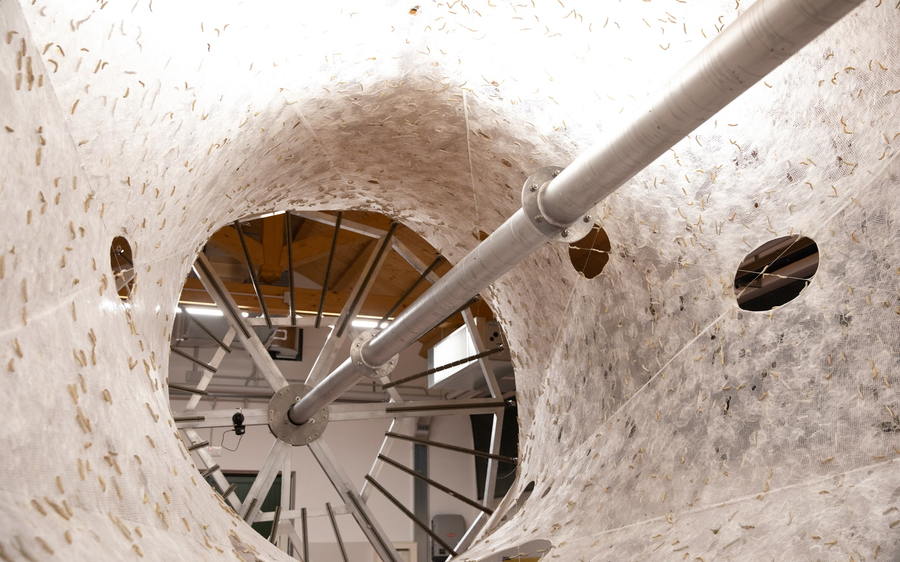 “As the Silk Pavilion demonstrates, structures can influence silkworms to spin in sheets instead of cocoons,” says Oxman. “This project illustrates how this small yet unique insect can act not only as construction worker but also as designer, [working] in collaboration with with a manmade structure that guides its movement and deposition of silk to create an enhanced form.”

“Silk Pavilion II” itself is located in Italy, but the seven-minute-long movie of its creation was presented at the Material Ecology exhibition at New York’s Museum of Modern Art as part a showcase of works by Oxman’s Mediated Matter Group research department at MIT. The show opened on February 22nd and was supposed to run through May 25th, but was closed in early March due to the coronavirus pandemic.

Israeli-born Oxman is known for her unusual bio-based and bio-inspired creations blending art and science, which have included architecture, wearable designs, and medical devices. Her high-tech experimentation with living creatures and natural materials is unparalleled. 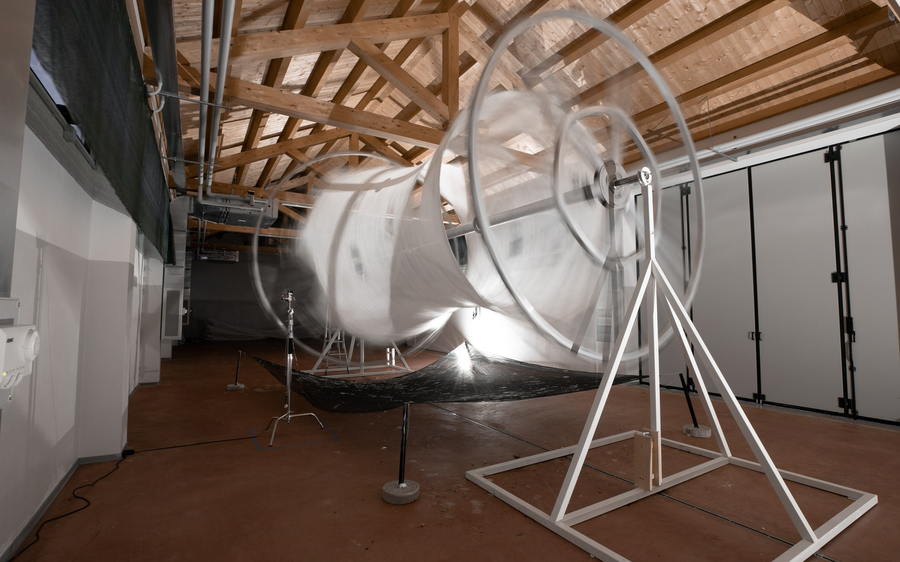 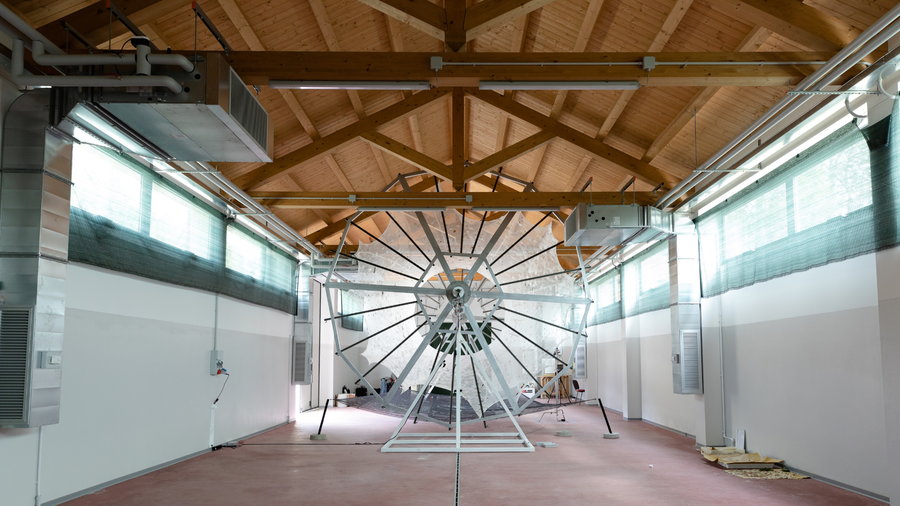 “By pairing the creation of bespoke technologies for digital construction with real-world applications, Oxman and her team have generated new ways of production that result in structures whose physical properties have been designed to seamlessly match the environment which they inhabit,” reads her website. “Rigidity, elasticity, color, transparency, conductivity — even smell and taste — can be individually tuned for each 3D pixel of a physical object.”

“The construction of products and buildings is therefore no longer limited to collections of discrete parts with homogeneous properties. Rather, objects, like organs, can be computationally ‘grown,’ additively manufactured, and biologically augmented to create heterogeneous and multifunctional constructs.” 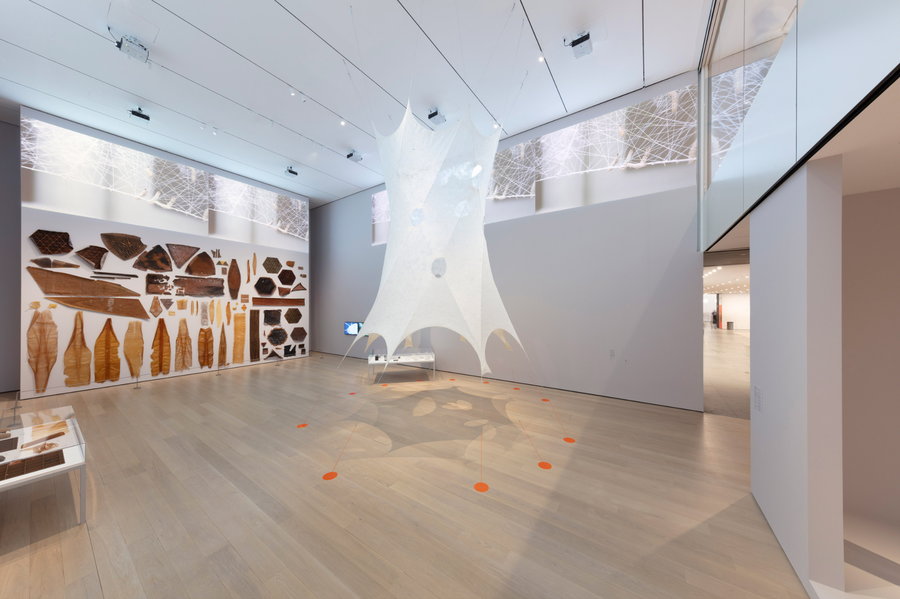 Oxman calls this process “biological alchemy,” allowing microorganisms and other living creatures to mimic factories creating biomaterials that can be used for all sorts of purposes. Ultimately, this proves the ability to grow rather than manufacture, transforming living matter into built environments. Her projects are presented in narrative form, often with interactive elements. Check out more “Material Ecology” at Oxman.com.