If you lived through the 80s and 90s, you know there was a time when full rooms of print or floral wallpaper bisected with a coordinating border were all the rage. But the people who actually spent time in those rooms often experienced sensory overload, and the trend faded by the 21st century.

Wallpaper started showing up again in chic interiors about a decade ago, but in updated patterns and without the chair rail or ceiling borders. In just the past year though, designers and homeowners have started playing around with wallpaper borders in fresh and unique ways. 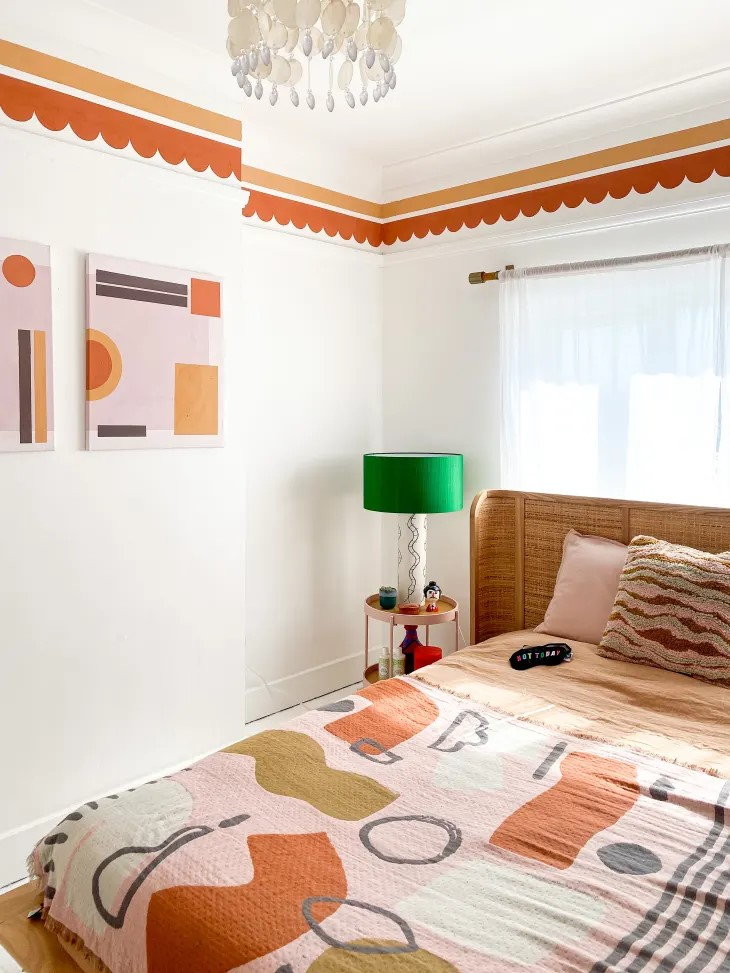 “We know that using color in homes has become increasingly popular in the past few months,” says Lucy Searle, Editor in Chief of Homes & Gardens in an interview with MSN. “We talk constantly to interior designers, and they largely cite the pandemic as the reason for this — homeowners spent the confinement of the pandemic lockdowns really examining their homes and many really craved visual joy. Paint can bring color in blocks, but wallpaper can bring rich colors along with pattern and texture, too.” 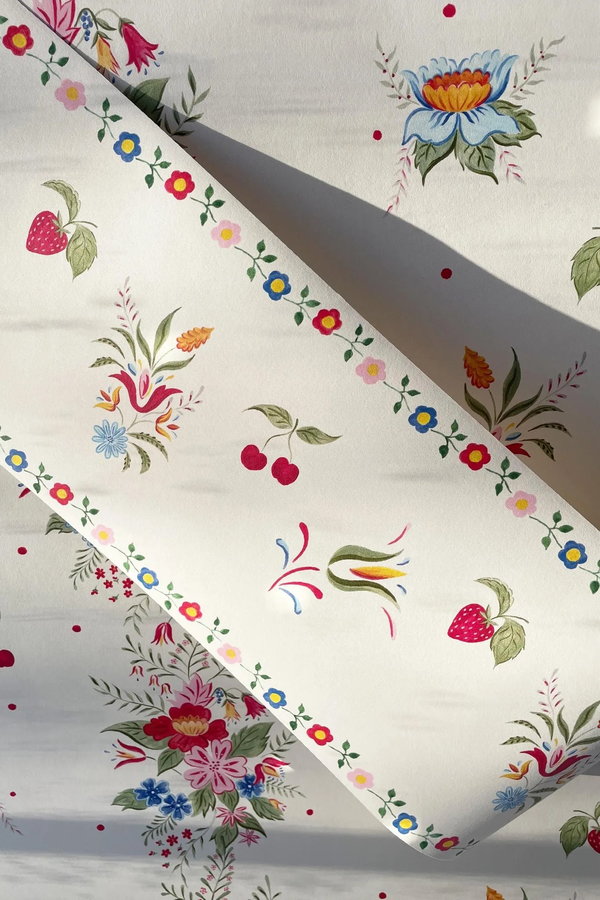 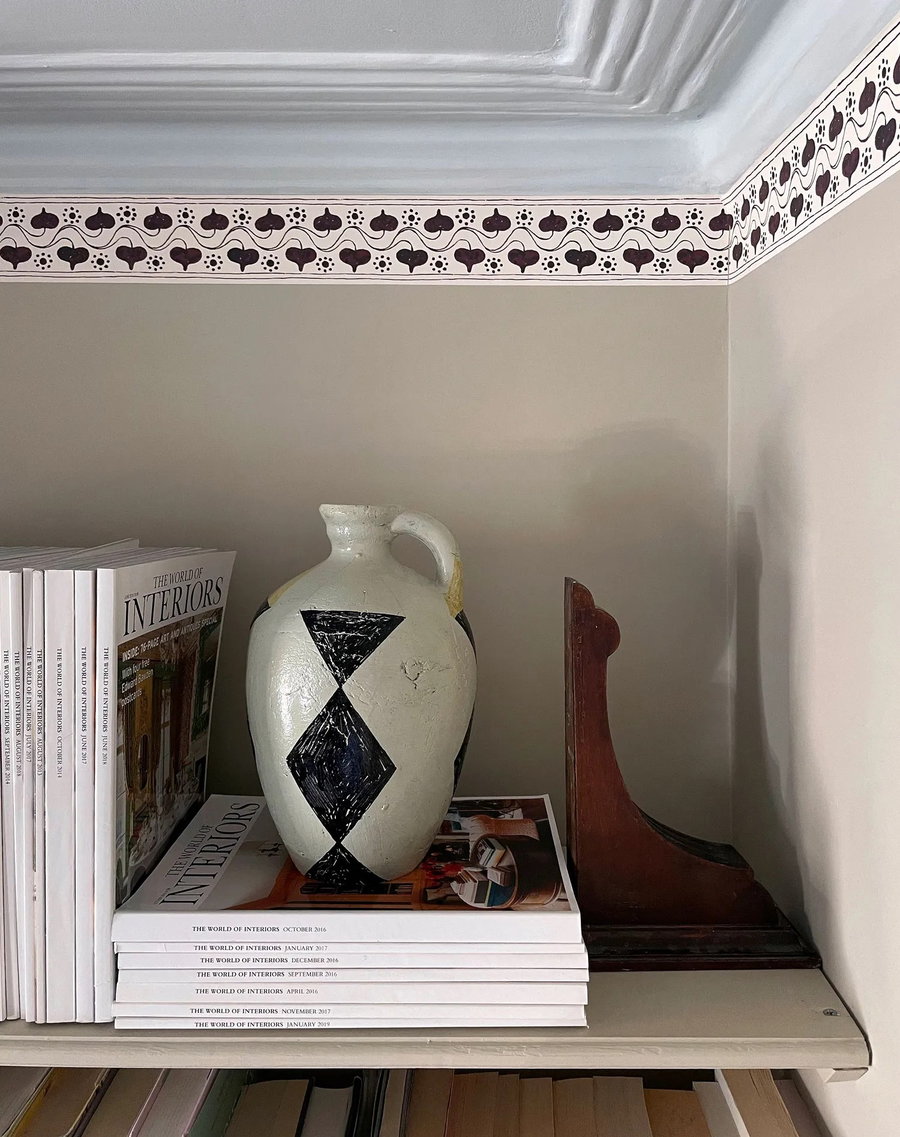 She adds that “interior designers also tell us that people are braver with color scheming and mixing patterns than they were before, which means where once a wall might have been wallpapered alone, now borders are adding that extra visual layering.” 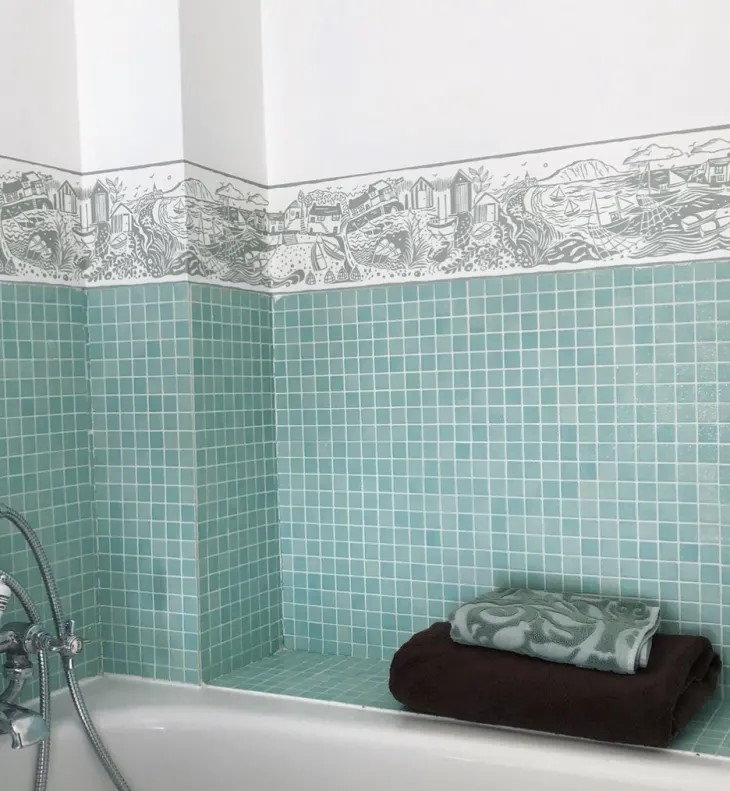 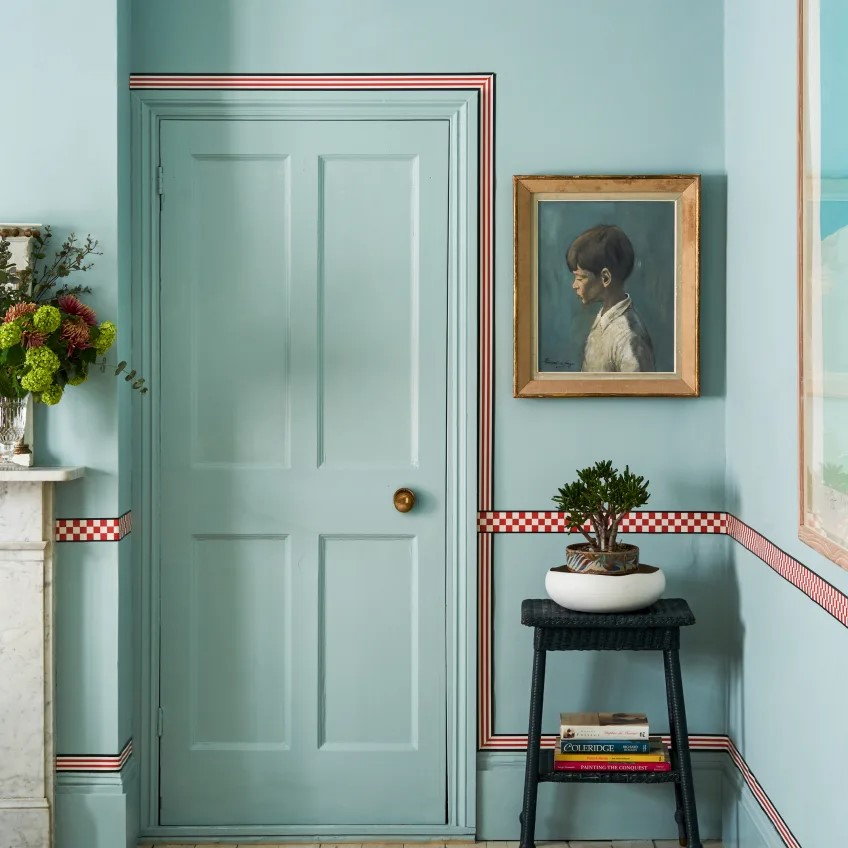 London-based designer Susie Atkinson recently added borders to her online wallpaper offerings, telling Apartment Therapy that she loves the way they “add detail and delight in an easy, affordable way.” She says borders are catching on again because they are “less of a commitment than wallpapering the whole room but still bring that color and interest to walls adding an accent to contrast or complement a room. The possibilities with them are endless.” 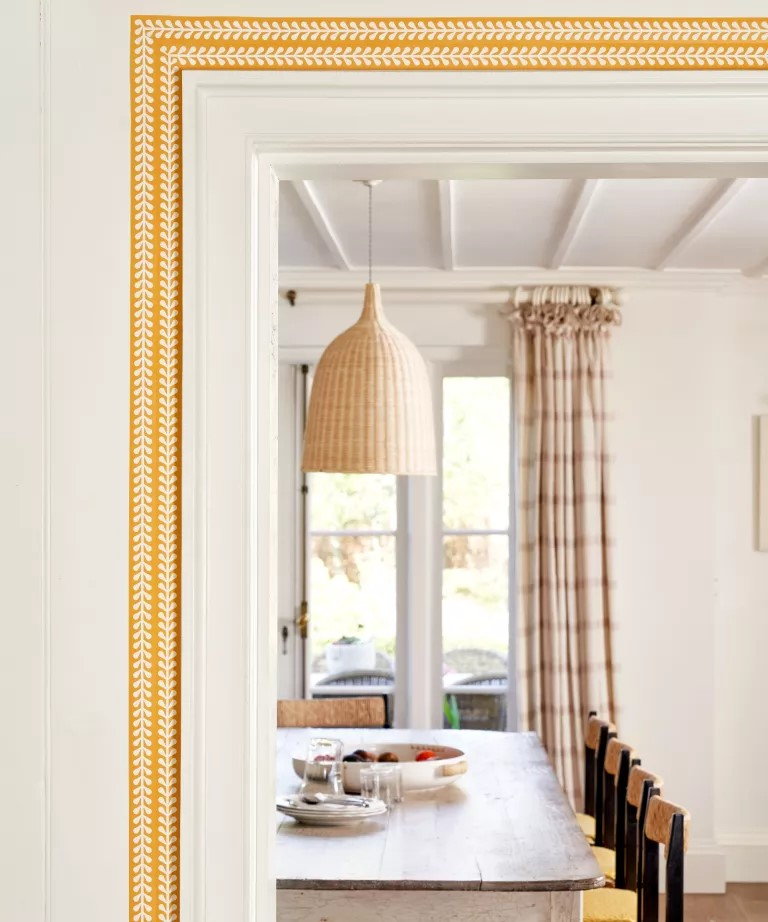 When wallpaper originally got its start in the 16th century, it was hung on walls with copper tacks instead of glue, and borders came into vogue to discreetly cover up the tacks. “For centuries, borders have been used in decorating — historically, often to hide imperfections in a room or a wallpapering technique, to complement the design, or, as is often thought in recent years, as a sometimes not-so-stylish addition to a scheme,” Kate Hawkins, founder of wallpaper business CommonRoom told House & Garden.

Thankfully, modern methods have freed borders from their practical intent, and they can be pasted on almost anywhere. Today’s trendy borders are graphic and playful. Stripes and clean geometric patterns are popular, but so are small print florals, reminiscent of some of the earlier 80s designs. 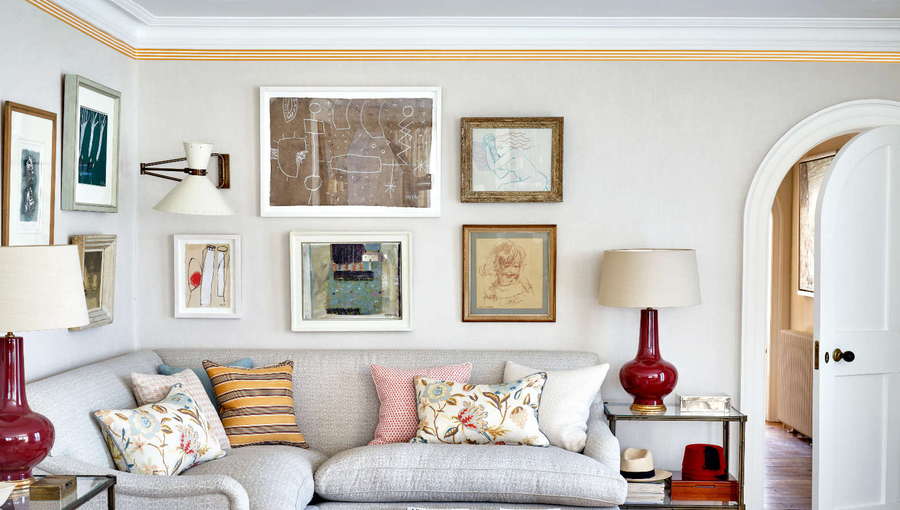 You can find Instagram posts with wallpaper borders outlining door or window frames or highlighting an entire entryway. Not only are they being used to line ceilings and create chair rail details, but they’re also being in placed around joinery detail like under the tread of staircases or along the cornices of a closet. One designer even plastered border to form a patterned corona for his ornate bed. 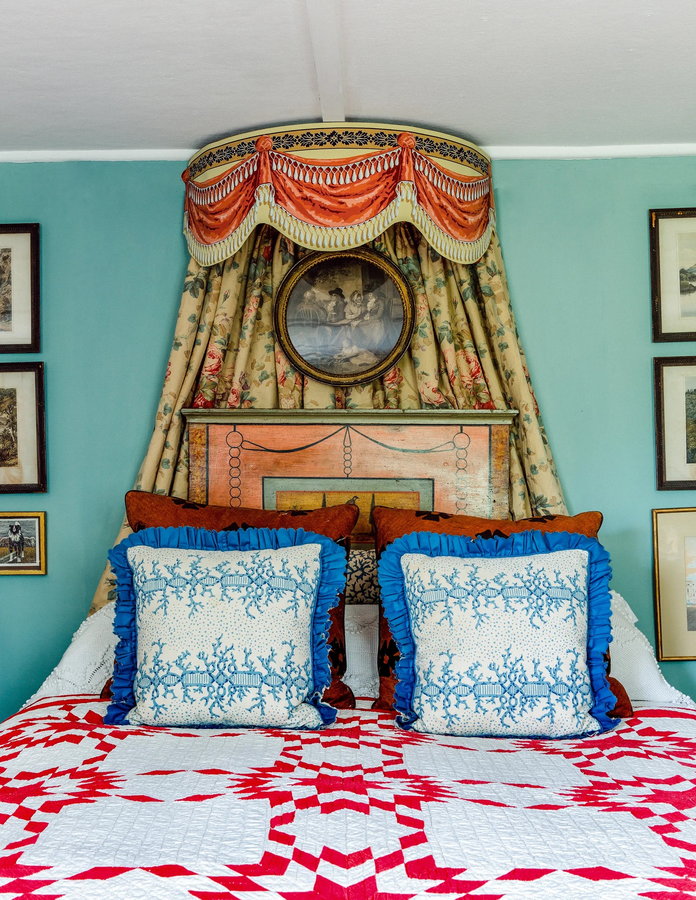 For those looking to add a little style to their home without taking on an entire remodel, today’s fun and clean wallpaper borders are an affordable and less labor-intensive way to bring in the “wow” factor.