As we move closer to a time when all cars will drive themselves, one designer is brainstorming what the future may look like for luxury vehicles. 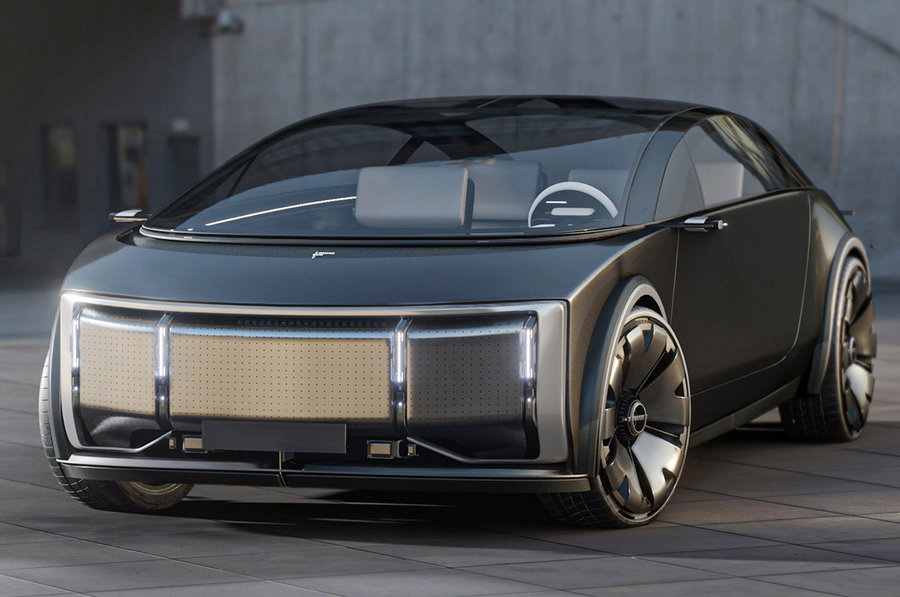 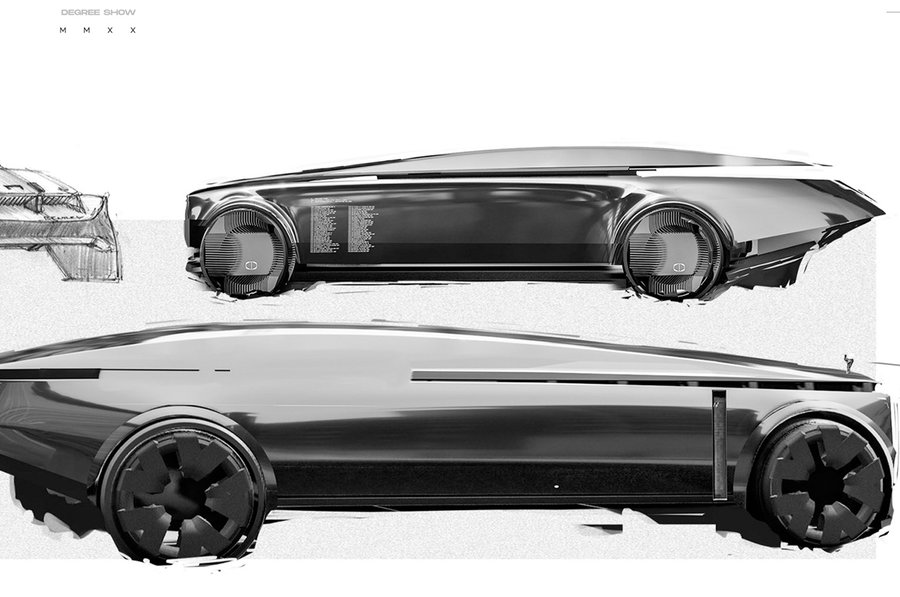 Taking the Bentley brand as his inspiration, Alexis Poncelet, a member of the exterior design team for VW Future Center Europe, has imagined an autonomous electric limousine that maintains the opulence and style of the famous car while incorporating sleeker and more aerodynamic structure. 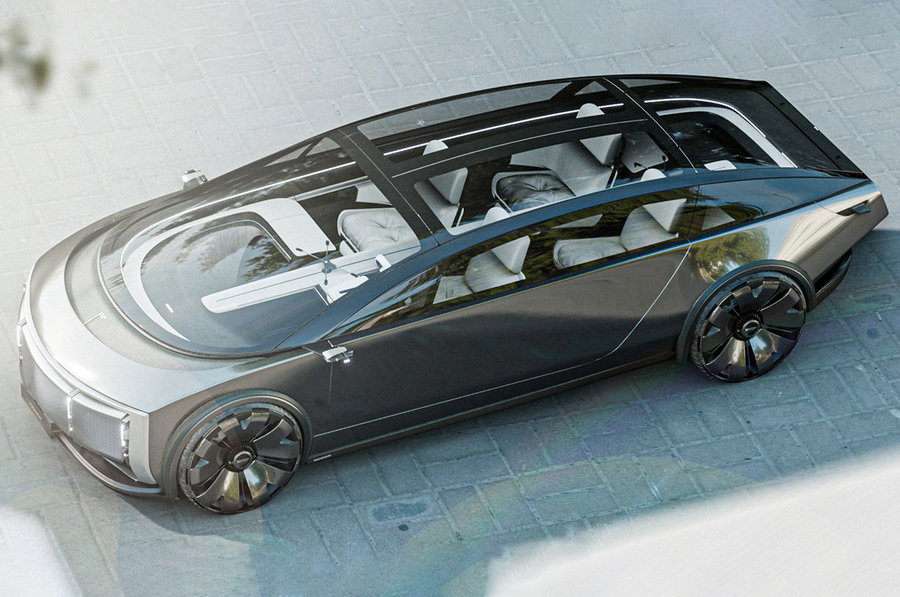 In a concept he calls “The Monument,” Poncelet pays tribute to the signature flat-nosed Bentley front-end but switches out the classic grill for dotted metal wraps, spaced out to reveal four vertical LED headlights.

The rear of the car was designed as “a flat cut-out for aero efficiency,” he says on his Behance page, in an attempt to provide longer mileage range from a single charge. Not a fan of trendy rear LED stripes, Poncelet instead adds taillight modules that allow nearby vehicles to gauge the Monument’s brake intensity. This would allow the self-driving car to “communicate with other road users in a smart and elegant way.”

The top is crafted to give the feeling of one continuous curve of glass from front to back, providing passengers with an almost 360-degree view of their surroundings while those outside the car get a paparazzi-like glimpse into the occupant’s life of luxury.

Being chauffeured around by the most advanced artificial intelligence is also on-brand for the British car company’s ultra-wealthy clientele, with an interior that features sumptuous leather seating, ample leg room, and a platform that bisects the car down the middle, doubling as the perfect drink table. And although the Monument is intended for autonomous driving, it does include a steering wheel for the times when an affluent owner might want to take control for nostalgia’s sake. 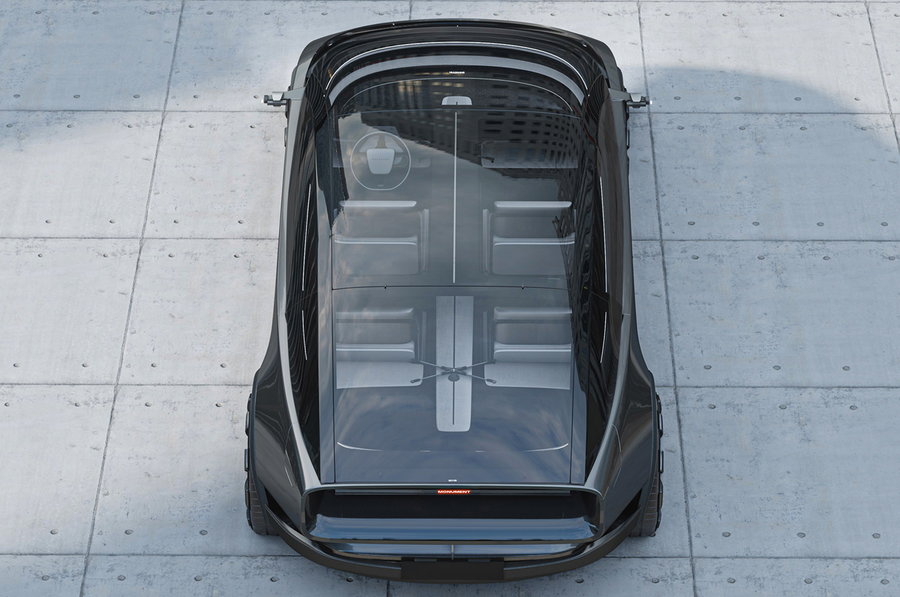 The car body is long and low, creating a smooth and streamlined image. Poncelet calls it “just a soft and proud British limousine in the main lines,” adding that by incorporating larger surfaces, fewer unique parts, and greenhouse gas-countering abilities, the car would become a “mechanical jewel.”

While he doesn’t include any specs on batteries or electrical systems, drafting an electric vehicle body for the posh brand is a very shrewd design move, as just last year Bentley announced its Beyond 100 plan: a commitment to becoming carbon neutral by 2023 and switching to a completely electric fleet by 2030.

That plan may be reaching for the stars, as the company currently only has two hybrid models, and its first all-electric vehicle is not expected to hit the market until 2025. As it rolls forward on those plans, Bentley may appreciate having an innovative design in their pocket, especially one from someone on the staff of its parent company Volkswagen.

And Poncelet has plenty of ideas. His Instagram posts run the gamut of vehicle mock-ups, from a Star Wars-esque angular transport and a moon-ready Porsche to a hot dog-shaped hotrod. 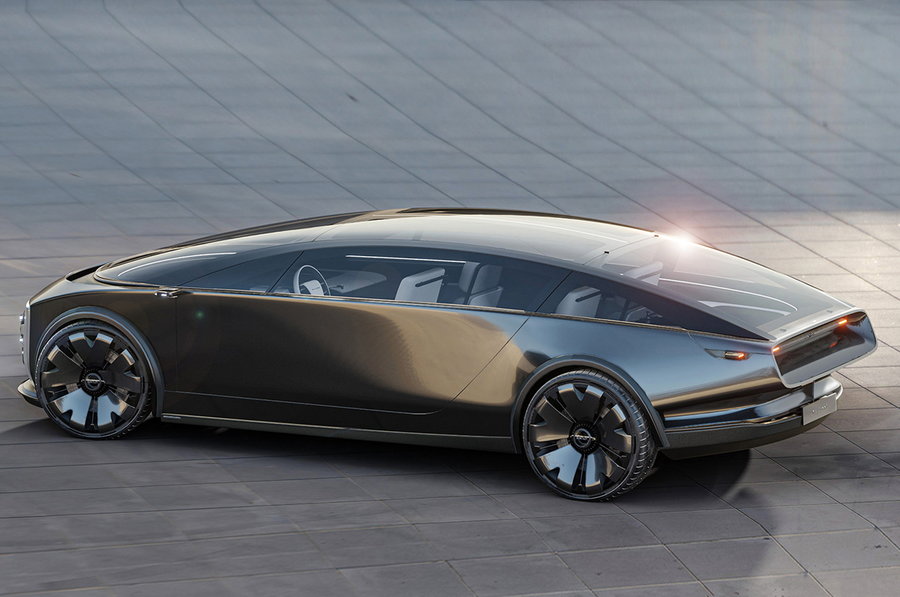 A native of France, Poncelet is a 2020 graduate from Rubika, a French school of design, and specializes in ultramodern transport concepts.