In the world of cars and motorcycles, regardless of how they’re powered, it’s all about speed. Voxan Wattman, a big player in the electric motorcycle sphere, believes they have a non-traditional electric model with a unique dry ice cooling system that’s ready to smash a major world record in that category. 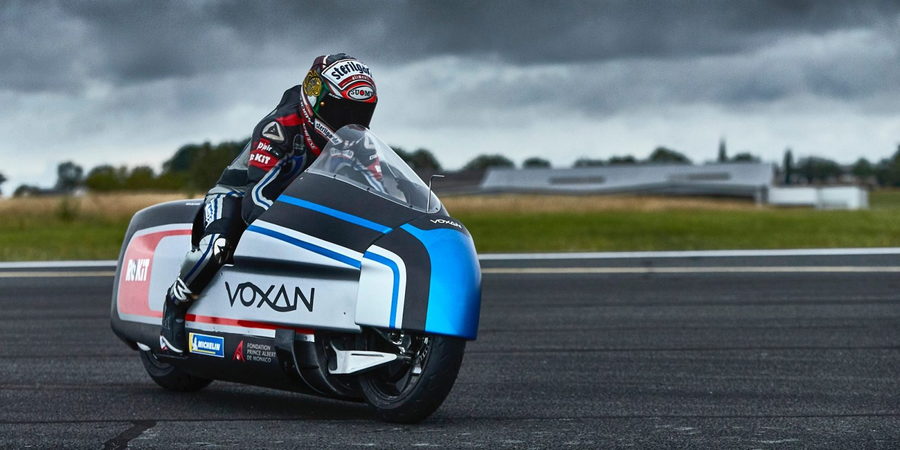 Voxan Wattman was initially aiming to try to set a new land speed record in July 2020, but as a result of the ongoing coronavirus pandemic, their attempt was delayed. For now, the event has been tentatively postponed until 2021. Regardless of the delays, Max Biaggi, who’s been the motorcycle racing world champion a whopping six times now, is still set to be the one who rides the new electric motorcycle at the Salar de Uyuni salt flat in Bolivia. The team’s goal is to reach a top speed of 205 miles per hour and break the earlier record of 203.1 mph, set in 2019 on the Motibec electric motorcycle by Japanese rider Ryuji Tsuruta. 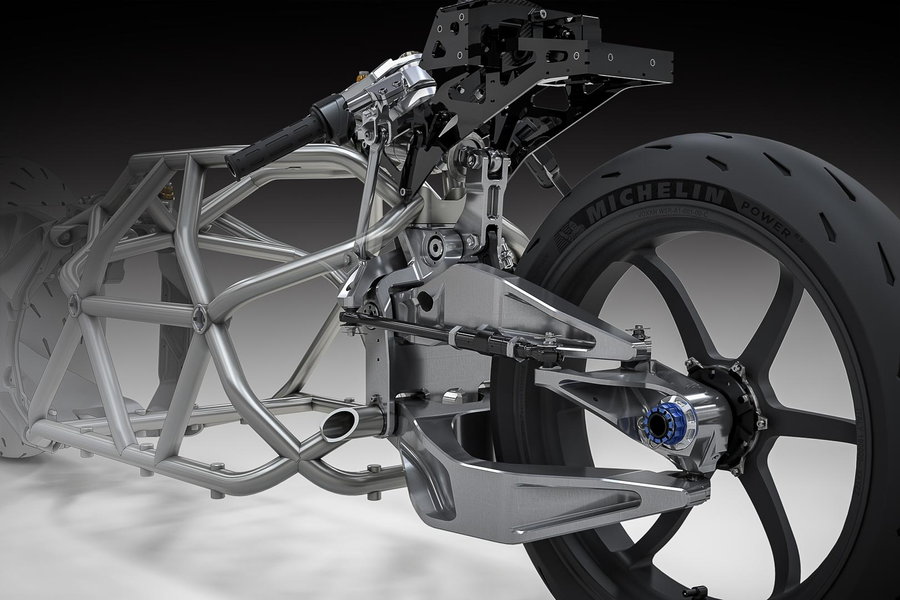 While the attempt may been delayed, the company was too excited to keep from showing off their new bike and detailing the things that make it unique. For starters, the motorcycle’s front suspension has a double wishbone design instead of the traditional front fork. There’s also no parachute or front break to slow it down or stop it. Instead, it’s brought to a halt with a rear brake that slowly brings the bike to a full stop. Aerodynamics are improved and instability is reduced by using a this kind of brake, whereas a front brake increases the chance of crashing when engaged at exceptionally high speeds. 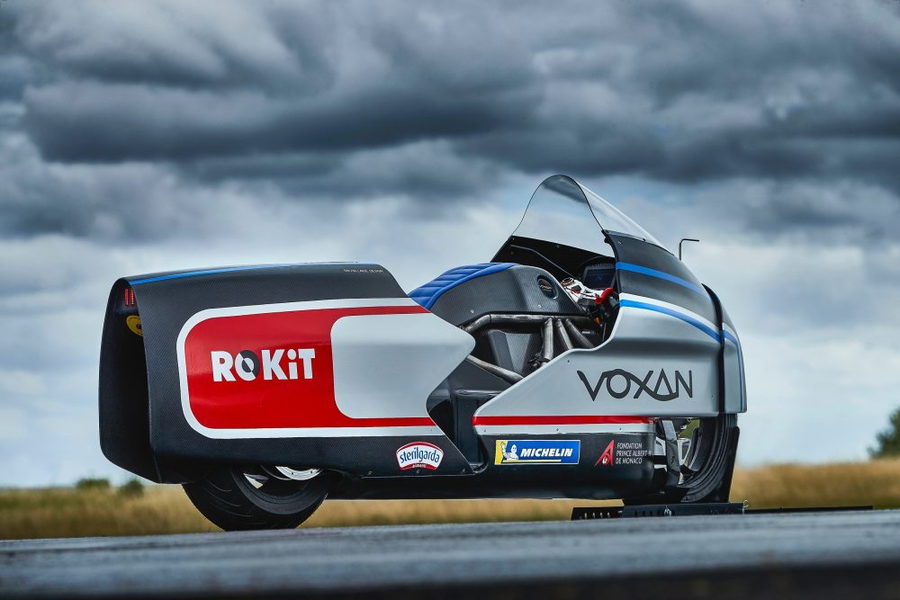 The Voxan Wattman has a 15.9kWh battery nearly identical to those in competing electric motorcycles, such as the Harley-Davidson LiveWire, which itself uses a 15.5kWh battery. The major distinction is that the Voxan Wattman’s battery is configured to unload most of its power in only a few minutes. By contrast, the majority of electric street bikes can be operated for a few hours on each trip. On top of that, the Voxan Wattman battery pack’s weight of 309 pounds is nearly half of the whole bike’s 661-pound weight. 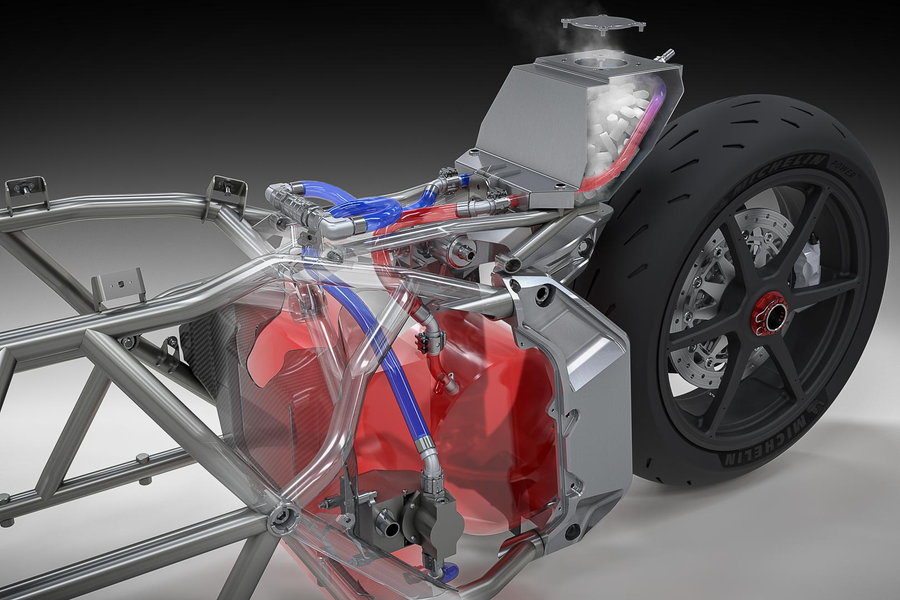 Needless to say, generating such a tremendous amount of power in a matter of minutes generates an unimaginable amount of intense heat. Since a conventional radiator would adversely affect the bike’s aerodynamic performance, the e-moto’s design team decided on a highly original approach to cooling with dry ice. More specifically, the frozen CO2 is seized in a reservoir inside the frame and assists in attracting the heat away from the motor and batteries.

Other Records to Consider 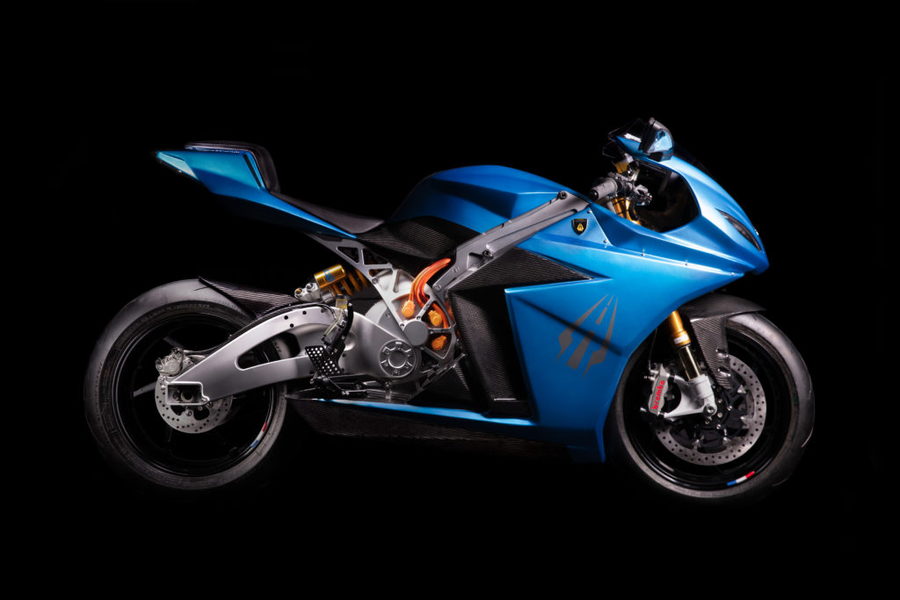 “Official World Record” sounds very lofty and finite, but Richard Hatfield, CEO of Lightning Motorcycles, is quick to point out the stats on his company’s renowned Lightning Motorcycles LS-218. In 2013, the LS-218 hit a top speed of 218 miles per heour at the Bonneville Salt Flats, setting the FIM and AMA records. He even produced the proof in the form of the time slip from the team’s 2011 Bonneville run, as well as a variety of other awards for attaining speeds higher than either the Voxan Wattman or Motibec.