As a way of relentlessly teasing the fans who have been hoping for a re-release since the 70s, Volkswagen has shared not one, not two, but five Microbus concepts since 2001. The worst part is, none of these designs have actually gone into production. The plucky and practical VW Microbus made its debut in 1950 and would go on to become a symbol of the 1960s counterculture. In the decades that followed, used buses would get snatched up almost as soon as they hit the secondhand vehicle market. Then came “Dieselgate,” a controversy over Volkswagen’s alleged attempts to hide the amount of environmental damage its vehicles were causing, which led to a serious slump in the company’s American sales market. 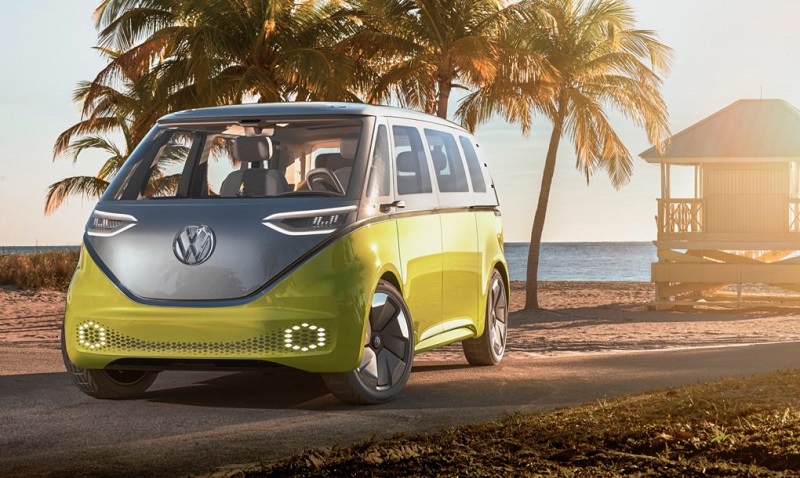 In an effort to put that mess behind them and return to their former glory, it looks like Volkswagen is finally making the modern Microbus a reality, and it’s literally going to be electric. Released in January at the Detroit Auto Show, the company’s newest concept, which they’re calling the “I.D. Buzz,” initially seemed like just another prototype that would be hyped but never hit the market. That all changed in June, when the automaker revealed that the I.D. Buzz EV would be available to the public within the next few years, possibly even by 2020. 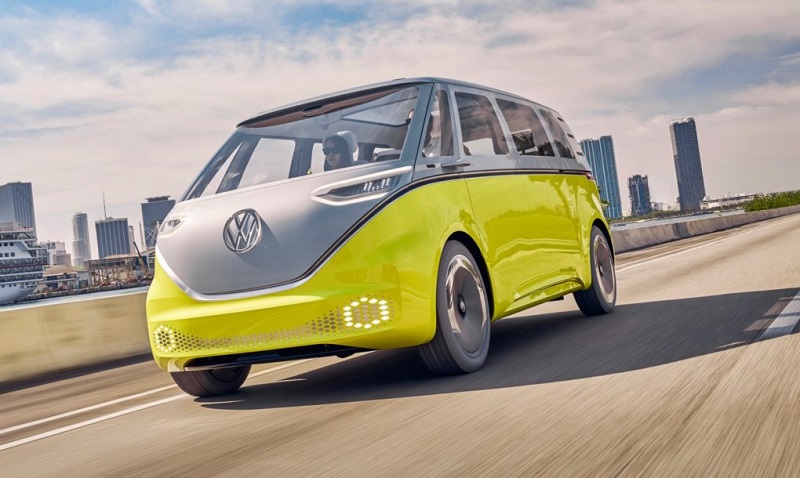 Volkswagen’s chairman of the board, Herbert Diess, has since confirmed this news in an interview with Auto Express. According to the chairman, the bus’s iconic frame was quite difficult to reconcile with modern engines. Switching to electric made it possible for the company to both retain the vehicle’s original proportions and equip it with an abundance of interior space. I.D. Buzz is expected to have a driving range of around 300 miles. “We would like to bring this back because it fits so well to what the brand stands for: it’s emotional, it has functionality, it makes your life easier,” Diess explains. 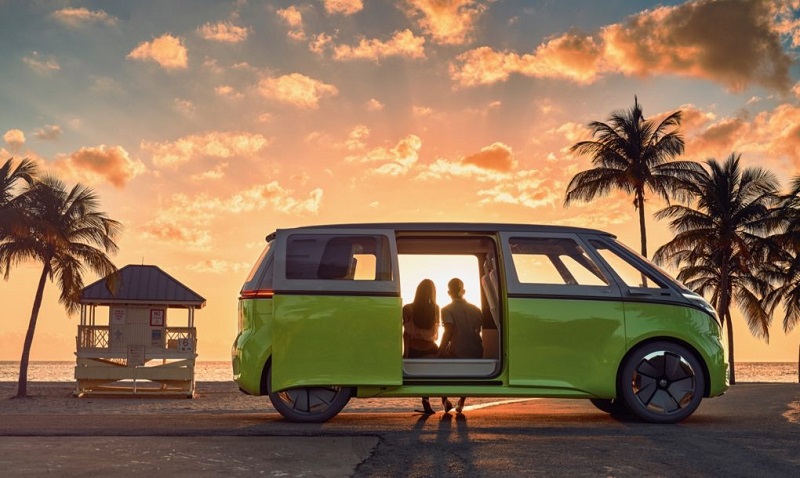 In keeping with its predecessor, the I.D. Buzz will feature the iconic two-tone paint job, blunt nose, and large VW logo. Don’t be fooled by its vintage exterior — this car’s also got 21st-century style. I.D. Buzz boasts oversized 22-inch wheels, wrap-around LED lights, and a luxurious interior you’d expect to find in a modern vehicle. The cabin has a lounge-style layout and incorporates eight seats, many of which can be reclined, adjusted, or transformed into tables and beds. A skylight in the ceiling makes the interior even more pleasant to hang out in. 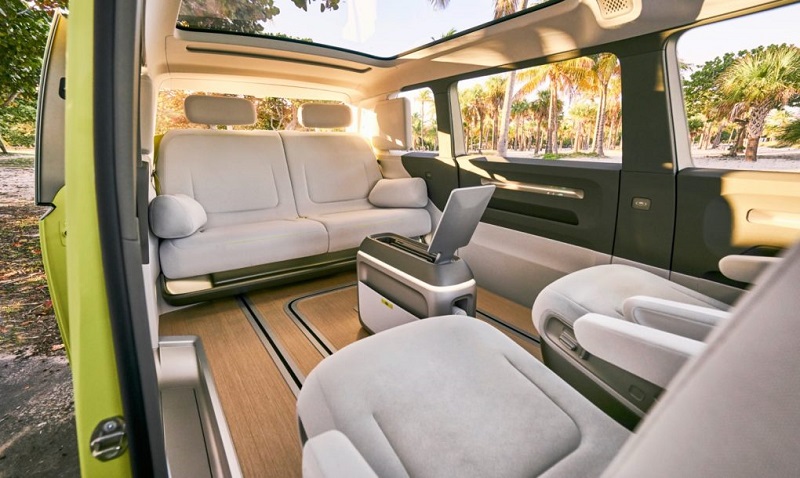 The driver’s seat can swivel a full 180 degrees so that everyone can face each other and have a good time together, just like in the Microbus days of yore. Of course, that’s not the only reason Volkswagen included this feature. The chair has been programmed to automatically turn around the moment you engage the car’s autonomous I.D. Pilot mode, in which the I.D. Buzz does all the driving for you. Still, we wouldn’t count on a self-driving version of the car coming out until sometime around 2025. For now, we’ll take the hang-out space! 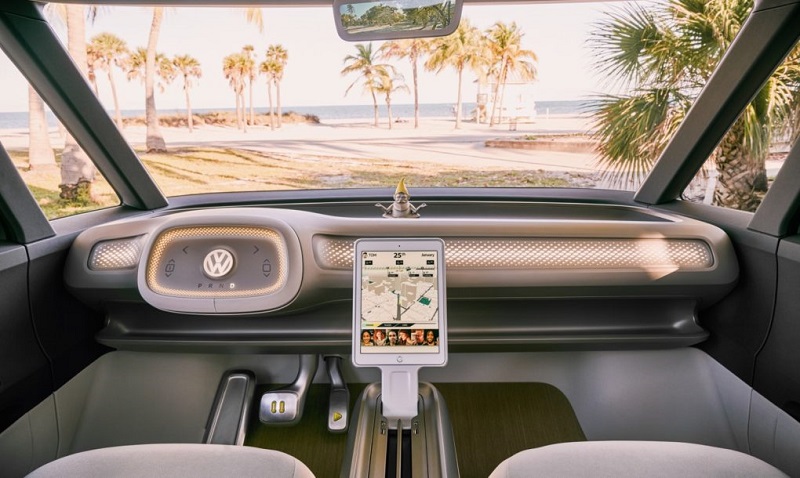 Users will be able to control air conditioning, music, and GPS all from the car’s augmented reality display and removable portrait tablet. When it’s the I.D. Buzz’ turn to drive, its squared-off steering wheel will retreat into the dashboard. The culmination of these modern features is a remarkably smooth, spaceship-like interface that wastes no room on superfluous switches and knobs. Taking a page out of the Tesla Model X’s book, the bus’ battery pack has been mounted flat into the floor and takes just 30 minutes of wireless charging to reach 80 percent of its total lifespan. The I.D. Buzz EV will receive 369 horsepower from its electric motors and be able to go from zero to 60 mph in five seconds flat.