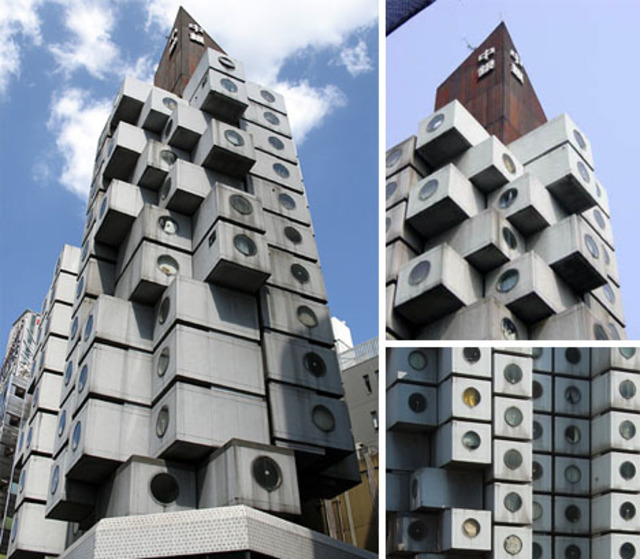 Prefabricated, modular, flexible, space-saving, eco-capsule pod living – sounds super-futuristic, right? Not quite: Metabolism as an architectural movement has actually been around for decades, and this incredible pair of residential capsule towers in Japan shows how fast the future can become the past. 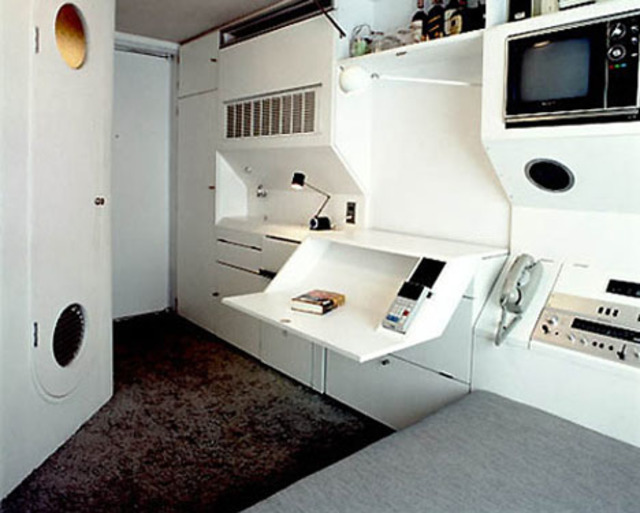 Wary of fixed form and function in a fast-evolving world, Metabolists were mostly theorists – this work is a rare built example of a movement that, while now extinct, is enjoying a revival through new eco-friendly and sustainable philosophies of design. These modules were correspondingly designed to detach easily from the core towers for fast and efficient replacement (or upgrades). 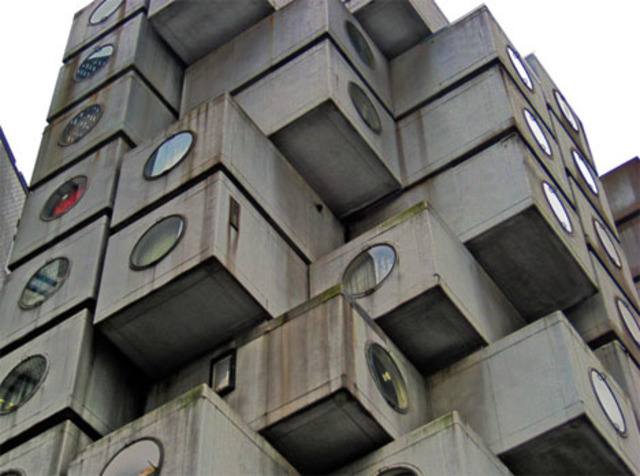 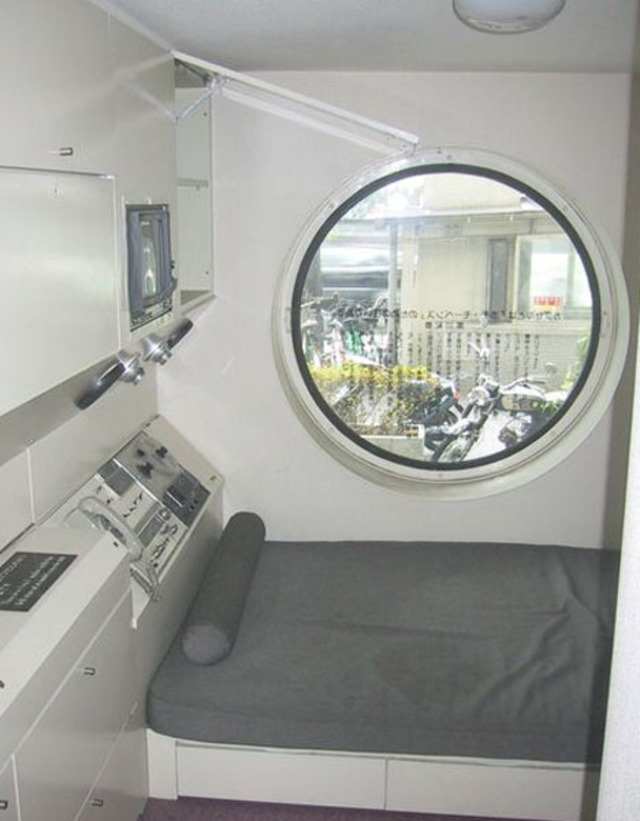 Unfortunately, this idealist vision of Japanese residential living has not worked as expected – to the point where the degrading, small-square-footage units were slated for demolition in recent years. Only a push to save the design has preserved it so far – and the modularity of the design, since this will enable them to keep the core structures while replacing the component pods.

Still, the Nakagin Capsule Tower is an important part of both Japanese architectural history and that of the world, and regardless of what happens to it, it won’t be forgotten.

“Architect Kisho Kurokawa was very innovative in his creation of the Nakagin Capsule Tower in 1972, which was the first capsule architecture design. The module was created with the intention of housing traveling businessmen that worked in central Tokyoduring the week. It is a prototype for architecture of sustainability and recyclability, as each module can be plugged in to the central core and replaced or exchanged when necessary.”

“This unique take on apartments and high-rises in Tokyo is a prime example of the Metabolism architecture movement of Kisho, known for it’s focus on adaptable, growing and interchangeable building designs. These ideas first surfaced in 1960 at the ‘World Design Conference.'”