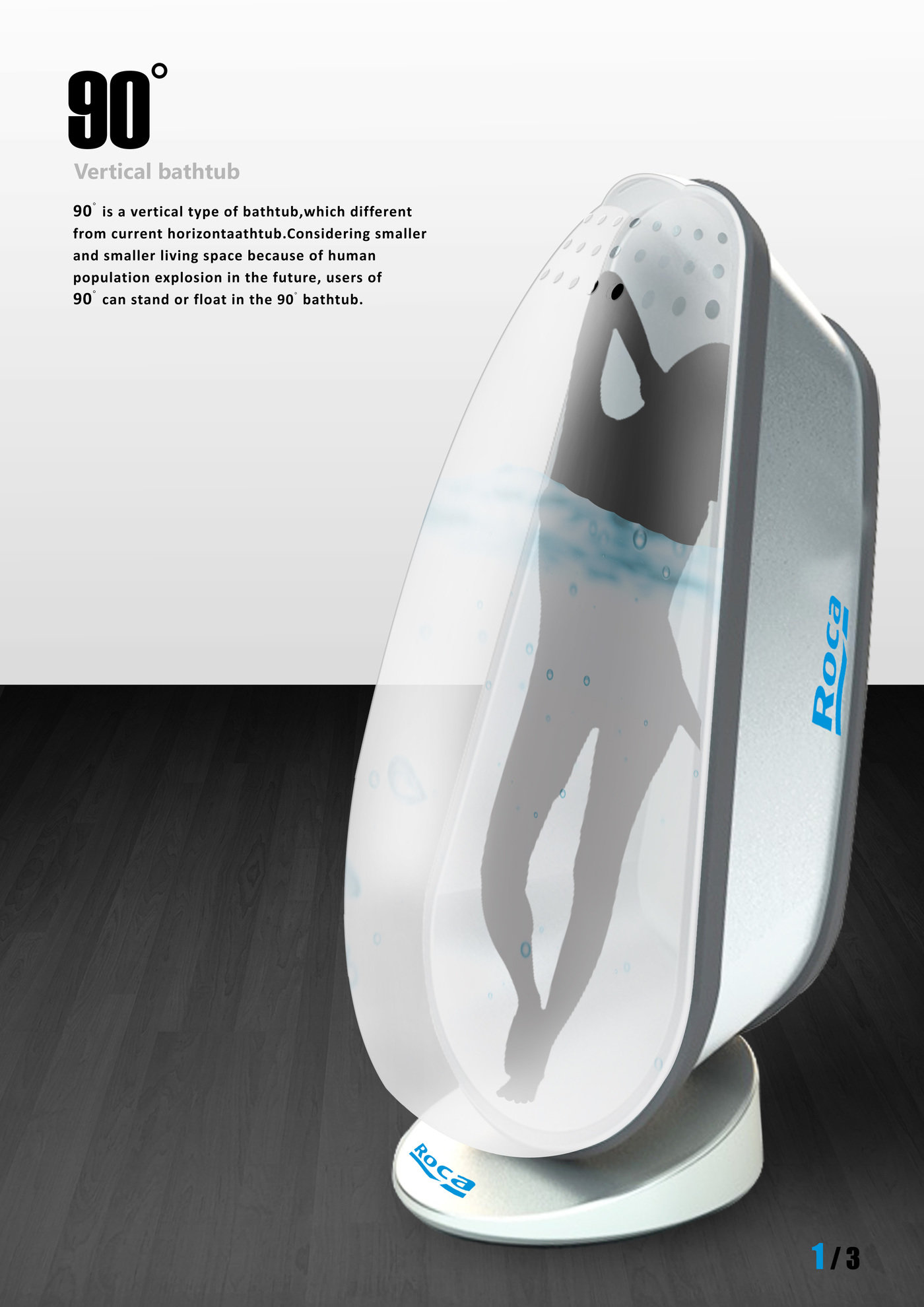 Do you have one of those partial bathrooms that feel kinda useless because you can’t cram a tub in there? Sometimes showers really are the best space-saving solution, but people who love to luxuriate in a bath might find themselves wishing for a much larger bathroom.

But maybe you could have the best of both worlds. A new prototype design by Ethan Lai presents a way to take a bath vertically, in a futuristic bath pod that looks like something straight off a spaceship. 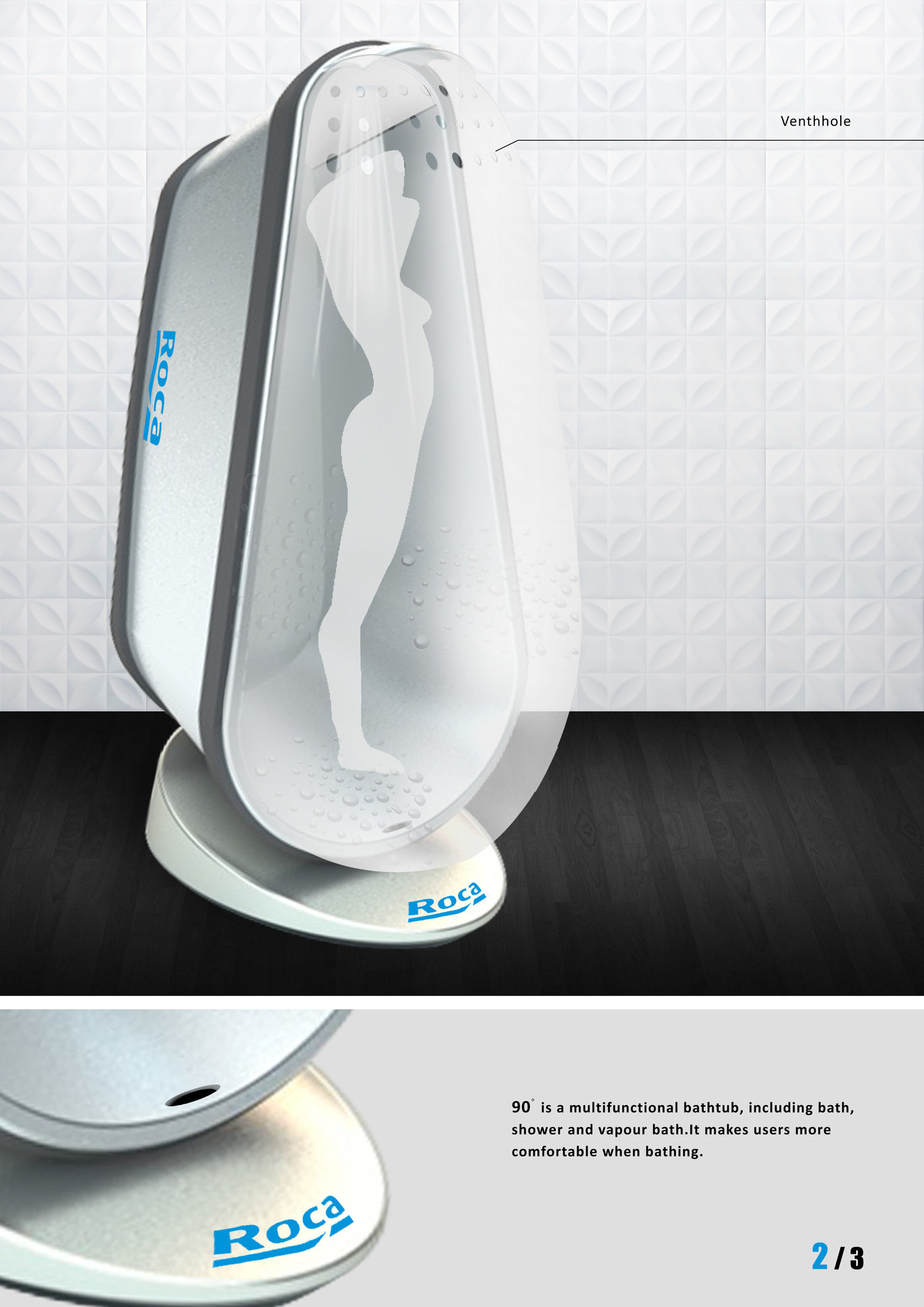 Lai believes future population explosions will require us to come up with all sorts of crazy ideas just to fit more people per square mile, and this Roca multifunctional bathtub is one of them. Whether this premise will hold is a matter for demographers, but the idea is sound: why use twice the space where half as much will do?

Of course, at least in this version, there is a hard-to-circumvent catch: one has to get inside before the tub begins to fill, which means quite a bit of waiting if you want to actually immerse yourself completely. It’s also not for the claustrophobic, and you better hope this thing never springs a leak.

But if it did happen to work, what a revolution it could be for bathing in general.