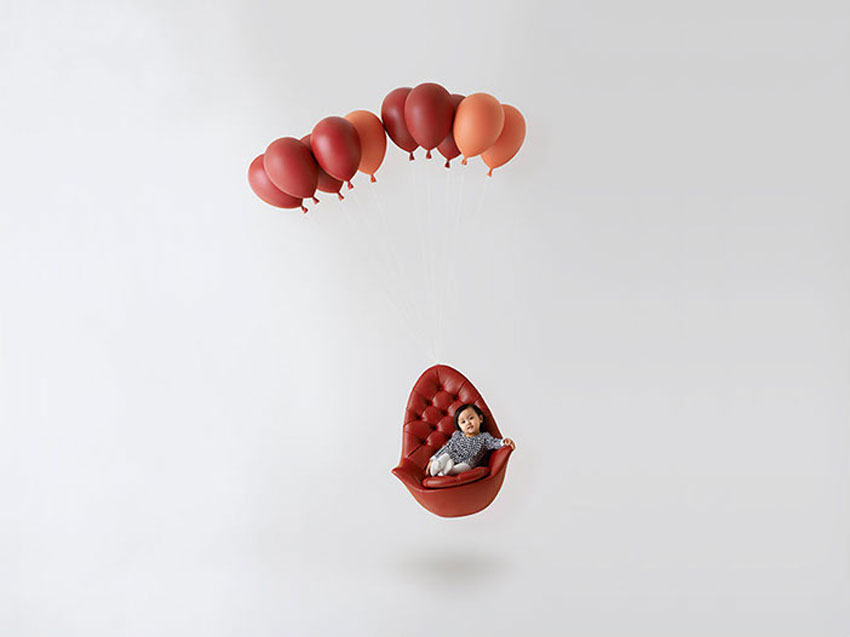 Balloons are the objects of whimsical scenes and ridiculously adorable plans, like the several people who have tried to fly away using balloon power alone. The wonder and whimsy of floating balloons is recreated in the Balloon Chair from Japanese design firm h220430. 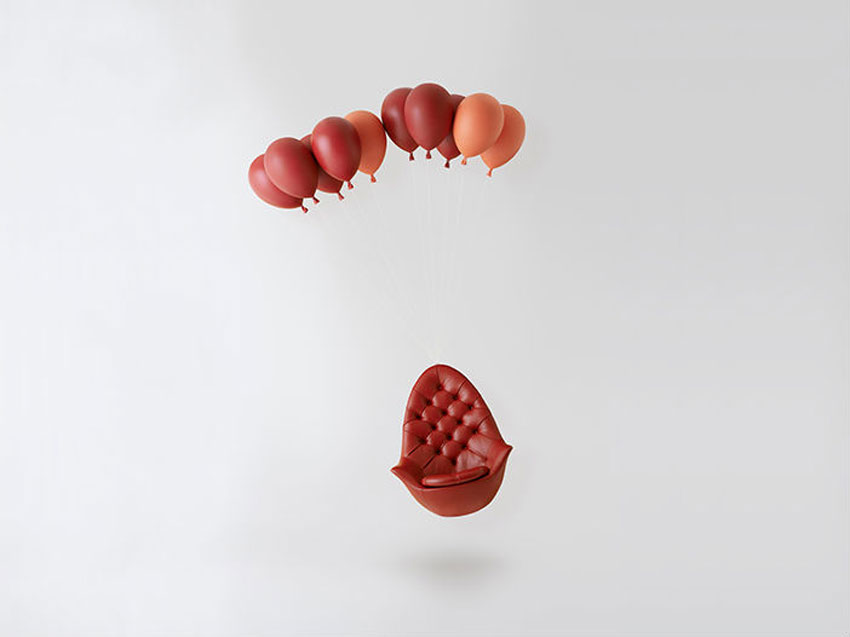 The chair was inspired by the 1953 French movie “Le Ballon Rouge,” in which the main character floats above the streets of Paris thanks to a bunch of balloons. The red legless leather Balloon Chair appears to be floating away under the power of ten red balloons. In reality, the chair is attached to the wall, which actually gives the feeling of floating above the world. 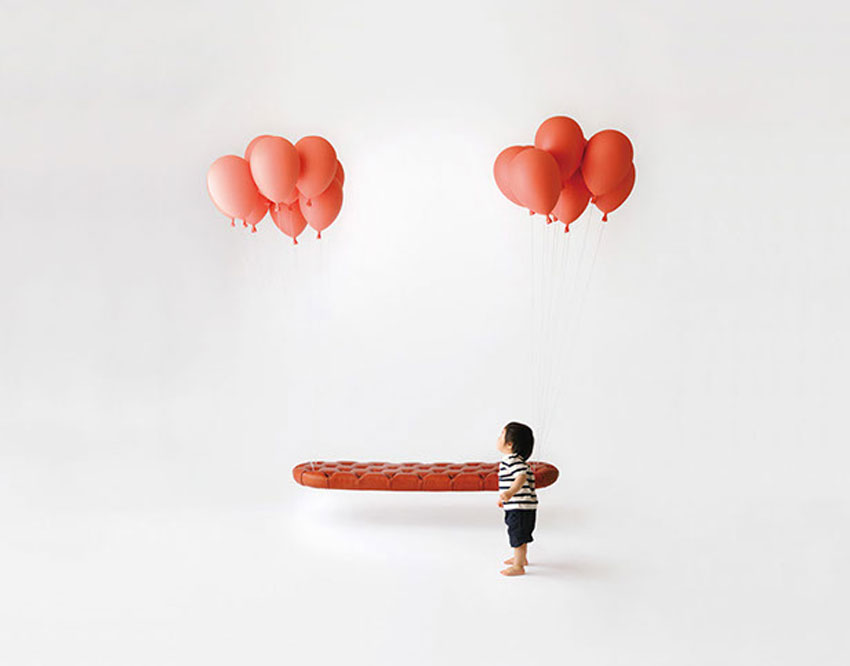 These balloons have no risk of deflating or popping since they are made of thick but soft plastic. The designers believe – and we tend to agree – that sitting in the Balloon Chair can inspire creativity and positive thoughts. How could you help but be happy in a chair that lifts you from the earth toward the sky?

Here’s some insight on the design from ArchEyes:

“The chair aims to recreate the feeling that Pascal, the protagonist of 1950s film Le Ballon Rouge, has when a cluster of balloons carried him over Paris, rescuing him from a group of bullies.”

“Other designs feature a chair and lamp hanging on balloons, a light resembling the sunrise as well as a chair covered in ivy-like materials. In a statement about how they approach design, the studio says: ‘I believe that design is one of useful methods to solve many problems that modern society has; environmental issues, disparity in wealth.'”