It all began with the simple act of swimming under the sea. Eventually, people could book hotel rooms that allowed them to sleep surrounded by the fishes, and next came the undersea restaurant. Now, Conrad Maldives Rangali Island is taking the marine theme one step further by building a two-story luxury residence hotel beneath the Indian Ocean. The new hotel is named Muraka, which means “coral” in Dhivehi, the official language of the Maldives, and it’s scheduled to open in November 2018. 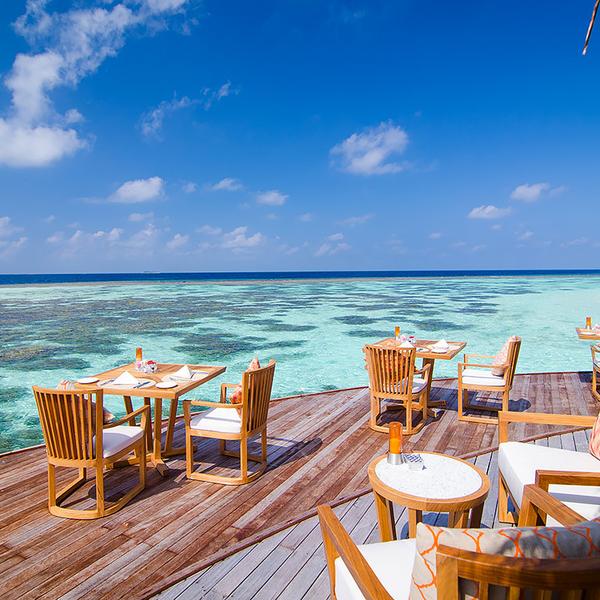 Other underwater hotels offer typical high-end lodging amenities: nice beds, nightstands, a full bathroom, a mini fridge, an entertainment center, and electronic access. Muraka’s luxury features set it apart as a residence hotel, a place where you and eight others could comfortably live for a few weeks, a few months, or forever! 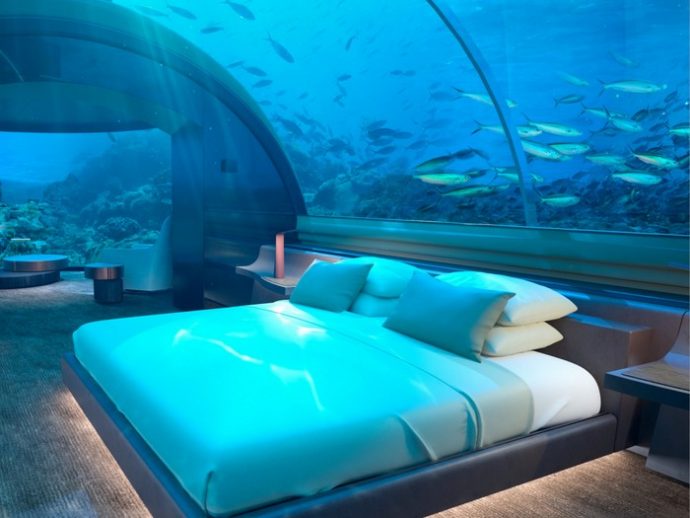 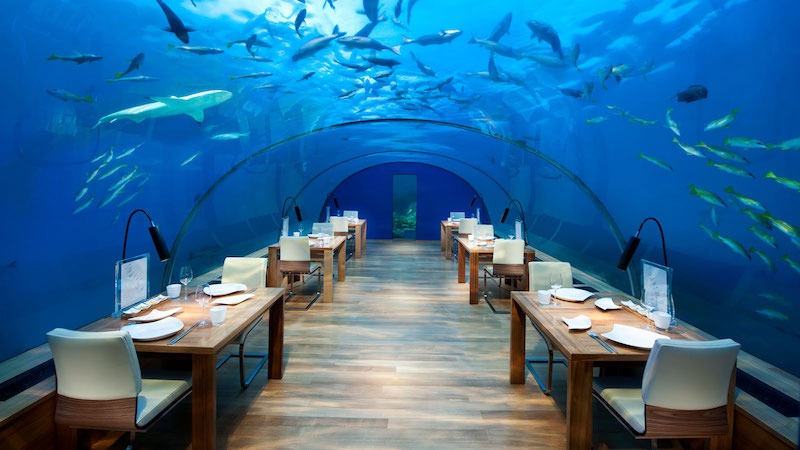 The hotel’s most magnificent feature is its lower floor, which will be built 16.4 feet under the surface of the Indian Ocean. This underwater floor will house an infinity pool, a state-of-the-art gym, an extravagant bar, the butler’s quarters, and the pièce de résistance, a set of underwater bedrooms with incomparable views of the ocean that create the illusion of being in the middle of an aquarium.

Ascend a dramatic spiral staircase to access the undersea suite sector, which itself includes a big living room for relaxing, an inviting king-size bedroom, and a luxurious bathroom. The top floor it open and airy, with a relaxation deck facing the sun and about 5920 square meters of lounging space. By contrast, the undersea rooms take up approximately 1098 square meters.

While Muraka is the first underwater residence hotel in the Maldives, it’s Conrad Hotels & Resorts’ second foray into the realm of underwater technology and and structural design. The hotel industry giant brought Ithaa, an undersea restaurant, to the resort area back in 2005. It was built by architects from the Crown Company along with the same New Zealand design firm that helped design Muraka, M. J. Murphy Ltd. The latter’s influence is abundantly evident in the new hotel, which has a gracefully curved acrylic dome that offers breathtaking 180-degree views of the surrounding sea and marine life. 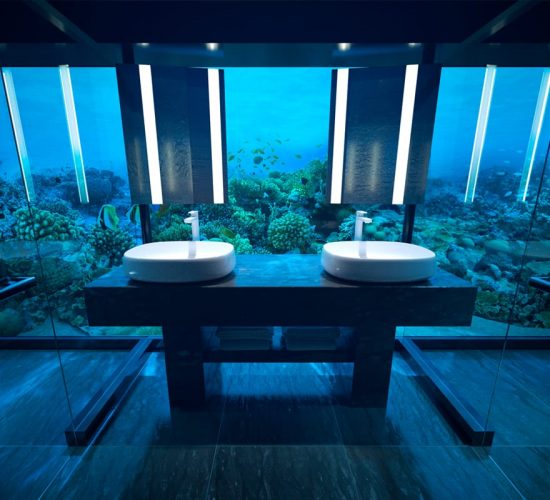 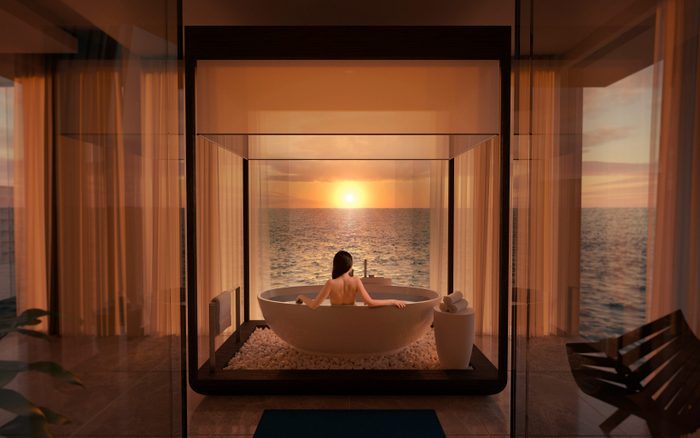 Underwater hotels in other locations are only equipped to accommodate short-term stays, but the Muraka is the first to cater to long-term guests and embrace some truly groundbreaking technology.

A Bit of Boasting

Being part of such a unique project was exciting for all those involved. Ahmed Saleem, the chief architect and designer of Muraka, beamed with pride as he stated: “Through our rich history of being a trailblazer in innovative luxury hospitality, we are proud to remain at the forefront of cutting-edge design, technology, and architecture.”

Conrad Maldives Rangali Island’s general manager Stefano Ruzza added: “We are excited to present Muraka’s unique sleeping under the sea experience to our future guests, providing them with an extraordinary seascape of the Maldives from an entirely new perspective.”