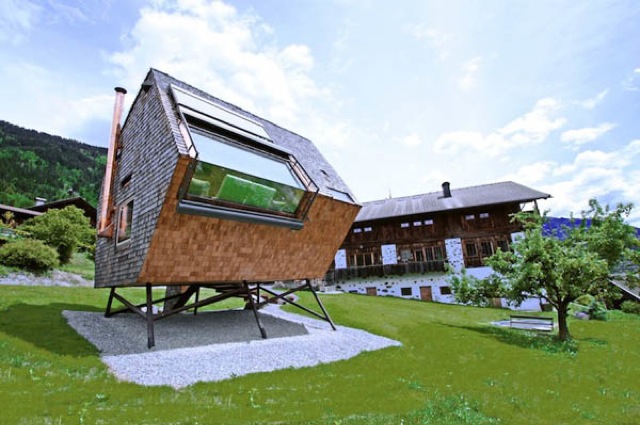 What looks like a cabin turned on its side, partially lifted off the ground with steel stilts, has landed beside a traditional farmhouse in an Austrian field. Urlaubs Architektur has created the effect of a foreign object that nevertheless speaks the vernacular of its surroundings, blending in quite well in its beautiful mountain setting. 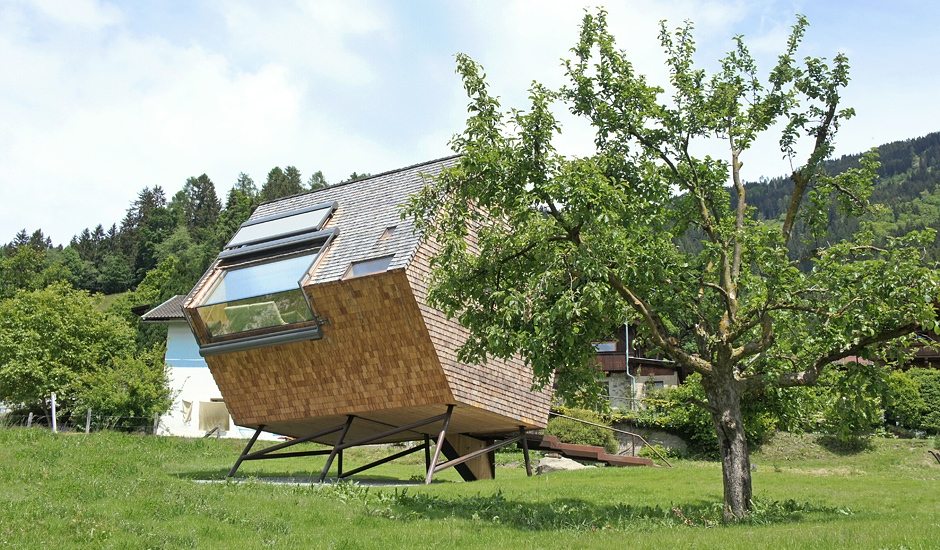 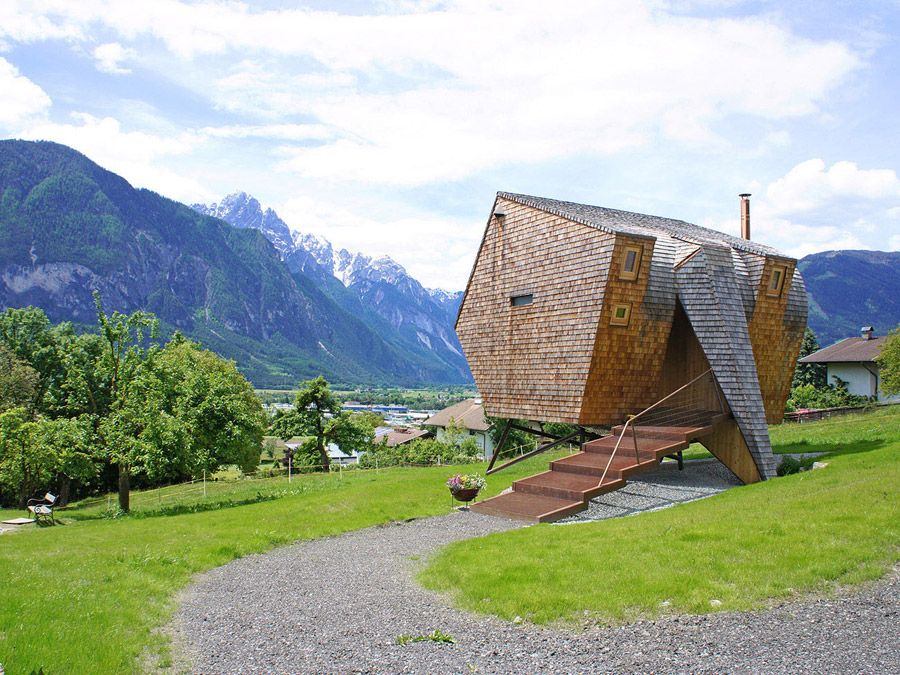 Whether it was brought in by aliens or dropped during a tornado, Wizard of Oz-style, ‘UFOgel‘ is a visually interesting addition to the adjacent traditional home. Due to the variations in topography, the miniature modern cabin design appears to be set at an odd angle in comparison to the farmhouse. 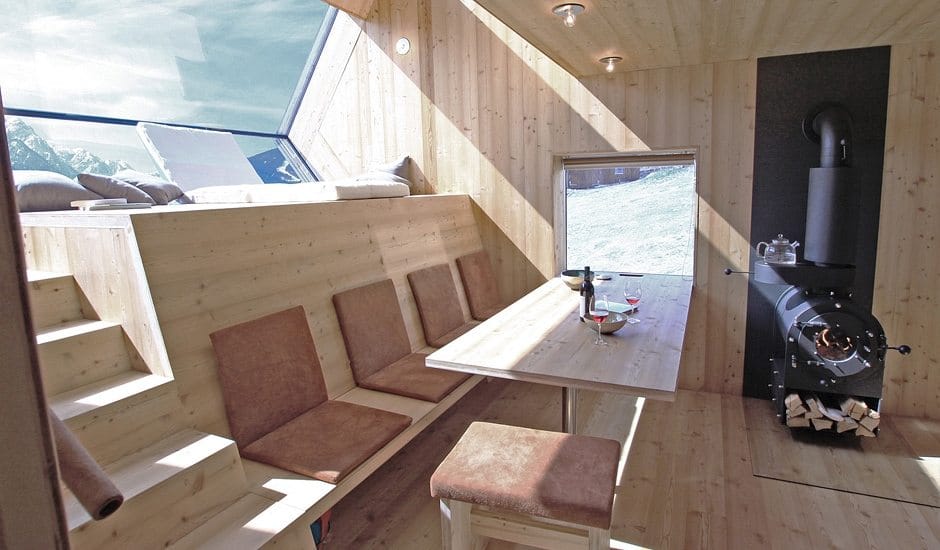 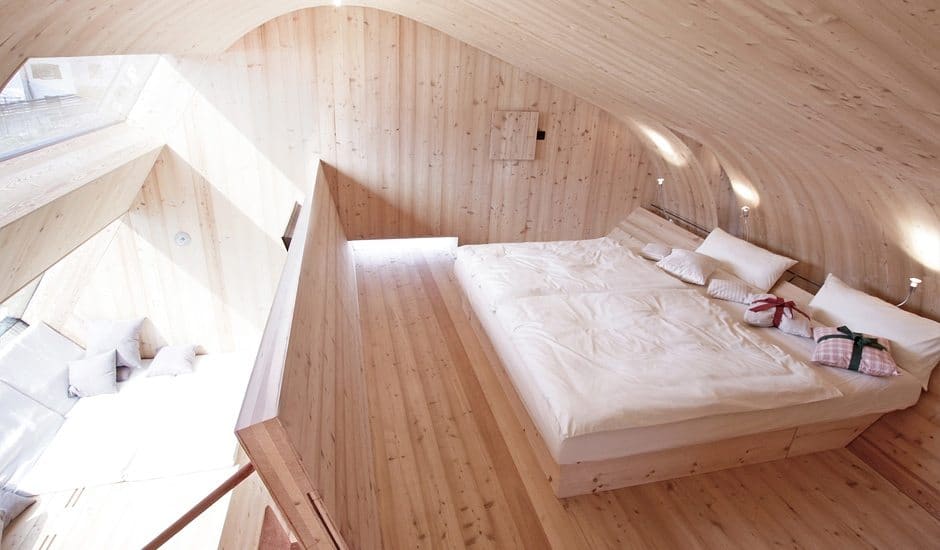 Created as a holiday house, the cabin contains its own kitchen, bathroom, a dining area capable of accommodating eight guests, and a loft space with room for four. The interior is clad in warm timber for a welcoming feel that invokes the classic architectural typologies of ski chalets in the Alps.

The double height, curved ceiling, large windows and creative built-in furniture make the space feel a lot larger than its 45 square meters, lifting a lounge space into the angular glassed bump-out above the banquette. 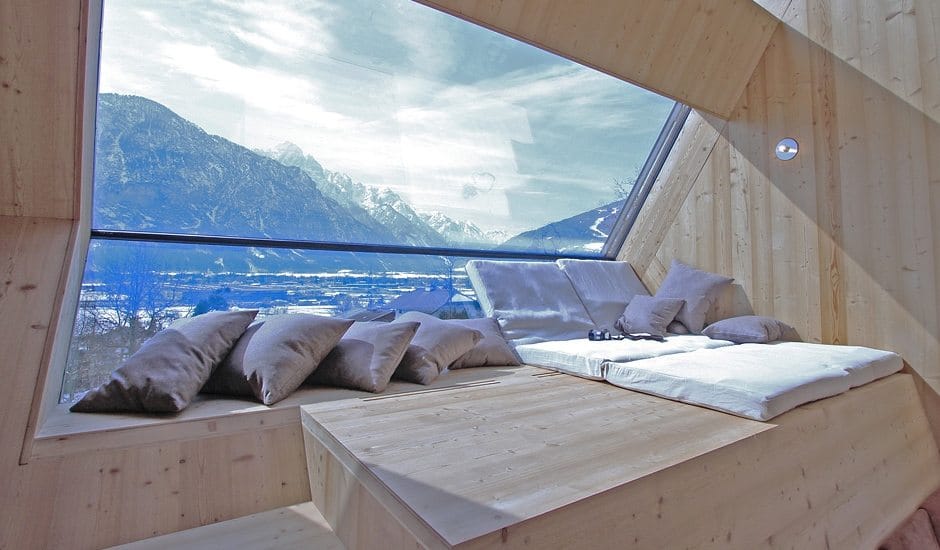 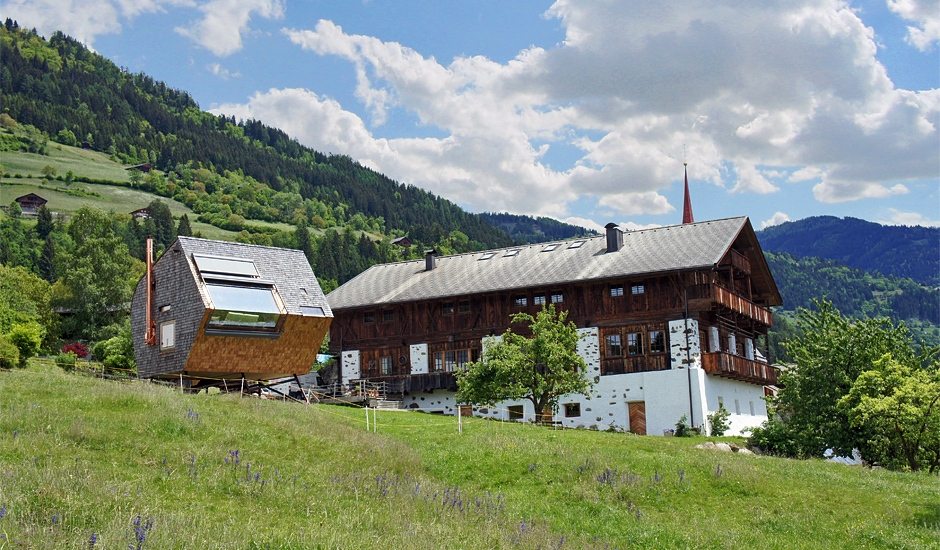 “A strange object has landed next to an old farmhouse in the East Tyrolian village Nussdorf,” say the architects. “Floating on stilts over the hill, this exceptional holiday house looks like a blend of a UFO and a bird. It has accordingly been named ‘Ufogel’ (a combination of the words UFO and Vogel which in German means bird). Inside the wooden body – which is covered with traditional shingles – feels like a cosy nest and offers both security and a sense of openness. The scent of wood flows through the room and the panoramic window makes you feel like you’re outside.”

“The building with a floor area of 45 sqm is a real space saver: On the ground floor is the kitchen with a large dining area for up to 8 people. In the half-floor you find a lounging area overlooking the East Tyrolean mountains. A few steps higher, underneath its domed roof, is the sleeping area which can accommodate up to four people, and a bathroom where you can shower with views of the mountains.”