In June 2017, the winners of the first-ever Hong Kong Pixel Homes Competition were revealed. When the contest was first announced back in February, its entrants were asked to address the need for a more efficient form of multifamily housing in densely-populated cities. In the end, the $3000 first prize went to ”Towers Within A Tower,” an innovative architectural concept by the Chicago-based Kwong Von Glinow Design Office. 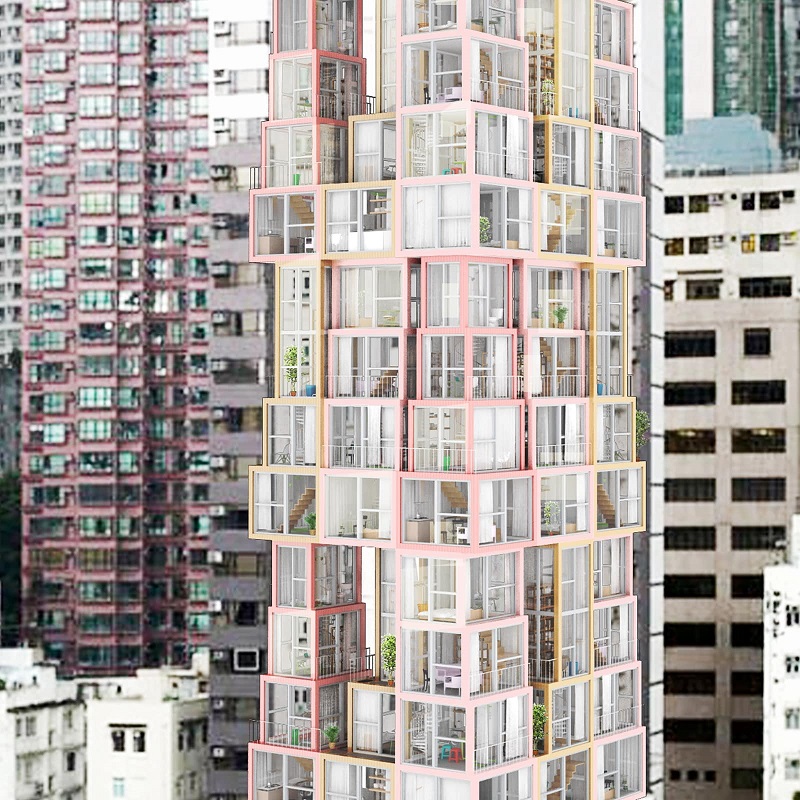 The competition was organized by Bee Breeders in an effort to solve the “perennial typological challenge of multi-unit housing.” Overcrowding is a real problem in a lot of major cities and directly contributes to housing shortages, inflationary markets, and increased economic disparity. To tackle this problem, contestants had to come up with a way to comfortably fit more people into a limited 100-square-meter space. 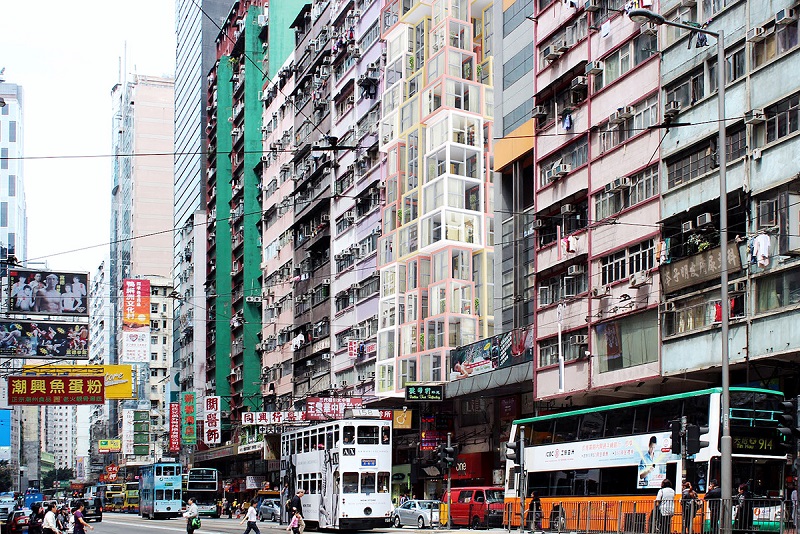 Winners Lap Chi Kwong, Alison Von Glinow, and Kevin Lamyuktseung approached the issue by designing a modular housing system in which each unit’s rooms would be placed on top of, rather than next to, each other. The resulting apartments resemble mini-towers and come together to form a single tower block. In a recent interview with CNN, Kwong explained: “In Hong Kong, everyone’s apartment is horizontal — you don’t really experience a vertical spatial quality within (people’s) houses. So we thought about making a tower out of each apartment unit, and then stacking them.” 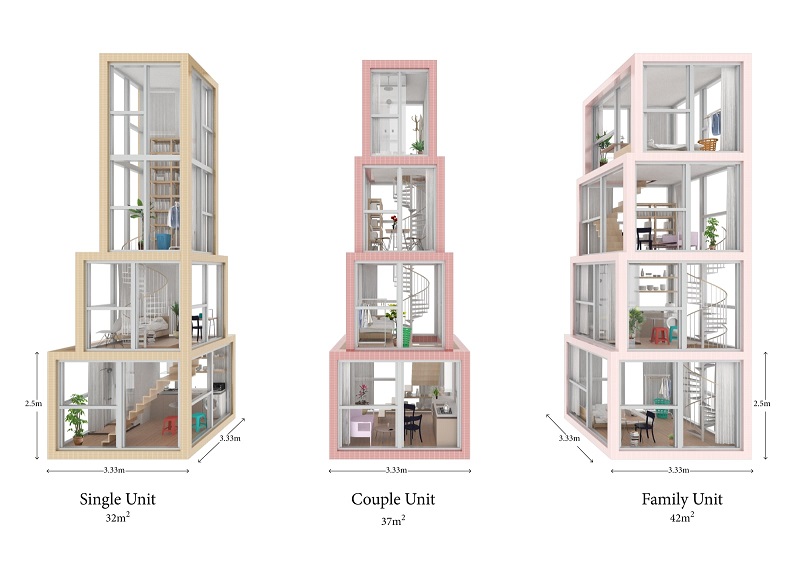 To accommodate a variety of housing needs, the architects included plans for studio, one-bedroom, and family units in their final design. With a base of just 42 square meters, even the largest of these apartments might seem too small to lead a comfortable life in. However, it’s important to remember that they’ve been vertically arranged and span a whopping four stories each. Plus, they’ve all been clad in pastel pink and orange tiles for a bright and airy look. 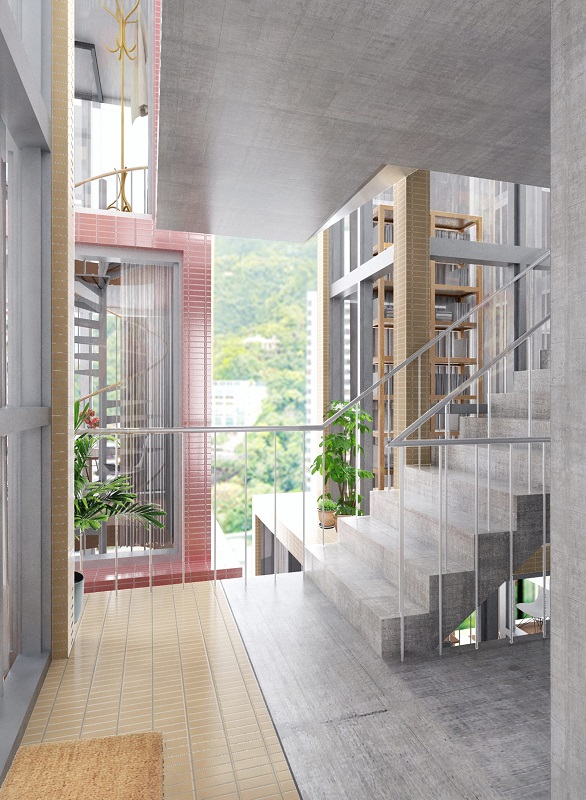 Upon announcing “Towers Within a Tower” as the winning project, the competition’s panel of jurors had this to say: “As the unit progresses upward from floor to floor, the building envelope steps to maximize exterior exposure and increase availability of natural light. Organized in a nine square grid, the project takes full advantage of the perimeter, locating the public circulation at the core.” 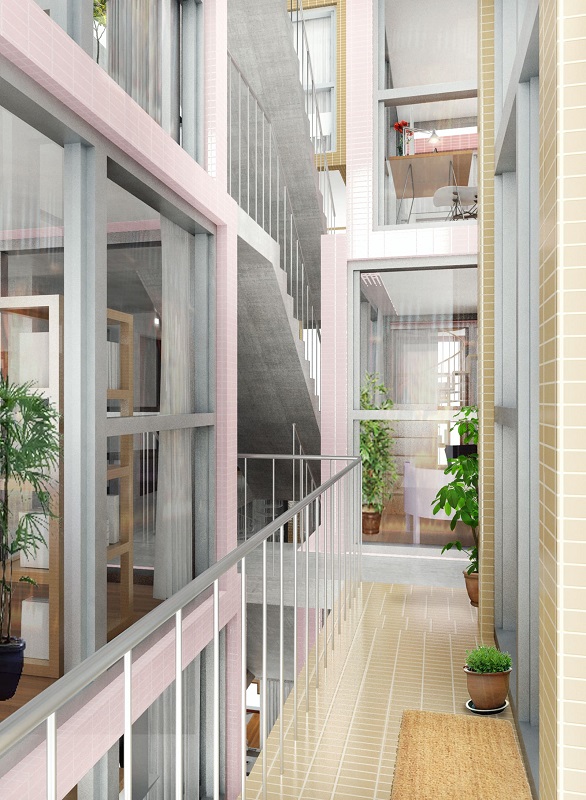 To eliminate the isolated feel of standard apartment buildings, the designers also thought to work some outdoor common areas into their tower block. Lap Chi Kwong notes, “I lived in Hong Kong for 15 years — you take the elevator, go up, walk through the corridor and go into your apartment. The interaction with neighbors is very limited. (Apartment blocks) aren’t places that you can hang out in. So we wanted to provide public space that people can enjoy — where they can communicate and play around each other.” 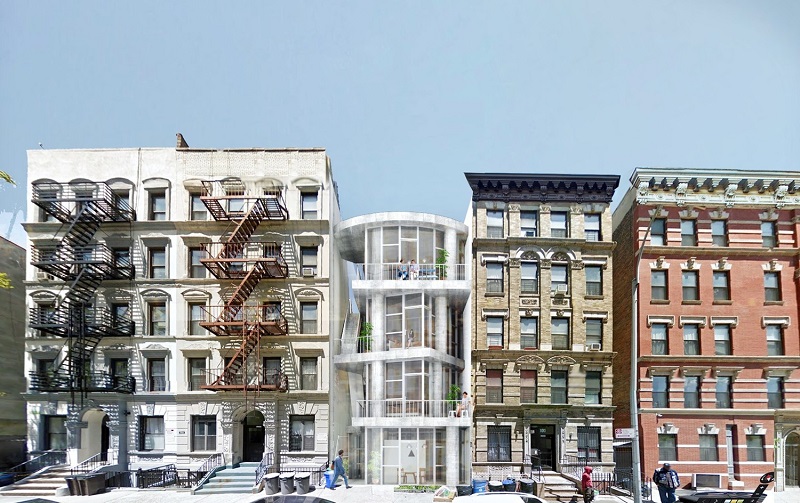 Kwong Von Glinow Design Office is no stranger to winning contests. Last year, they won both the New York Affordable Housing Challenge and the 2016 Chicago Prize: On The Edge. For the New York competition, the team designed a series of ”Table Top” apartments (pictured above), which similarly employ a vertical layout to fit more housing into a dense urban area.