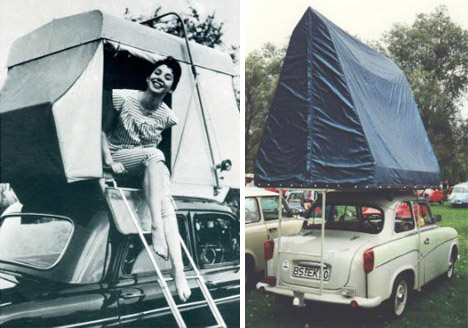 Like the lemon sibling of the classic VW Beetle in the West, the East has its own strange little claim to retro vehicular fame – the Trabant (or ‘Trabi’ for short) in question is a car that looks too small to fit one person, let alone the four for which it was built. But perhaps the oddest aspect of all: it also came equipped with an optional rooftop tent with a footprint as tiny as that of the vehicle itself. 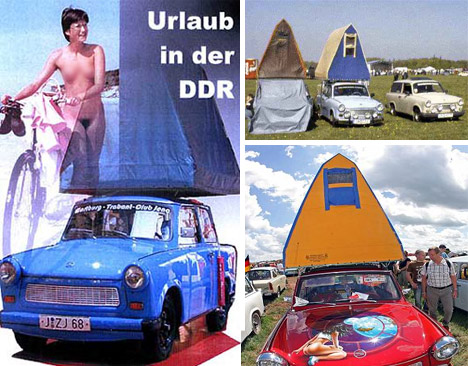 Over three decades of production, the construction of the car remained largely unchanged – hence the extra value accorded to any additions, such as the rare roof tents. Also, used Trabants were more expensive than new ones – and were kept in immaculate shape by most owners – due to a waiting period that could last as long as ten to fifteen years. 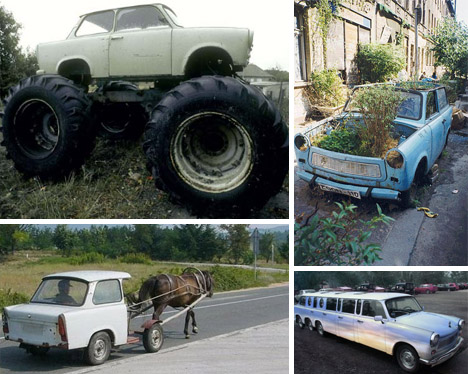 Continue reading below
Our Featured Videos
Communist propaganda encouraged car vacations by the sea using these miniature mobile camping homes. Since the collapse of the wall and reunification of East and West Germany, Trabants are still popular (much like old VW Bugs) as vintage pieces of the Iron Curtain past. To this day, many people with fond memories of their youth spent traveling in the tiny cars continue to create a high demand for what may be the smallest portable home-on-a-car ever made.