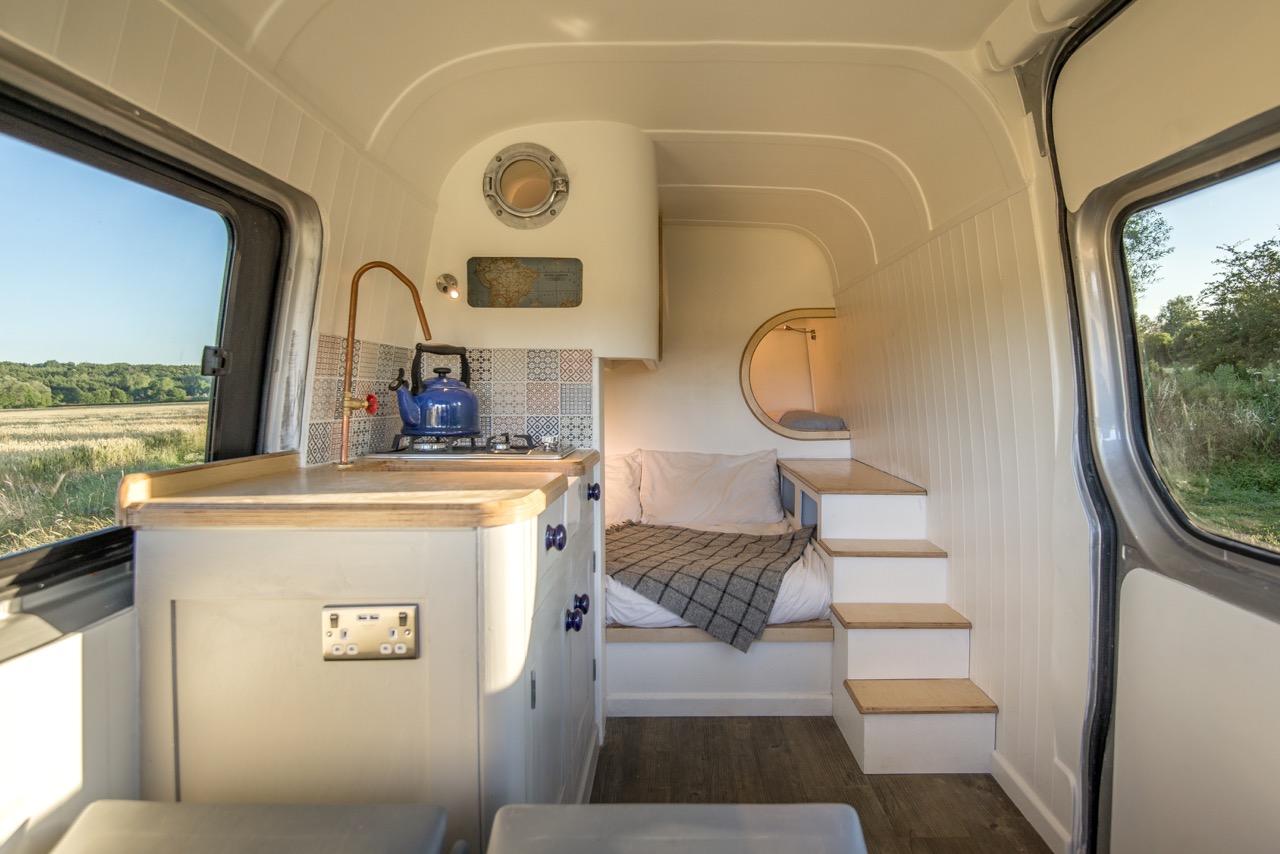 The phrase “camper van” conjures visions of hand-painted 1970s Volkswagen buses with curtains in the windows, parked in front of your house for a suspiciously long time. Long synonymous with hippie culture, these vans have come a long way in the decades since, and many are going “stealth,” meaning you can’t tell from the outside that the inside is livable. Modern DIY van conversions typically use a standard cargo van, passenger van, or Sprinter van (which features a high ceiling) as a base for fully customized interiors, which range from a basic bed platform and a few shelves to beautifully appointed mini homes on wheels.

“This Moving House” falls into the latter category. Owner Jack Richens had previously converted an old mail delivery van and wanted to take his skills to the next level. This time, he purchased a secondhand 2012 Mercedes Benz Sprinter with a long wheel base for roughly $10,000 and spent another $8,500 on materials, fixtures, and equipment to convert it to a comfortable camper. His girlfriend designed the interiors, and he built them himself, with help from his father. 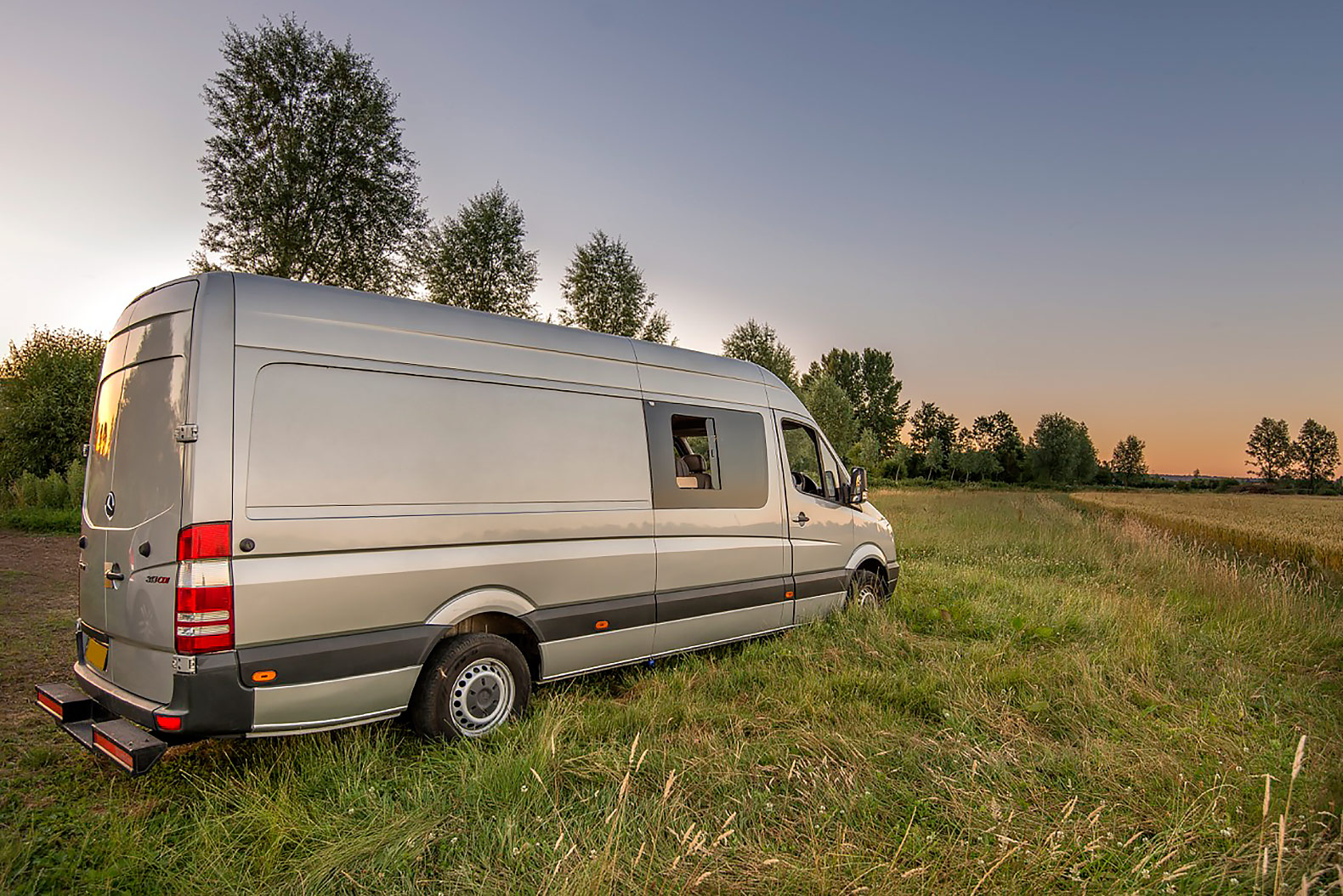 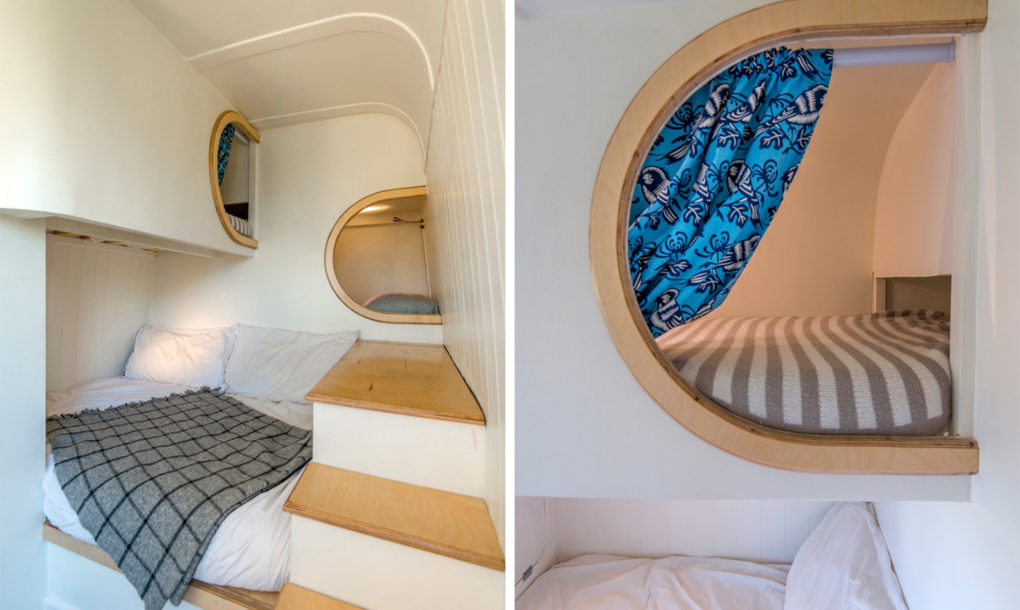 “Following the undignified death of my old post office camper conversion, my girlfriend and I found that life without a van is considerably less fun,” says Richens. “After a great deal of shopping around we found that, almost without exception, camper vans are impractical, motorhomes are ugly, and canal boats don’t do 80 miles per hour.”

“We set about creating a vehicle for the next chapter in our lives which we rightly suspected would welcome children. So the main remit was to design a van that could accommodate a family of four on a typical British rainy holiday to a windswept coast and not want to kill each other by the end of the week. I’m glad to report we are alive and well.”

Just about anyone could insert a few cabinets, bolt them to the van walls and lay down a mattress in the back, but many van converters want something more robust and livable than that, choosing to implement fold-out beds, hidden storage, kitchen cabinets, sinks with running hot water, cooktops, and even toilets and showers, shoehorning it all into an improbably small space. Richens’ own solutions are unusually clever, taking inspiration from the cabins of boats. 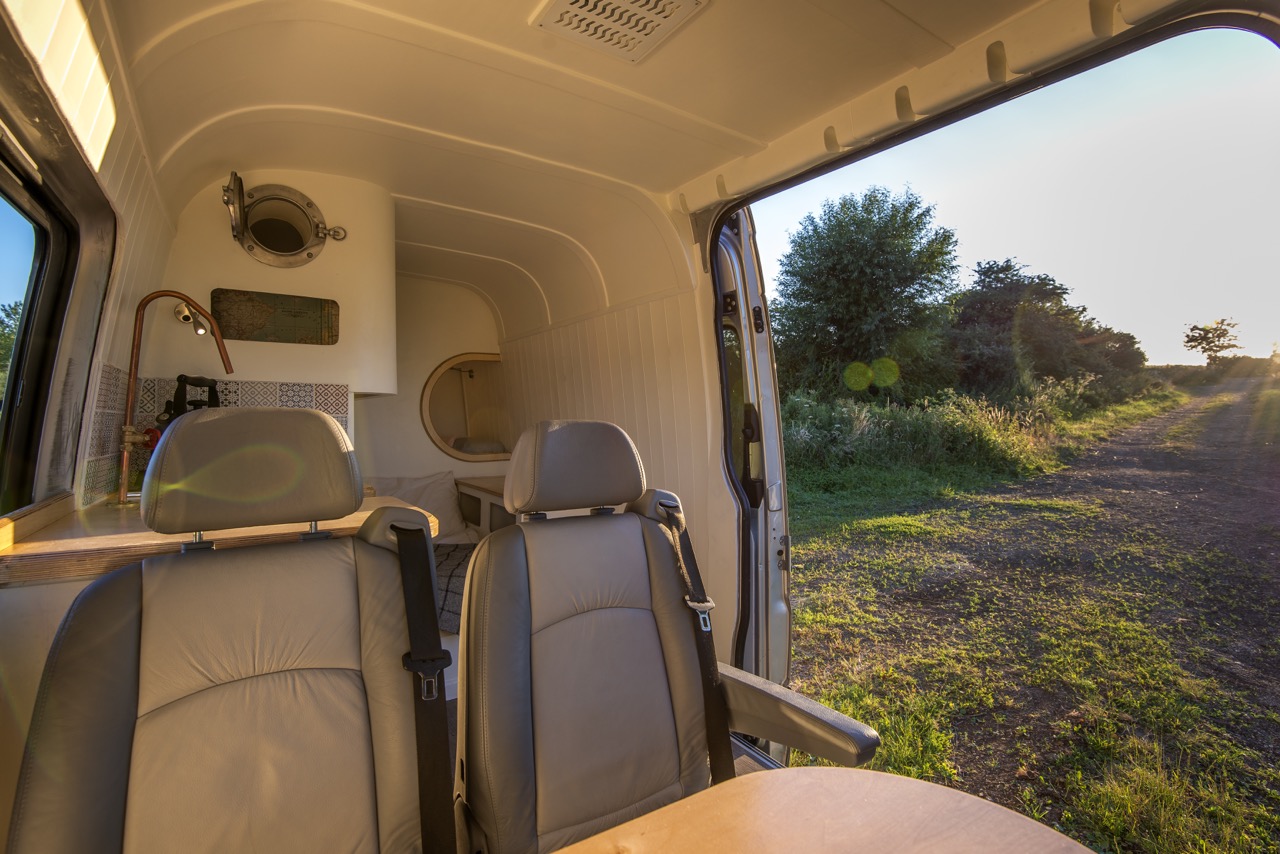 Since he needed to fit enough sleeping areas for four people, Richens had to come up with a creative way to arrange the beds. The result is nothing short of brilliant: the beds are only high enough to sit up in from head to waist, while your legs slide into a space that’s just as high as your hips are wide, enabling you to turn over or sleep on your side. With this space-saving technique, borrowed from old methods of constructing boat bunks, three tiers of sleeping areas are wedged into a small space in the very back of the van. 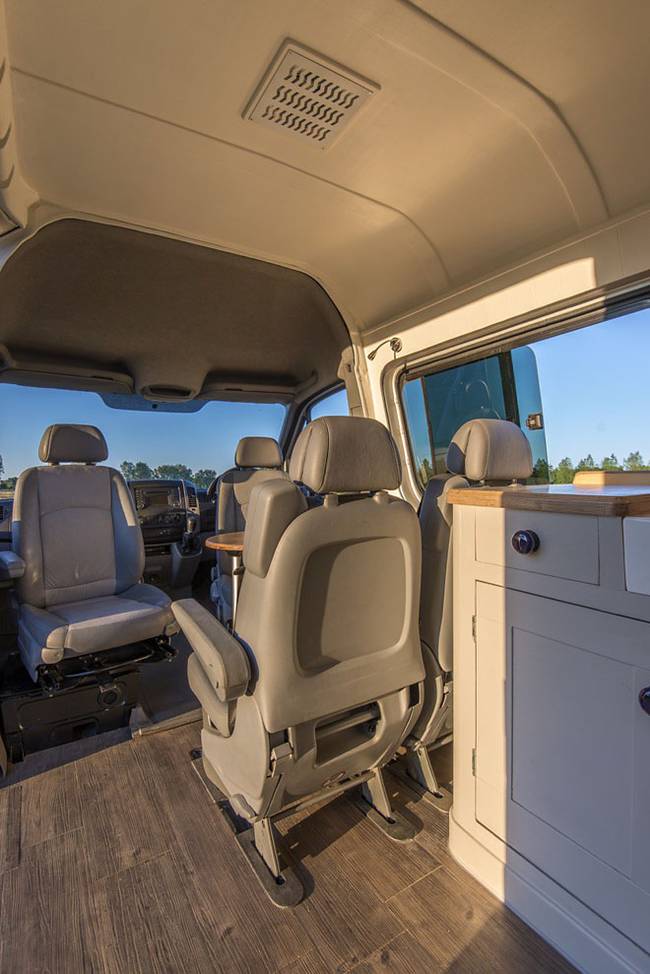 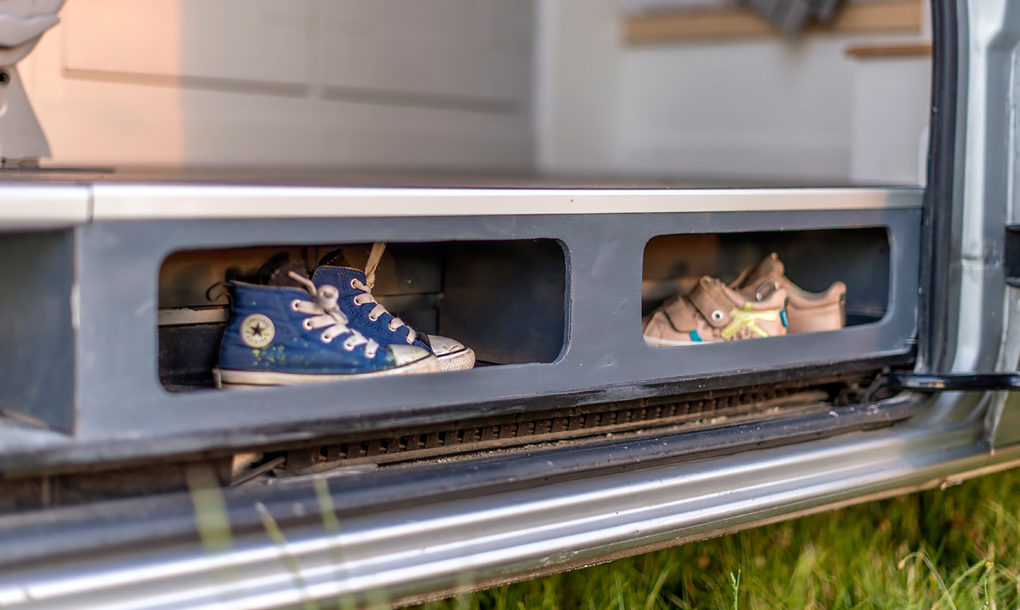 The driver and passenger seats of the van swivel around to face the rear seats. Pop up the fold-out table mounted to one wall, and you’ve got a surprisingly comfortable and spacious dining area. The van also features a mini kitchen, built-in shoe storage, and cubbies for things like strollers and surfboards in the rear. It’s an impressive project, sure to inspire visions of summertime road trips with no tent assembly required.