As a finalist for the Lexus Design Award 2021, architect Henry Glogau crafted a skylight that creates both potable water and nighttime illumination for Chile’s poorer coastal communities. 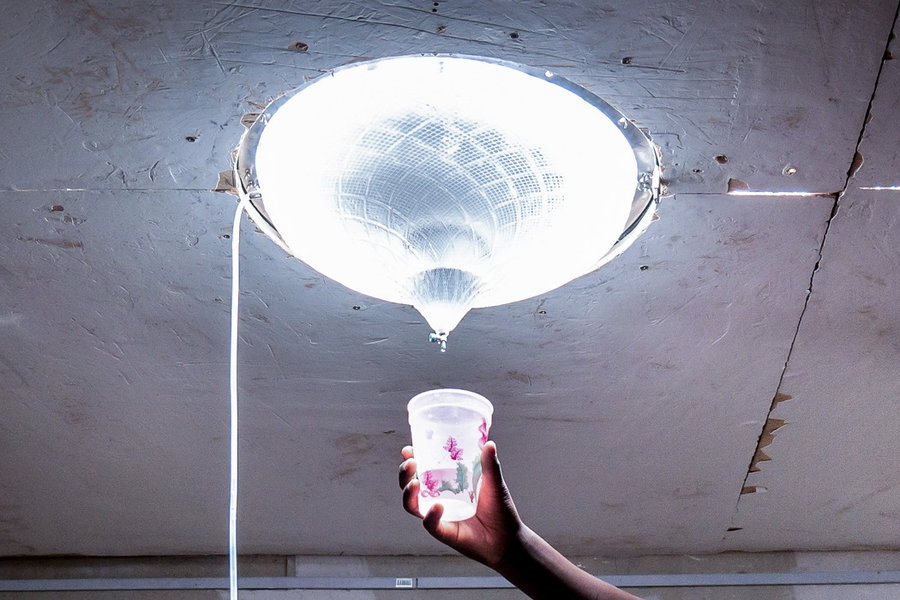 A New Zealand native, Glogau explored global challenges all over the world as part of his studies in Architecture and Extreme Environments at the Royal Danish Academy. His travels in Chile – among some of the 110,000 families there with no access to power or purified water – inspired him to invent a self-sustaining solution.

“I identified two raw resources which [the Chilean] communities had unlimited access to: sunlight and seawater,” explains Glogau, who now works at Danish architecture firm GXN. “I wanted to achieve a design which was sustainable, passive, and created a striking feature inside the dark settlement home. In my development process, it became apparent that I could address the lack of indoor lighting and water access by creating a hybrid skylight and solar desalination device.” 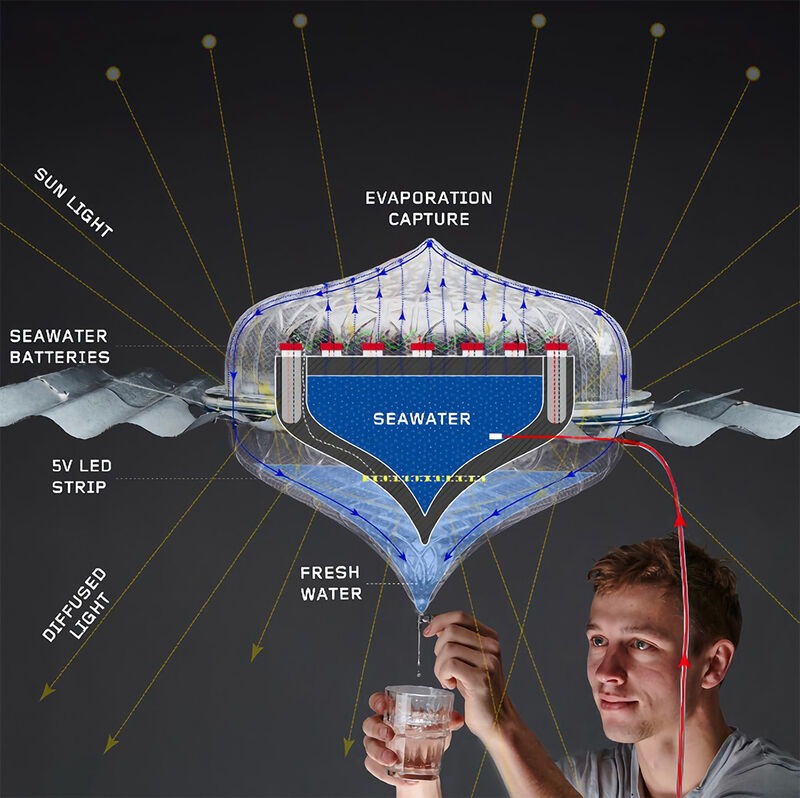 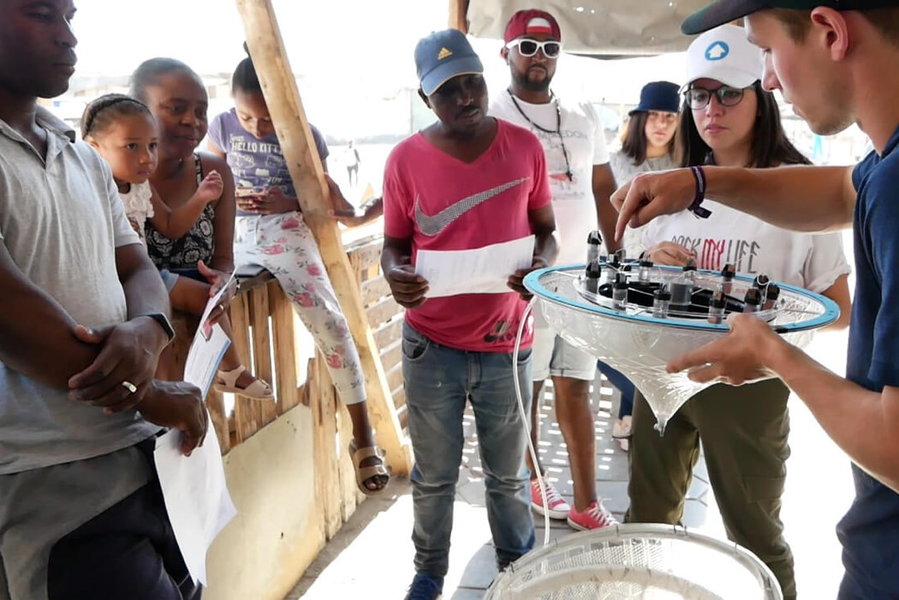 Here’s how it works: salty seawater is poured into a pipe in the bowl-shaped skylight, where solar energy is harnessed to distill it into drinkable water. A tap at the base allows owners to collect the usable water from inside their homes. The skylight also brings diffused natural sunrays into houses that are often dark due to a lack of windows. When the sun goes down, the leftover brine from the ocean water is sent into copper and zinc batteries that produce an electrical charge to power an internal LED lamp for nighttime use. This green model keeps resources efficiently cycling through the whole process.

Collaborating with local NGO Techo, Glogau was able to install his device within the Chilean community of Antofagasta. Through the course of his experimentation there, he developed a prototype that could produce 440 millimeters or 1.85 cups of potable water a day. The 12 salt-powered batteries in each skylight were able to generate 9.53 volts. 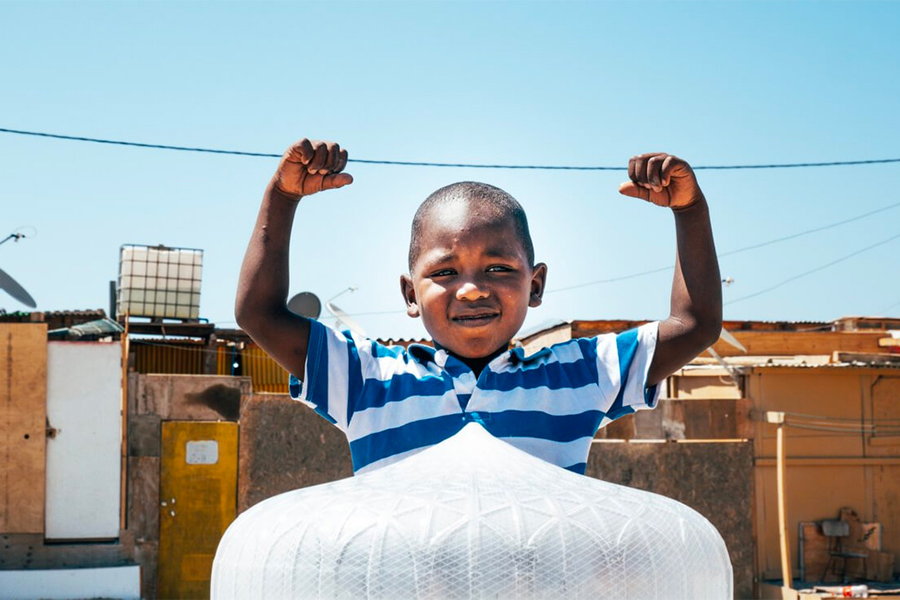 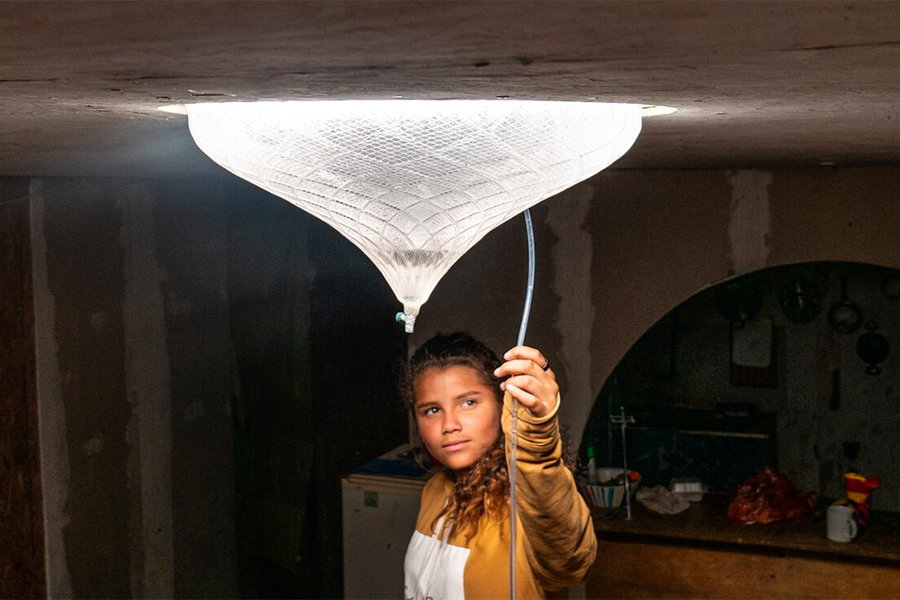 Glogau is one of six finalists in the Lexus design competition, an annual contest sponsored by the luxury car brand to discover up-and-coming makers and inventions that incorporate their three fundamental principles: “Anticipate. Innovate. Captivate.”

This year’s theme of “Design for a Better Tomorrow” allowed participants to address relevant issues of the day. “In the middle of a changing climate and a global pandemic there was a predictable urgency to the problems being addressed by the designers,” said Lexus Design Award judge Greg Lynn. “Across all the proposals we saw, there was also a humanity and intimate scale.” 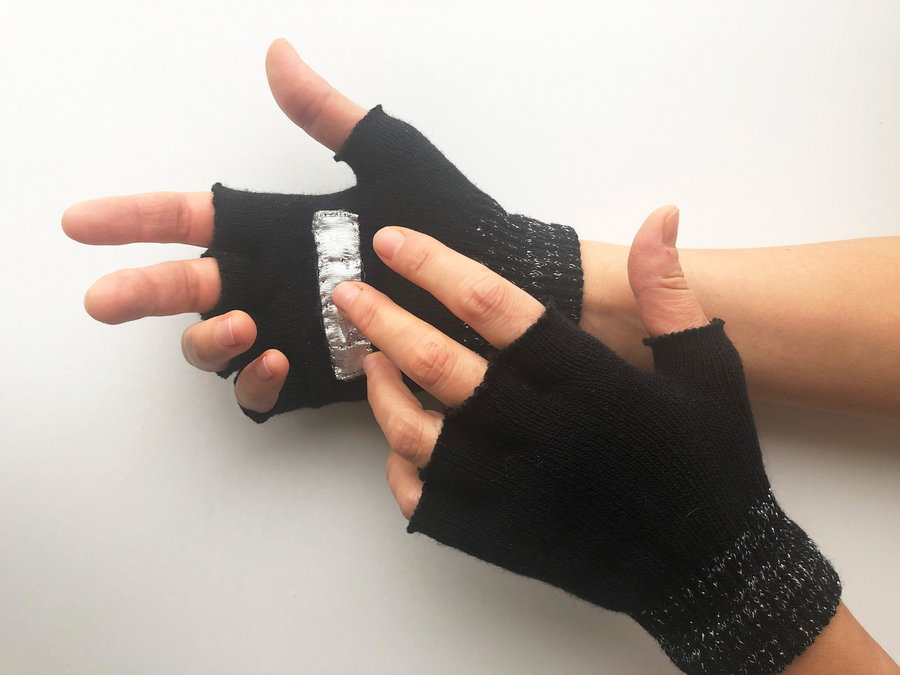 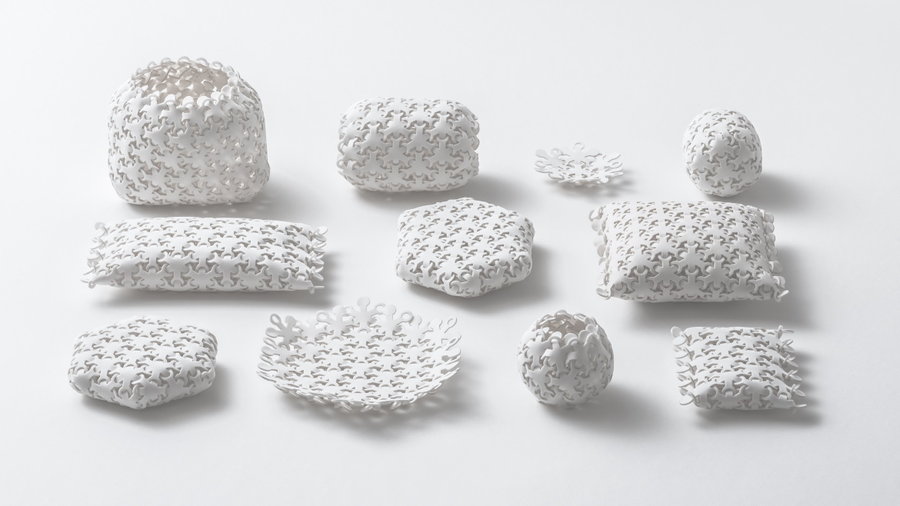 Other proposals that made it to the last round include things like a terracotta evaporative wind-powered cooling system for subways, mittens that use rhythm and music to mitigate stress, and a reusable packaging material that can be assembled like a puzzle with rearrangeable pieces.

The finalists will be matched with leading mentors and given $25,000 to help them improve their prototypes. The projects will then be judged and a winner declared in April 2021. 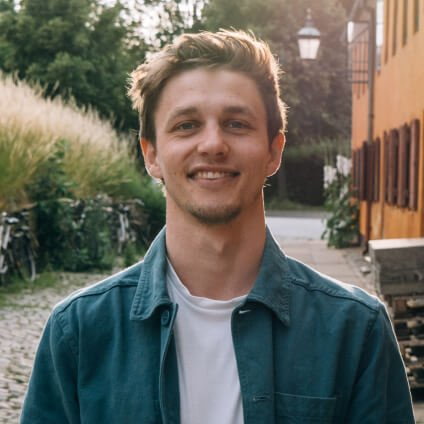 Glogau is excited for the difference this competition can help him make. He believes that innovations like his desalination skylight are essential to the earth’s future. In order to survive climate changes and resource scarcity, he says, “we need to re-imagine our living environments in a sustainable and autonomous way.”