As the economic landscape continues to change over the next decade, which jobs will be more in demand and which will fade away? There’s a lot of uncertainty about the role artificial intelligence will play, with careers in fields like food preparation, construction, driving, manufacturing, and customer service at risk. But we’ll definitely continue to need highly skilled coders, at least for the foreseeable future. 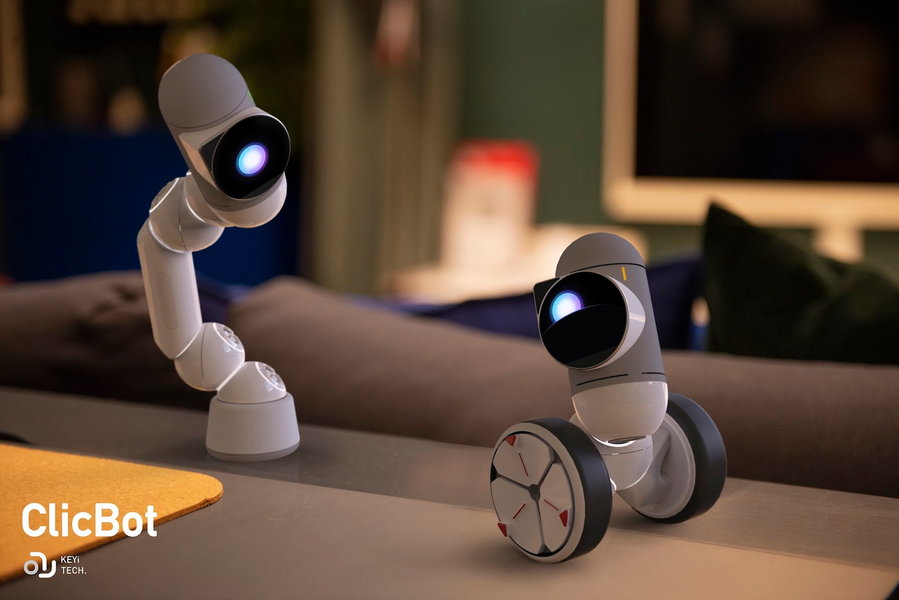 If you want to prepare your kids for success, getting them interested in technology and coding now is a great start. A new robot called Clicbot aims to make that task easier, teaching family members the fundamentals of coding through games like trivia, red light green light, ghost catcher, ball chaser and distance keeper, and 10+ video courses.

Part of the fun is building the robot. It’s made up of several small modules that are easy to assemble into various configurations, including joints, wheels, distance sensors, foot pressure sensors, graspers, phone holders, and mounts. You can set it up to sit on a table and interact with you, or put it on wheels so it can zoom around in the driveway. 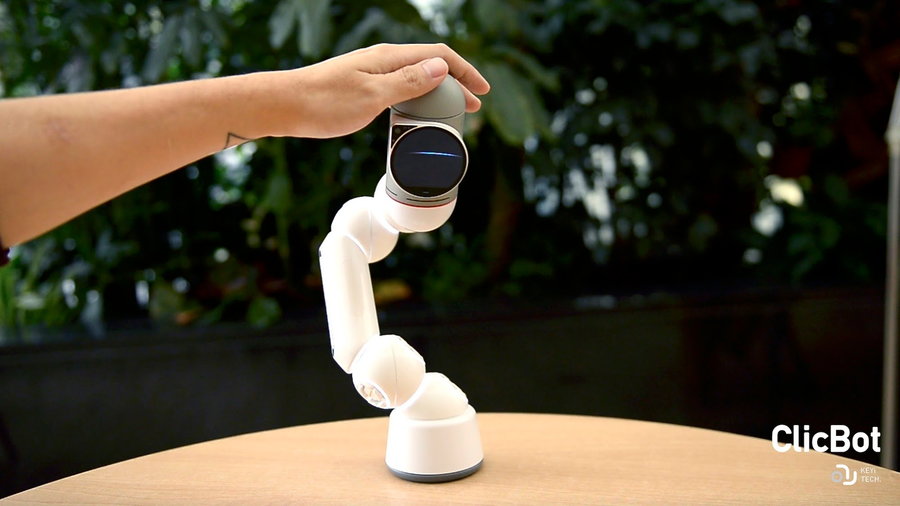 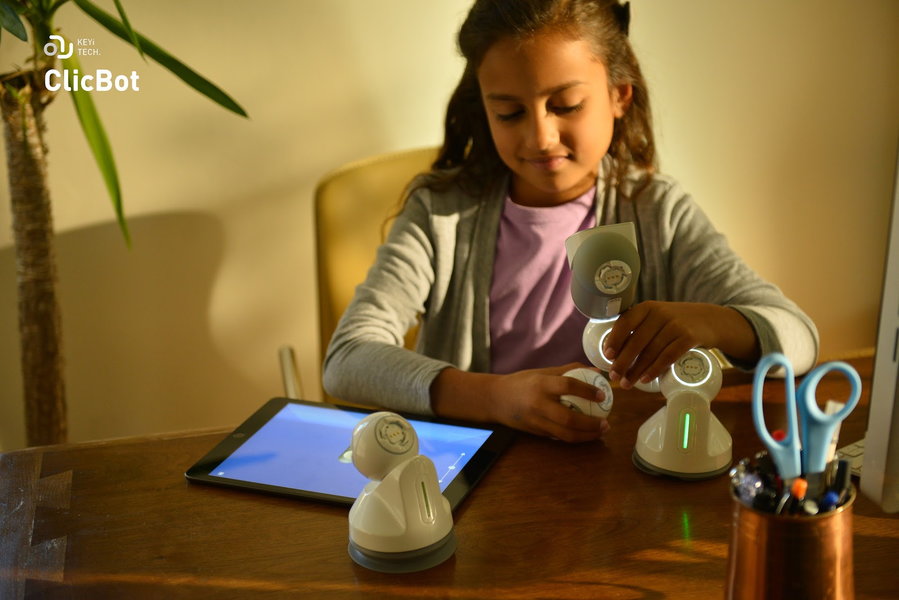 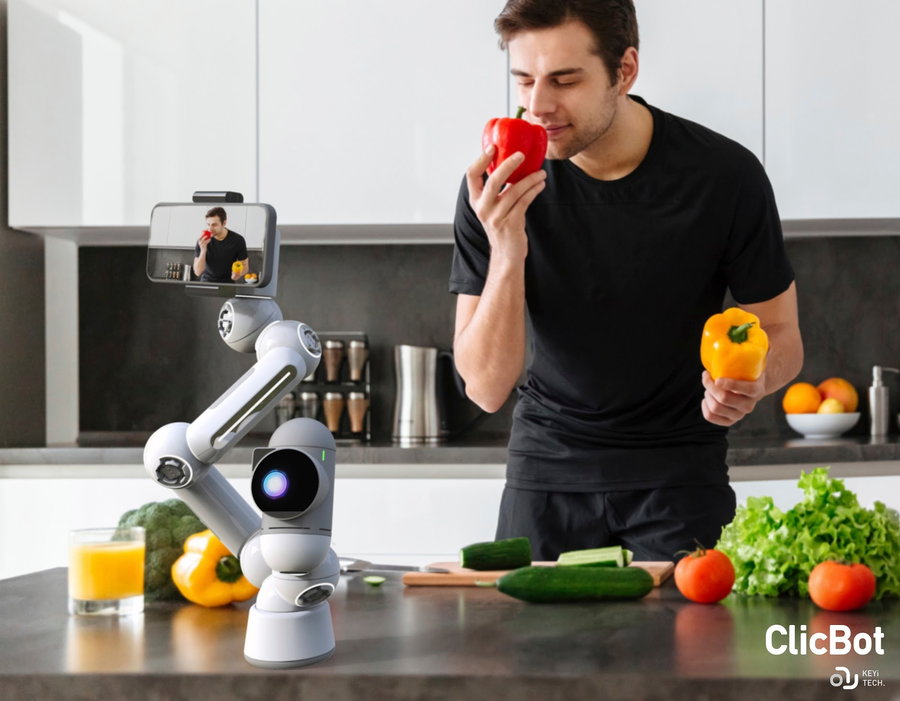 The bot’s official crowdfunding page reads: “Clicbot is your family’s newest friend. He listens, he thinks, and he even reacts. His personality is contagious, and his playful design makes him even more lovable. More than that, he’s an engaging teacher that knows how to make learning fun. Clicbot’s personality adjusts depending on how you build and code him — each setup (and there are more than 1000 setups) has its own unique combination of use cases, ensuring that Clicbot is forever-engaging and always fun. Clicbot is an entire universe. He’s got more than 1000 different setups, so you can build yours to climb, dance, crawl, drive, or even serve you your morning coffee.”

“Clicbot has more than 200 reactions like nuzzling up to you when you pet him, trying to find you when you cover his eye, and getting excited when you put him in the charging station. There are two setups with predefined personalities according to their specific setups — you don’t even need to code them. Clicbot starts super basic. Build your new robot and get a grasp on robotics by clicking pieces together. You can then assign movement directions by moving your Clicbot and selecting the direction in which its moving. Or you can record a sequence by simply hitting record and moving the bot. It’s that easy. Now you can play that sequence over and over — no code required.”

Fully programmable with a drag-and-drop coding interface based on Google’s Blockly, the educational robot isn’t just for kids. Once you get past the basics, you can enter the “Advanced Coder” mode, which is compatible with Python, a high-level programming language. 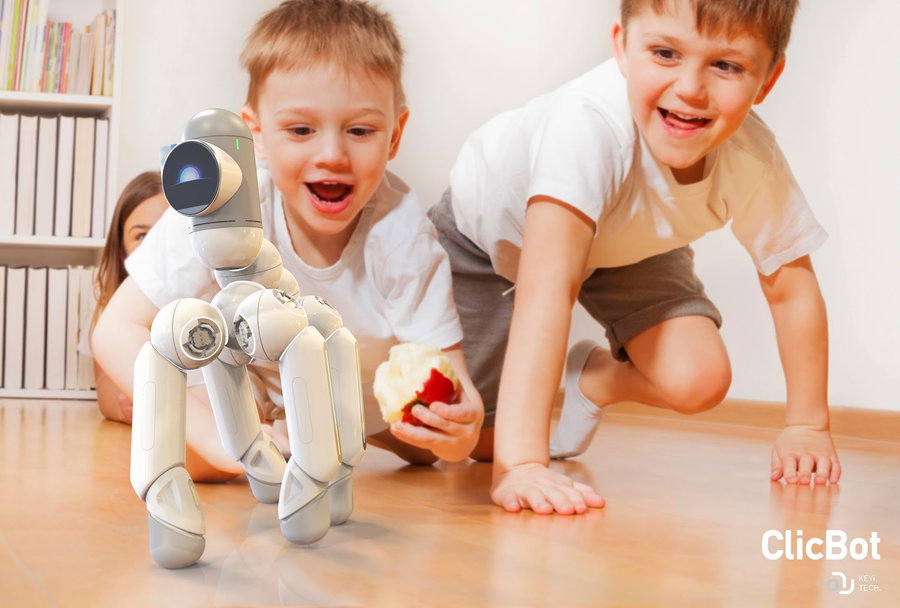 The Clicbot is currently available for preorder through Indiegogo, with the starter kit running $349 (though it’s expected to retail for $449). This kit includes everything you need to get started for a basic setup, and other kits like the “Full Kit” and the “Maker Kit” include additional parts like infrared sensors and extra joints and wheels.