The worlds of archeology and architecture have collided in the discovery of a Neolithic Temple that dates back 6,000 years before Stonehenge, leaving researchers with many questions to ponder. 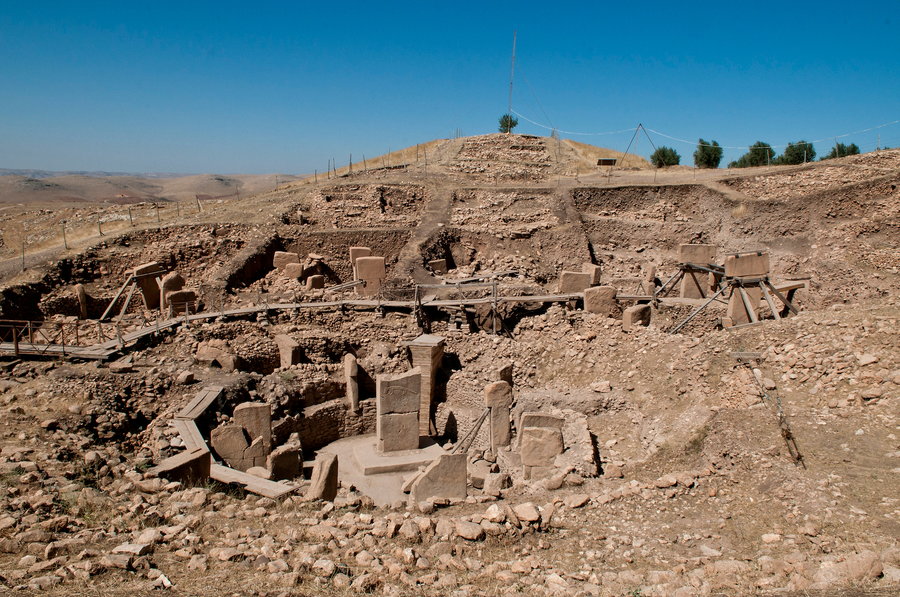 Harking back 11,500 years, the Göbekli Tepe is the oldest known temple on the planet. Discovered in southeastern Anatolia, Turkey, the stone temple has quickly created a hum of enthusiasm for researchers piecing together the purpose of its design, and more specifically, the planning process involved prior to its construction.

As with all architecture, especially an example dating back to the Stone Age, purpose always comes to mind. What was it used for? Why is it shaped the way it is? In this case, researchers at Tel Aviv University and the Israel Antiquities Authority used architectural analysis to learn that the builders of these round stone structures used a lot of geometry in their design calculations. 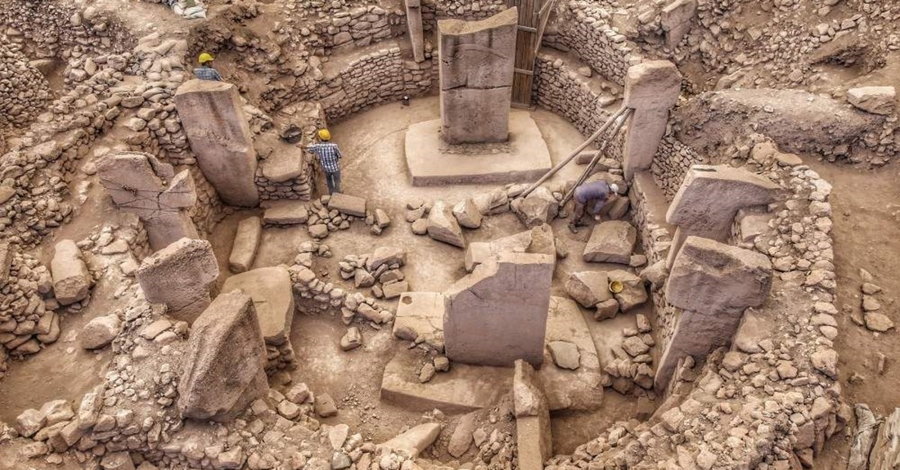 The Göbekli Tepe complex was discovered in 1994 by German archaeologist Dr. Klaus Schmidt. Since then, scientists have considered many theories regarding the planning process involved in erecting such a complex. While many researchers agree the entire thing was built over time, Gil Haklay of the Israel Antiquities Authority, a PhD candidate at Tel Aviv University, and Professor Avi Gopher of TAU’s Department of Archaeology and Ancient Near Eastern Civilizations used a computer algorithm to come to the conclusion that at least three of the structures were designed as a single project. Their findings were published in Cambridge Archaeological Journal in May 2020.

“Göbekli Tepe is an archaeological wonder,” Professor Gopher explains. “Built by Neolithic communities 11,500 to 11,000 years ago, it features enormous, round stone structures and monumental stone pillars up to 5.5 meters high. Since there is no evidence of farming or animal domestication at the time, the site is believed to have been built by hunter-gatherers. However, its architectural complexity is highly unusual for them.”

“The layout of the complex is characterized by spatial and symbolic hierarchies that reflect changes in the spiritual world and in the social structure,” Haklay adds. “In our research, we used an analytic tool — an algorithm based on standard deviation mapping — to identify an underlying geometric pattern that regulated the design.” 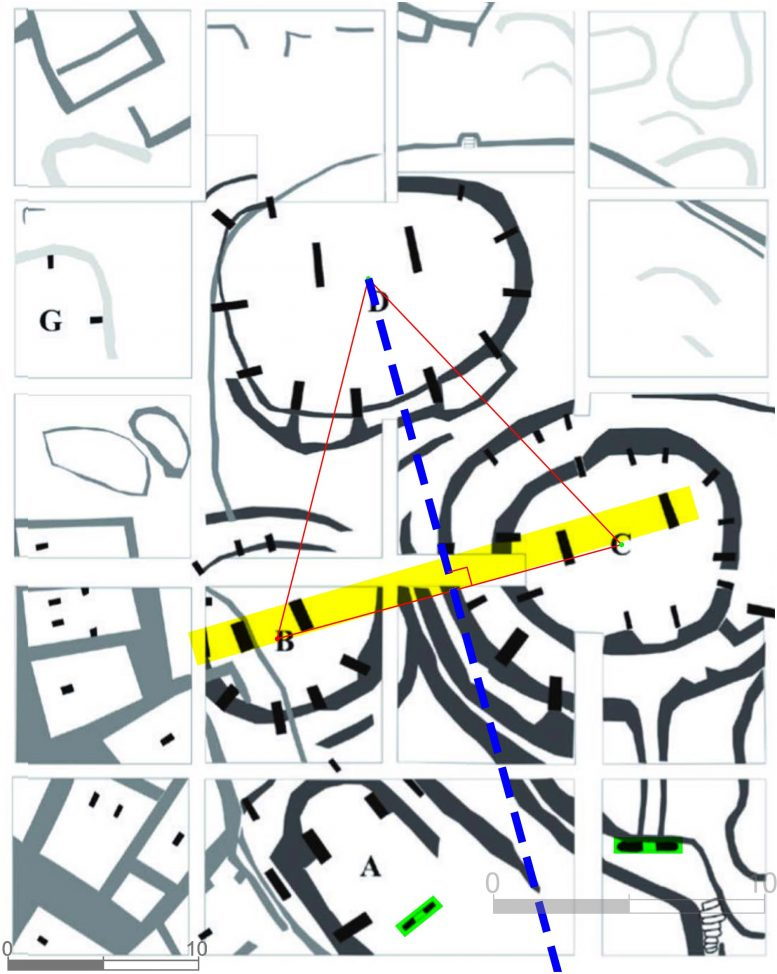 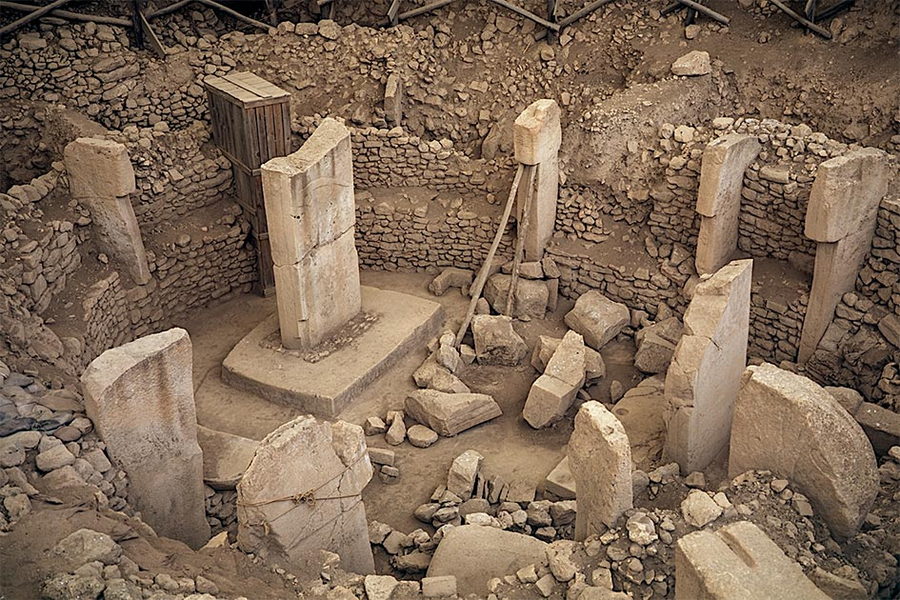 “This research introduces important information regarding the early development of architectural planning in the Levant and in the world,” Professor Gopher adds. “It opens the door to new interpretations of this site in general, and of the nature of its megalithic anthropomorphic pillars specifically.”

This information pushes back the timeline on the belief that the use of geometry and formulation of pre-designed floor plans came about 500 to 1,000 years later, around 10,500 years ago. This original connection between the farming communities and type of architectural planning, which came mostly as a result of a nomadic hunter/gatherer lifestyle, was based on the use of rectangular design elements not previously seen. 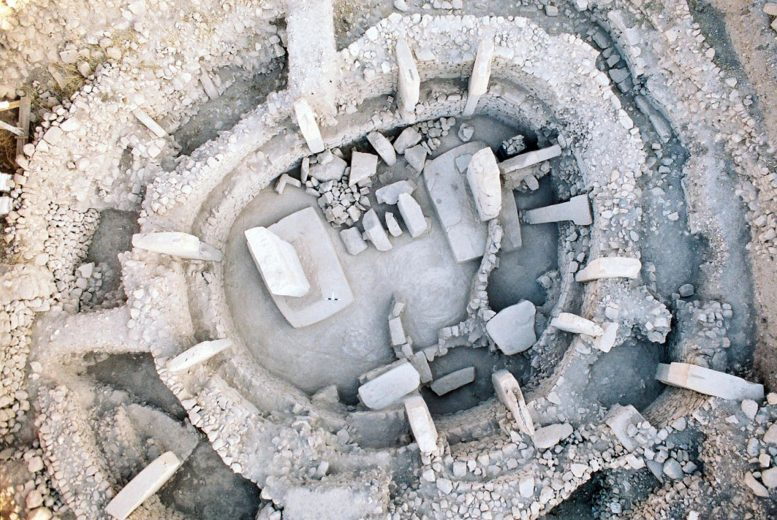 “The most important and basic methods of architectural planning were devised in the Levant in the Late Epipaleolithic period as part of the Natufian culture and through the early Neolithic period. Our new research indicates that the methods of architectural planning, abstract design rules, and organizational patterns were already being used during this formative period in human history,” Haklay says.