In some areas of the U.S., people who own homes deemed “historic” are fighting local preservationists for their right to install solar panels. The reason? Panels are too ugly, according to a recent piece in The Washington Post. 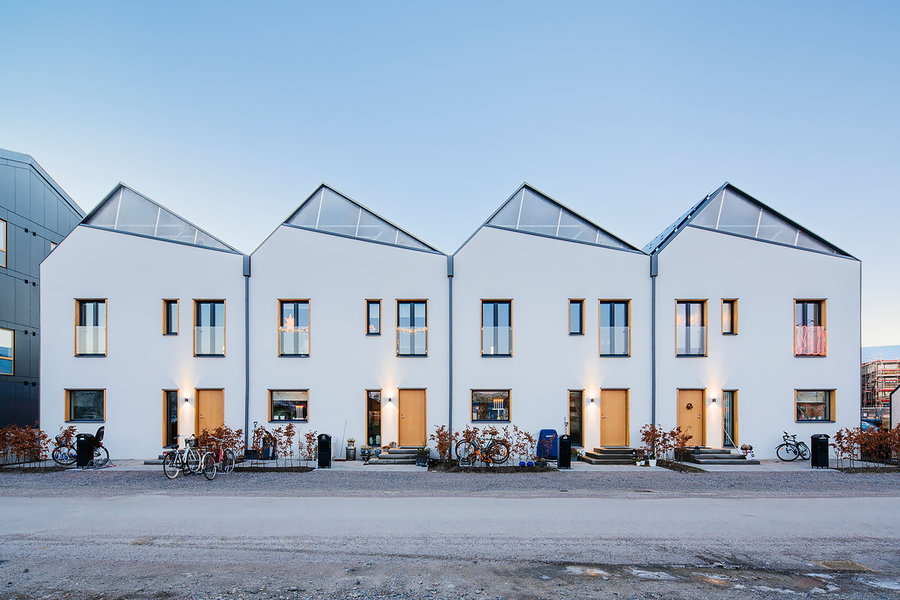 The owner of a 1938 brick townhouse in Washington D.C. wanted to put solar panels on his roof, but the city’s Historic Preservation Office refused. Board member and architect Chris Landis said that he “[applauded the owner’s] greenness and desire to save the planet. And I realize that we are in crisis, politically as well as sustainably. But I just have this vision of a row of houses with solar panels on the front of them and it just — it upsets me, as somebody who’s supposed to protect the architectural fabric of the neighborhood.”

This stance isn’t uncommon, and as efforts to mitigate the effects of climate change ramp up, battles like this will probably only increase. Some people may find it jarring to see solar panels on full display atop historic structures, but there isn’t always an easy way to disguise them. And, with the planet in the state it’s in — why should we? 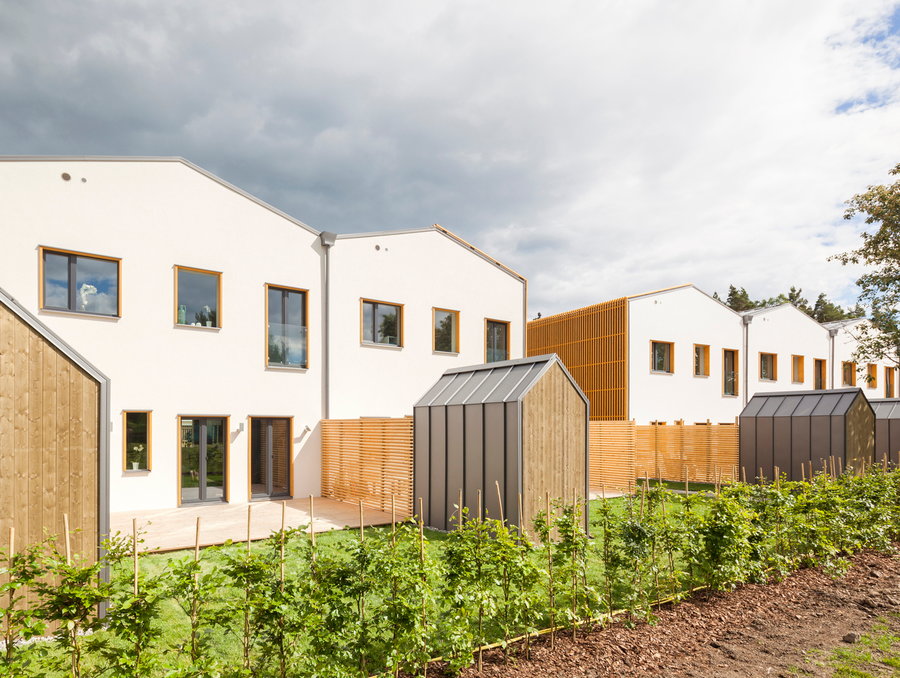 This new development of prefabricated row houses certainly isn’t historic, but it proudly puts solar power front and center. The more we see this kind of design in action, the more ridiculous protests against installing them on any type of building will seem. Created by Street Monkey Architects, these custom-designed houses in Örebro, Sweden feature angled roofs that place solar panels in a visible location to capture as much sunlight as possible.

The point of these houses is to make them as environmentally friendly as can be, including off-site fabrication that reduces waste and impact at the construction site. Even better, each module arrived at the site with fully finished walls, bathrooms, and kitchens. 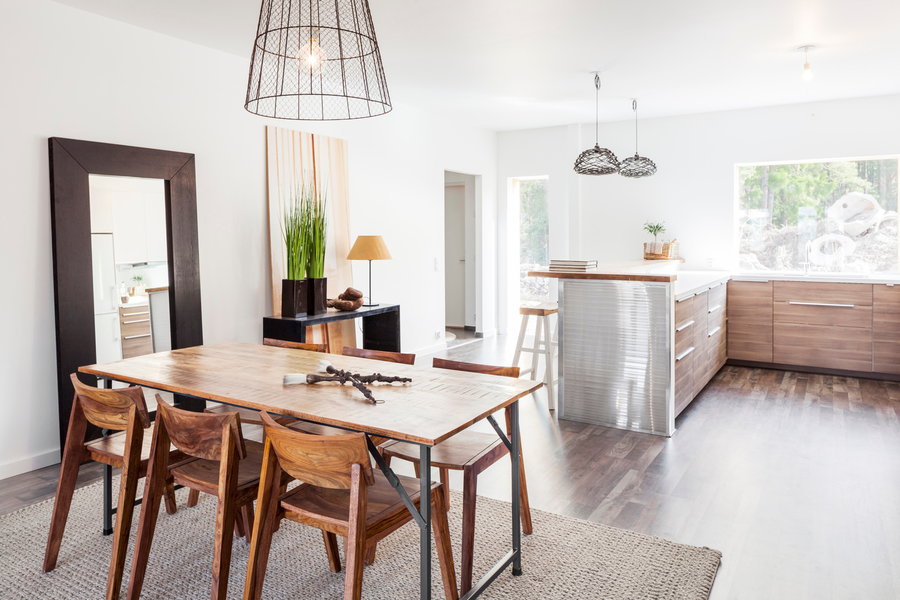 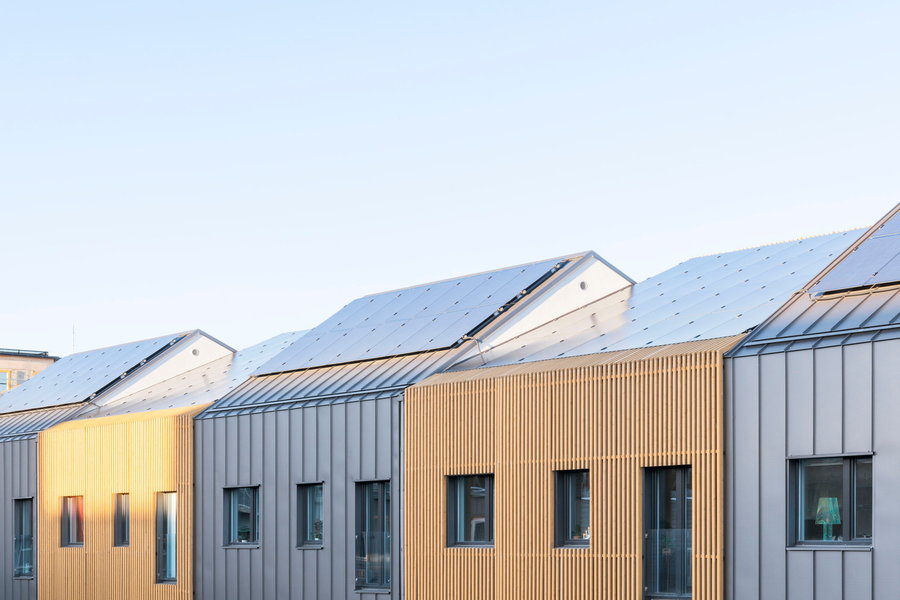 The firm explains that: “Our first row-house project was within commuting distance to Stockholm in a city called Upplands Väsby. The project is composed of seven row houses, and they sold out in less than two weeks. It was built with passive house principles and solar panels, which make it extremely energy efficient and, as a result, it won a sustainability award from the municipality. So it is not surprising that the client wanted to duplicate it in another location.”

“The other location turned out to be Örebro, Sweden, and it was more urban site than the one in Upplands Väsby. It was also a corner lot in contrast to the Upplands Väsby site, which was flanked by a park and a forest. We wanted to design for this change without changing the construction of the prefabricated modules. We did so by customizing the roof and by using the same facade materials in different ways. The result gave us three versions of the same house. In the park setting, we lowered the roof to soften the volume, and we used white plaster and wood ribs over steel for the facades… [therefore] the benefits of off-site production and repetition are reaped but the project is still contextualized.” 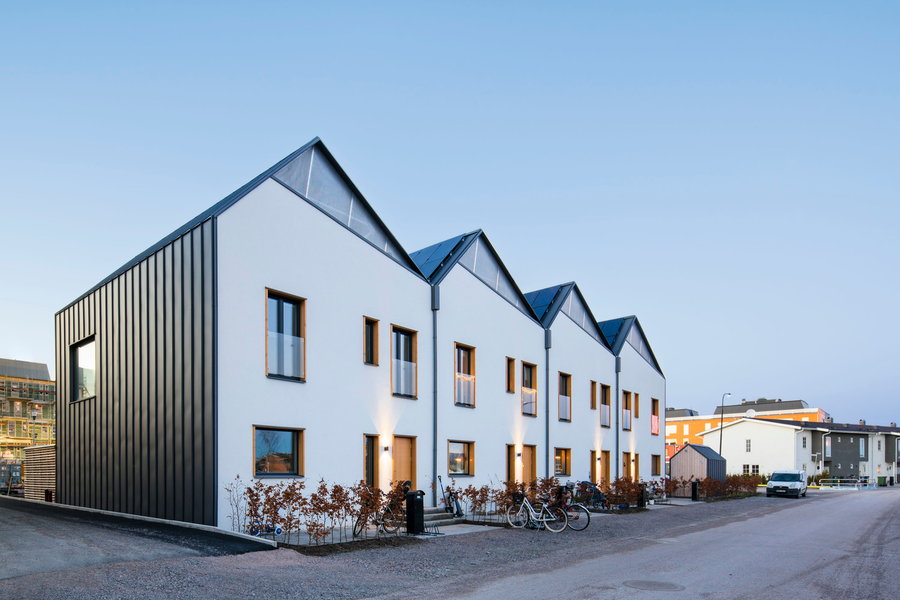 Obviously, there’s a huge contrast between these modern row houses and the historic ones found in places like Washington D.C., and preserving historic structures is certainly important (and usually, much more sustainable than demolishing them to build something flimsier). It’s also important to remember that preservationists help prevent design atrocities like Victorian houses with hideous 1970s retrofits. But on solar panels, at least, it’s in the best interest of everyone to soften our ideas of what’s “too ugly” or “too contemporary” to include.