The image is otherworldly, featuring an arc of glowing white trails stretching across a hazy, mottled night sky. It almost looks too abstract to be a photograph. Remarkably, what it has captured is 2,953 light trails of the sun’s movement: just over eight years of sunrises and sunsets. And it was taken with nothing but a beer can and a sheet of photo paper.

Regina Valkenborgh fastened that beer can to a telescope at the University of Hertfordshire’s Bayfordbury Observatory back when she was an MFA student, and for the better part of a decade, it was forgotten. Then, in September 2020, principal technical officer David Campbell just happened to spot it and had it developed. The resulting image is thought to be the longest-exposure photograph ever taken. On the left side, you can make out the dome of the observatory’s oldest telescope.

“It was a stroke of luck that the picture was left untouched, to be saved by David after all these years,” says Valkenborgh in a statement by the university. “I had tried this technique a couple of times at the Observatory before, but the photographs were often ruined by moisture and the photographic paper curled up. I hadn’t intended to capture an exposure for this length of time and to my surprise, it had survived. It could be one of, if not the, longest exposures in existence.” 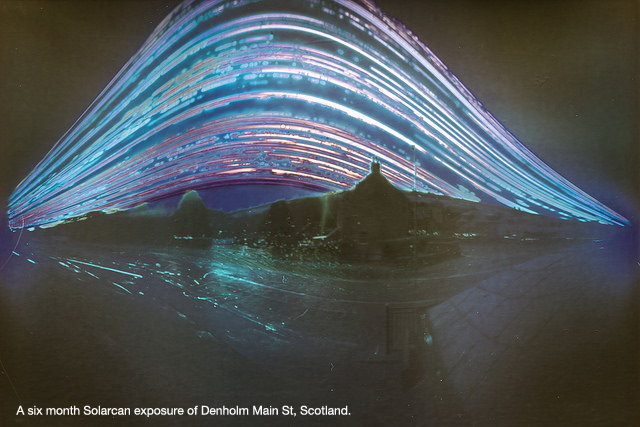 Valkenborgh’s beer can is an example of a handmade pinhole camera, a simple camera that uses a tiny aperture instead of a lens within a light-proof enclosure. They use the principle of “camera obscura,” with light from the scene projected upside-down onto the opposite side of the container. It’s one of the earliest types of cameras ever made, with early descriptions found in Chinese Mozi writings from about 500 BCE.

Early on, it was used to safely watch solar eclipses and as a drawing aid, projecting imagery onto paper so it could be traced. Pinhole cameras have nearly infinite depth of field, allowing everything to appear in focus without producing lens distortion. Because they usually involve long exposures, there’s often motion blur around moving objects. This particular type of pinhole photography, used to capture the movement of the sun over a long period of time, is called solargraphy.

A beer can may seem like a strange stand-in for a camera, but it’s hardly the weirdest ever used. People have previously turned turtle shells, human skulls, loaves of bread, pumpkins, and dumpsters into pinhole cameras. One modern master of pinhole photography, Justin Quinnell, is even known to have taken photographs inside his own mouth. And if you love the idea of using a can as a novelty camera and have a mind to stick them all over the place to capture strange and wondrous images like Valkenbourgh’s, you can buy a five-pack of “Solarcans” from B&H Photo and Video supply. 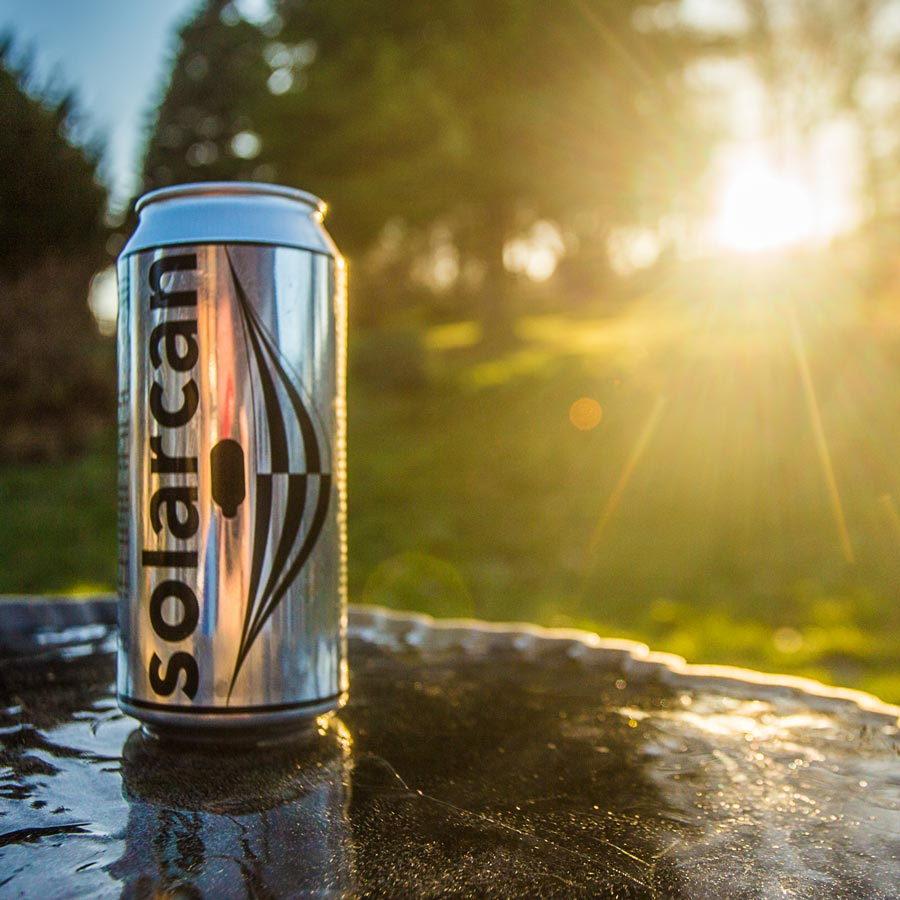 Want to build your own? You can download cool antique-looking kits of parts to print and assemble, like the Videre by Kelly Angood, or follow this simple tutorial from Instructables. Ready-made pinhole cameras include the ONDU III, available for about $160 USD.