Dubai is known for its architectural marvels, including the Burj Khalifa, the world’s tallest skyscraper; and The Dubai Mall, known as the “world’s largest destination for shopping, entertainment, and leisure.” However, its latest attraction goes deep — deep underwater, that is. 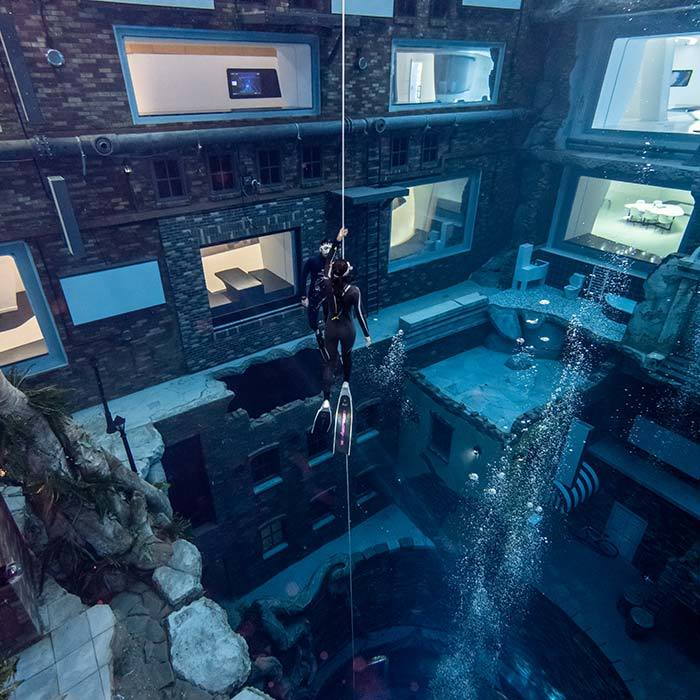 Deep Dive Dubai is the latest attraction added to this stunning city’s repertoire of awe-inspiring architecture. More than just a diving pool, it includes a vast, underwater city that just begs to be explored.

The previous title for deepest diving pool was held by Poland’s Deepspot, itself a staggering 45 meters deep (that’s over 150 feet!). But leave it to Dubai to take their Deep Dive spot to the next level. Measuring in at 196-feet deep, it’s so much more than a dive pool.

An entire world awaits you at Deep Dive Dubai the world’s deepest pool, with a depth of 60 meters (196 feet) #Dubai pic.twitter.com/GCQwxlW18N

Currently only open by invitation only, the pool will officially open to the public in late 2021. One of the earliest divers to check out the pool was the crown prince of Dubai, Sheikh Hamdan bin Mohammed bin Rashid Al Maktoum, himself an experienced diver who was keen to share his experience on social media as one of the site’s first visitors. The pool itself is located inside a large, oyster-shaped structure that nods to the UAE’s prominent pearl diving culture. But while this outer structure is impressive in its own right, it’s just the icing on the cake. What really makes this diving pool so unique is its accompanying underwater city. fashioned to resemble an abandoned civilization with varying atmospheres enhanced by sophisticated lighting and sound systems. Divers can even play underwater pool in the city’s arcade.

Though its the pool’s depth that garnered it the “Deepest swimming pool for diving” title from Guinness World Records, its fabulous underwater city, onsite underwater film studio, and sheer size (the volume of six Olympic-sized swimming pools) make it so much more than your run-of-the-mill diving pool. “It’s…the deepest and largest, but the sunken city effect makes it next world order. There are so many things it’s really not fair to call it a pool,” Deep Dive Dubai director Jarrod Jablonski told CNN in July. 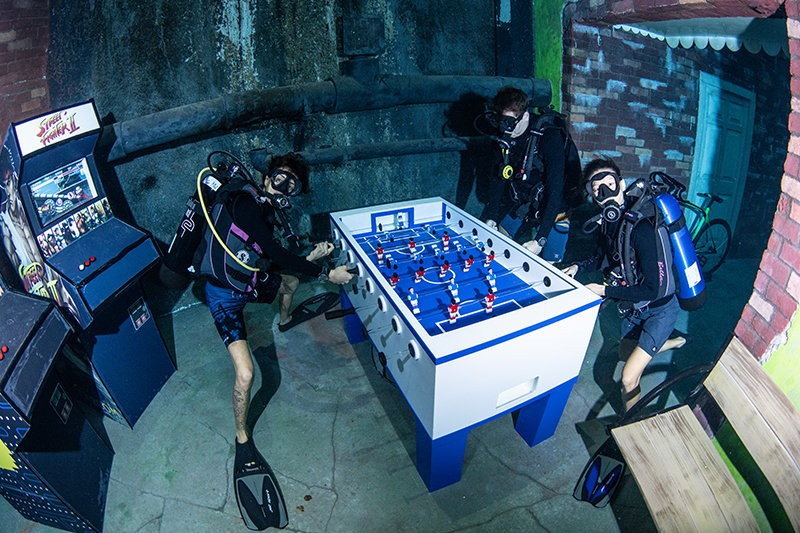 Divers can explore the underwater city on their own after a tour with one of the site’s skilled guides, and Deep Dive also offers courses for both beginners and seasoned divers, all with the aim of keeping the experience as safe as possible. Those who don’t want to go deep will enjoy the on-site restaurant, which allows landlubbers to watch the action via large windows and TV screens.

Dubai has done it again, creating yet another architectural marvel that’s sure to attract and enrapture visitors. Deep Dive Dubai is so much more than a diving pool; it’s a chance for adventurers to explore a hidden underwater city akin to Atlantis — not lost, but brought to life in the depths of the city’s latest stunning attraction.