Design isn’t always literal: it’s interpretative and often imaginative, with the ability to inspire us while also redefining the meanings of space and time. And that’s just some of what can be accomplished when artists creatively blend digital technology with an eye for reimagining existing spaces. 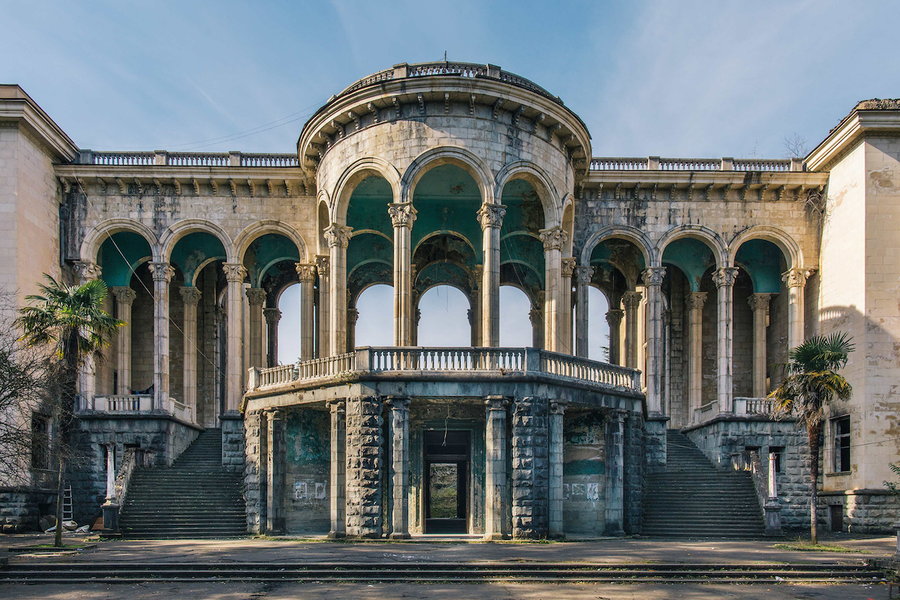 In their installation “The Wild Within,” Canadian-Dutch artist/photographer Ryan Koopmans and Swedish digital artist/photographer Alice Wexell take this type of creative reimagining to the next level by blending past and present through a combination of the digital and the physical, breathing exciting new life into abandoned Soviet-era architecture. 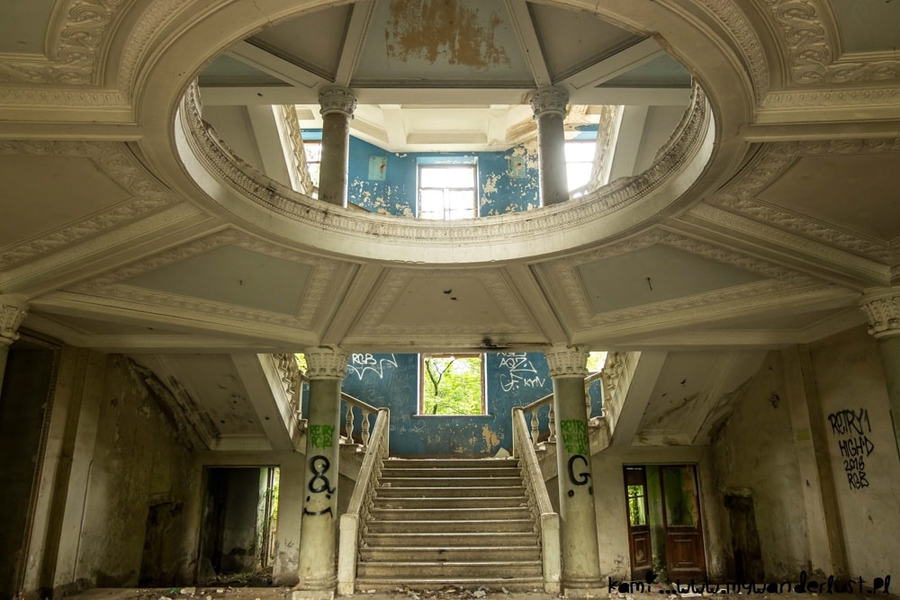 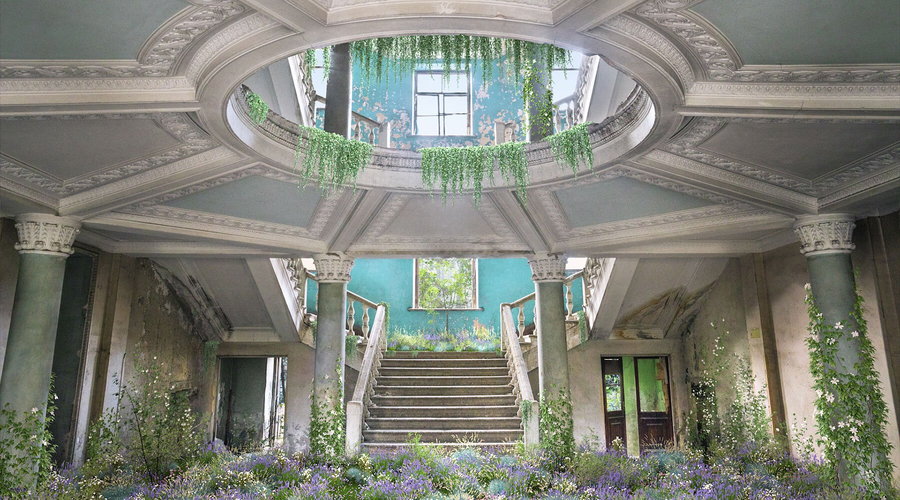 The project began when the creative duo visited the Georgian town of Tskaltubo, taking photographs over a period of several years of the many ruins that exist throughout the area. Inspired by the broken-down, shattered remains that now stand in place of luxury and splendor, the pair collaborated to create a new vision: “a surreal collision between past and future.”

The deserted buildings, left in various states of disrepair and decay, provided the perfect backdrop for the two artists. Using their combined experience in the digital art world, the pair juxtaposed the bright greens of nature with the stark yet austere remains of buildings that haven’t seen life since the fall of the Soviet Union.

The city of Tskaltubo was once a bustling destination known for its healing waters and luxurious health spas. The buildings now left to rot and corrode were once vast, glorious peons representing the larger wealth and influence of the Soviet Union at the height of its power. Abandoned since the 1980s, they have been left to decay and collapse — a somewhat apt, if not cruel, metaphor. 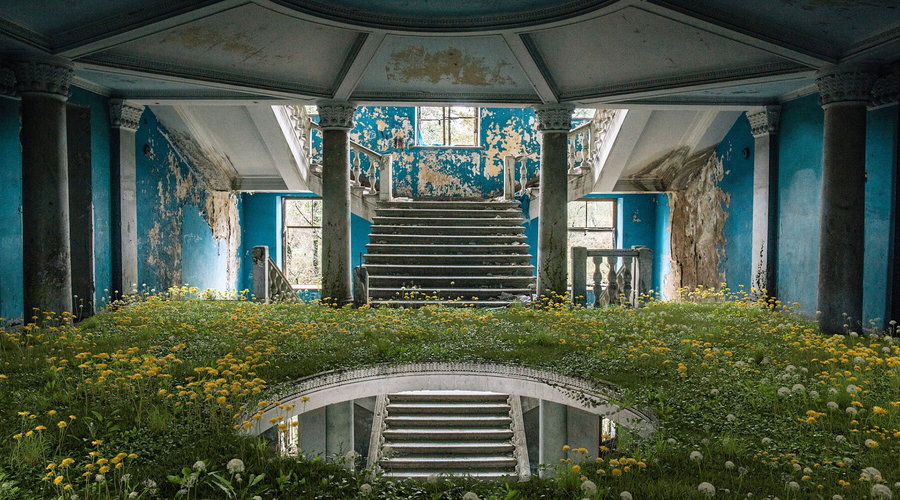 Thanks to Koopmans and Wexell, these spaces are being renewed through the magic of modern technology. By creating animated images of lush vegetation and bright flowers and cleverly integrating them into the existing architecture, the pair have made something new and beautiful. The photos literally come to life, transforming into videos that are haunting, surreal, and a stark reminder of how manmade structures can be abandoned yet given new life through their return to nature. 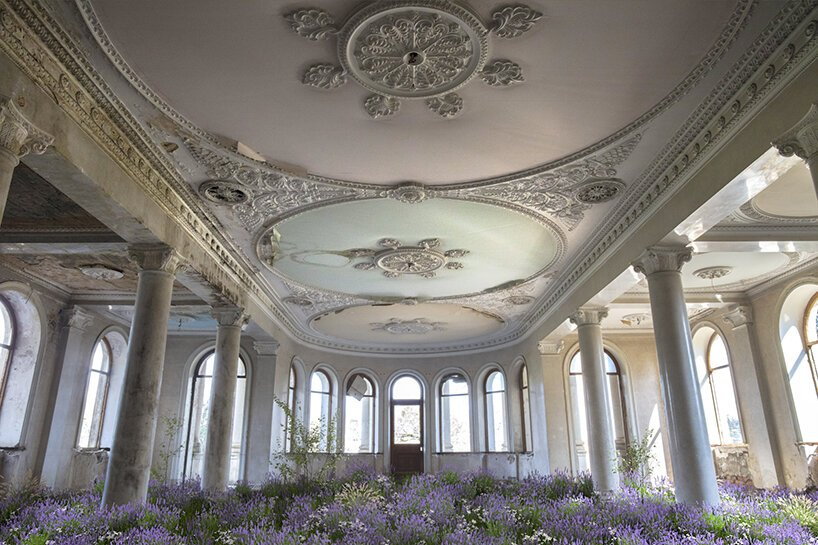 The project is ambitious but prescient, as some of the sites have since been demolished in real life. But the nostalgia-inducing video series will continue to exist as a testament of the beauty that can be found even in the ruins of former grandeur. Koopmans hopes the works will create “a sense of surreal tranquility while referencing the themes of urban exploration, architectural history, and the resurgence of nature.” This video series certainly does just that, as it poignantly reflects how nature reclaims what is hers long after man has abandoned it. 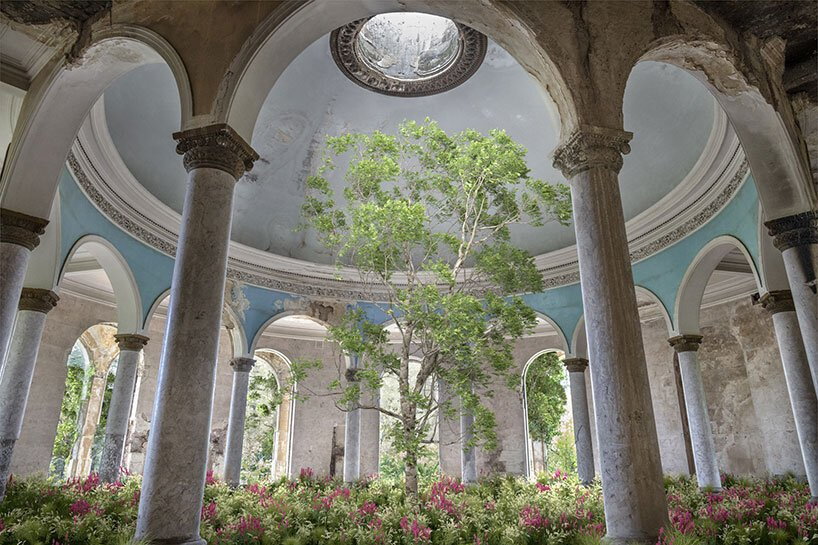 Seeing the breeze gently flow through the greenery and weave its way through the once splendid and magnificent architecture is a bittersweet experience. Yet it reminds us once again of the power of design and its ability to transform our surroundings, sometimes even recapturing what has been abandoned or lost.