There are people who love the dorm room experience and people who hate it. Whether or not you ever experienced it yourself, you probably have some kind of an opinion about how you’d fare sharing a space with your peers full-time, giving up quite a bit of privacy in exchange for lower rent and all the social companionship you could ask for. For extroverts, it can be one big party, while introverts might find themselves wanting to take refuge in a blanket fort and never come back out. However you might feel about communal living, you can probably agree with us on one point: it’s not exactly glamorous.

From dorms to hostels, co-living spaces are associated with the low-budget, spartan aesthetics of military barracks and a general dearth of amenities. But as urban populations swell in cities around the world and square footage grows more precious, it’s becoming necessary to reexamine what co-living can look like. As it turns out, it’s not all bunk beds and grimy shared showers. The Student Hotel stands as an example of how modern, fun, and surprisingly chic the experience can be. 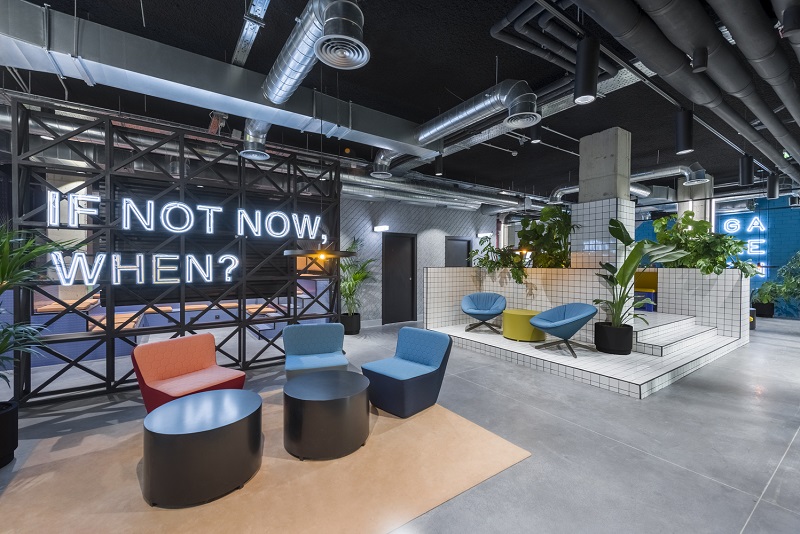 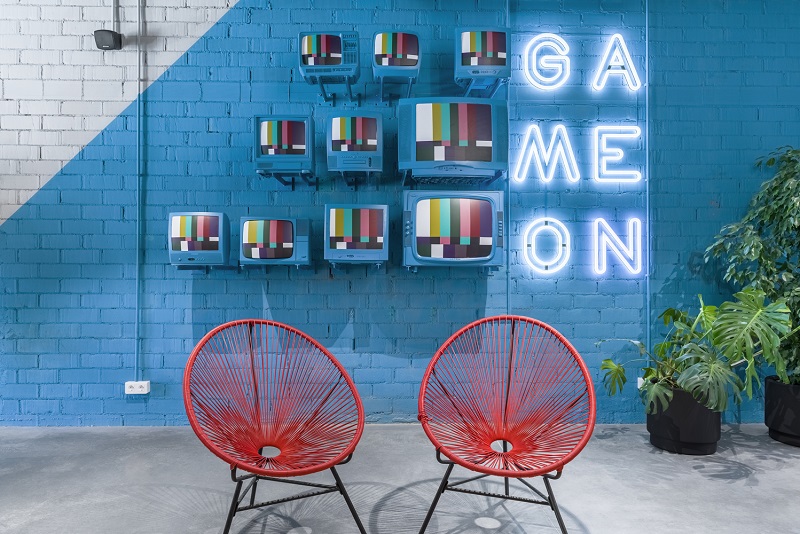 A unique co-living and co-working hybrid, The Student Hotel is a series of student-only facilities in cities like Rotterdam, Amsterdam, The Hague, Groningen, Eindhoven, and Maastricht. Two colorful new Student Hotel properties recently opened in the Marina and Poble Sec districts of Barcelona, Spain in 2017, showing off fun, vivid interiors designed in collaboration with the Valencia-based creative agency Masquespacio. The firm brought its signature colorful aesthetic to the project, giving it a youthful joie-de-vivre. 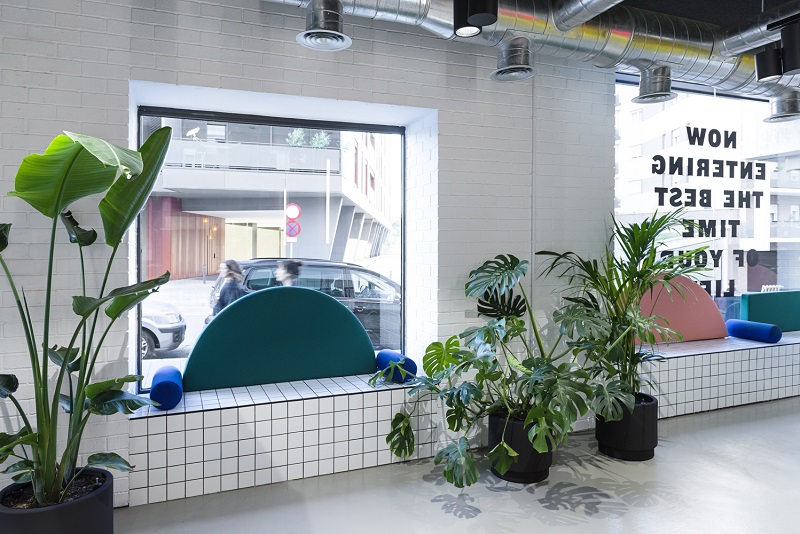 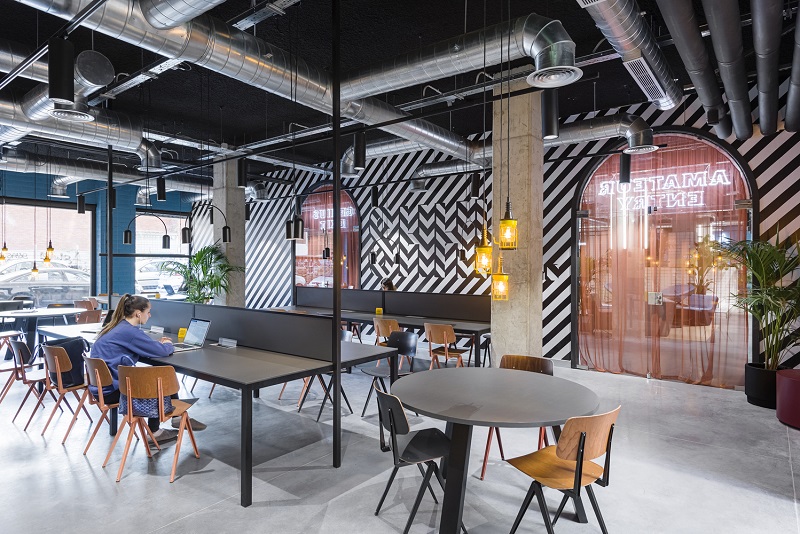 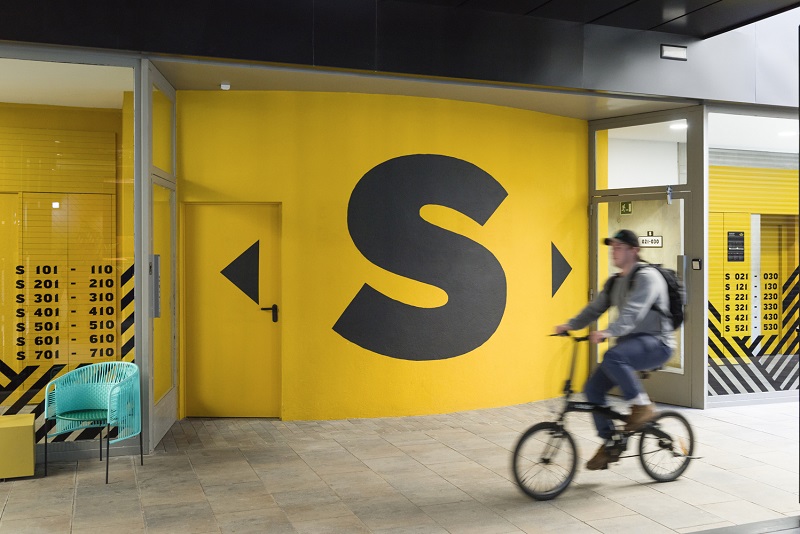 The Marina campus contains 500 private rooms and a series of communal spaces like gaming zones, seating areas, study rooms, and swimming pools. From the cozy bedrooms (most of which have their own private bathrooms) to the cafe-like atmosphere of the study areas, it feels sort of like living in a hip boutique hotel, and that’s exactly the point. The facility is packed with spaces students actually want to hang out and socialize in.

Other not-so-hostel-like amenities include “TED Talk booths,” designer bikes, regular events, an amphitheater, and multiple gyms. It’s almost like being on vacation for four or more years in a row — and when you’re a college student, how often do you need a whole kitchen to yourself anyway? 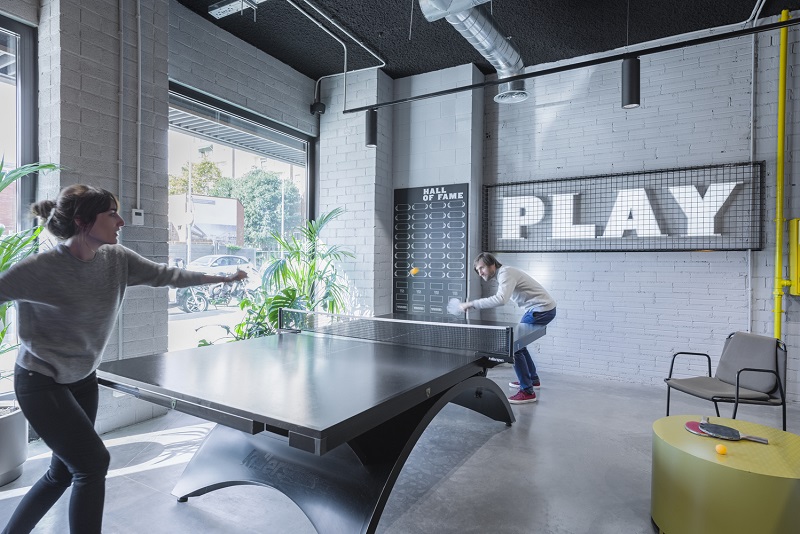 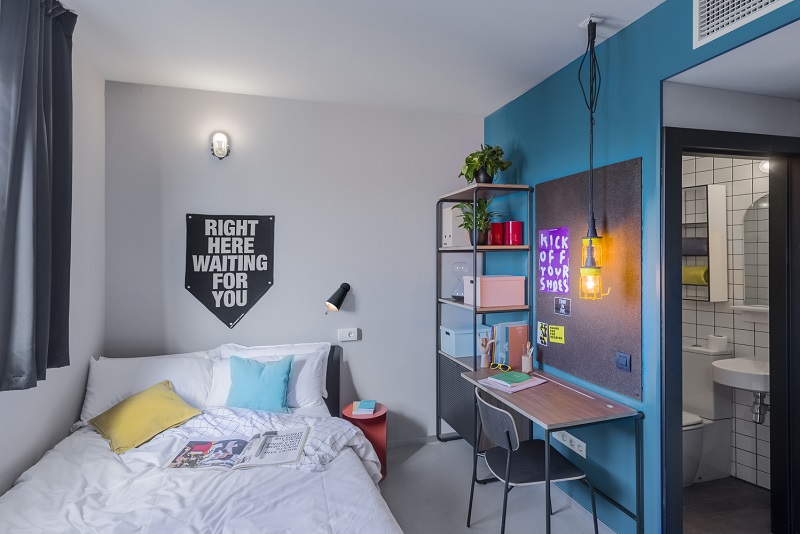 “Considering both the international clientele and the strong identity of The Student Hotel, Masquespacio has developed its design by creating a mix that remains in keeping with the brand’s image while adding a touch of Mediterranean identity through the use of local materials and a bold color palette,” explain the designers.

“The property was designed in an eclectic style that fuses materials, colors, and textures. You’ll recognize some Memphis style with a little bit of Seventies vintage and an industrial aesthetic, among others. Each corner, decorative detail, and visual element aspires to blend perfectly with a student lifestyle by being part of their daily activities and aiming to be a source of inspiration for them.” 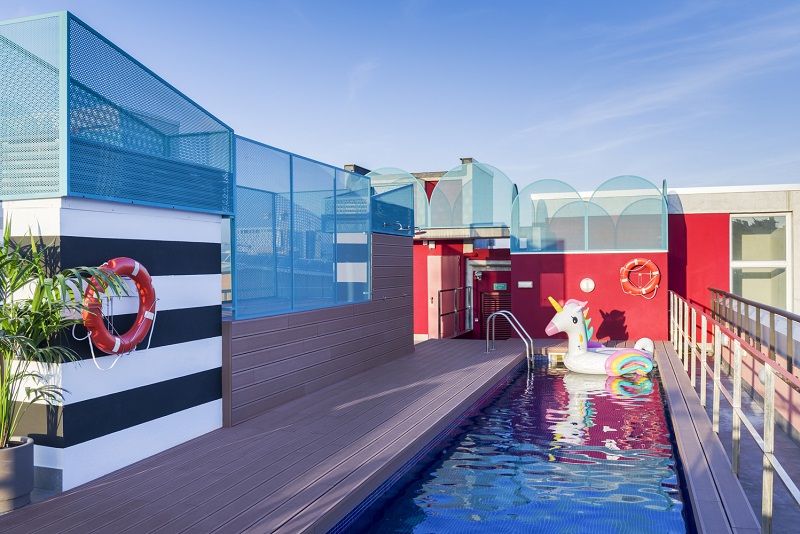 The Student Hotel joins a number of appealing co-living spaces popping up around the world, some of which are geared toward professional adults rather than students. Would you be open to living in a communal space if you could enjoy all these perks?