The role of history in contemporary life is constantly changing. Depending on the person, history can be a scar, a banner, or a reminder of better times. This subjective interpretation of history is a challenge for architects and interior designers, who are sometimes called upon to draw on styles of the past to bring meaning to contemporary design. Philadelphia’s The Rittenhouse Hotel is an example of a design that began with history.

Although it first opened in 1989, The Rittenhouse recieved a fresher look in 2012, in the form of an $18 million renovation to its common areas, guestrooms, and suites. Its construction was organized by two New York-based interior design firms, Champalimaud and Bill Rooney Studio. The final phase of the renovation is expected to be completed in 2018. The five-story luxury hotel overlooks Rittenhouse Square, home to both a park and a neighborhood where the Victorian gentry of late-19th century Philadelphia once lived.

Luxury hotels can sometimes feel ostentatious, but The Rittenhouse retains an air of humility. Its rooms are not filled with one-off objects begging for attention and instead showacase calm symmetry and purposeful organization. Spaces like the new “Library Bar” use Philadelphia’s history as part of their décor. A faux classic fireplace sits between two bookshelves fitted with lamps, shining a light on books about Philadelphia and art. Both linen and leather upholstered seats surround an elegant glass coffee table. Above the fireplace, a mirror reflects the light of a black crystal chandelier hanging above the room. Artwork provides a lighter contrast to the dark surfaces, making the library a suitable place for reflection. 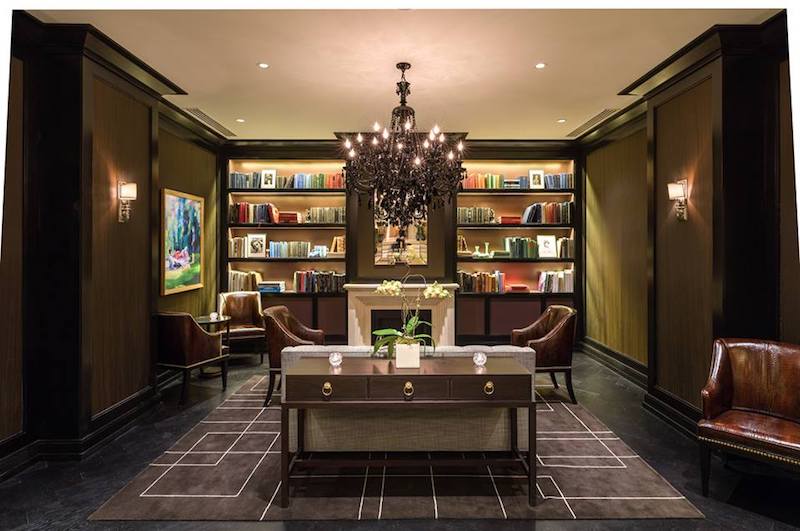 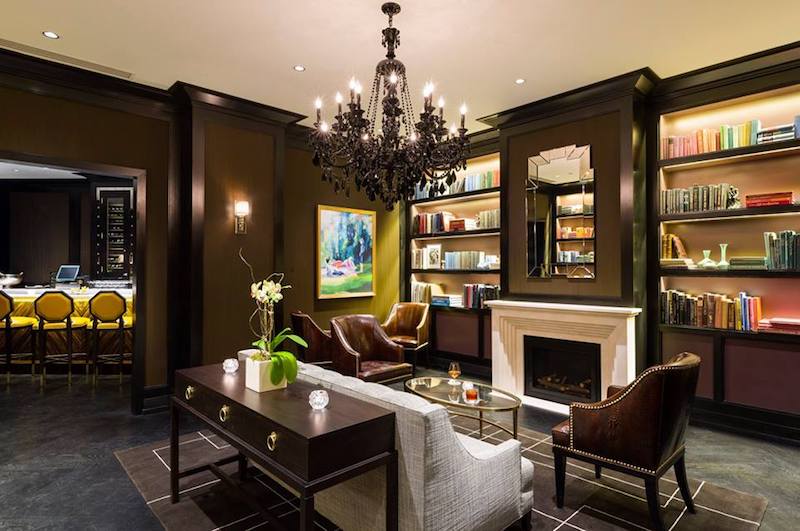 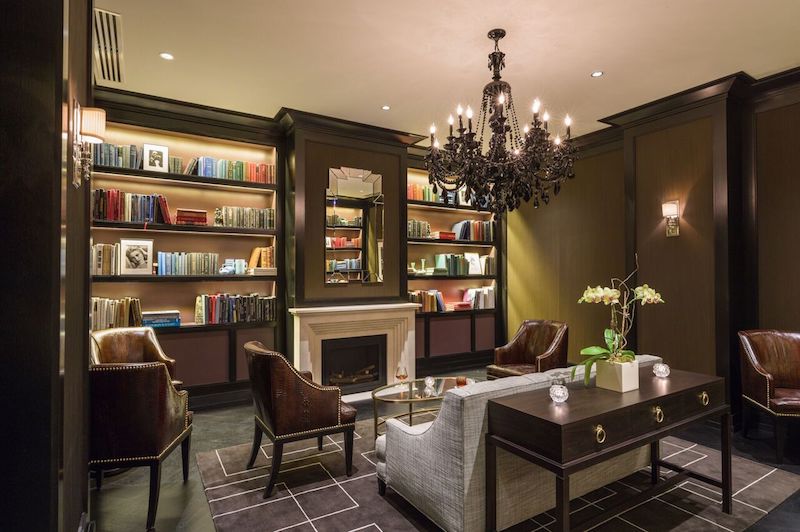 The bar portion of the library continues the same color palette. The central focus of the back bar is an etched glass map of Old Philadelphia, which itself sits behind rows of colorful and alluring bottles. 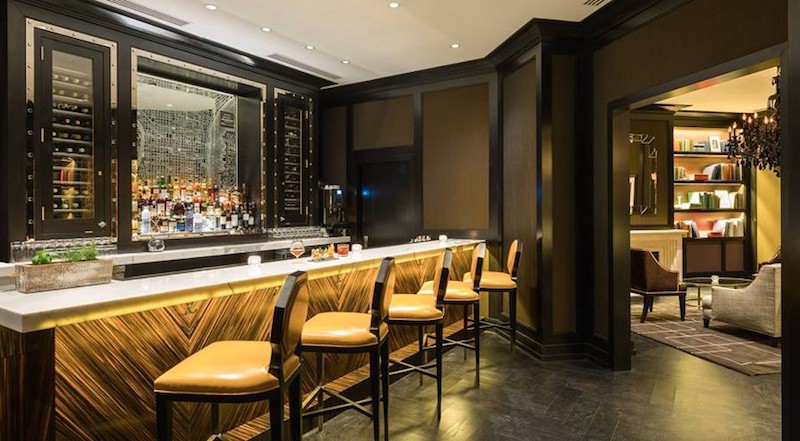 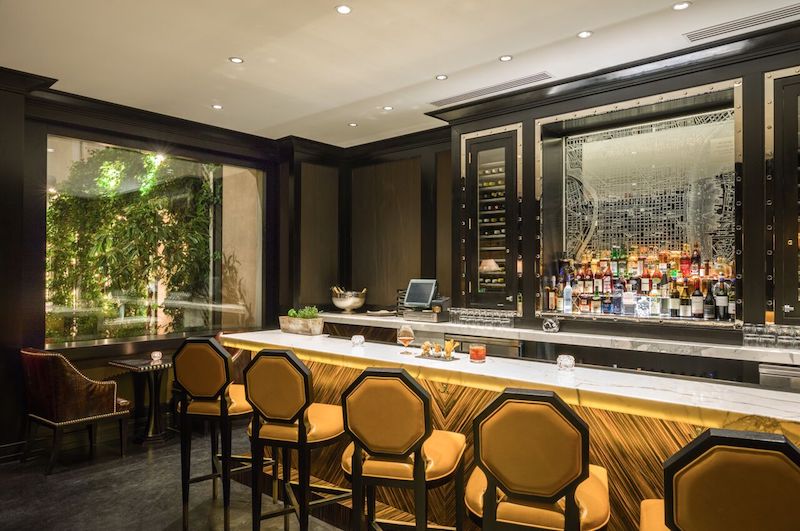 Connected to the Library Bar is a long, almost ceremonial, hallway lined diagonally with chairs and alcoves. Each ensemble of seating provides private places where guests can have intimate conversations inside of a public area. Their privacy is also aided by sound absorbing carpets. 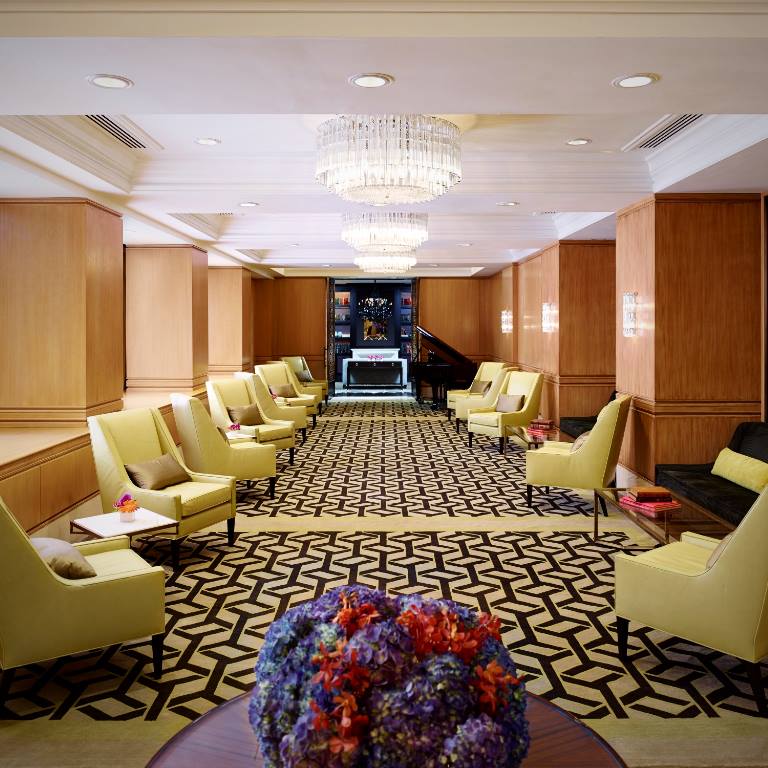 The 118 guest rooms and 27 suites are some of the largest hotel rooms in the city, with some units measuring as much as 1300 square feet. On top of that, each of these rooms boasts a marble bathroom and custom-made furniture that you will find nowhere else but The Rittenhouse. Each suite is accessed through a private gallery of books and art, similar to those found in the Library Bar. 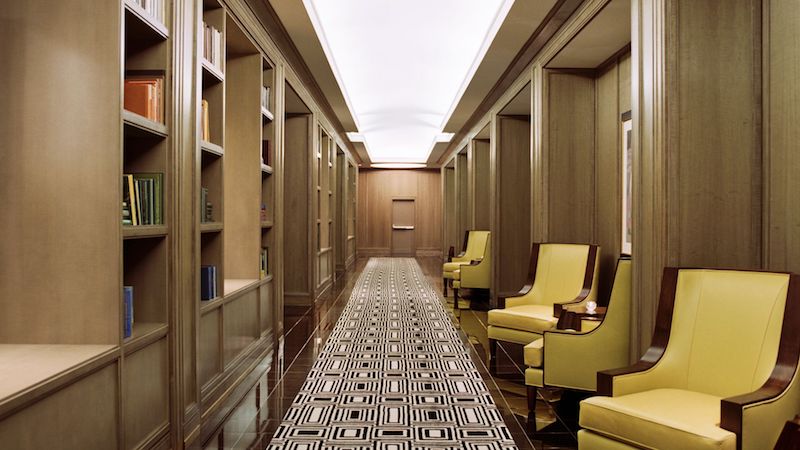 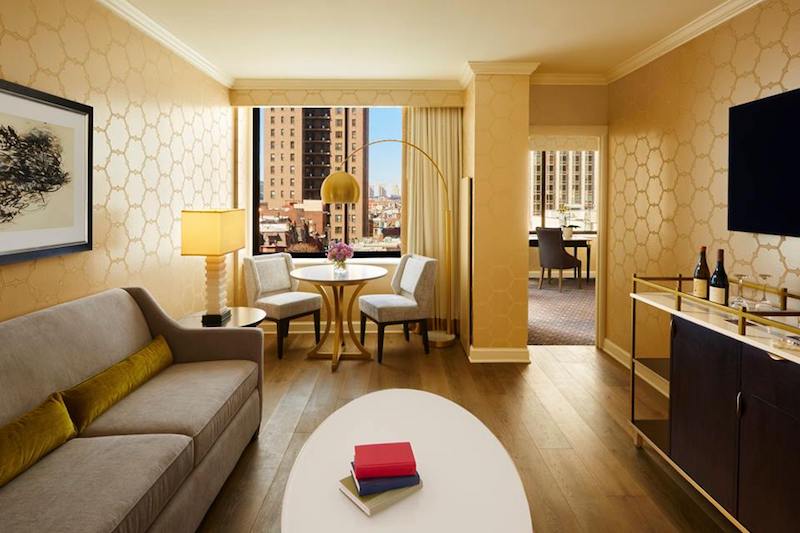 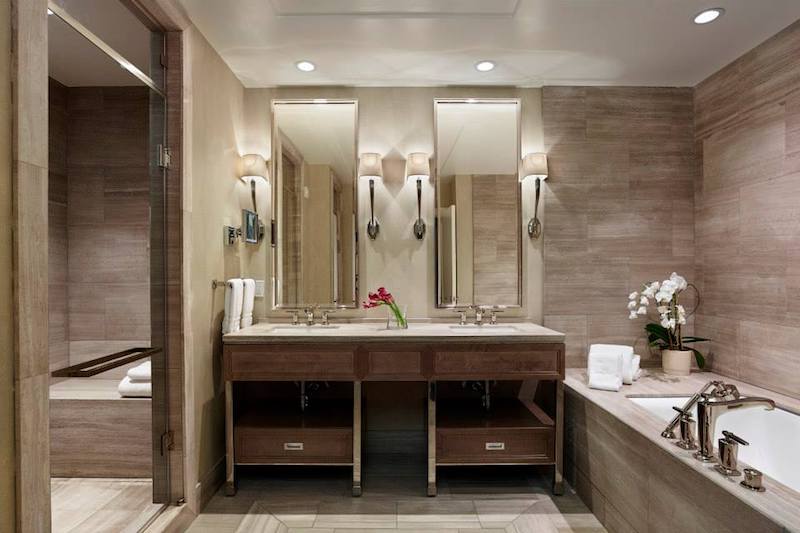 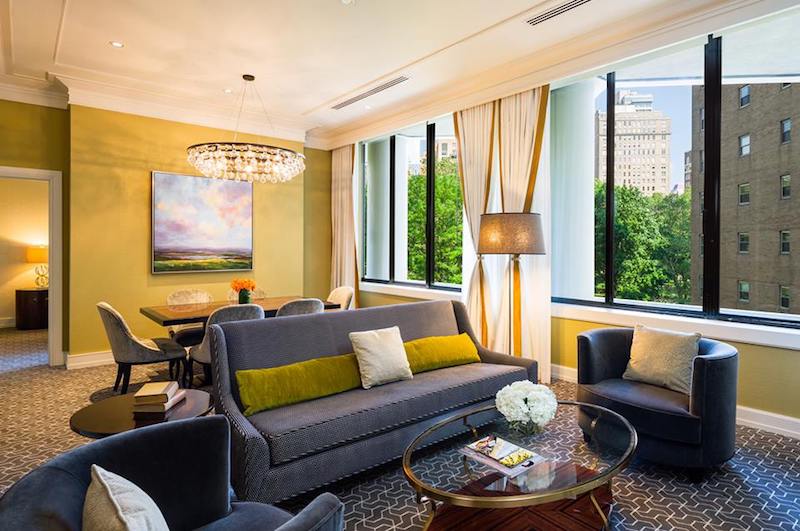 The Rittenhouse Hotel’s mix of Philadelphia history, art, and modernity makes it one of the most desired places to stay in the entire city.