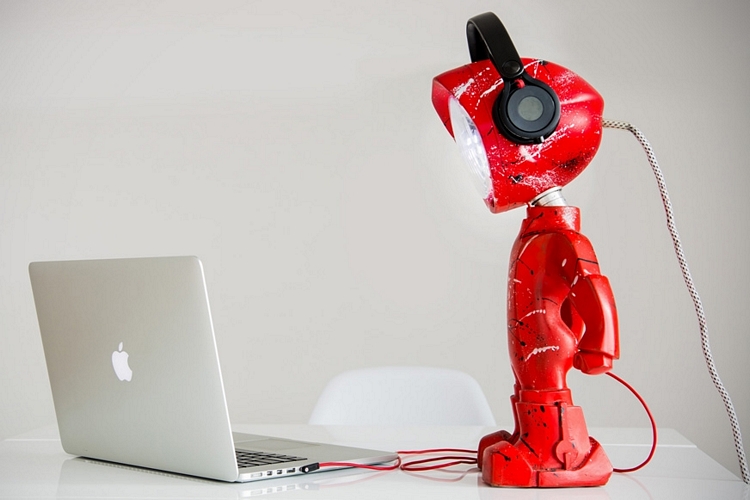 Posable, customizable and controllable via mobile device, this little robot lamp will watch over you as you work, either spotlighting a select area or acting as an ambient nightlight. Made from reclaimed tractor headlights, The Lampster was designed by an architect and engineer duo for personal use before demand from friends and the public led them to start a Kickstarter campaign that blew past its original goal of $30,000 to well over a million. 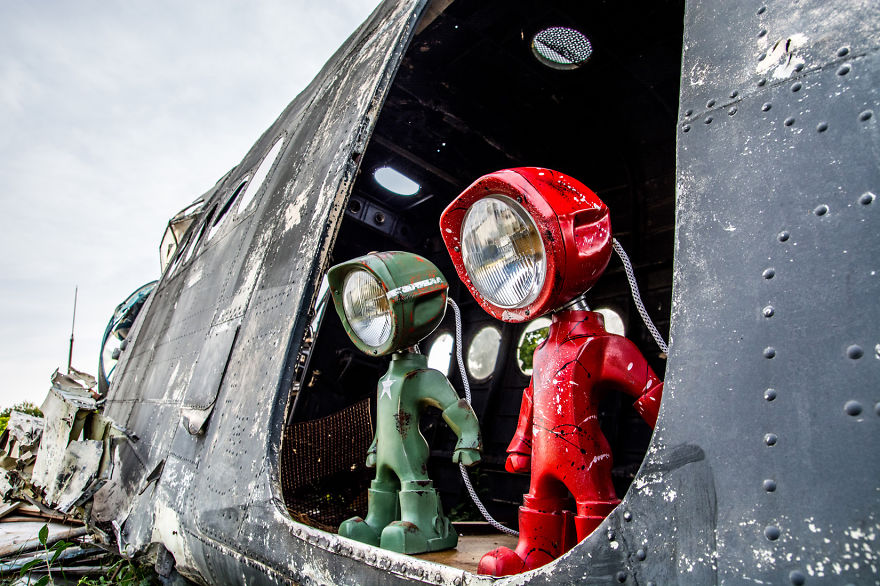 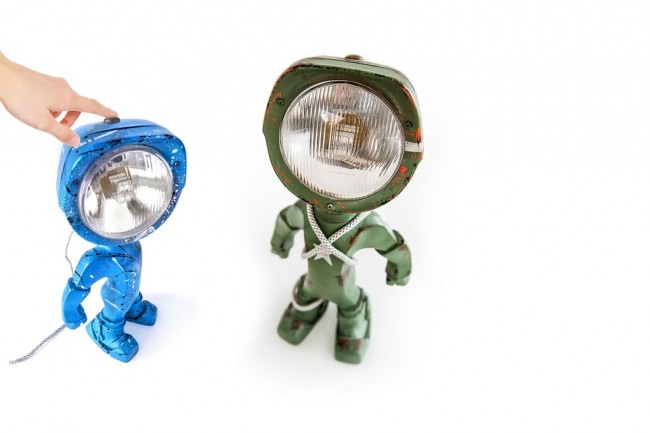 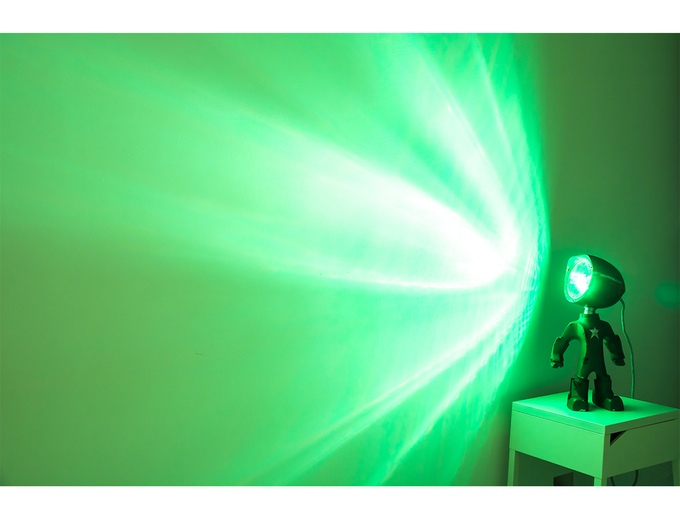 The Lampster desk lamp features two LED light sources, one ambient RGB bulb and a clear one controlled by touch. The color and intensity of the light are adjustable, and you can bend the neck for targeted illumination, or just to make its superhero stance that much more convincing. It’s made for both indoor and outdoor use, and the two light sources can be combined for extra power. 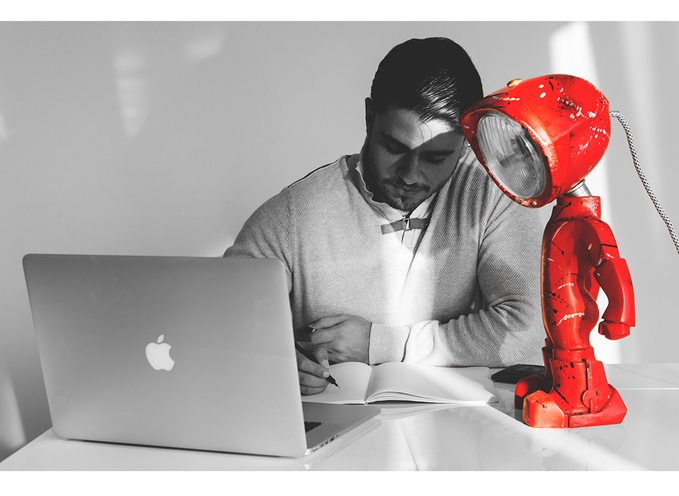 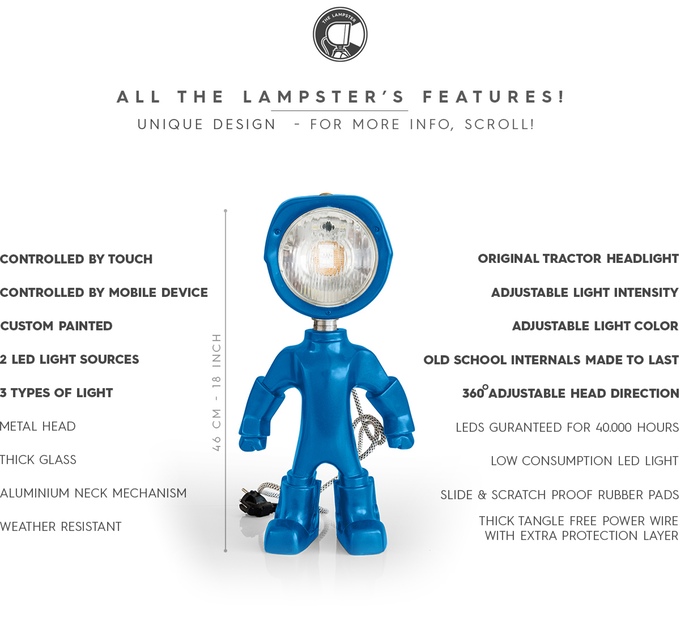 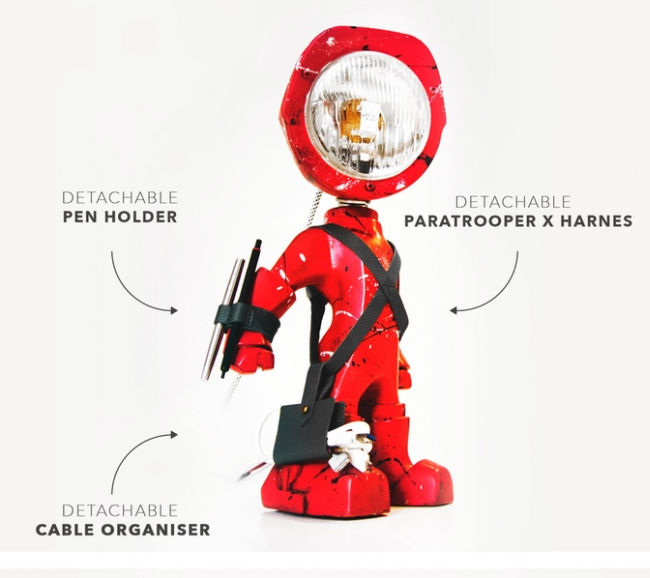 Choose from seven standard colors, army-style distressing, an artsy splatter effect, duotone, logo and symbol accents, or come up with your own design that the creators will hand-paint onto the aluminum. There’s just a little bit of time left to pre-order one on Kickstarter to get a special deal, including free accessories like a detachable pen holder and cable organizer.

“It all started from some old headlight we had around the workshop. We wanted to give them some use, and make something funny to have around the house; not some dull ugly lamp. So after many sketches we came up with the Lampster\ Lightster! The shape is one of power and confidence, and being with colors and like some kind of a robot; makes it really fun to have around the house.”

“Because the head was originally designed as an auto head-light it provides a wide light when it’s needed – think of it as the low beam perfect for home use or a long reach more focused light – the high beam. Use this feature just by changing the angle of Lampster’s head.”