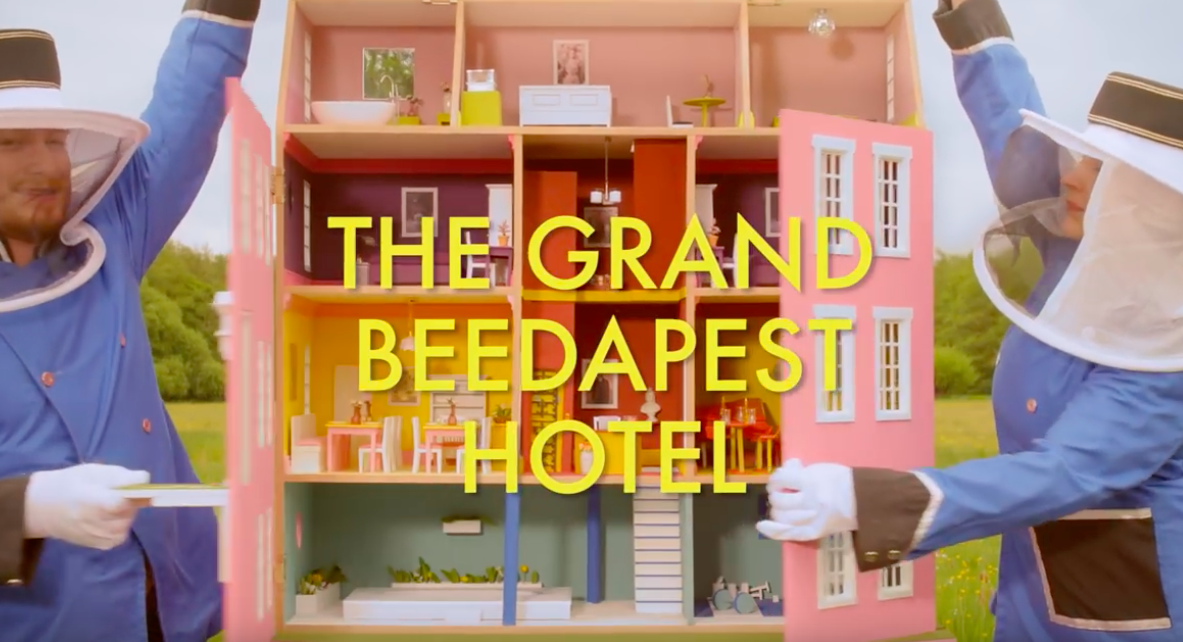 Continue reading below
Our Featured Videos
“Without bees, there would be no teas,” says Taylors of Harrogate, a British beverage brand, as they present an adorable illustration of their appreciation for these crucial pollinators. Modeled after Wes Anderson’s impossibly twee film ‘The Grand Budapest Hotel,’ the Yorkshire-based company’s ‘Grand Beedapest Hotel’ opens like a dollhouse to reveal four levels of interactive spaces where actual living bees can have a drink, sit down to a meal, bathe, nap, work out and even dance beneath a miniature disco ball. 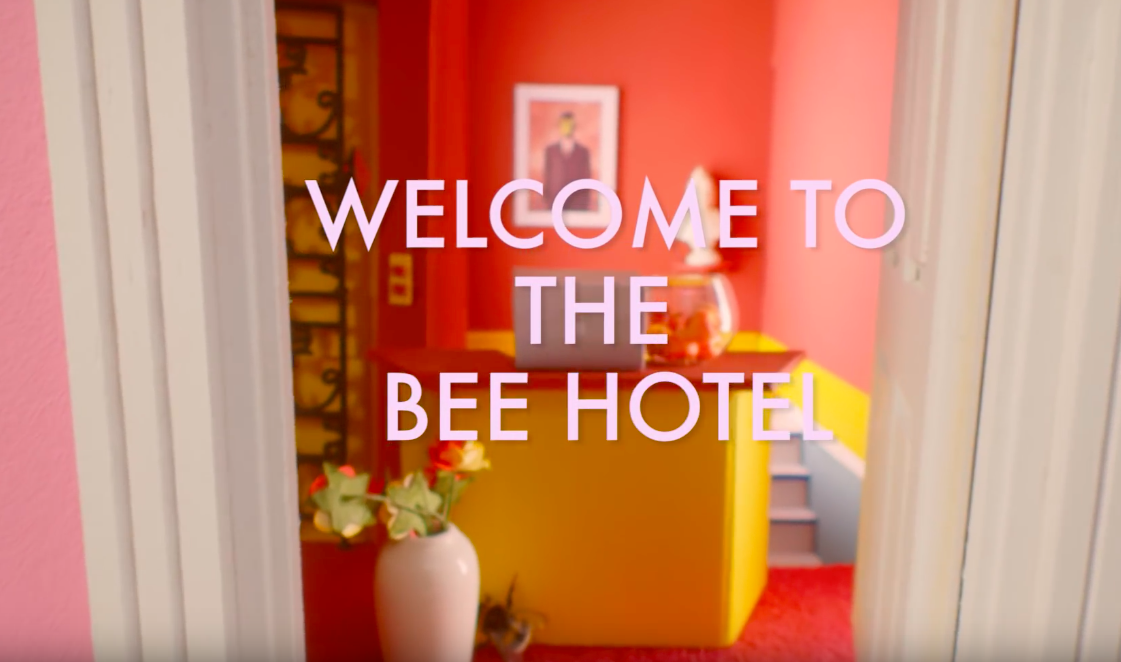 “Our Luxury Bee Hotel is a flight of fancy – but we’ve built this delightfully grand miniature residence to attract more than just a winged clientele. We want to create a buzz, encouraging people to make their own homes and gardens more bee-friendly.” 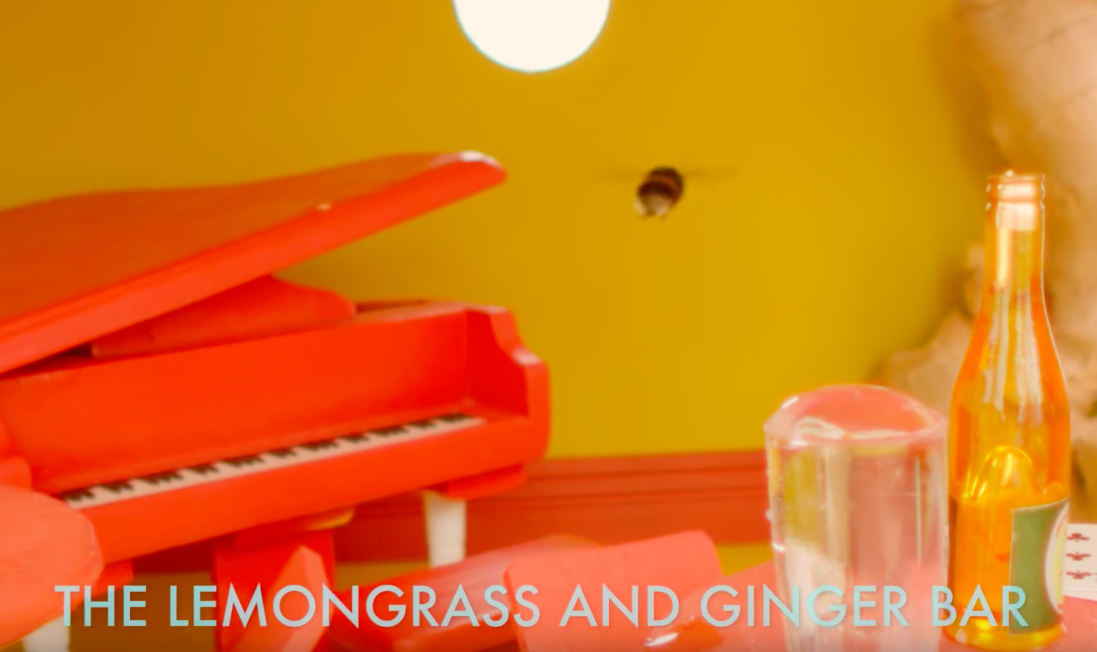 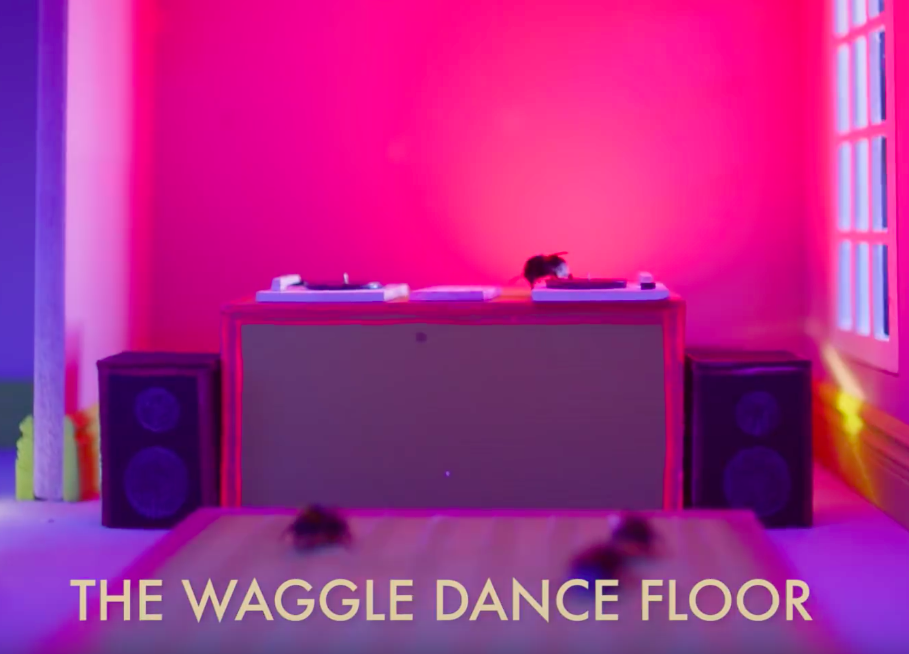 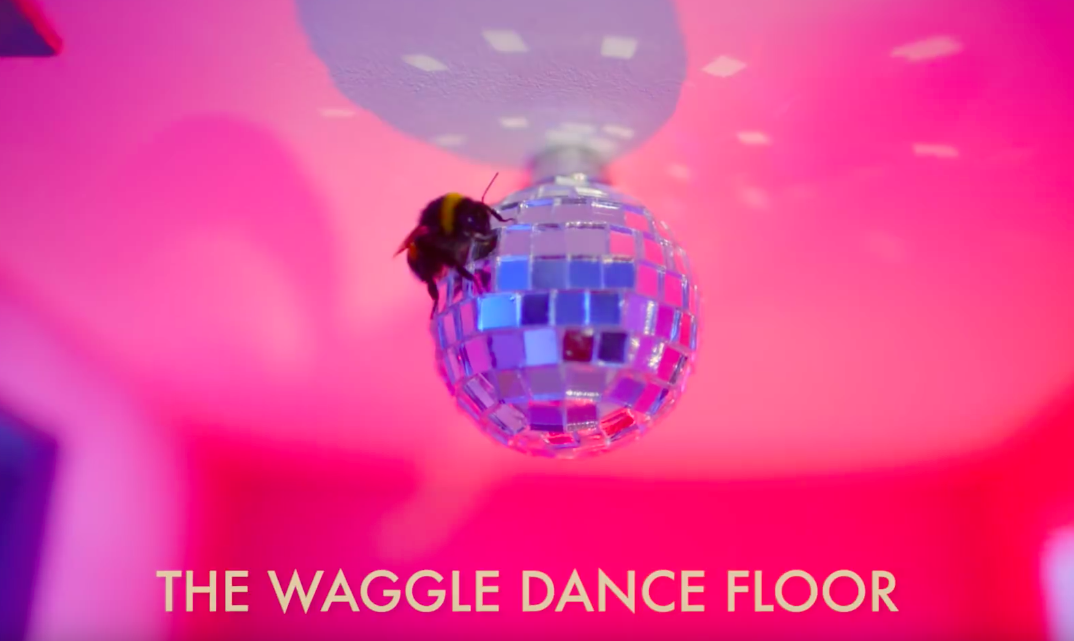 The bees enter the miniature hotel through the ‘spiced apple reception’ and find plates full of pollen in the ‘rose lemonade restaurant,’ while the ‘sweet rhubarb suite’ offers a sugar water bath. There’s a peppermint swimming pool and even a gym where the bees can be spotted tumbling playfully on the tiny equipment. There are social spots for the bees to group together, but the bedrooms also feature traditional hollow tubes, which are an attractive nesting spot for solitary bees. Made primarily of balsa wood, the hotel includes special elements scientifically proven to be beneficial to bees, like ultraviolet patterns. 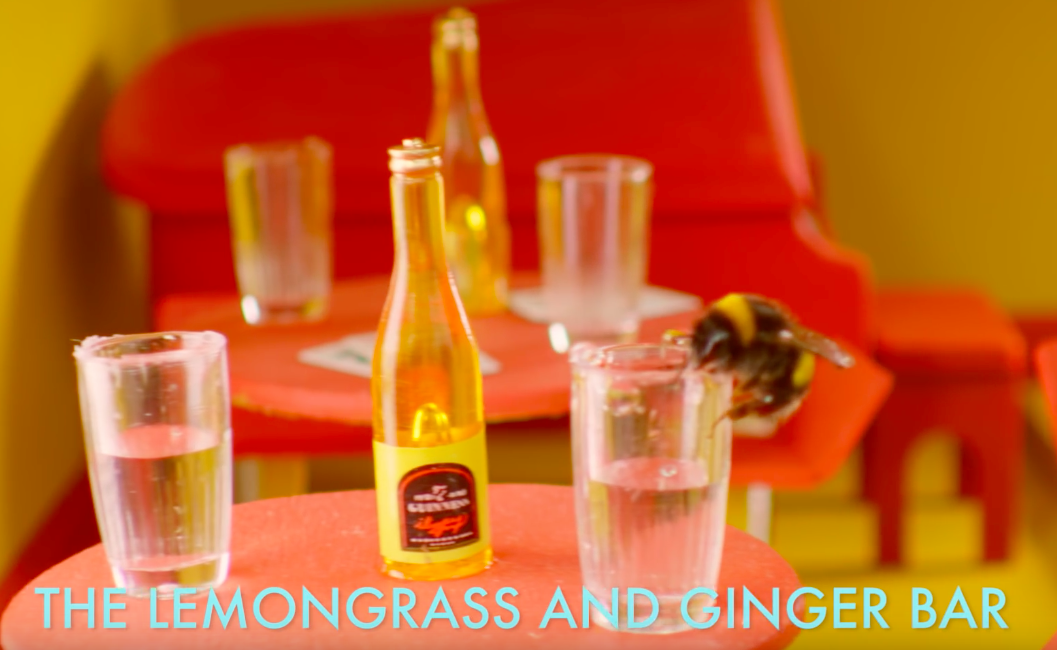 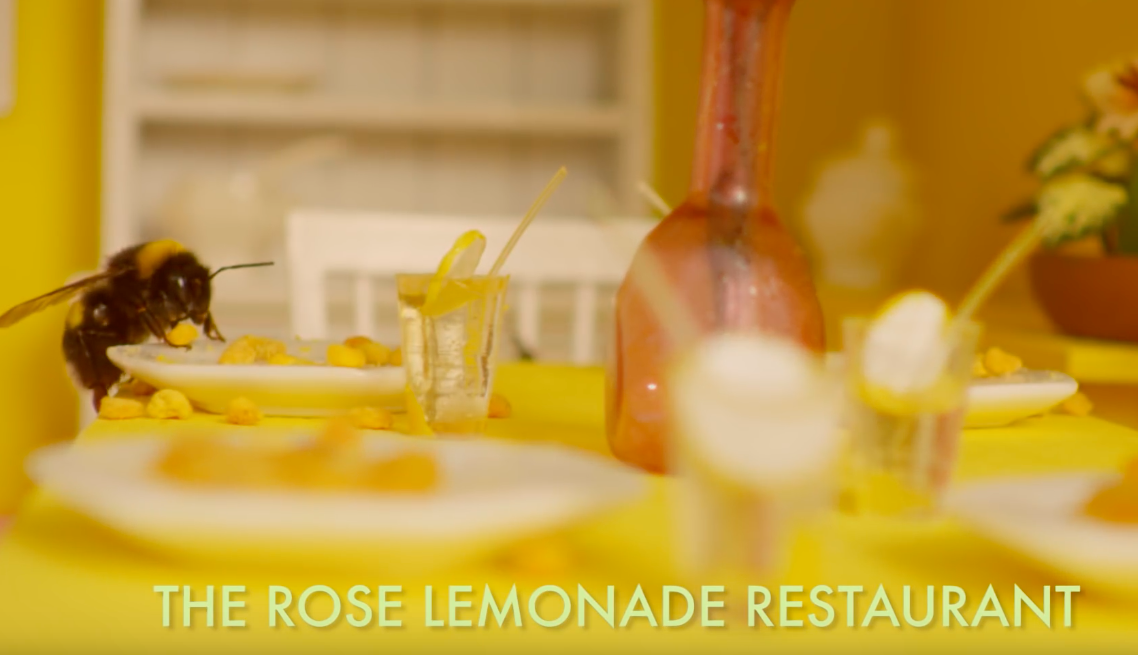 “Bees’ homes have changed,” says Taylor’s on ‘The Story of Bees,’ a website announcing the debut of the posh insect residence. “Urban areas keep growing – expanding into rural land and reducing natural wildlife habitats. And since the 1930s, increases to farming land have seen Britain lose 97% of its wildflower meadows. Both are considered a major cause of bee decline. But there’s a surprising twist: bees like cities. A new Bristol University study has found just as many bees in urban areas as rural ones. And there’s another surprise – urban areas contain more bee species than the rural ones. In fact, a Northampton University Study found that 22% of all British bee species were inside a single 500m radius, highly urbanized area.” 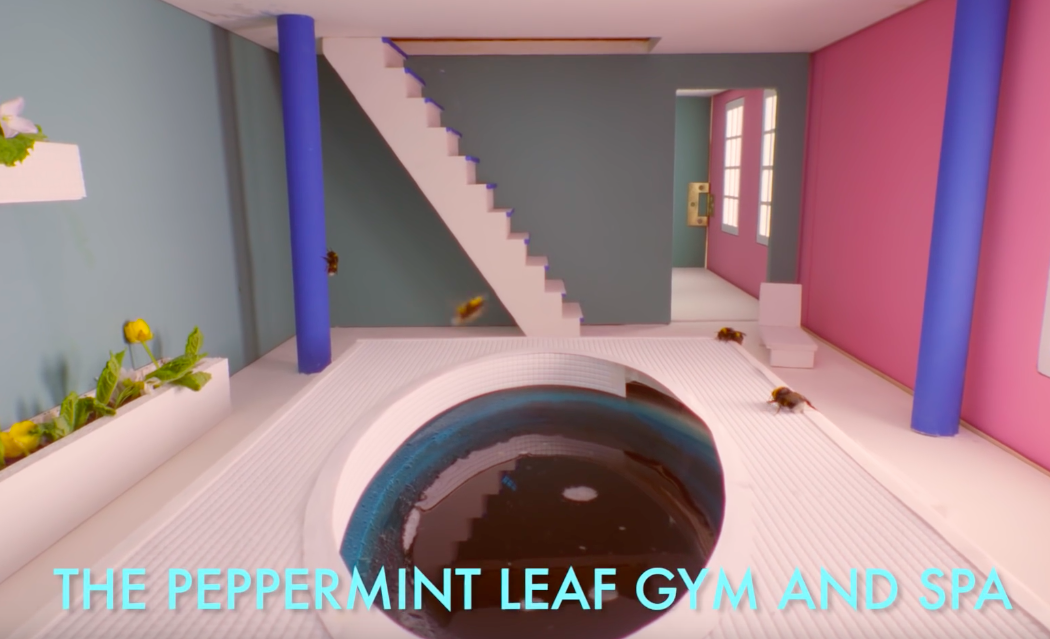 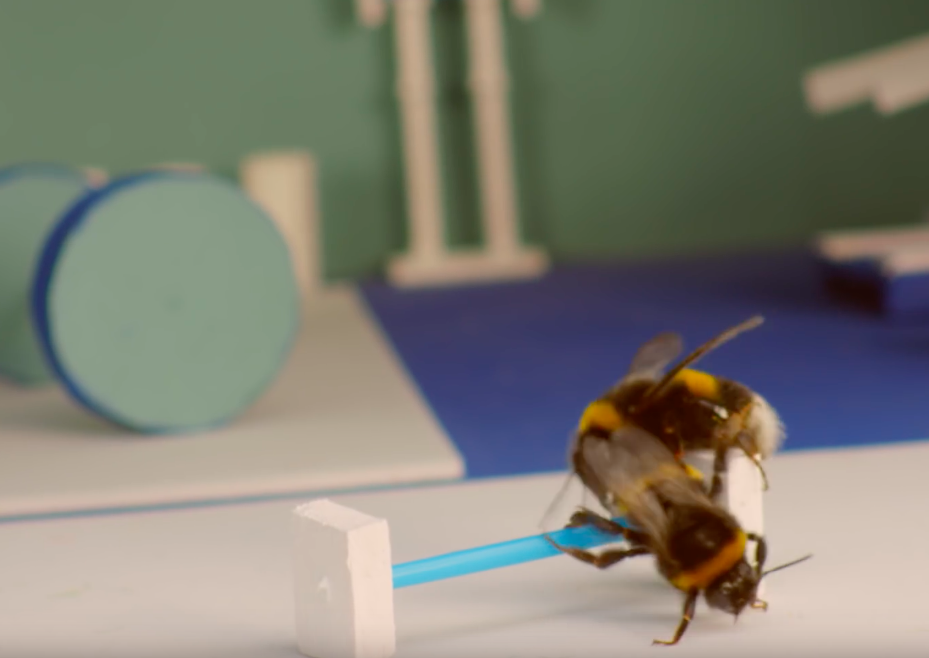 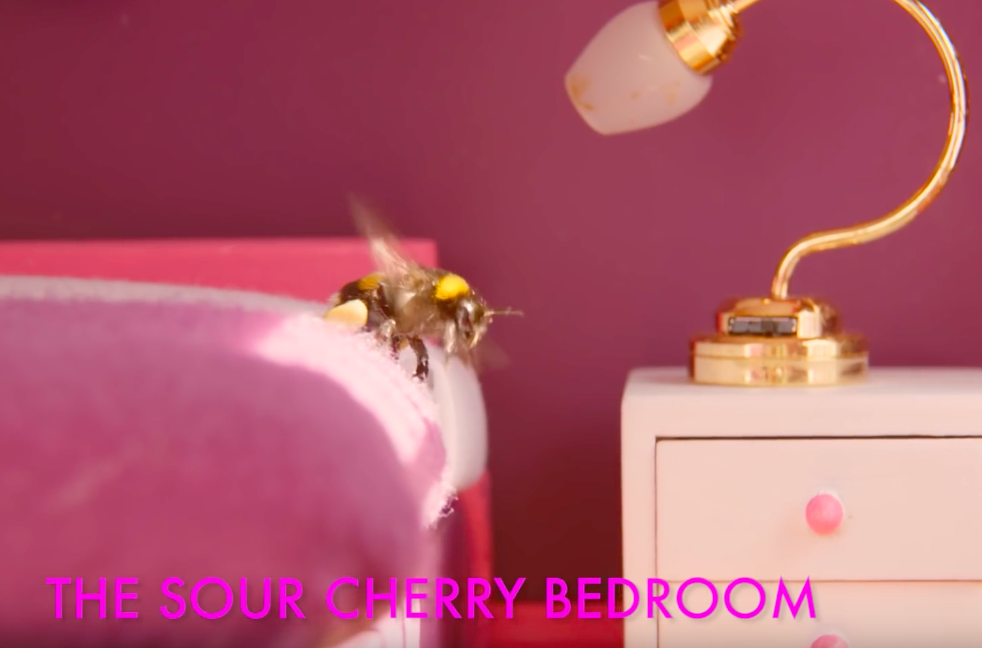 “Bees only really need two things – food (pollen and nectar) and a place to nest. Urban areas offer a diverse variety of bee-friendly flowers and nesting locations. The studies agree that urban areas can play a big role in bee conservation. With a little effort, mankind’s ever-growing urban footprint can become a boon for bees, too.” 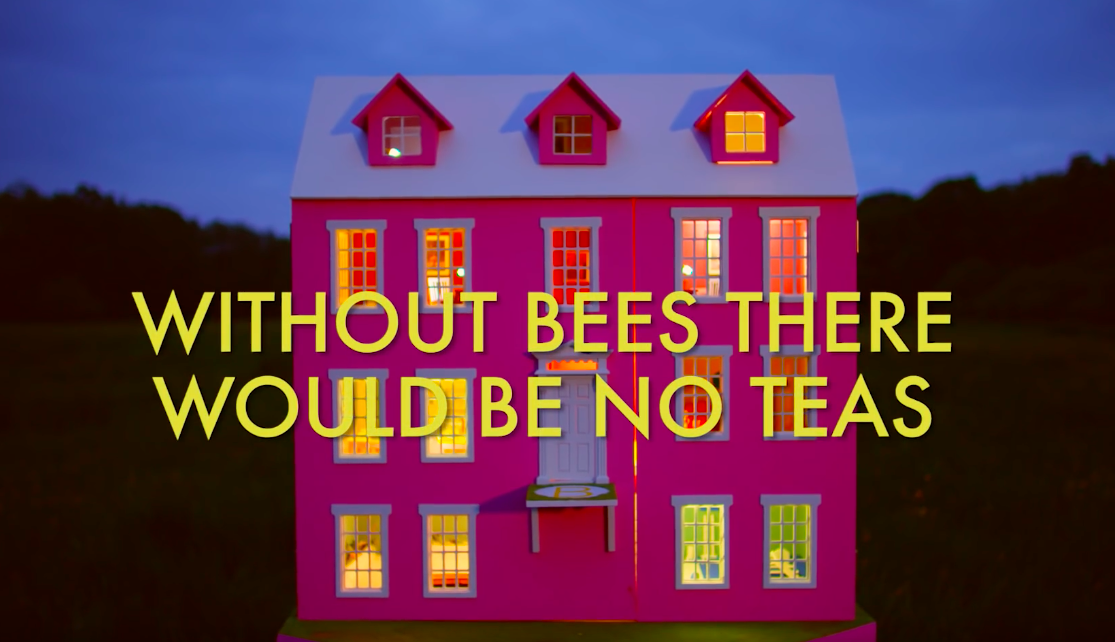 So what can you do to help? Taylor’s encourages us all to build our own bee hotels as places to help them thrive in urban environments. Yours doesn’t need to be quite this complex: bee houses can actually be as simple as some metal tubes or bamboo mounted inside a box. The tea company recommends checking out the Grow Wild project for a guide.