Based on the looks of their crumbling facades, dilapidated interiors, and surrounding piles of rubble, you might think these old Soviet-era spa buildings in Tskaltubo, Georgia were completely abandoned. In most of the moody shots captured by photographer Ryan Koopmans, there’s no reason to believe otherwise. 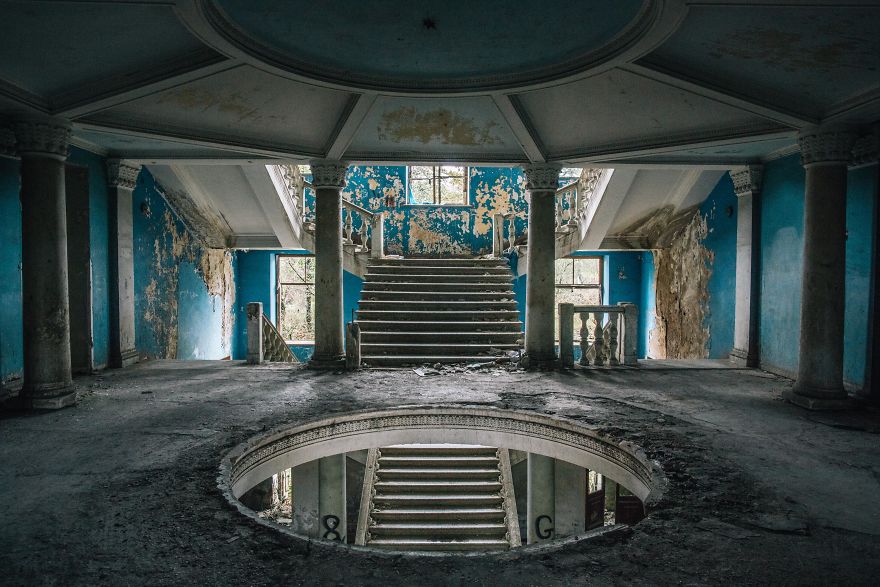 Continue reading below
Our Featured Videos
But every now and then, you’ll spot something odd: a line of fresh laundry hung out to dry. A clean newish car parked right in the hallway. A pair of shoes set carefully beside a rotting chair. The face you spy in a window won’t be that of a ghost, necessarily, but rather that of a resident. Decades after these buildings were offered as temporary shelters to Georgians fleeing the war in nearby Abkhazia, hundreds of families remain, even as their homes break down around them. 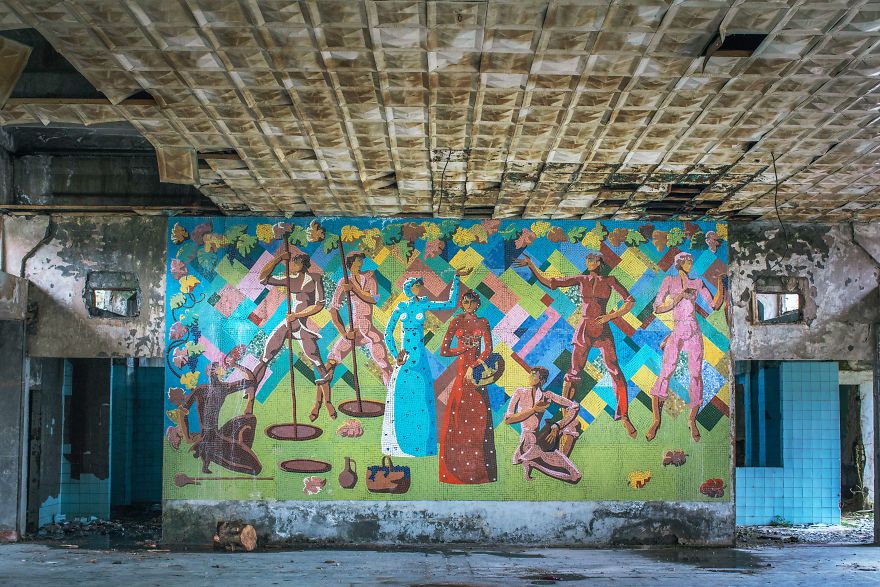 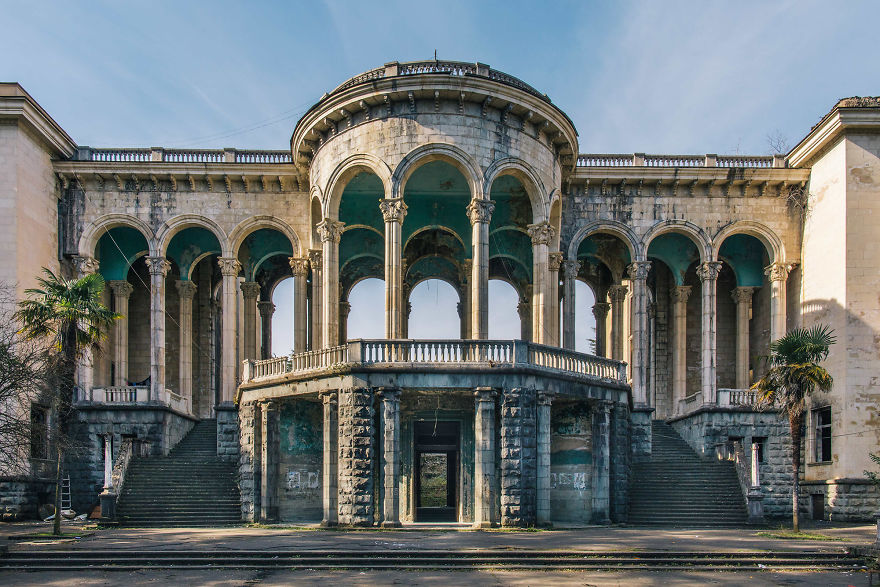 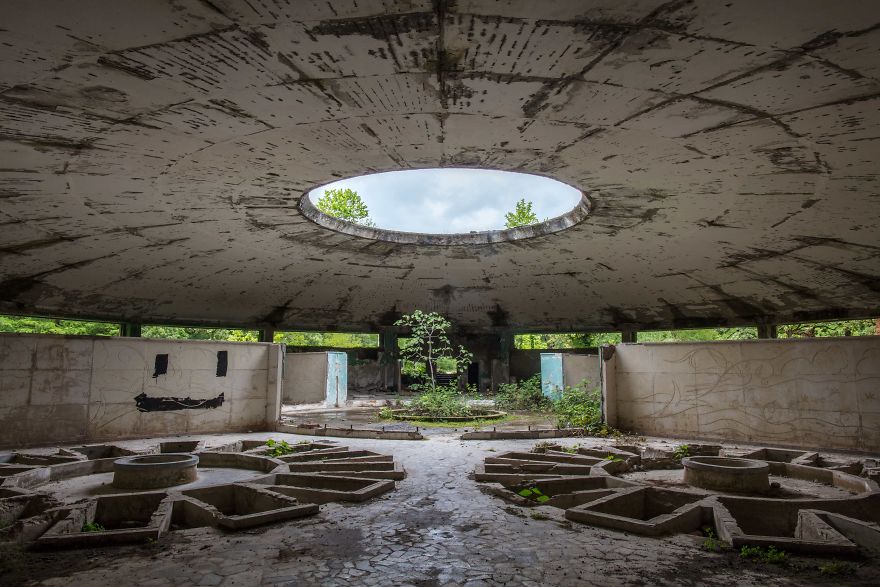 Once, these “sanatoriums” were pristine health destinations for travelers from all over the former USSR, who were obliged to visit them annually in order to “sustain a healthy and productive workforce,” according to Koopmans. Built in the 1920s, the facilities took advantage of the therapeutic radon-carbonate mineral spring water found in the town, which was said to heal a host of illnesses. Consisting of 22 different buildings, the ornate sanatoriums peaked in popularity between the 60s and 80s, drawing in hundreds of thousands of visitors including Joseph Stalin himself. He even had his own personal bath house at one of the spas, with a relief sculpture depicting his welcome by the masses. 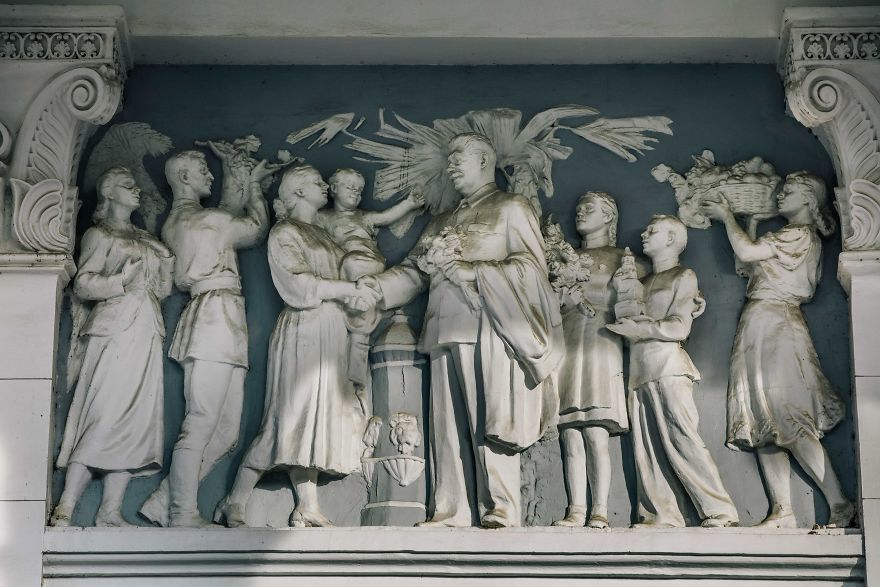 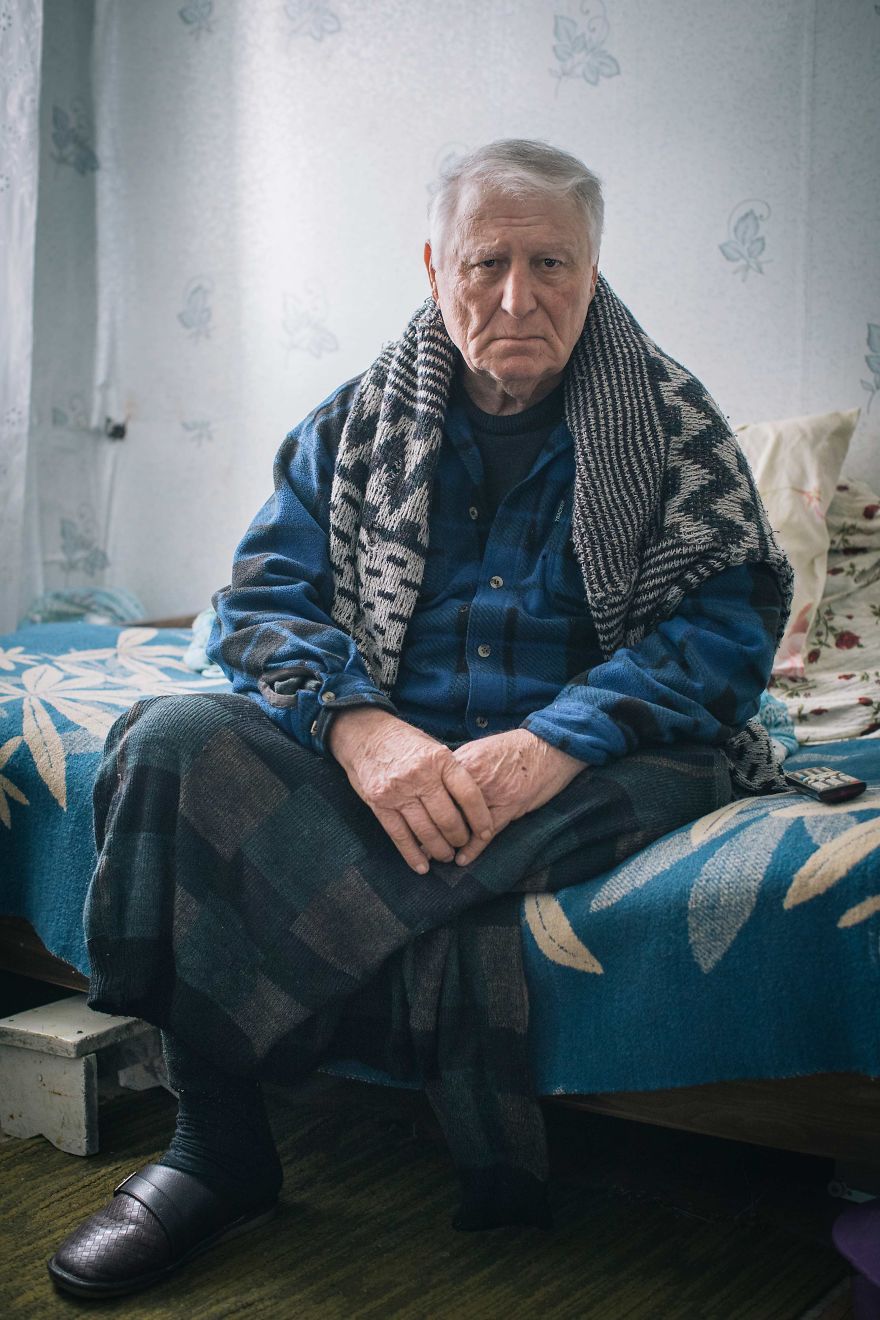 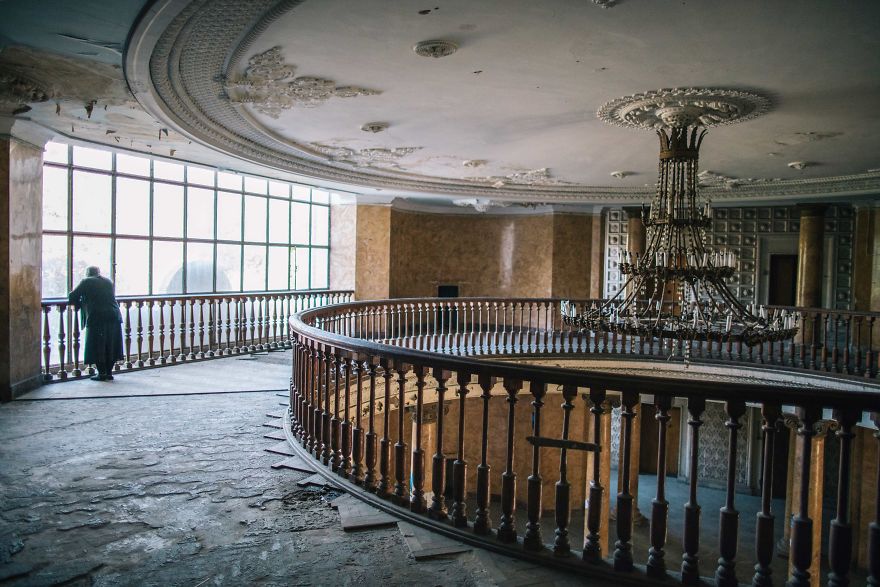 But with the break-up of the Soviet Union came dramatic changes in the small nation of Georgia, which sits along the Black Sea with Russia on one side and Turkey, Armenia, and Azerbaijan on the other. The buildings fell into disrepair, and the desperate residents of Tskaltubo tore up its floors for firewood and salvaged its metal as scrap. Georgians fleeing the conflict in Abhkazia took up residence in 1992 with the permission of the government, and most simply never left. While some of the buildings have since been sold for redevelopment, others appear frozen in time — but life goes on inside them nonetheless.

Setting out to capture the beauty of the ruins, Koopmans didn’t realize the buildings were inhabited until he saw the residents firsthand. Born in Amsterdam and raised in Vancouver, Canada, he takes interest in “surreal structures in our world’s megacities and urban landscapes,” focusing on their geometry, patterns, and saturation in his work.

This particular photography project took a fascinating turn when he met and profiled some of the sanatorium’s 800-odd residents with the help of a translator. For example, an 82-year-old man named Radisha moved in with twelve members of his family after walking over 100 kilometers by foot with a bullet wound in his leg. 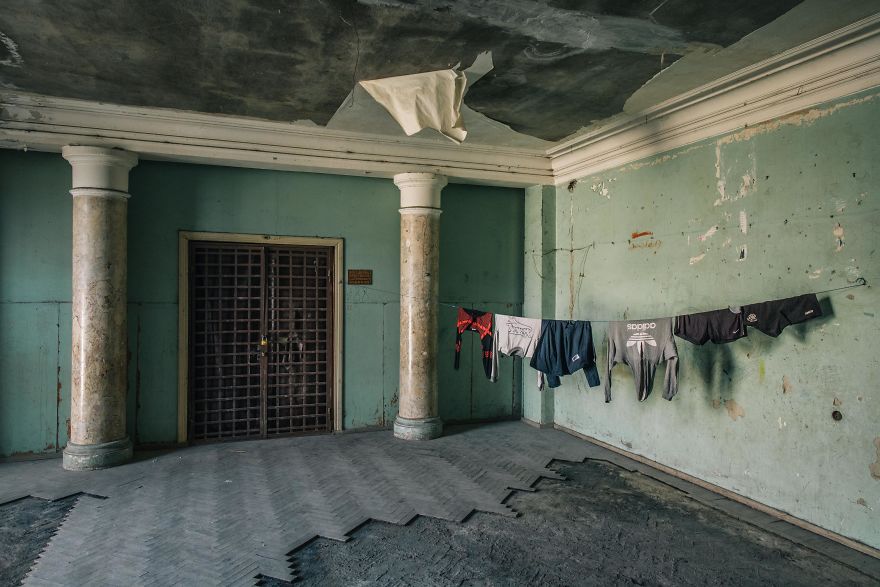 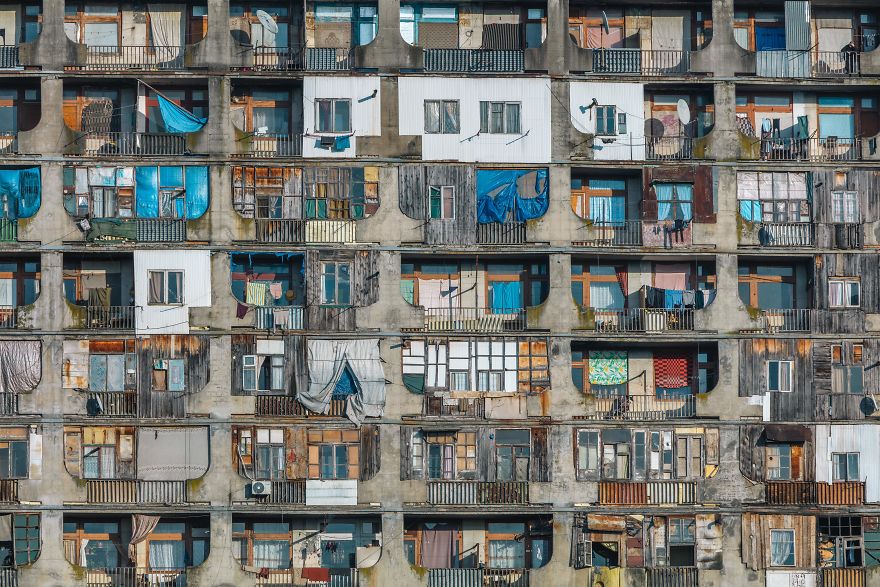 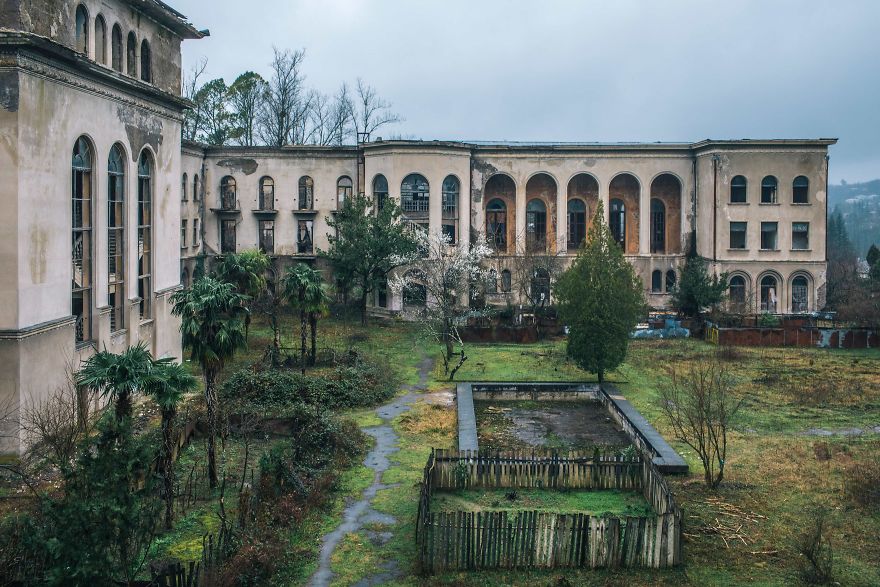 Taking a full five years to complete, Koopmans’ in-depth documentation of the area and its residents includes hundreds of photographs, a short film, and a few tidbits that might have otherwise been lost to history as the tides of change creep ever closer to the Soviet-era spas. 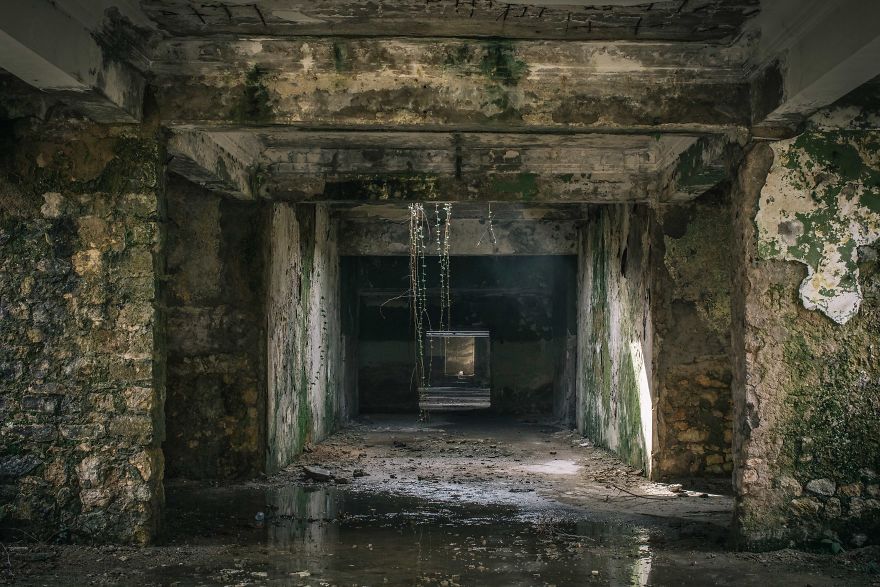 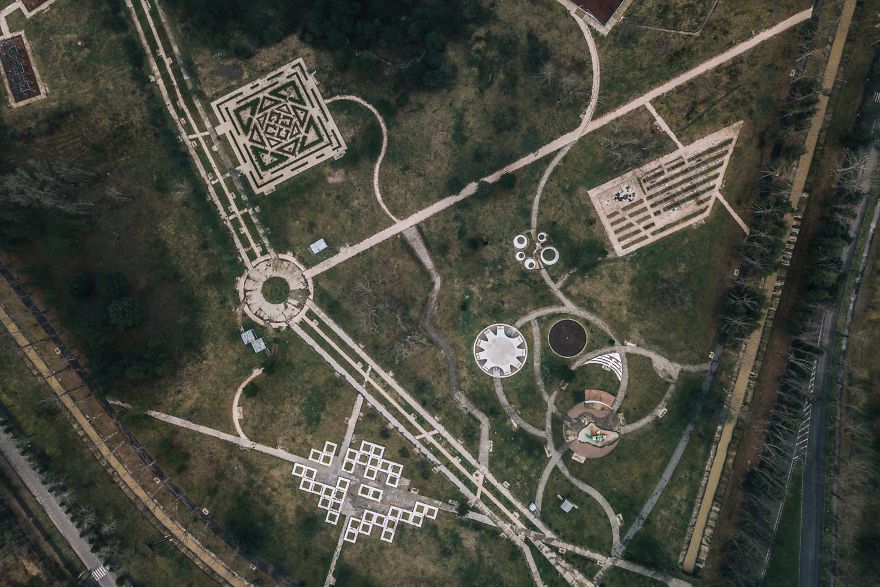 “There are plans to redevelop the town and invest millions of dollars into the reconstruction and renovation of some spa buildings,” he explains. “The displaced people from Abkhazia have been told that they will be moved into new homes, however this transformation has been slow. Much of the original architecture in Tskaltubo will be removed, along with the artifacts, objects, and decorations which remain.”