When it comes to industries that are thought of as “male dominated,” construction takes the cake. Observe almost any construction site in the world, and the percentage of men working on it will be close to 90 percent. Although that statistic doesn’t encourage much hope that we will ever see gender parity in the construction industry, its male dominance is being challenged. This challenge isn’t coming from women, however, but from robots.

By 2023, the robotic construction market will be worth roughly $166.4 million USD. This figure accounts for all fully and semi-autonomous systems, task specific machines, 3D printed structures, automated heavy machinery, and other non-human built constructions that make up the market. Soon enough, robotic construction will start to take jobs away from a labor-heavy sector that’s been historically slow to change and afraid of embracing new technologies. But despite the way the industry may feel, investors, clients, and progressive builders have all taken notice of the opportunities that robotics are making increasingly available right now. 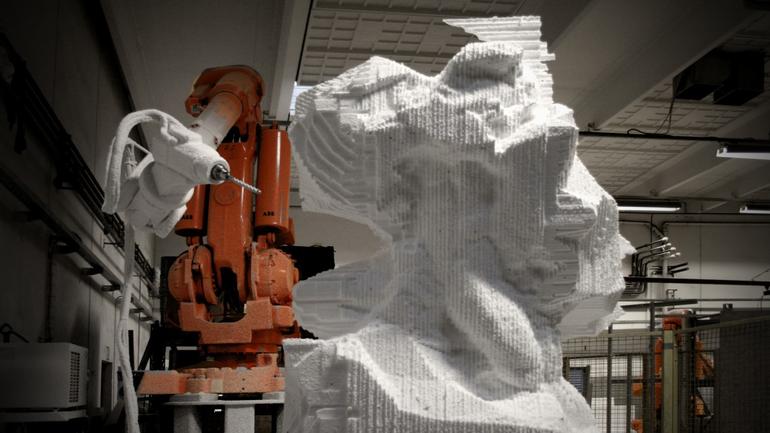 In June of 2018, Odico, a robotic construction company based in Odense, Denmark, raised almost $5 million USD after being listed on Nasdaq First North. Odico specializes in freeform architecture, creating irregular forms out of foam blocks that are almost impossible to manufacture. Similar to a potter forming an object out of clay, one part of each Odico robot carves foam out of the block while another part handles the block itself, creating double-curved geometries in the process. Typically, such custom pieces would have to be subcontracted to specialized (often overseas) fabricators and shipped to the site. The use of robotics allows the custom forms to be created without increasing costs. 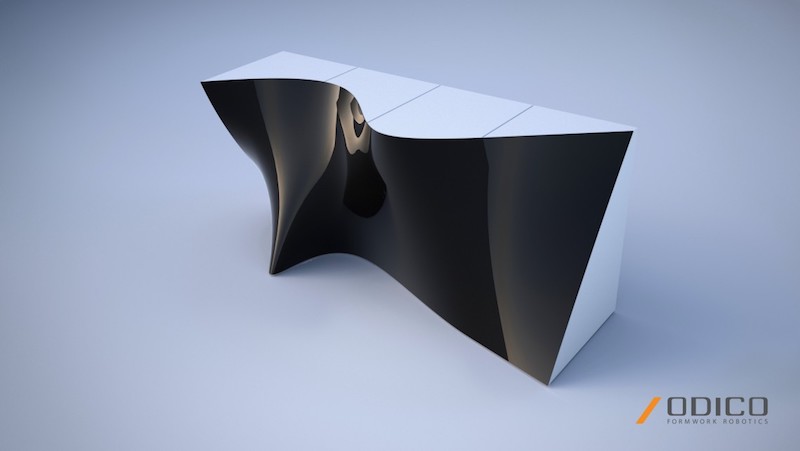 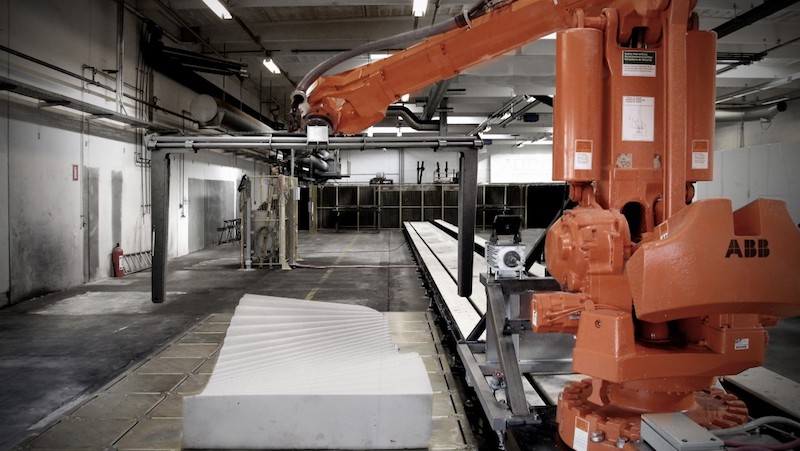 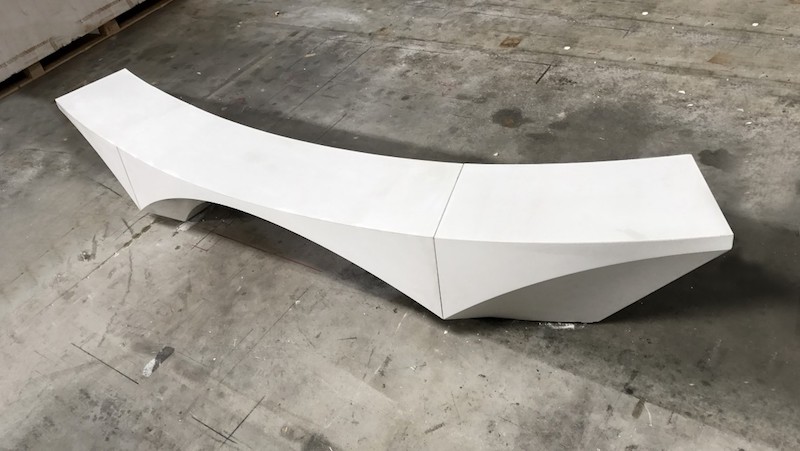 Odico eventually plans to make their robotic construction process mobile, delivering automated custom form-making systems to any construction site in the world from the confines of a shipping container. “Factory-On-The-Fly” is a ready-to-use system for contractors and manufacturers alike, capable of being plugged in and controlled with an Android and iOS tablet.

While robotic construction still can’t be used to build an entire skyscraper, it can form the scaffolding for a tall building. For “Opus,” a 21-story hotel project in Dubai by Zaha Hadid Architects, Odico was approached to conceive of a scaffolding that could help erect the building’s sinuous inner facades and atrium. The resulting construction was especially helpful for the parts of the design that called for double curved fenestration. 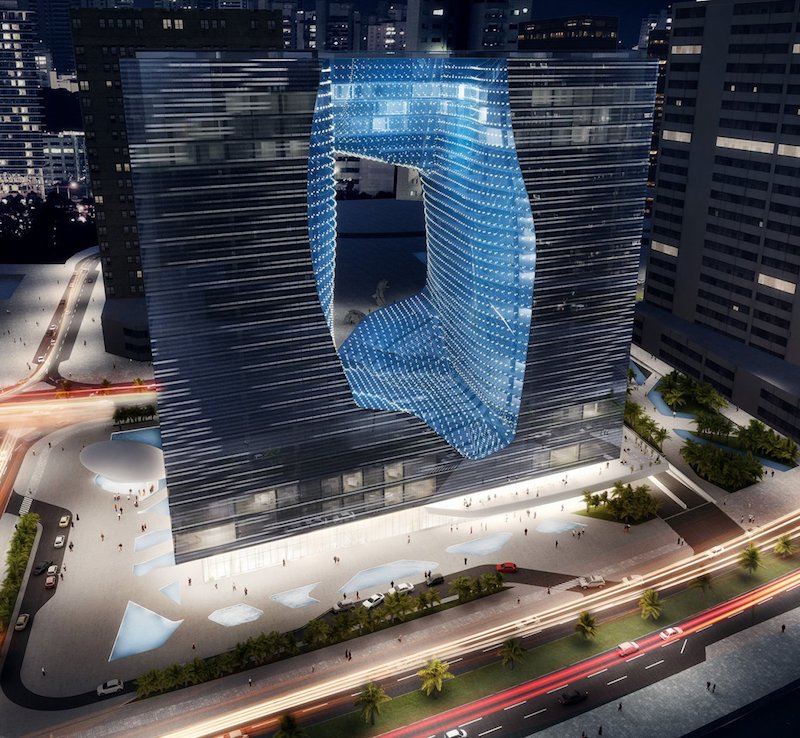 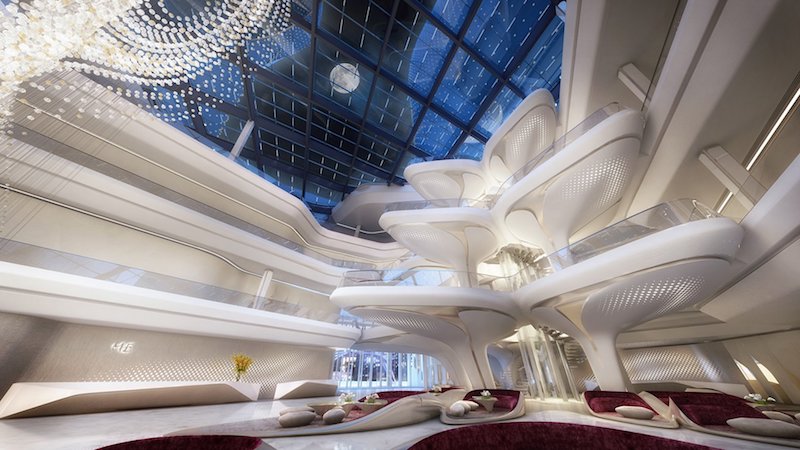 As the robotic construction industry grows, it will threaten the general construction industry and put millions out of work. Door and window installers, most of whom have nimble hands and know where to stick a well-placed shim, will probably keep their jobs the longest. Electricians, HVAC specialists, and elevator consultants may be secure, too. The people who should be afraid are the painters, drywall installers, bricklayers, tile installers, and anyone else who performs a repetitive task for a living. Still, the increase in robotic construction will eventually lead to the decrease in male domination within the industry.