Art Basel Miami Beach is back after taking a pandemic-induced break in 2020, and aside from some somber tributes to the late designer Virgil Abloh, the mood was exuberant. 253 galleries put thousands of artworks on display and have already sold millions of dollars worth of contemporary art from a wider, more diverse range of artists than ever before.

Before this year’s event, galleries had to have a physical location to participate – but the abolishment of that outdated rule has released a refreshing torrent of creativity and far more works from artists of color than usual. Big names, brand new names, and everyone in between demand our attention alongside a new focus on NFTs. Here are some highlights:

Designer Virgil Abloh’s presence was felt all over the event, from his portrait in a Wynwood mural by graffiti artist Alec Monopoly to a tribute by French fashion house Louis Vuitton. This July, a few months before his death at age 41 from a rare form of cancer, Abloh became the most powerful Black executive in luxury fashion when LVMH bought a 60-percent stake in his line Off-White. Louis Vuitton put Abloh’s final fashion collection on display November 30th at the Miami Marine Stadium and spelled out the words “Virgil was here” with a drone in the dark sky, followed by fireworks and a concert featuring Erykah Badu and Kid Cudi. 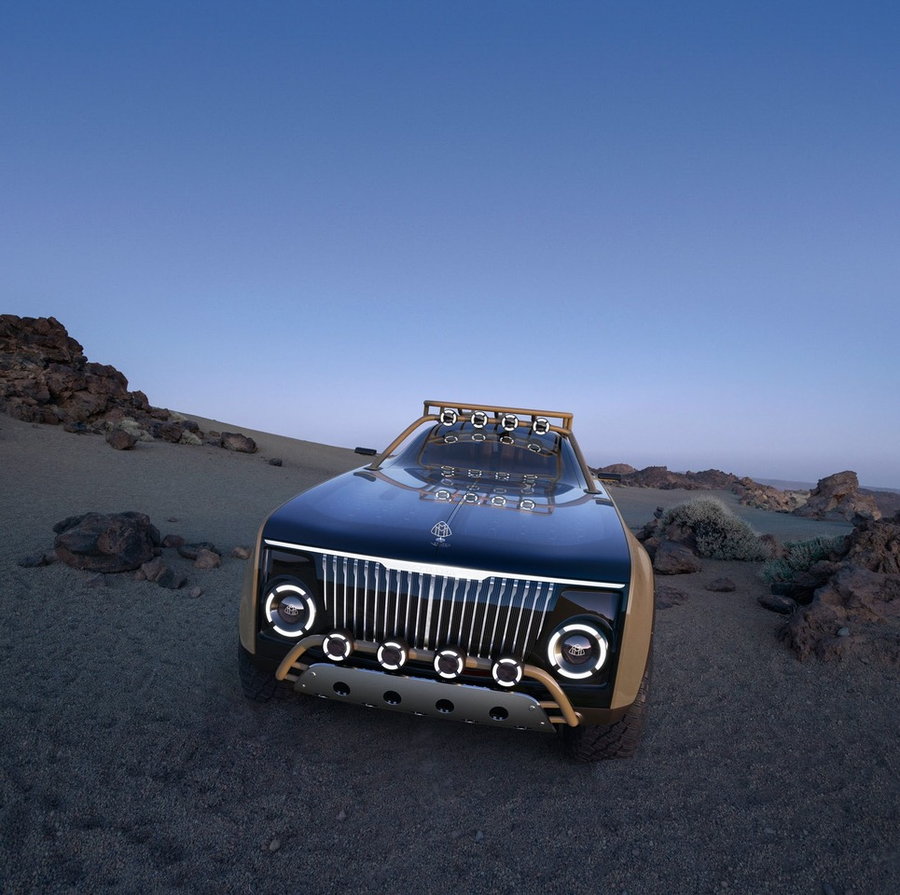 Mercedes-Benz also went ahead with unveiling its collaboration with Abloh, with the blessing of his family. They turned what was initially going to be a low-key press event viewing of his solar-powered electric battery car, “Project MAYBACH,” into a full-fledged tribute.

Remember how some guy duct-taped a banana to the wall of a gallery at Art Basel Miami 2019 and completely stole the show? Artist Maurizio Cattelan came away from that stunt with $120,000, and now he’s back with some stuffed dead pigeons. 56 of the taxidermied birds perch along the walls of dealer Emmaneul Perrotin’s booth, with one grouping, titled “Ghost,” asking $350,000, and the other listed at $210,000. 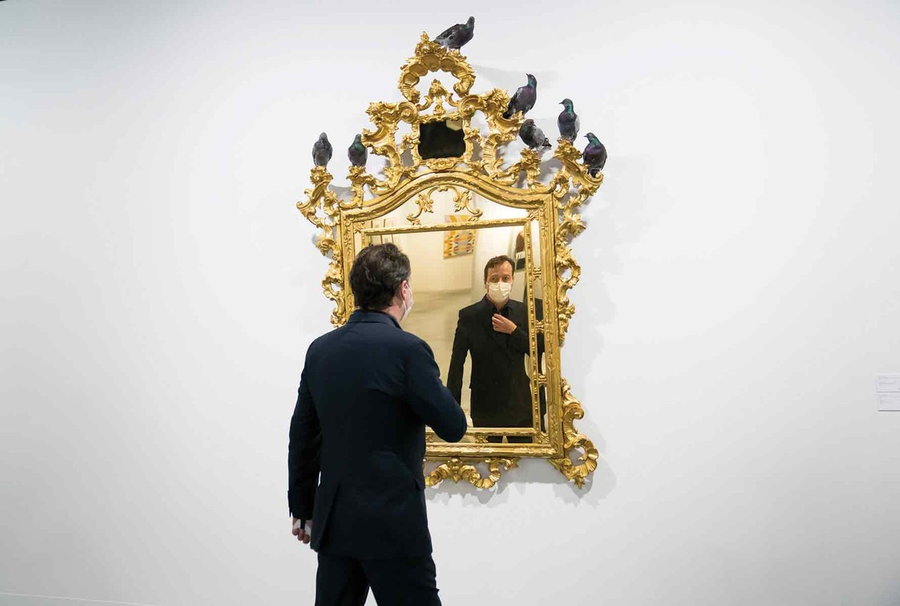 As Cattelan told The Art Newspaper, “The pigeons are ‘observing’ from above the movements of the visitors below, suggesting a different confine between inside and outside, what is seen and who is seeing. We live in a society where we are under constant surveillance, like being in The Truman Show; up to the very end you don’t know if you’re the subject or object of what’s going on.” 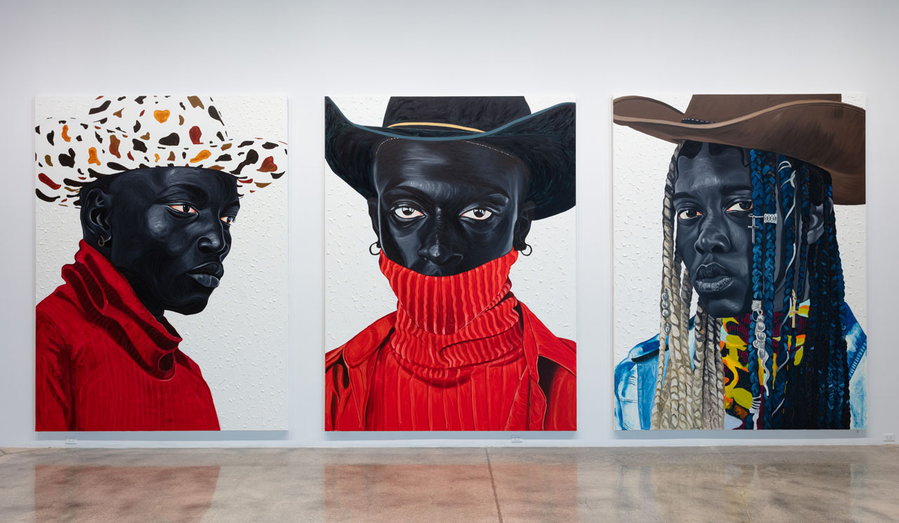 The Rubell Museum of Art unveiled paintings and sculptures by its three artists in residence, including Genesis Tramaine, Kennedy Yanko, and Otis Kwame Kye Qaicoe, and they’re all incredible. Qaicoe’s work in particular stands out for its starkness, its stunning graphic nature, and its scale. The Ghanan painter creates portraits of family and friends, using color and texture to express their individuality. The show also reinterprets the American vision of the cowboy using Ghanan models. 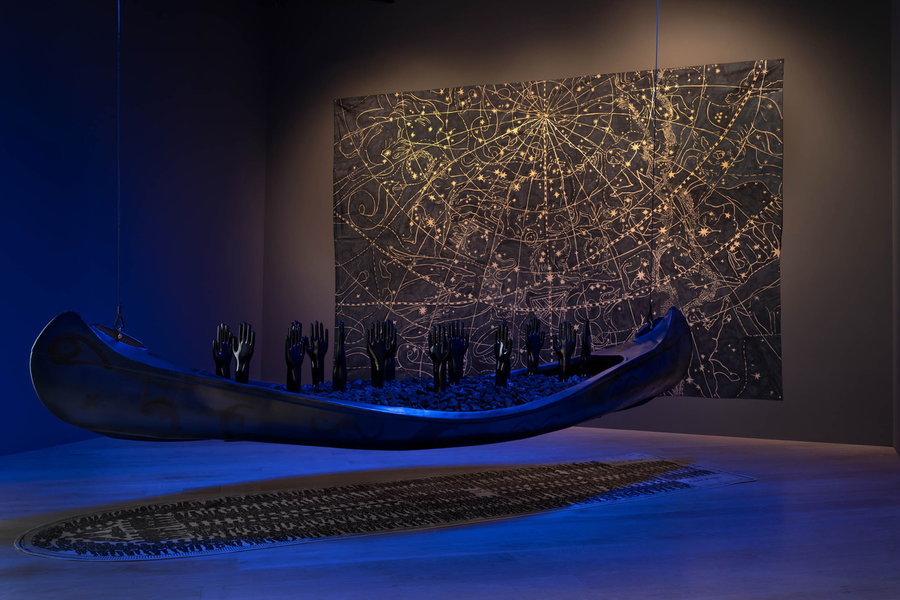 95-year-old artist Betye Saar displayed her rarely-seen 1980s installation “Serious Moonlight,” influenced by her travels to Haiti, Mexico, and Nigeria. The large-scale works immerse viewers in symbolism from each place, incorporating ritual, spiritual, and cosmological imagery in relation to the African-American experience and the African diaspora. 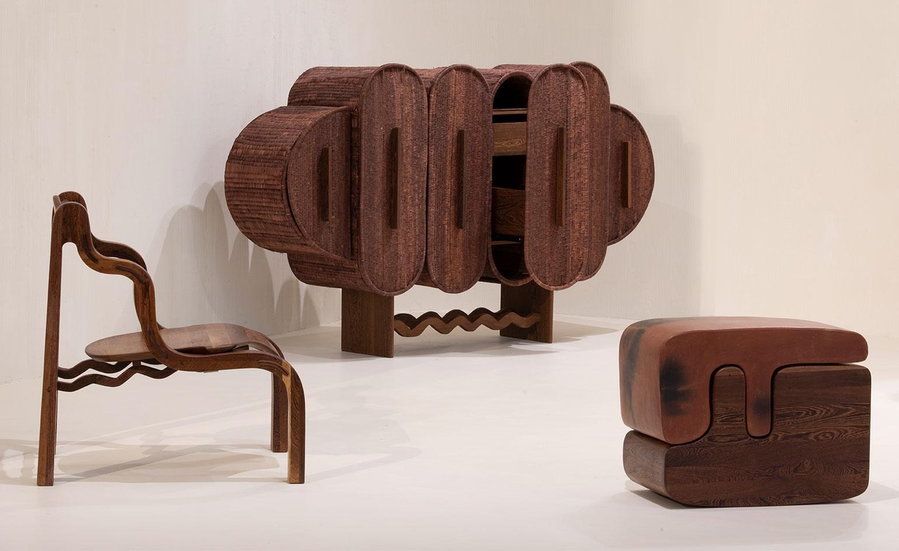 Fendi teamed up with Botswana-based furniture designer Peter Mabeo to create a capsule of 10 wooden pieces inspired by elements of the Roman fashion house’s style and history. The works, called the Kompa Collection, also highlight the creativity and skill of the craftspeople of Mabeo’s workshop. They’re elegant, curvy, and unexpected, applying locally sourced dark timber to galvanized metal that has been cut, hammered, shaped, and folded by hand. 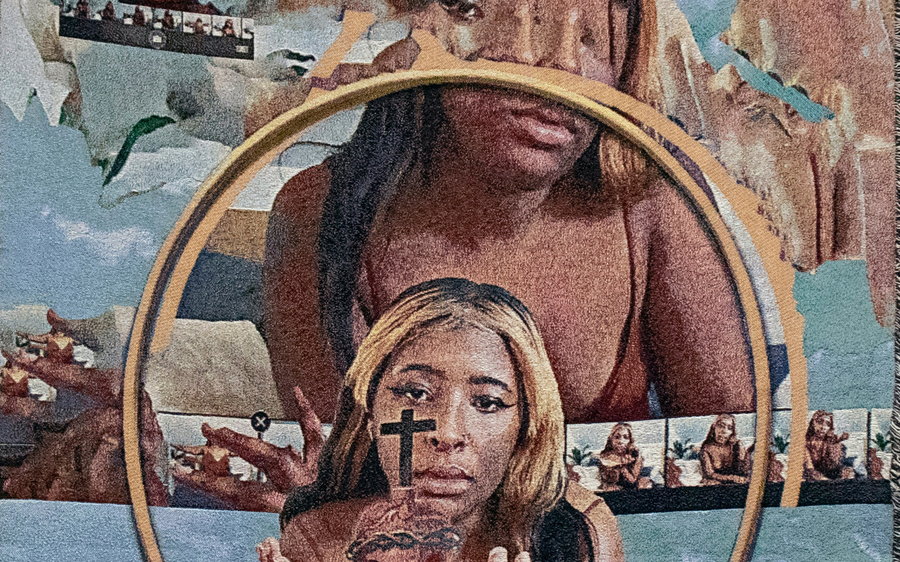 There will be no forgetting the name of Qualeasha Wood, an immensely talented young artist who displayed her work for the first time at Kendra Jayne Patrick’s booth this year. Her work is an examination of the identity of Black femmes, combining self-portraits, tapestry work, digital cursors and pop-up windows, and Catholic iconography into gorgeous scenes that leave visitors gasping in amazement. 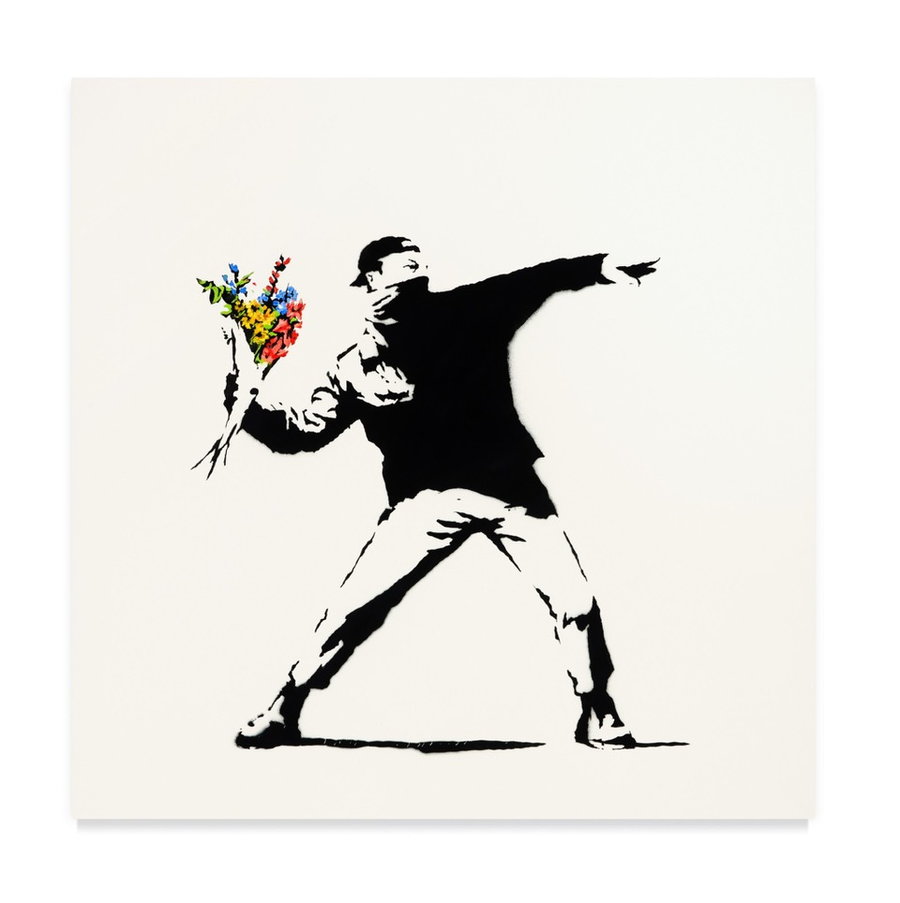 Crypto and NFT art went on display for the first time at this year’s Art Basel, with exhibition and digital galleries showing off the blockchain-enabled tokens. They included the “world’s first living NFT,” coded into the DNA of a living bacterial organism, a series of NFT-only works by Cube Art Fair, and an “interactive” exhibition of NFTs made in collaboration with open source blockchain Tezos called “Humans + Machines: NFTs and the Ever-Evolving World of Art,” where viewers could create AI self-portraits and turn them into their own NFTs. But none got more attention than former Christie’s executive Louis Gouzer’s new NFT company, Particle, mainly for their sale of Banksy’s 2005 painting “Love Is In the Air,” which Gouzer purchased in May for $12.9 million and divided into 10,000 pieces to be sold as individual NFTs.

That’s right – he’s basically cutting up a Banksy work into thousands of individual fragments to allow “a much wider audience to be part of a collecting experience,” as he told The New York Times. Each unique square will be sold as its own NFT for about $1,500. Unsurprisingly, more traditional art collectors and galleries are skeptical of the whole NFT concept, at least as it translates to buyers’ desires to own valuable art.