Rising almost 100 feet into the air, bamboo is a tall and slender form of grass that is as beautiful as it is practical. It’s much more than the building block for things like primitive huts and low-tech rafts, though — it’s also an elegant material with an extremely low carbon footprint. On top of that, bamboo’s solid exterior and hollow interior make it an extremely versatile material for building. 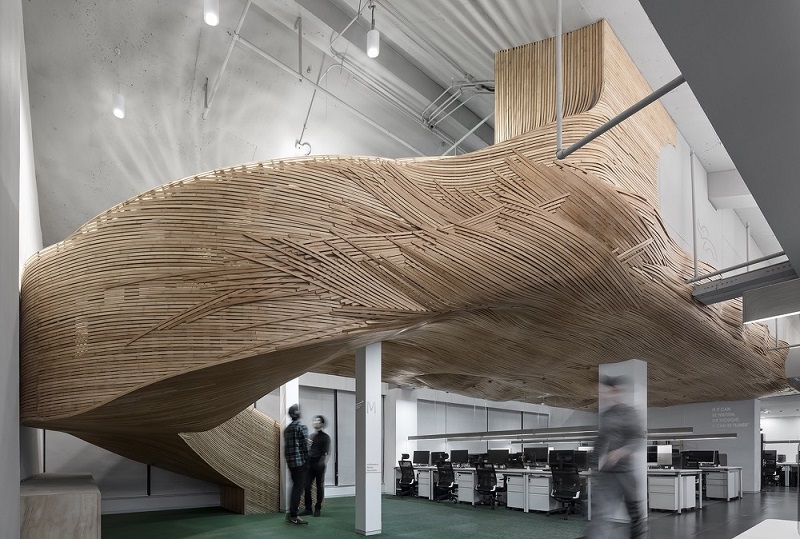 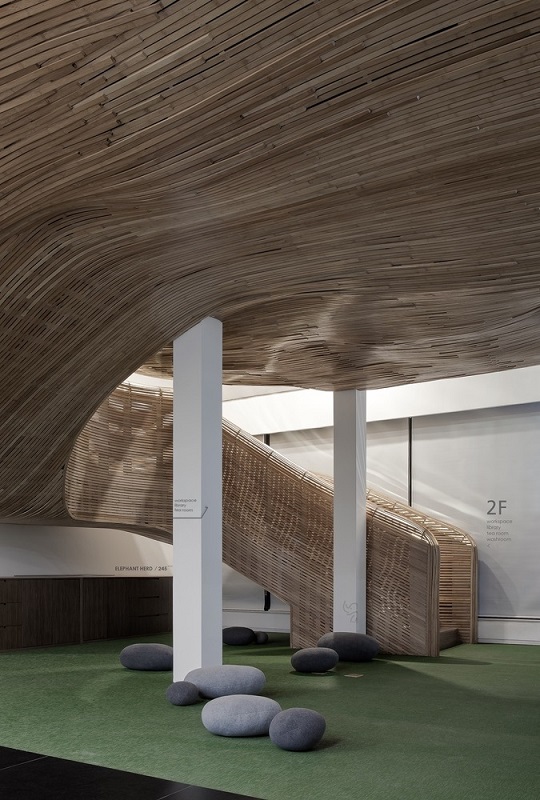 Figuratively speaking, there’s also a musical quality to bamboo. The shoots, when stacked on top of one another, build up a steady structure like a crescendo of bass clef notes, while the “treble clef notes” can be seen in each shoot’s melodious height. As with all great materials, there is a harmony between bamboo and humans that makes the latter feel a little closer to nature. 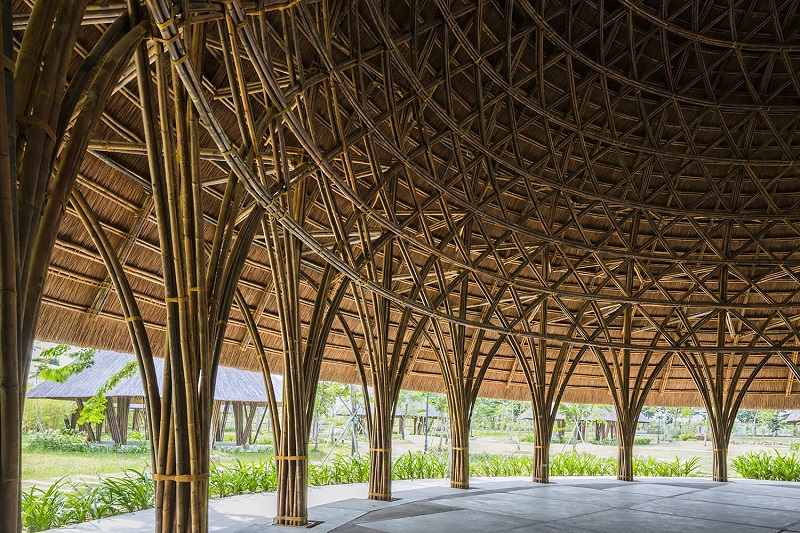 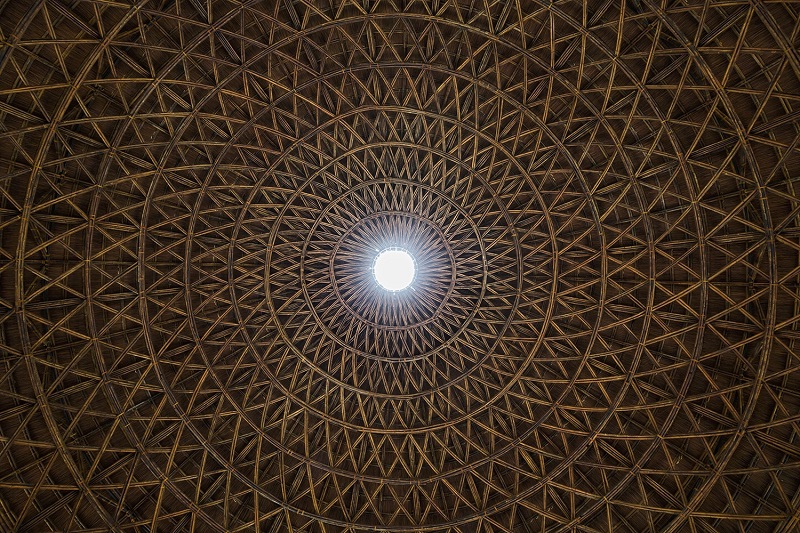 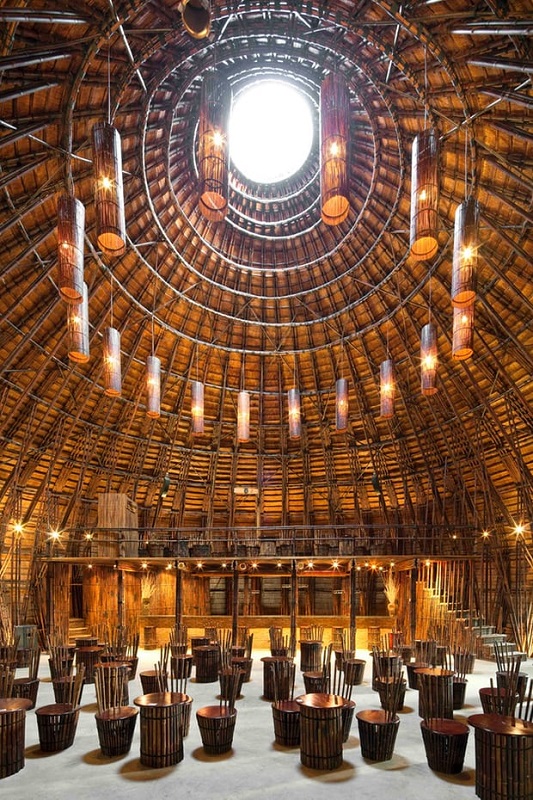 It can take up to 50 years to harvest hardwood and approximately 25 years for softwood lumber. The time it takes to harvest bamboo, on the other hand, usually falls within the three-to-six-year range. Treated by soaking, fumigation, the application of borax salt, or lacquering, it is an extremely effective material with a higher compressive strength than that of concrete and a tensile strength almost equal to that of steel. But as economical, light, sustainable, and readily available as bamboo may be, it is unfortunately still seen as only fitting for rudimentary architectural projects. Will it ever become a widely used construction material, or will it only be used for interior design elements and furniture pieces?

As the 2016 (and first-ever) International Bamboo Architecture Biennale showed, bamboo can be used in all kinds of things, including exterior sheathing, structural spines, interior screens, ventilation systems, canopies, stairs, ceilings, floors, and walls. Thanks to competitions, courses, and groups like the World Bamboo Organization and UNHabitat, bamboo’s popularity has grown in certain parts of the globe, such as Asia and South America. 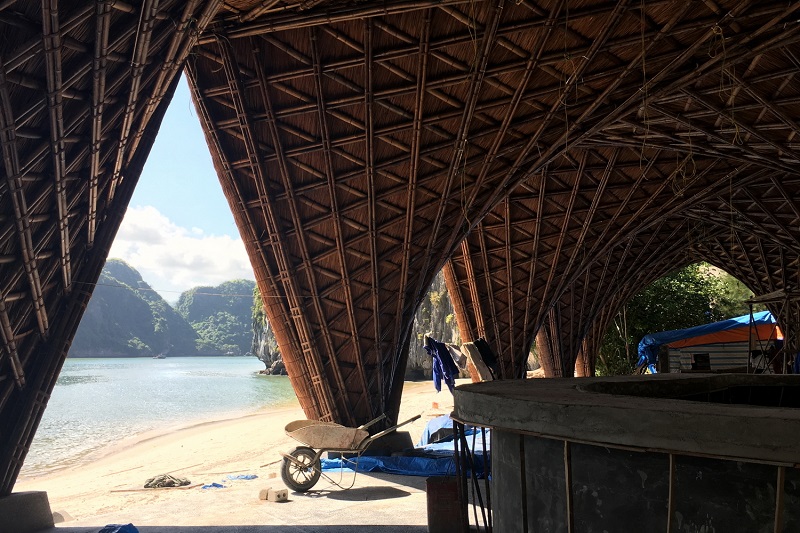 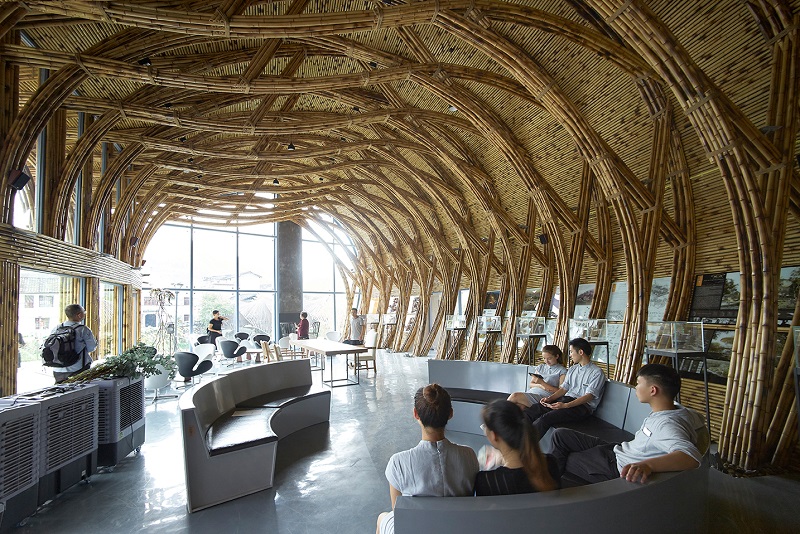 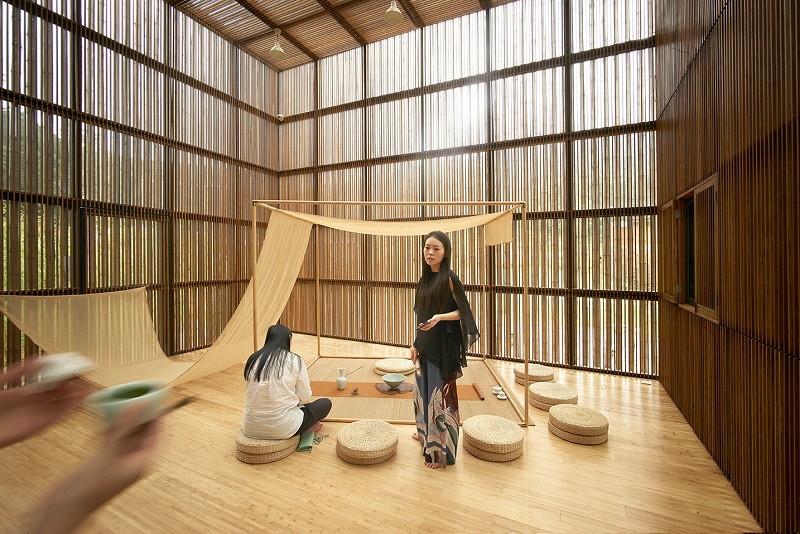 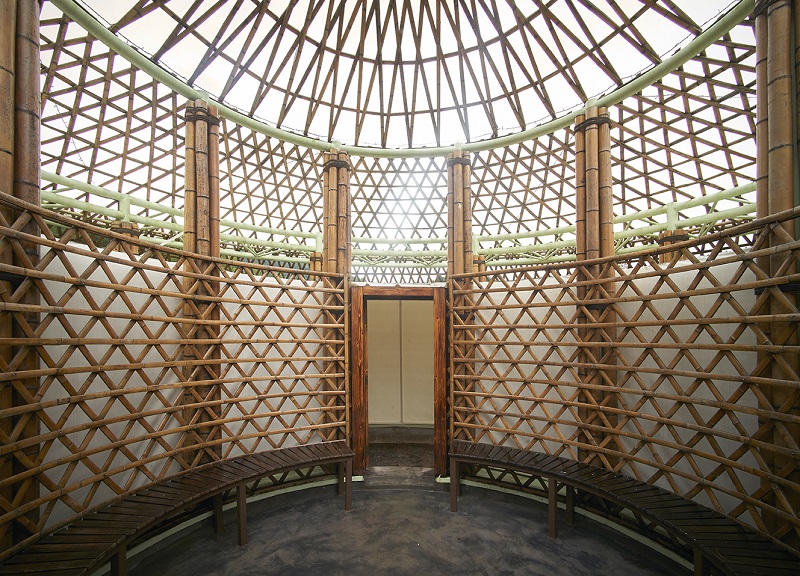 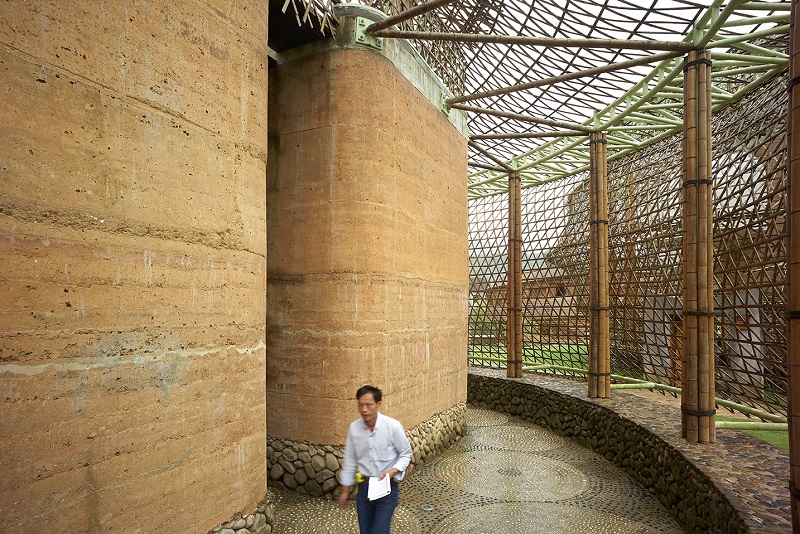 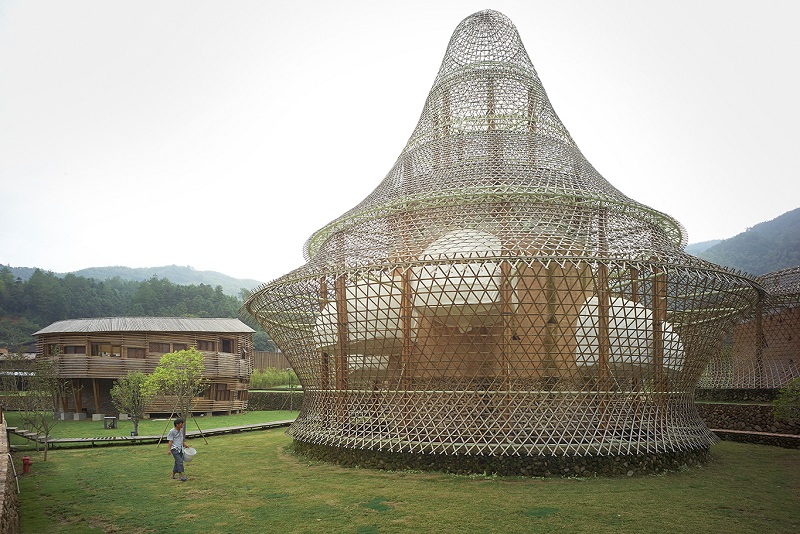 Of course, the firm that really seems to be paving the way for bamboo is VTN Architects. Based in Ho Chi Minh City, the team has developed an extensive portfolio of bamboo architecture, particularly in Vietnam. At Hay Hay Restaurant and Bar and Naman Retreat in Da Nang, bamboo has been assembled to form columns that appear to have grown in place to support the rooftops. IBUKU’s bridge and kindergarten classroom at Green School, both located in Bali, and Chiangmai Life Construction’s Bamboo Sports Hall for the Panyaden International School in Thailand are just a few other examples of how beautiful bamboo structures can be. 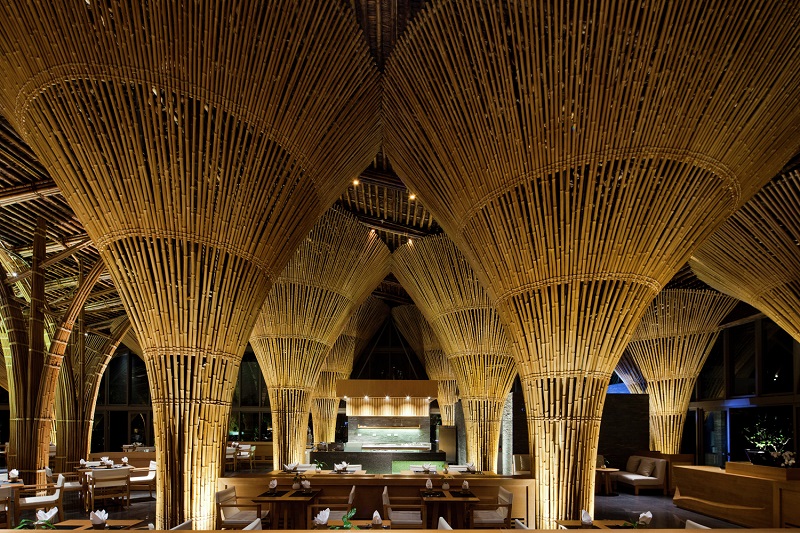 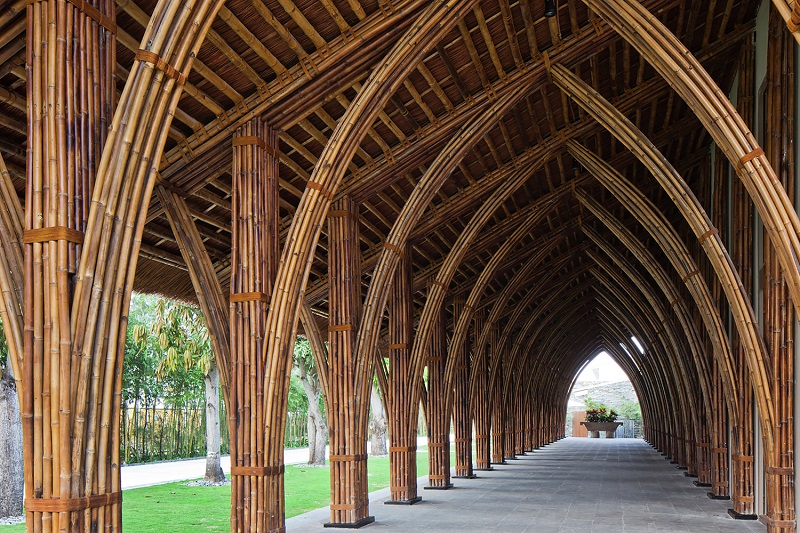 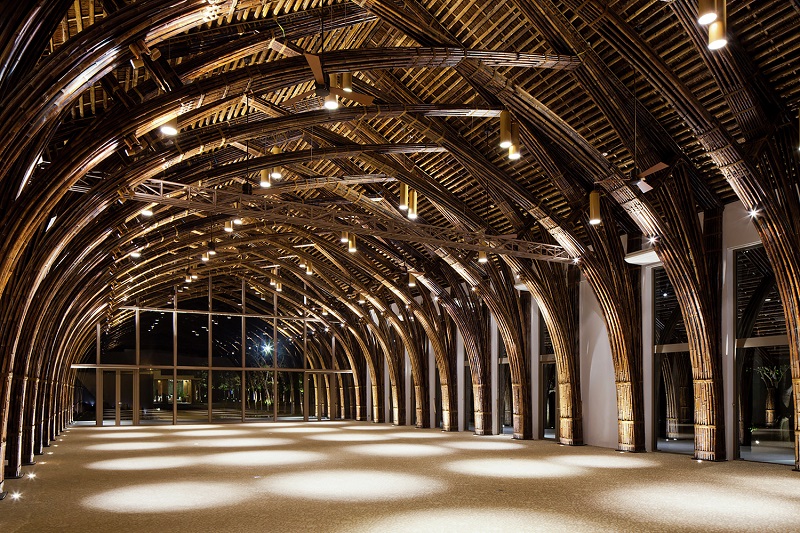 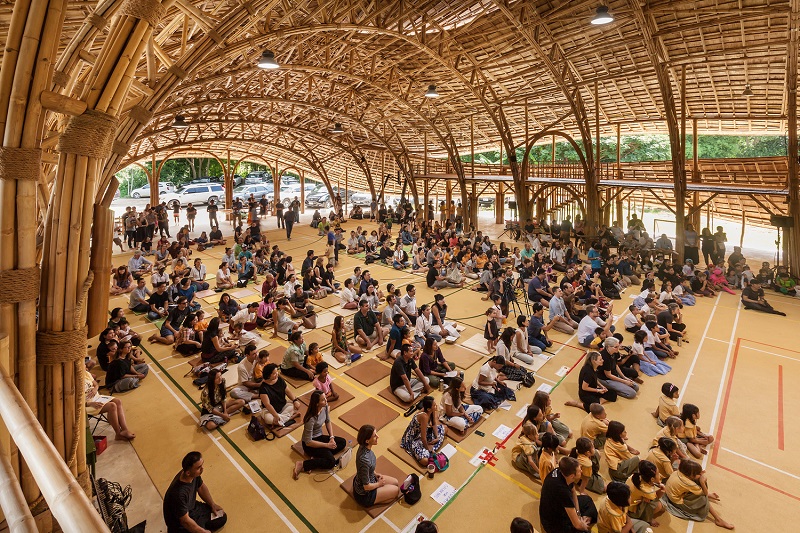 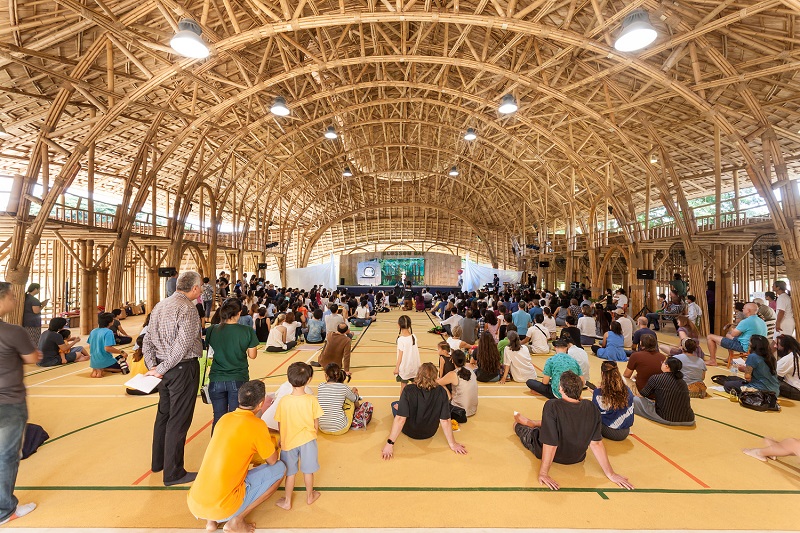 Beyond temporary structures and rational huts, bamboo forms an architecture of arches, domes, alcoves, and vaults. Despite this flexibility, it still has a long way to go before it’s accepted as a building material on par with lumber, concrete, and steel. What bamboo projects in Asia and other tropical countries reveal is an extremely fast means of construction, even on large scales, and that a seemingly-primitive material used in stylish and sophisticated ways can really make people appreciate the architecture around them. 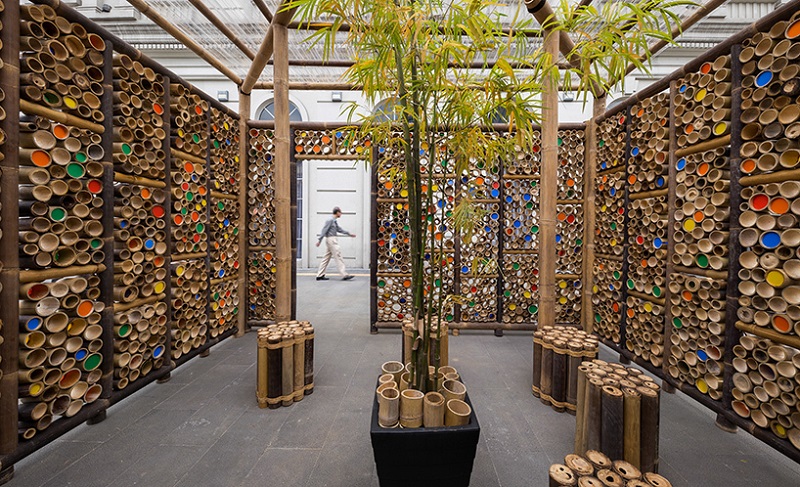 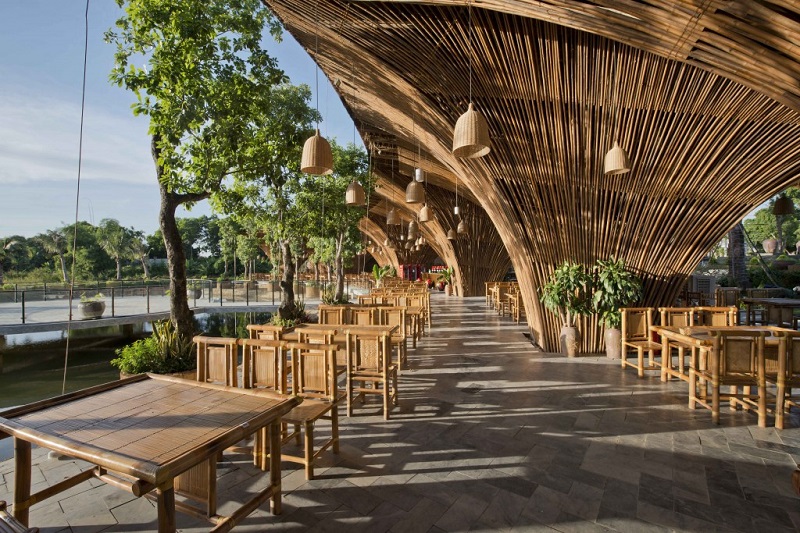