Those prone to seasickness usually miss out on the experience of seeing the horizon from the prow of a ship, but Atelier Marko Brajovic has brought that view to dry land with a new cabin in Brazil. Casa Prao, or “Bow House,” mimics a seafaring vibe by jutting one corner of its triangular form over a private beach. The architects drew inspiration from Buckminster Fuller’s fascination with the tetrahedron, a four-sided pyramid, to give this tiny elevated cabin a sense of geometric order. 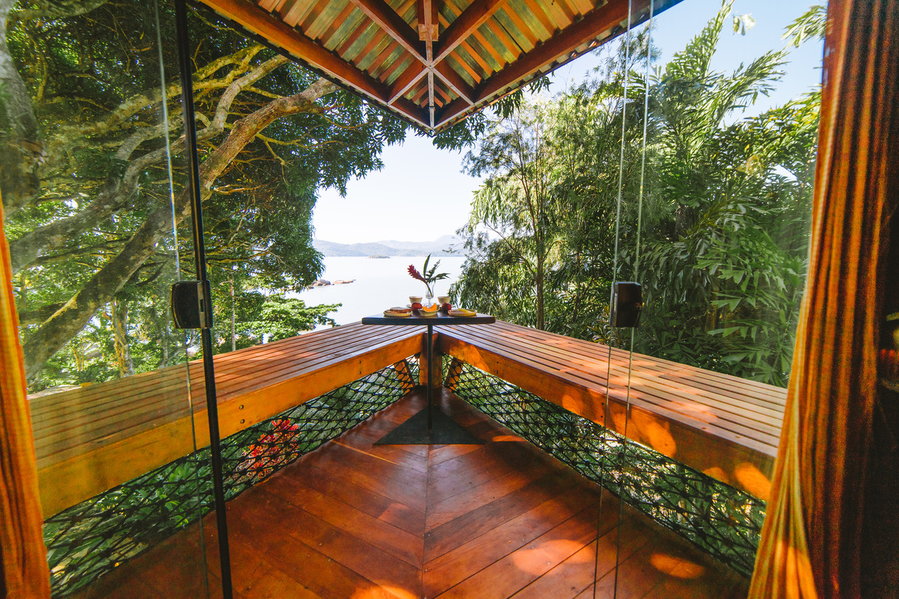 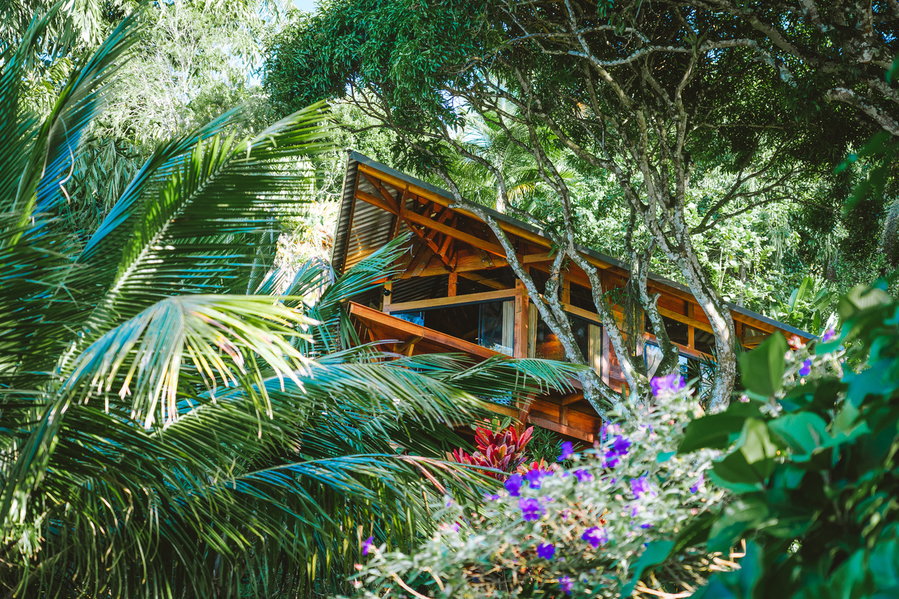 As Buckminster Fuller himself explained, the tetrahedron represents “the minimum system of the Universe, and it turned out to be, then, omni-triangulated and we found that structures are always triangulated. Structure meant triangle and triangle meant structure, there were no other stable polygons. Therefore, the tetrahedron turned out to be the minimum structural system of the Universe.” 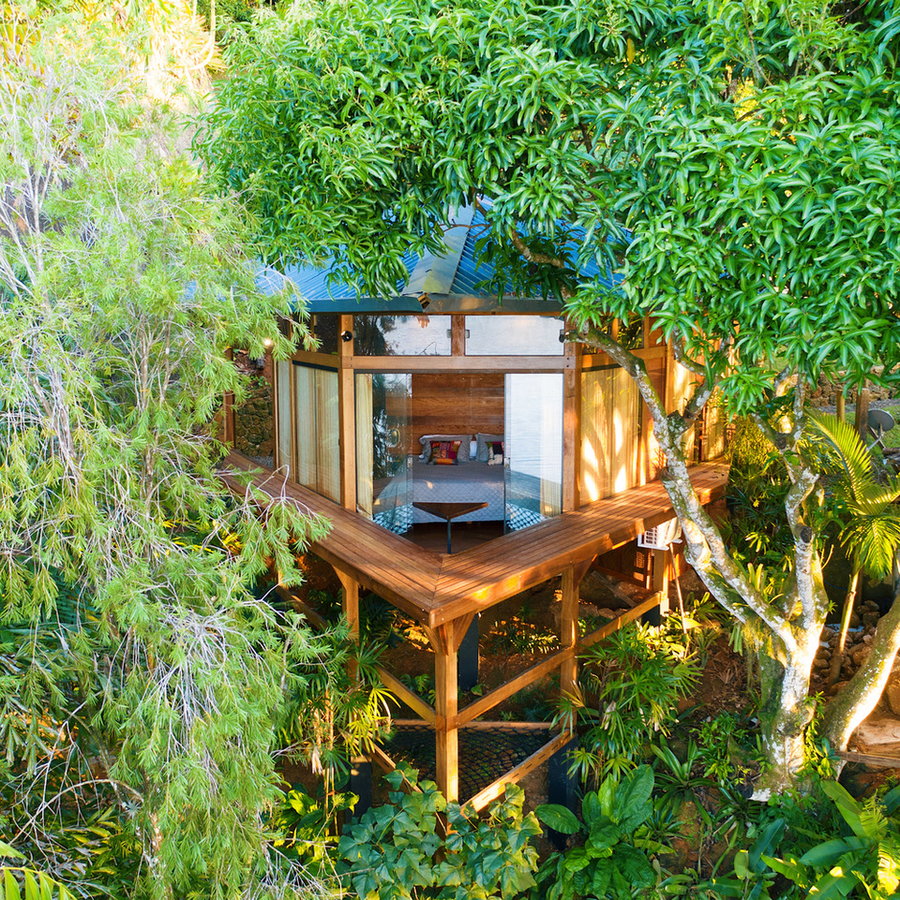 The tetrahedron is Fuller’s model of the simplest three-dimensional geometric system that can be used as the basis for other shapes, like his famous geodesic domes. He called this “cosmic logic of the structural mathematics strategies of nature,” which he spent much of his life studying and defining under the name “Synergetics.” In the case of Bow House, the tetrahedron helps to create a stable base for the cabin, takes full advantage of the small plot of land, and gives it an interesting silhouette. 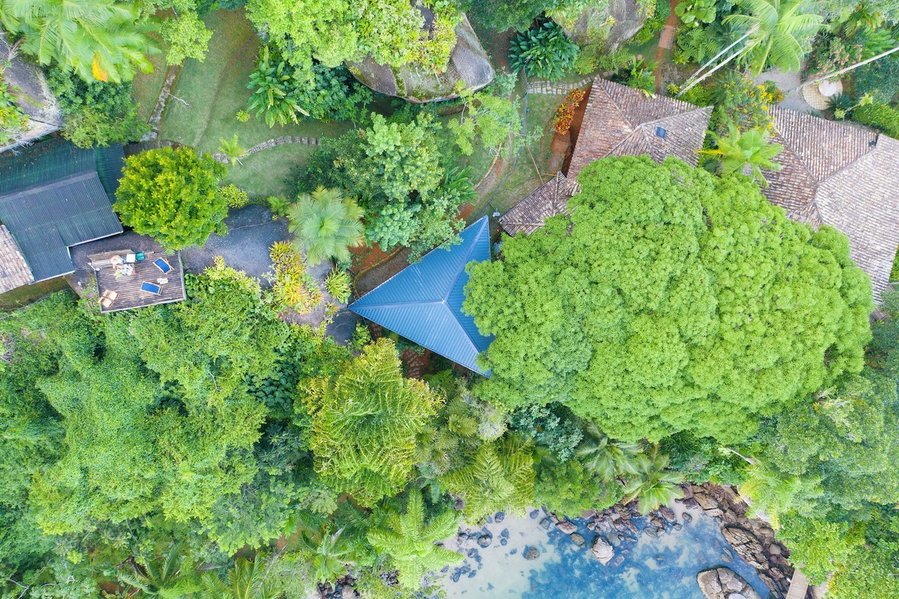 “Casa Proa (Bow House in portugues) was designed by Atelier Marko Brajovic by a creative process inspired in triangular modulations on different scales and a tree house typology,” the architects say. “The 6x6x6 meters of equilateral triangular volume was installed at Praia do Rosa beach in Paraty (Brazil), located between a Mango tree, the traditional colonial house, and a major rock on steep waterfront terrain. The triangular geometry redundancy on the floor plan and section, as well on the tetrahedron roof system, promotes both structural and perceptive strategy. The architecture organizes a compact living space modulated in further sub-triangles and creates a visual pattern as much in the space and finishings.” 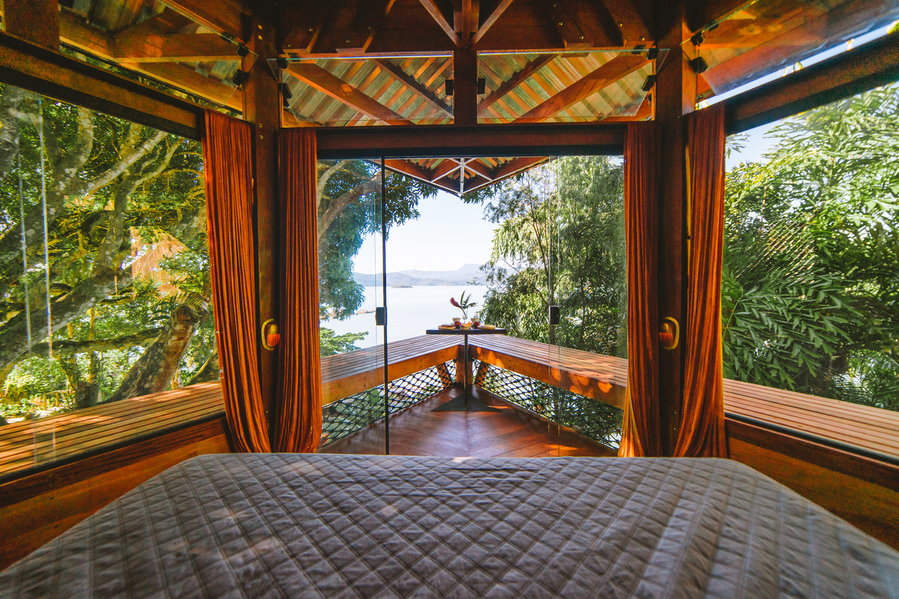 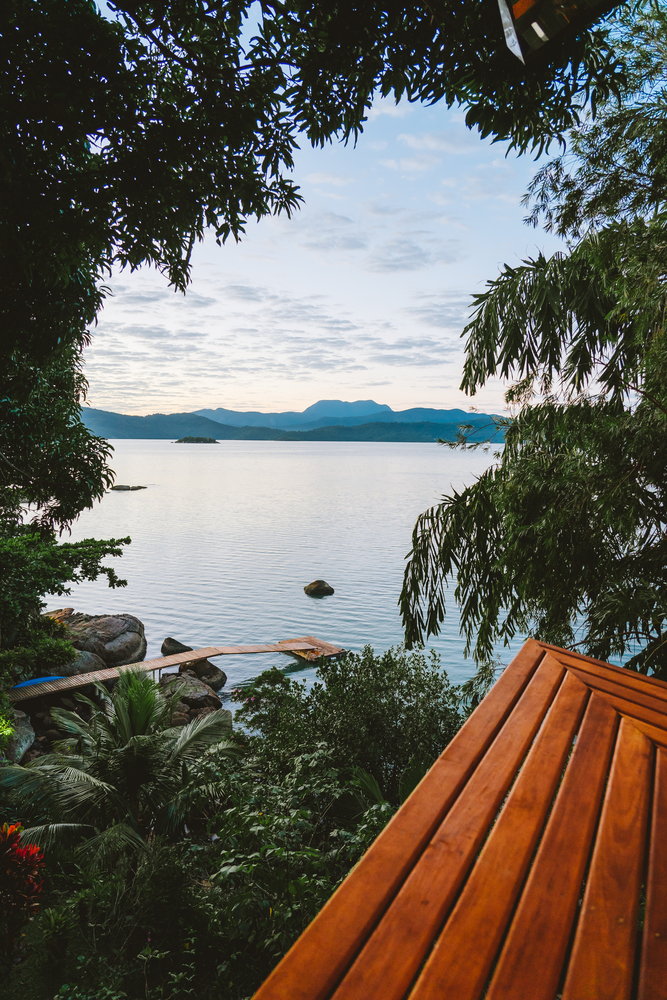 The architects also drew inspiration from traditional South American treehouses in designing this dreamy beach retreat. Though the cabin is on stilts rather than getting its load-bearing support from the surrounding trees, its perch on the slope just above vegetation like tropical flowers and palm trees creates a similar effect.

The main sleeping room is in the center of the cabin, looking straight out from the “prow” toward the ocean. The kitchen is tucked behind it, and in the two triangle points on either side are an entrance and a bathroom. The edge of the wraparound terrace serves as one big bench, so you can sit anywhere you like and look out at the forest, the water, or the hills on the other side. 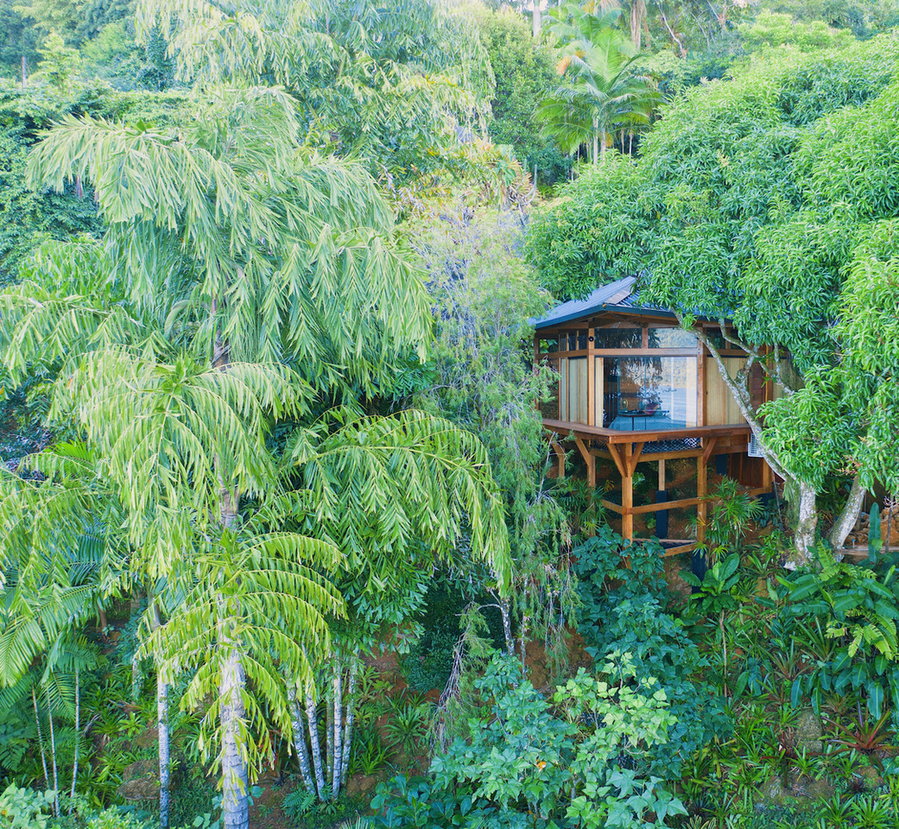 Furniture custom-designed specifically for Bow House fills the interiors, including curtains made out of local shrimp fishing nets and wall lamps made of traditional bronze boat drains. It’s details like these that make it feel like a one of a kind getaway infused with the flavor of its unique Costa Verde location.