While it may seem like something straight out of Dr. Frankenstein’s lab, scientists at Rice University are putting a modern spin on reanimating the dead. More specifically, they’re creating zombie spider robots. With a recently published study in the Advanced Sciences journal, a Rice engineer and graduate student explained why the group seemingly brought deceased arachnids back to life. 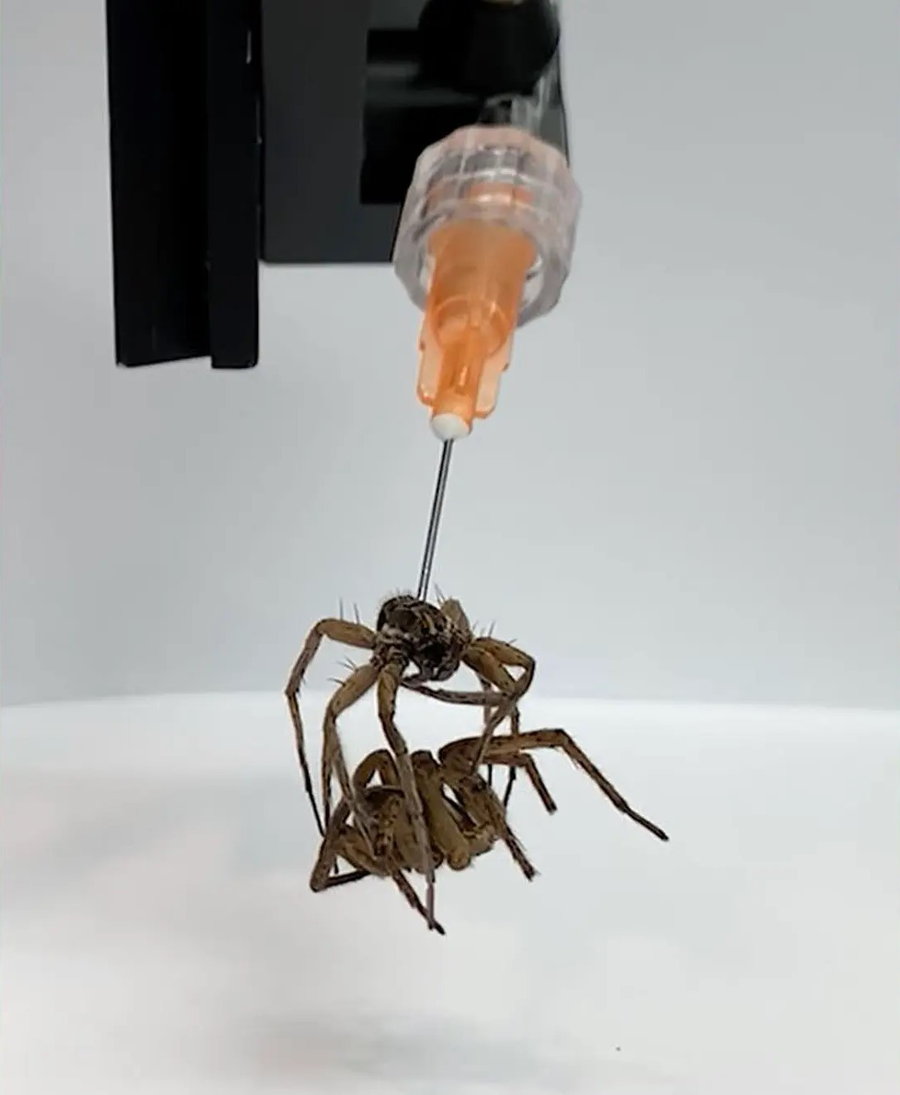 “It happens to be the case that the spider — after it’s deceased — is the perfect architecture for small-scale, naturally derived grippers,” says Daniel Preston, an engineer with Rice’s George R. Brown School of Engineering. The macabre idea came to Preston and Rice graduate student Faye Yap when they encountered one of the eight-legged creatures in their lab post-mortem. 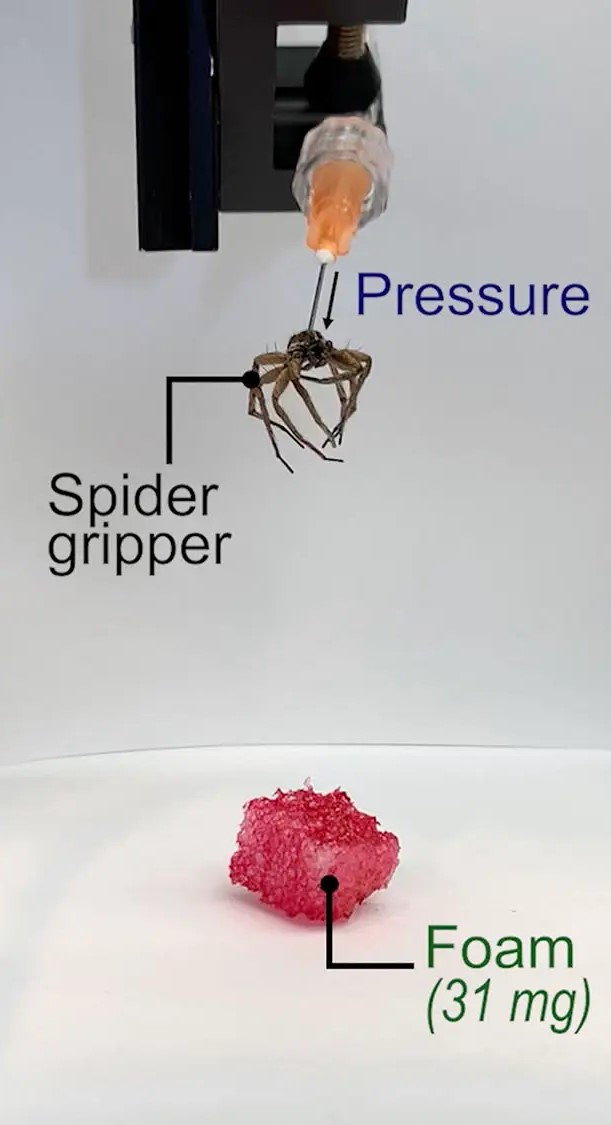 “We were moving stuff around in the lab and we noticed a curled-up spider at the edge of the hallway,” says Yap. “We were really curious as to why spiders curl up after they die.”

They quickly realized that, unlike antagonistic human muscles like biceps and triceps, spiders only have flexor muscles, which allow their legs to curl in. They must be extended outward by hydraulic pressure. 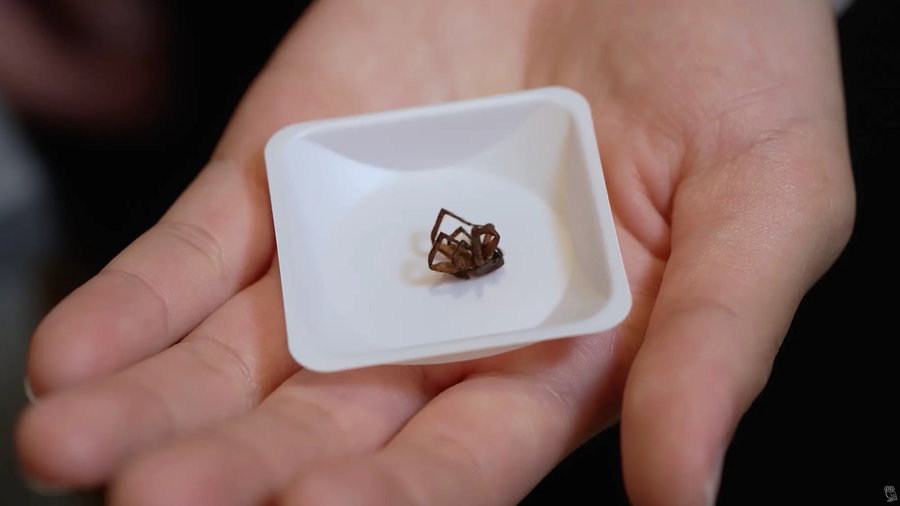 “When they die, they lose the ability to actively pressurize their bodies. That’s why they curl up,” Yap adds. “At the time, we were thinking, ‘Oh, this is super interesting.’ We wanted to find a way to leverage this mechanism.”

He eventually harnessed that power by supergluing a needle into the hydraulic chamber, or prosoma, of a wolf spider carcass. They then connected the other end of the needle to a handheld syringe. When they injected a shot of air into the “necrobot’s” legs, they unfurled instantaneously, and then re-curled when the pressure was relieved. The legs can also be individually controlled thanks to the internal valves in the spider prosoma.

Yap notes “When we did it, it worked … right off the bat. I don’t even know how to describe it — that moment when you see it move.”

The scientists were able to control the zombie spiders to turn on and off a light switch and even pick up other dead spiders. And the necrobots repeated the tasks hundreds of times without decay. 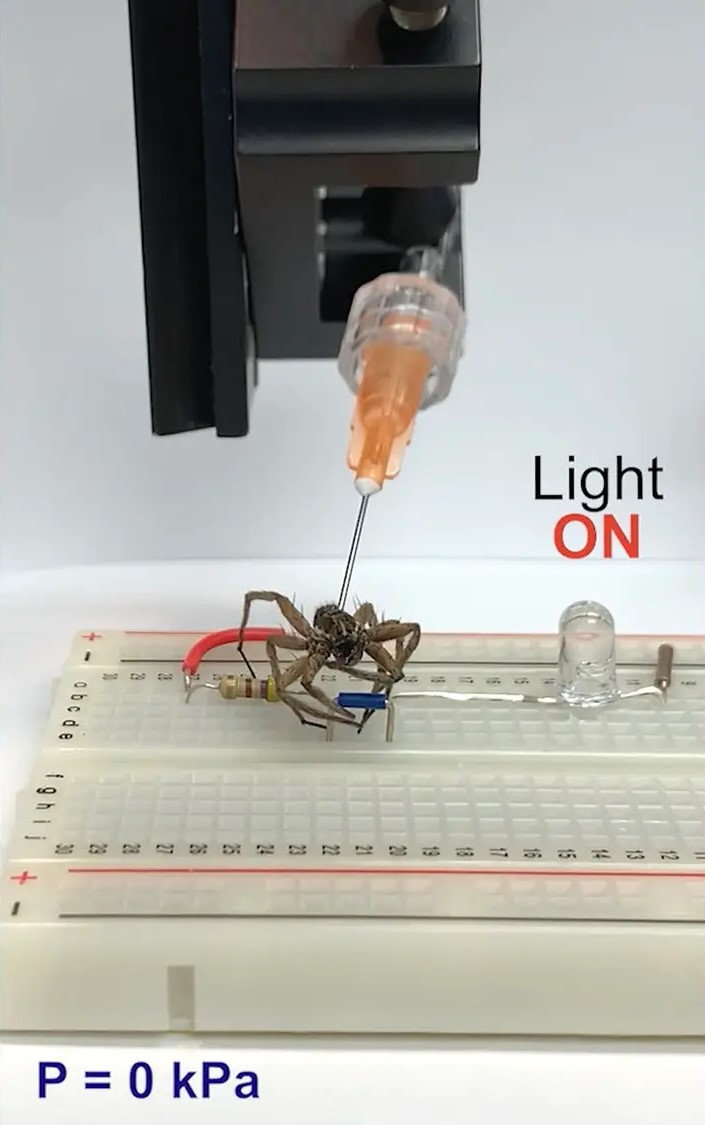 “It starts to experience some wear and tear as we got close to 1,000 cycles,” says Preston. “We think that’s related to issues with dehydration of the joints. We think we can overcome that by applying polymeric coatings.”

Preston and Yap are excited about the implications these spider robots could have on the world. Preston says “There are a lot of pick-and-place tasks we could look into, repetitive tasks like sorting or moving objects around at these small scales, and maybe even things like assembly of microelectronics.” 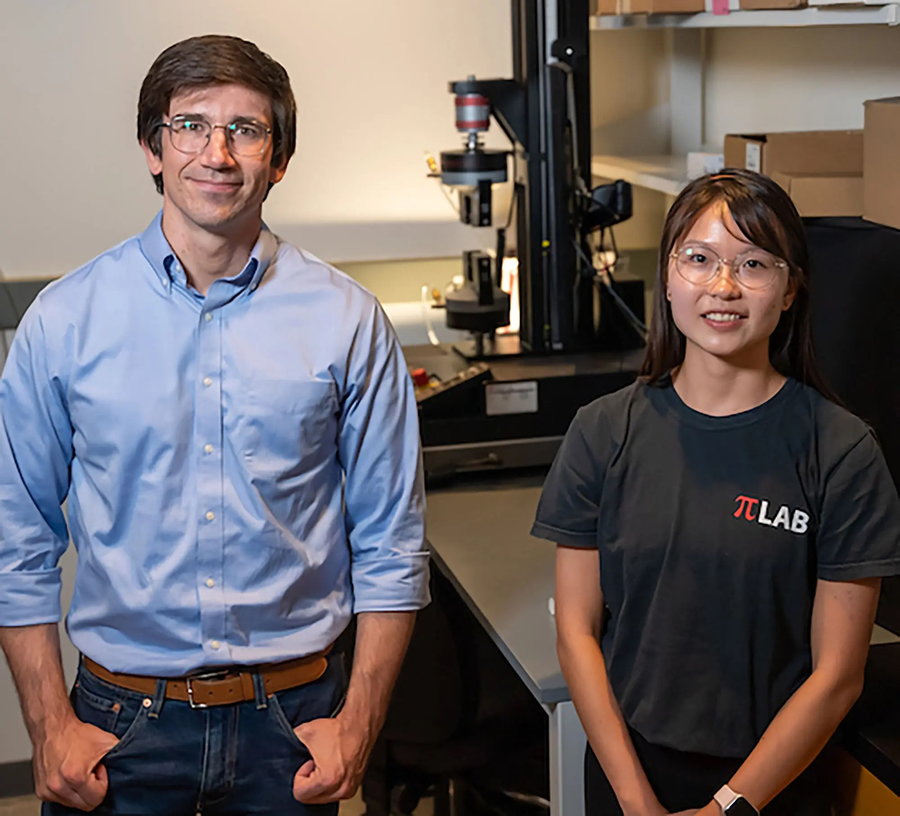 “Another application could be deploying it to capture smaller insects in nature because it’s inherently camouflaged,” adds Yap. And as a final bonus, these necrobots are “biodegradable.” Preston explains “We’re not introducing a big waste stream, which can be a problem with more traditional components.”

https://www.youtube.com/watch?v=1JOS6hMHIUM
Arachnophiles — and anyone else fascinated by the idea of zombie spiders — can watch a video of their work here.