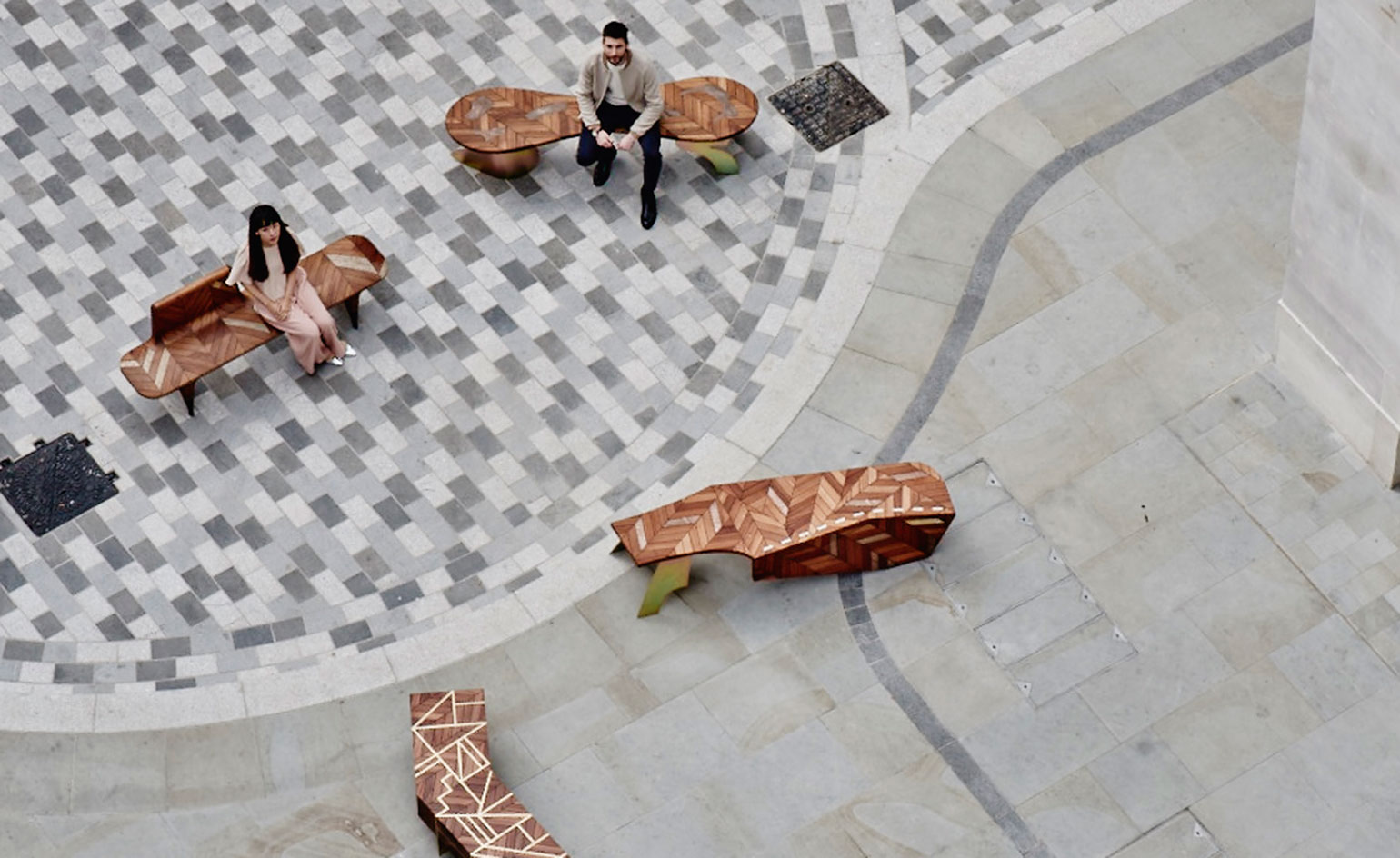 Imagine wandering around London’s iconic St. James Market looking for a place to rest for a moment. You spot an alluring wooden bench in a strange and exciting shape. It almost looks too fancy to be used by the public. Are you even allowed to sit here? You do, admiring the fine finish of the herringbone surface. It makes your shopping experience even more satisfying and memorable.

Multi award-winning design duo SWINE creates bespoke and individual artworks dedicated to the exploration of regional identity and set within the context of globalization. They also make films, some of which have won awards in Cannes and other international film festivals. Since setting up London-based SWINE (Super Wide Interdisciplinary New Explorers) in 2011, Japanese architect Azusa Murakami and British Artist Alexander Groves have toured the world exhibiting their works. 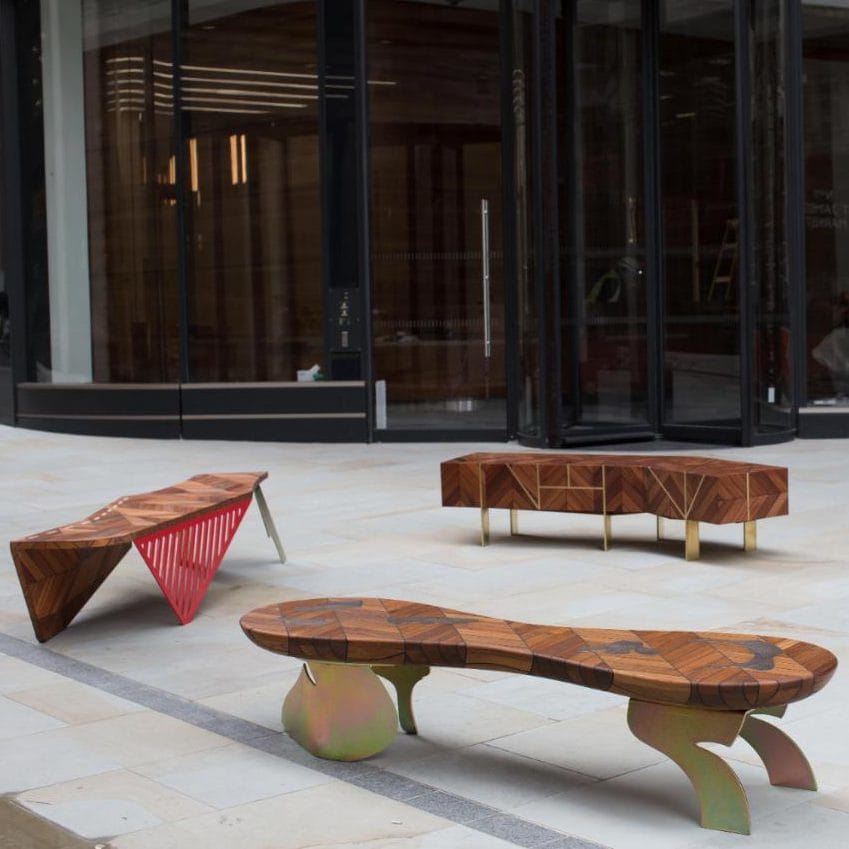 Over 100 exhibitions later, including within such iconic establishments as the Victoria & Albert Museum in London, the Museum of Art and Design in New York, the Venice Art Biennale and the Centre Georges Pompidou in Paris, the duo was invited to create an installation of public seating in St. James’s, London in 2016. 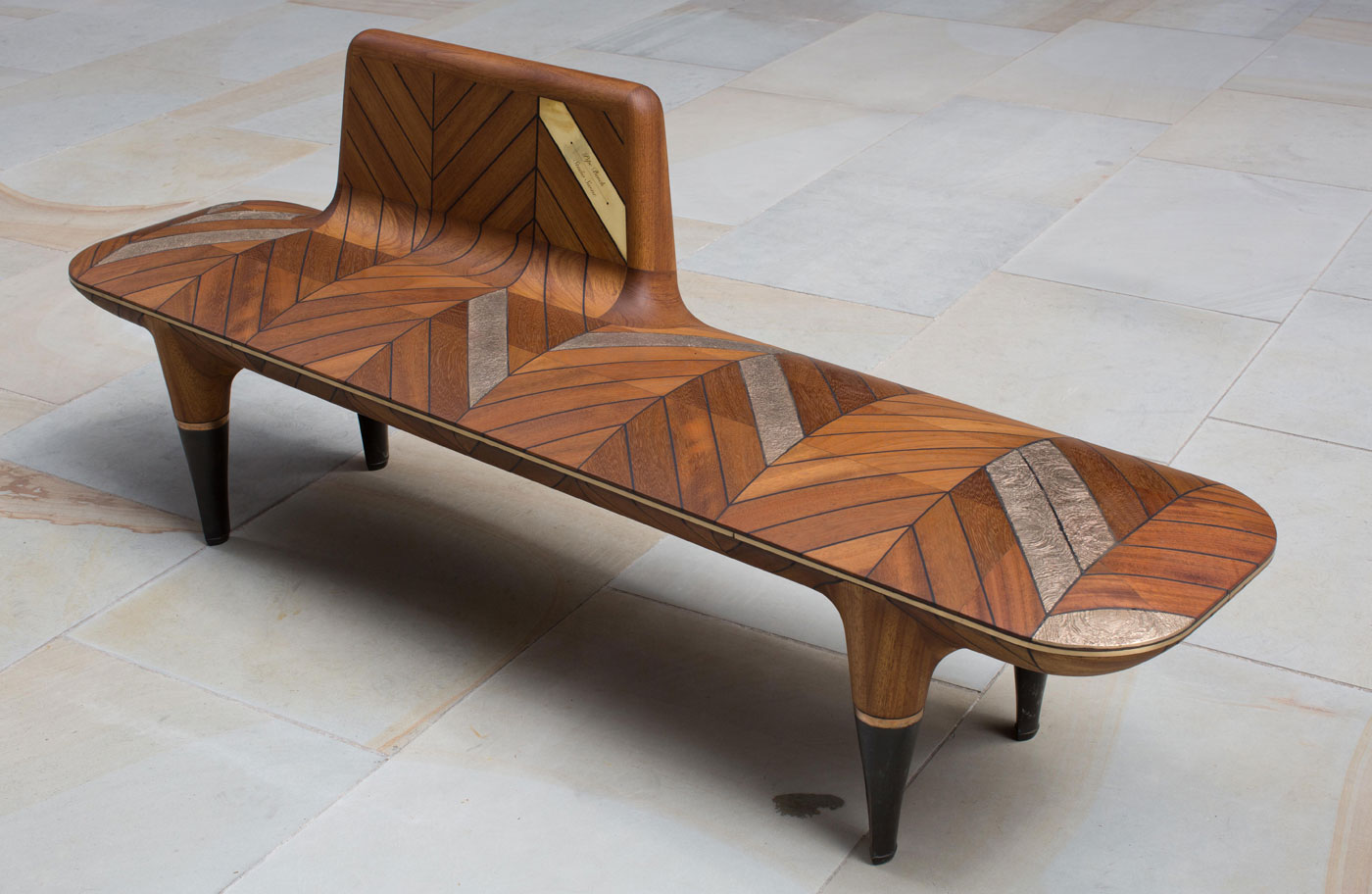 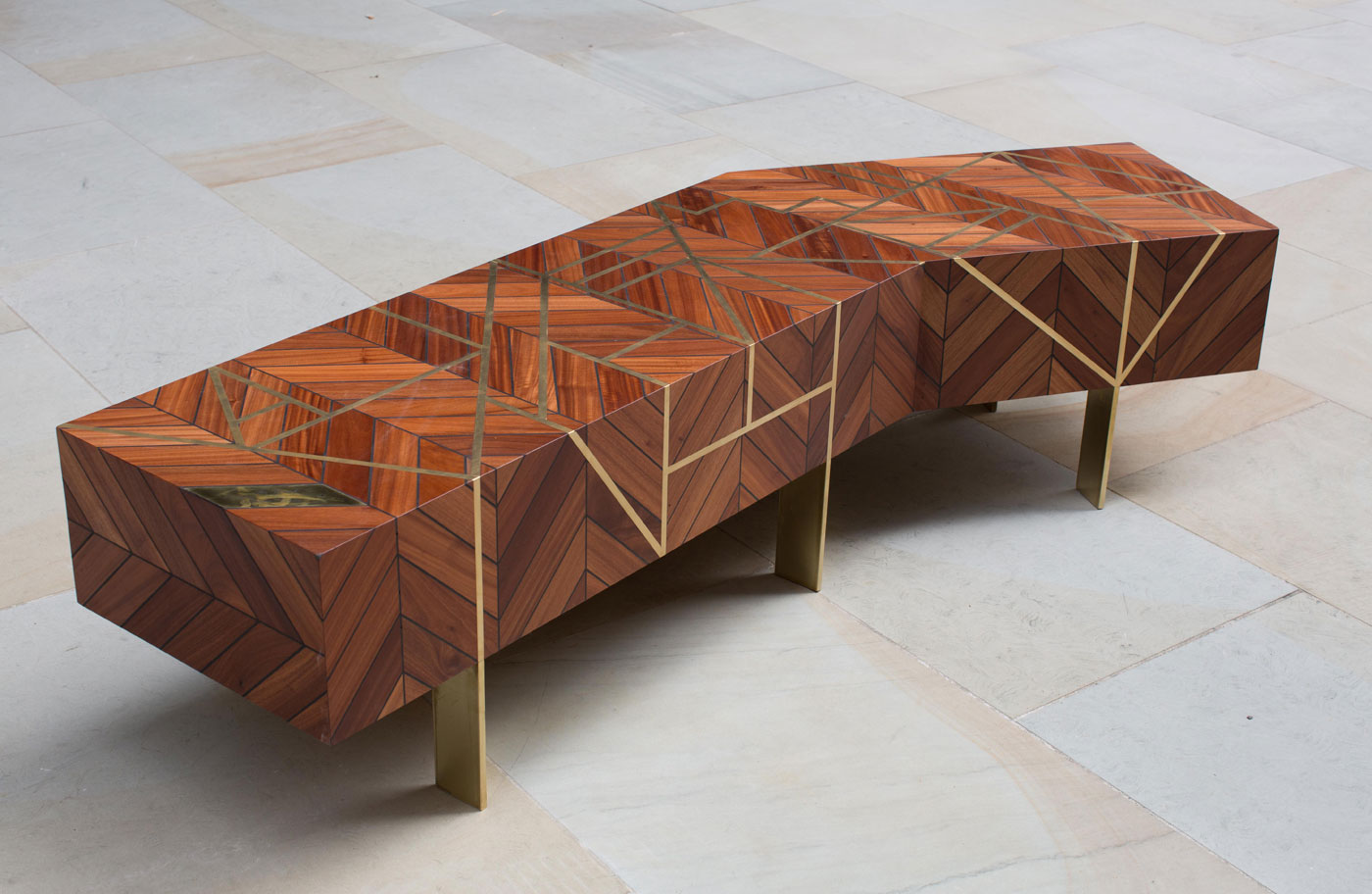 St. James is a historic area of London, housing many bespoke and traditional shops with a distinctly masculine flavor. In fact, world-famous tobacco business J.J. Fox still contains an armchair that Winston Churchill used to sit in to smoke his cigars. Shoe-making shop John Lobb even owns the wooden lasts used to make shoes for Queen Victoria.

True to their aim (as stated on their website), “SWINE’s work manifests a deep research into materials and modern industrialization,” and Murakami and Groves saw an opportunity to incorporate the craftsmanship and materials used by the area’s traditional artisans and retailers into their seating designs.

“We were amazed by how tangible the area’s history is,” said Alexander Groves. “It was incredibly stimulating brief because it was an invitation to explore the area and respond to it. It’s rare for public seating to be such a vehicle for narrative.” 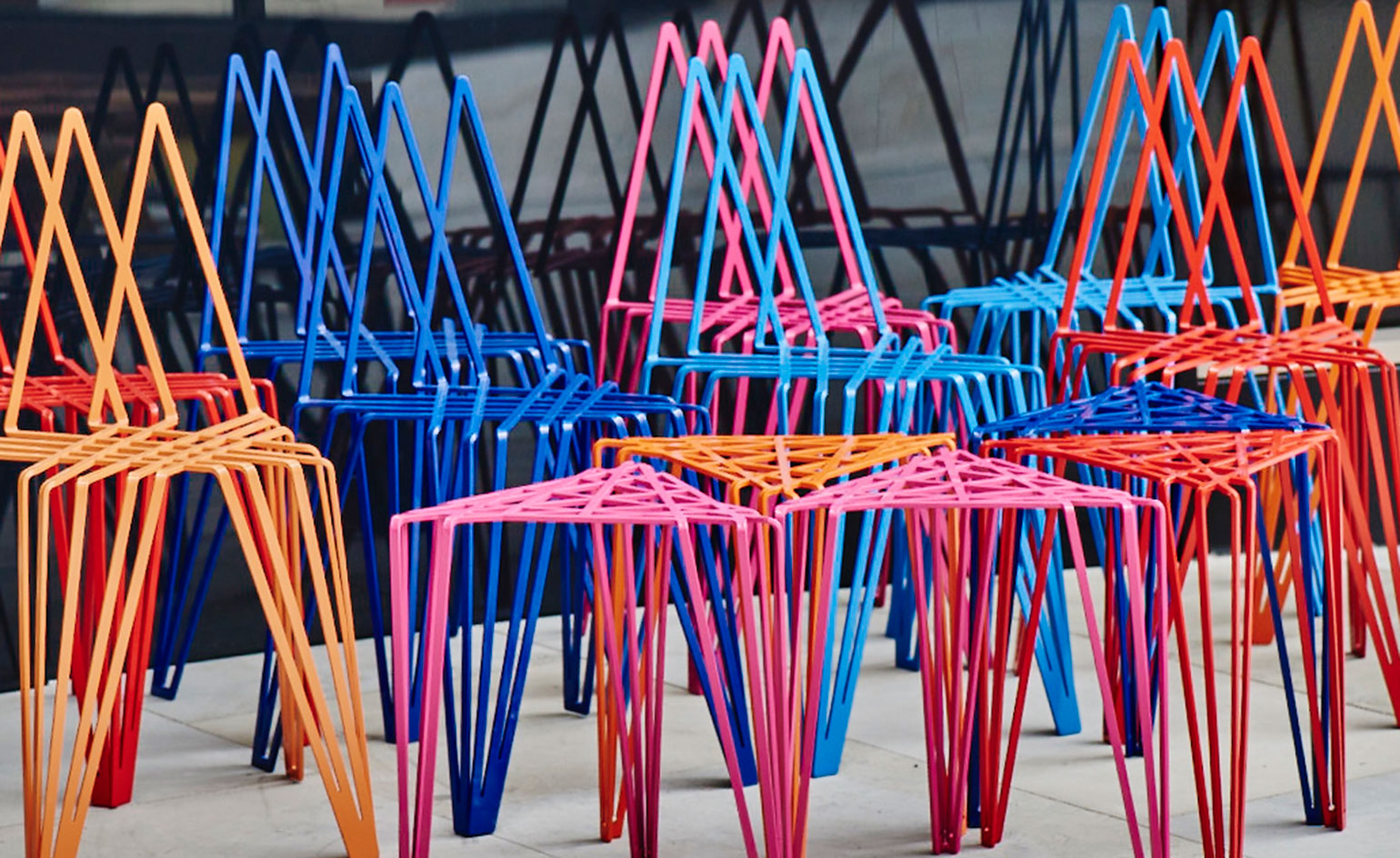 SWINE met the distinguished retailers at John Lobb, James J. Fox and Turnbull & Asser. John Lobb and Turnbull & Asser have been trading in St. James since the late 1800s, and J.J. Fox has sold tobacco and related products on the site for 225 years. SWINE’s benches have legs that reference the mouthpiece of a pipe. The bright, primary colored chairs are inspired by looms used to manufacture shirts and ties.

“As with all instances when an existing face of a city is changed, what comes next must do the area justice, both in its design and its respect for heritage. What’s to come is a narrative-driven program of public art aimed at celebrating the rich history of St. James’s Market,” according to the St. James’s website. 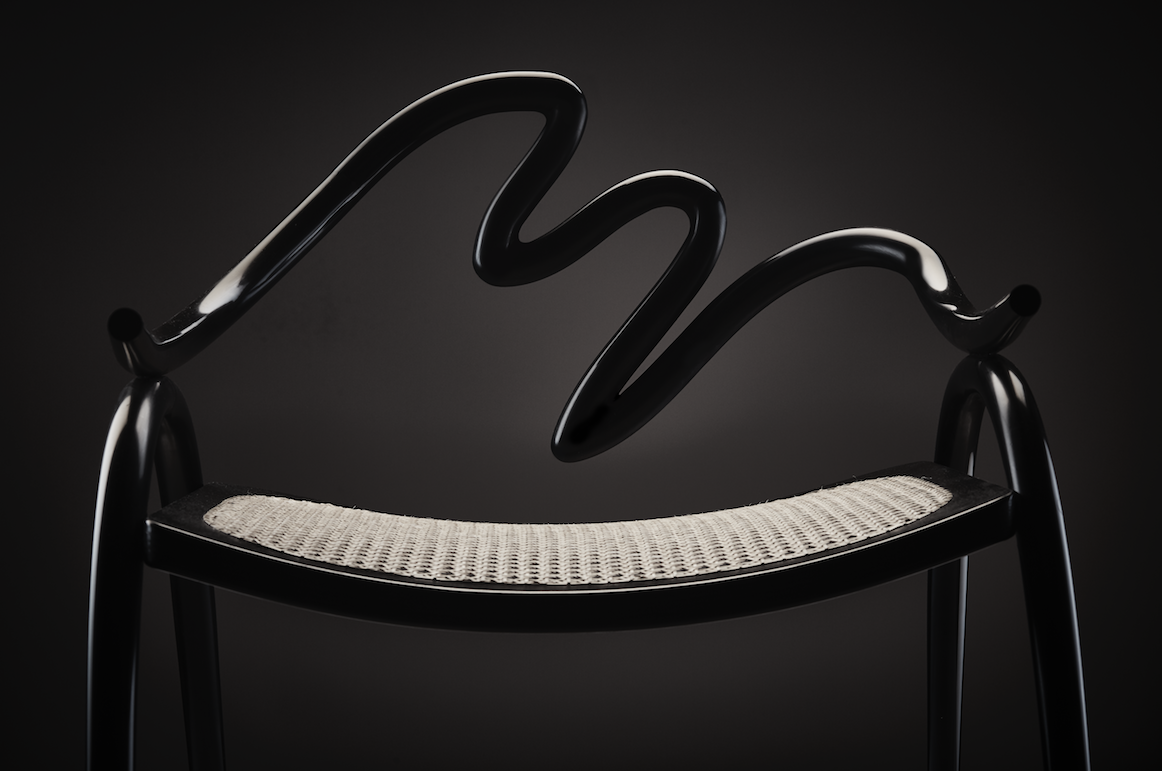 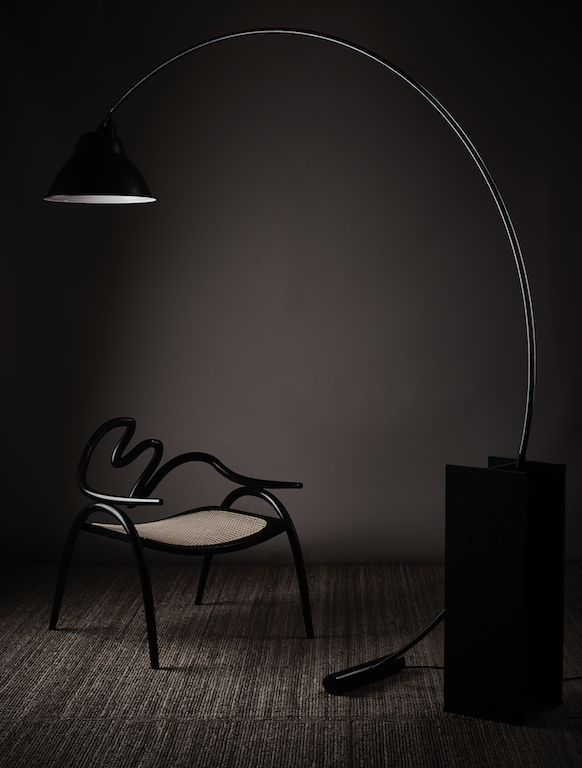 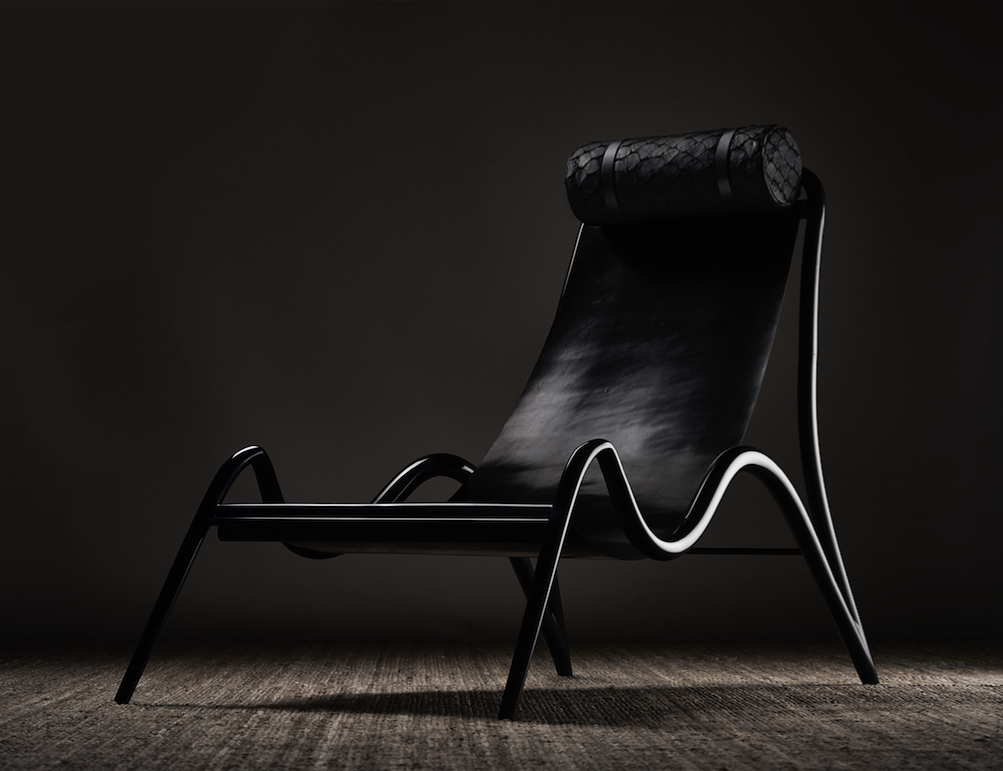 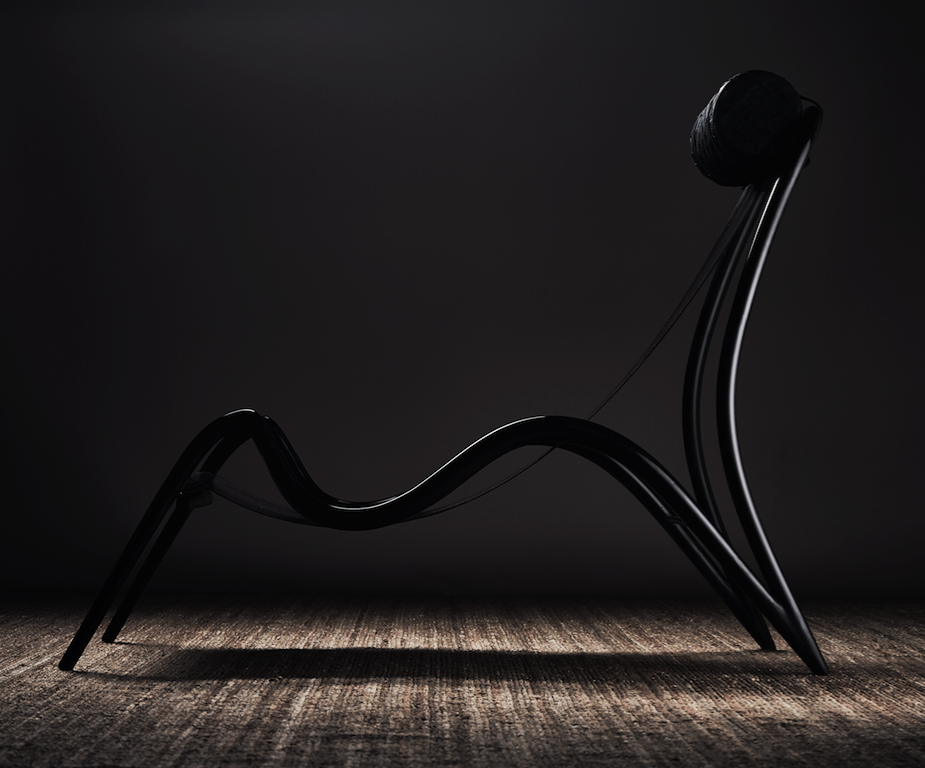 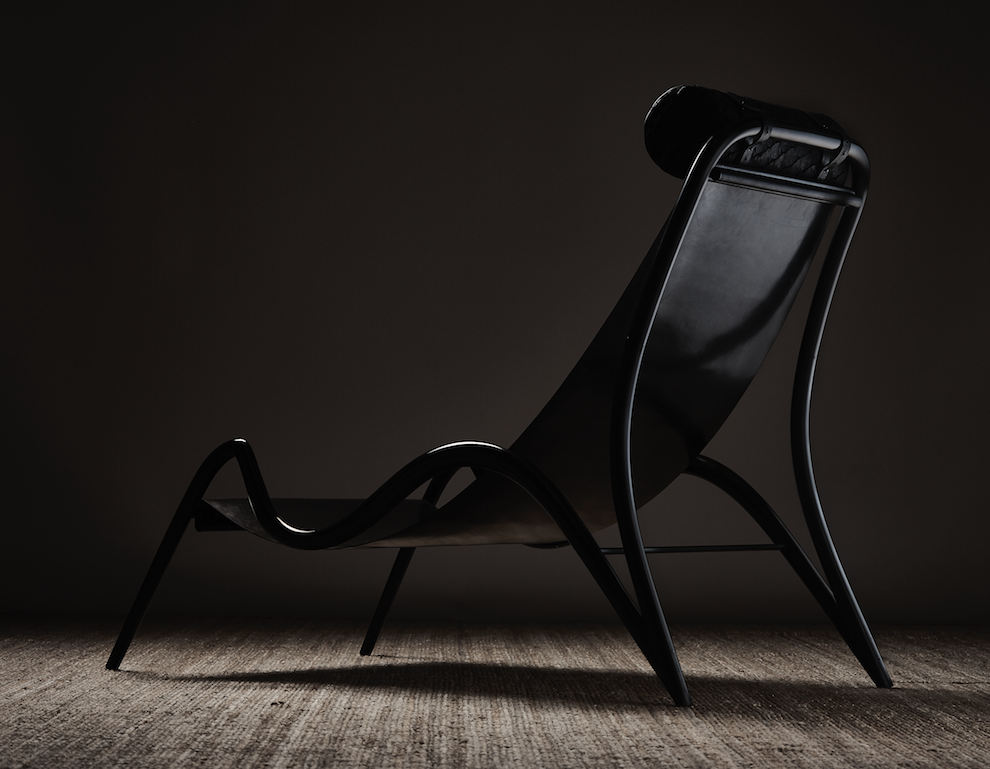 In 2016, Swine also created a furniture design collection made with hardened rubber and other sustainable materials, inspired by Fordlandia, a ghost town in the Amazon Rainforest. The town was built by American car manufacturer Henry Ford in the late 1920s so that he could have a constant supply of rubber for his massive automobile empire. The collection is influenced by nature, by industry and by the Tropical Modernist Movement of Brazil.