Sumitomo Forestry Co., Ltd. is currently in the process of planning its own birthday bash, and its means of celebration is shaping up to be quite a tall order. As a matter of fact, it’s the tallest order in the entire world. 2041 will mark the company’s 350-year anniversary, and to commemorate the occasion, it’s pairing up with architecture firm Nikken Sekkei to create a 350-meter-tall wooden high-rise. Once completed, “W350 Sumitomo” will be the tallest skyscraper of its kind. 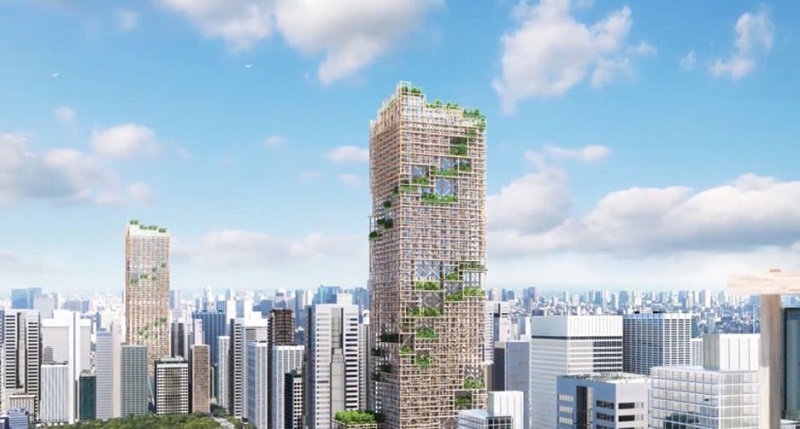 Though the structure will have to rely on some steel, 90 percent of its material palette will be wooden. To make such a feat possible, the architects are planning to use a braced tube structure, in which steel braces will be inserted diagonally into a network of columns and beams. These braces will give the building structural integrity and help it withstand natural forces like strong winds and earthquakes. 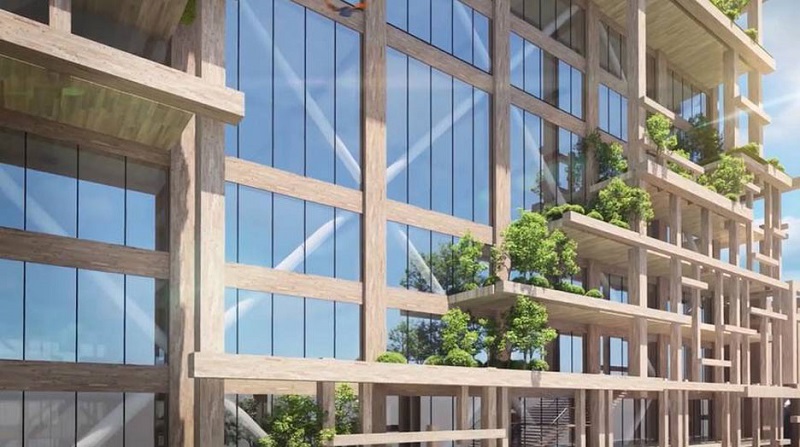 While multiple companies seem to be planning their own timber high-rises at the moment, Sumitomo’s goal is far from simple or common. For comparison, the tallest wooden tower in the world today, Vancouver’s Brock Commons, stands at just 53 meters tall. W350 Sumitomo plans to beat that height by almost 300 meters. On top of that, it’ll take up an estimated 185,000 cubic meters of space and cost a whopping ¥600 billion (approximately $5.65 billion) to produce. The building will house stores, offices, hotels, and private residences. Renderings show plentiful patios and a design that highlights the structure’s natural simplicity. 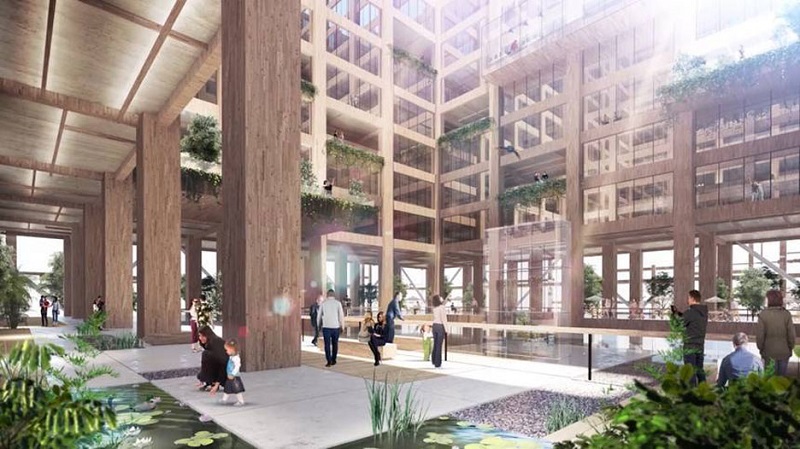 Of course, this skyscraper is not only being built to commemorate a corporate anniversary — it also hopes to change the way society views buildings in a time of environmental turmoil. Sumitomo’s mission is stated clearly in its proposal for the project: “Changing Cities into Forests: Creating Environmentally-Friendly and Timber-Utilizing Cities.” By relying mainly on wood for the construction, it almost feels like the designers are repurposing trees instead of destroying them. Just like these trees once provided food and shelter for woodland critters, they will now provide shelter for human beings in the form of this edifice. When all is said and done, the company hopes to “form a network that is linked to the biosphere of living creatures such as wild birds and insects, contributing to the biodiversity of cities.” 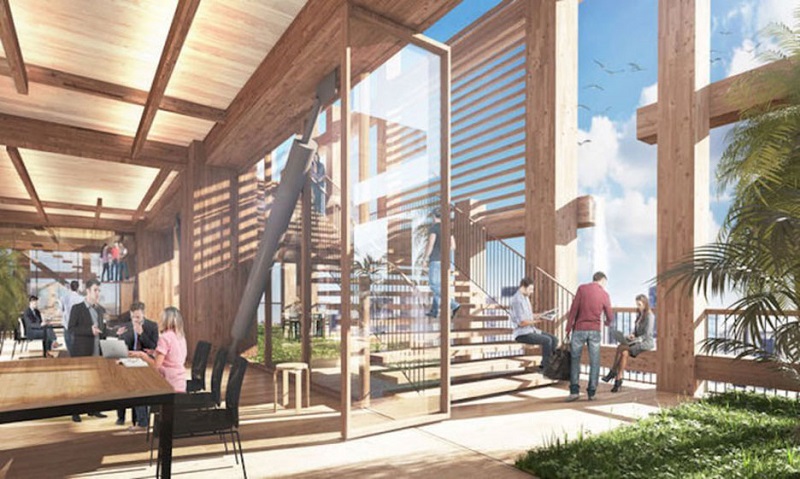 Critics of the company may pose a seemingly obvious argument: “how can cutting down the world’s forests help save the environment?” The answer, simply put, is that Sumitomo Forestry offers a wide scope of services. While it does supply timber, building materials, and housing, it also protects the environment by managing Japan’s reforestation efforts abroad. 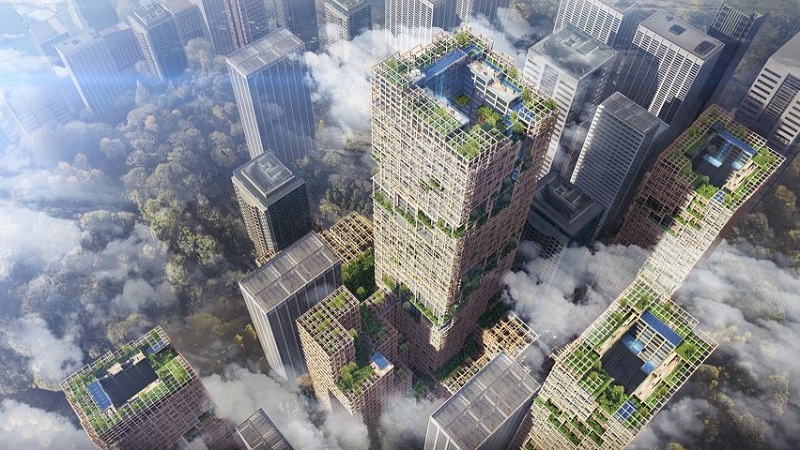 Surprisingly enough, changing the way timber is currently used in buildings can also help with reforestation. Forests make up just over two-thirds of all of Japan’s land, and they’re still growing. Unfortunately, this excess of greenery is not being properly maintained. Trees planted specifically for harvest, for instance, are no longer being collected or protected. In order to keep the forests healthy and the soil nutrient-rich, such trees must be cut down and replaced with seedlings. Thanks to projects like this one, the country’s timber output can finally catch up with the forest’s growth growth rate. This means that the local carbon dioxide absorption levels will aslo become more stable. If all goes according to plan, W350 Sumitomo will help reconnect city dwellers with their natural surroundings.