The world below the surface of the oceans is vast, mysterious, and heartbreakingly beautiful. It’s also at risk of utter destruction due to climate change, pollution, and overfishing. Experts say fish populations are already at dangerously low levels in some areas, and dying coral reefs have been known to have a domino effect on oceanic food chains. It pretty much goes without saying that we have to protect the dazzling and life-sustaining diversity of marine life at all costs. 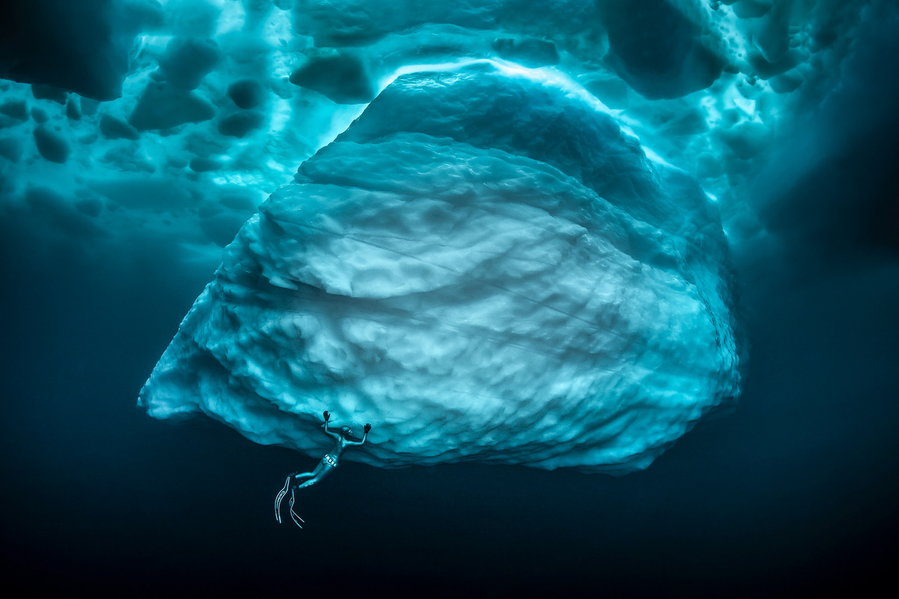 German photographer Tobias Friedrich calls attention to vulnerable underwater species through gorgeous images of underwater creatures, shipwrecks, and reefs. But some of his most recent images might be the most striking of all: those depicting icebergs from an angle we rarely see.

Friedrich recently took a trip to Greenland to dive beneath the surface, capturing what’s usually not visible beyond “the tip of the iceberg.” With mottled, textured surfaces that sometimes extend many meters into the deep, the icebergs almost seem alive, mimicking the presence of whales. He hopes these images will help raise awareness about the effects of global warming by encouraging us to reflect on the natural formations and what their loss could mean for our planet. 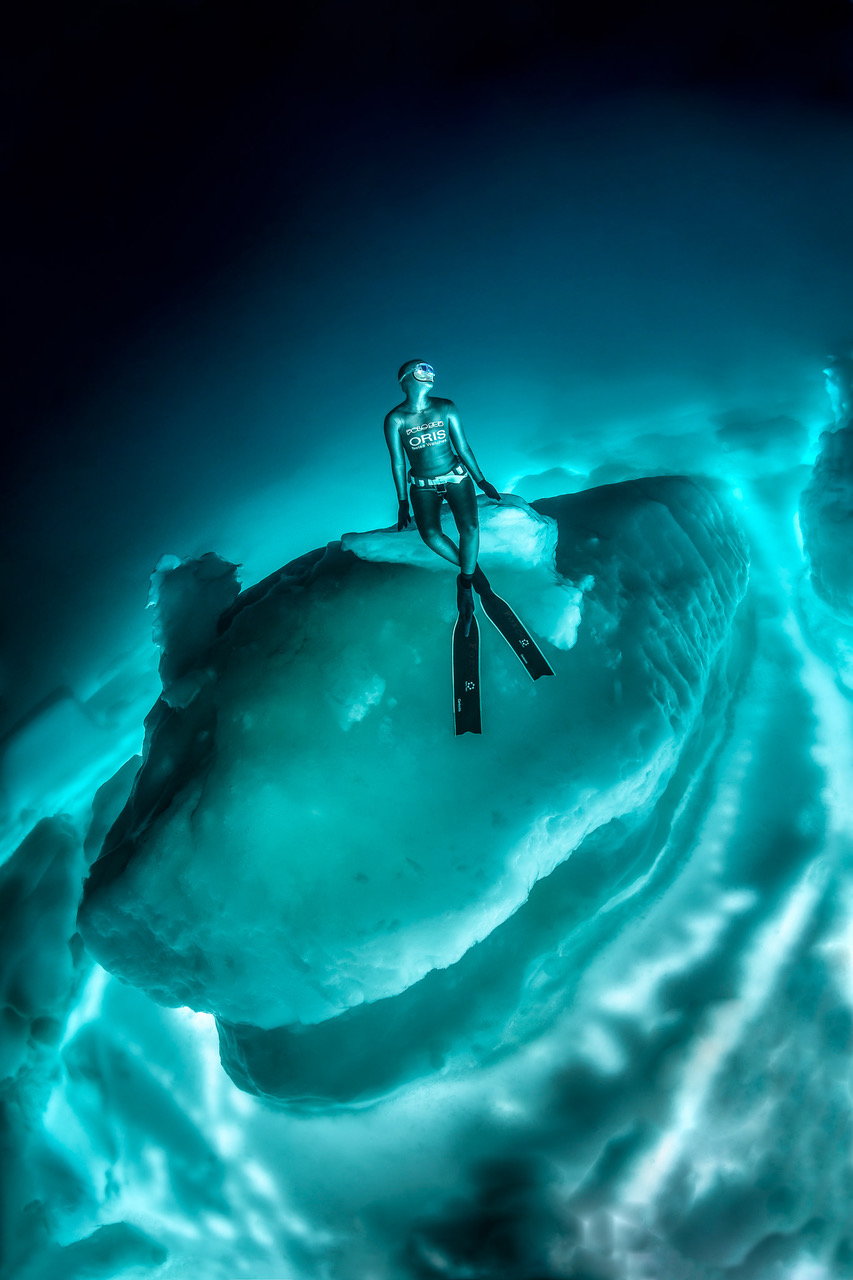 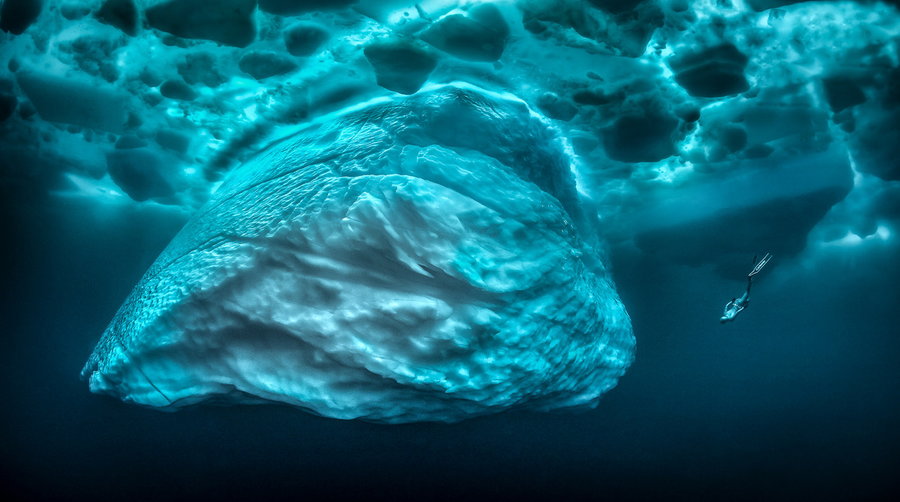 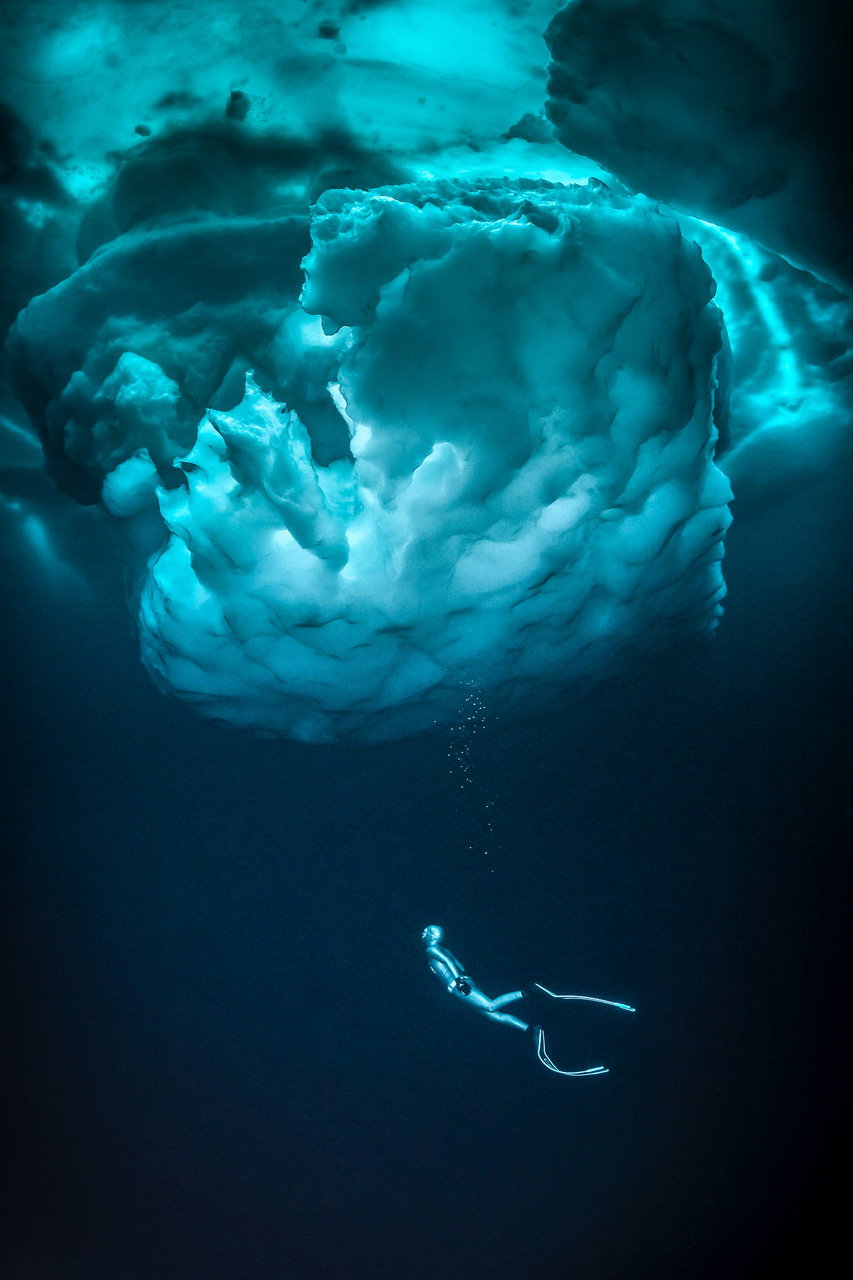 The photographer can be seen in many of the images, gazing up at the underwater portions of the icebergs in his scuba diving gear. Beside them, he looks as small as a single solitary fish. Some of the shots depict underwater landscapes that are almost alien in nature, while others place creatures like jellyfish in the foreground to remind us of their earthly context.

Some of the coolest shots are taken from right at the surface, so half the photo is underwater and half is above. In other cases, Friedrich even had to drill a hole in the ice in order to get beneath the massive icebergs. 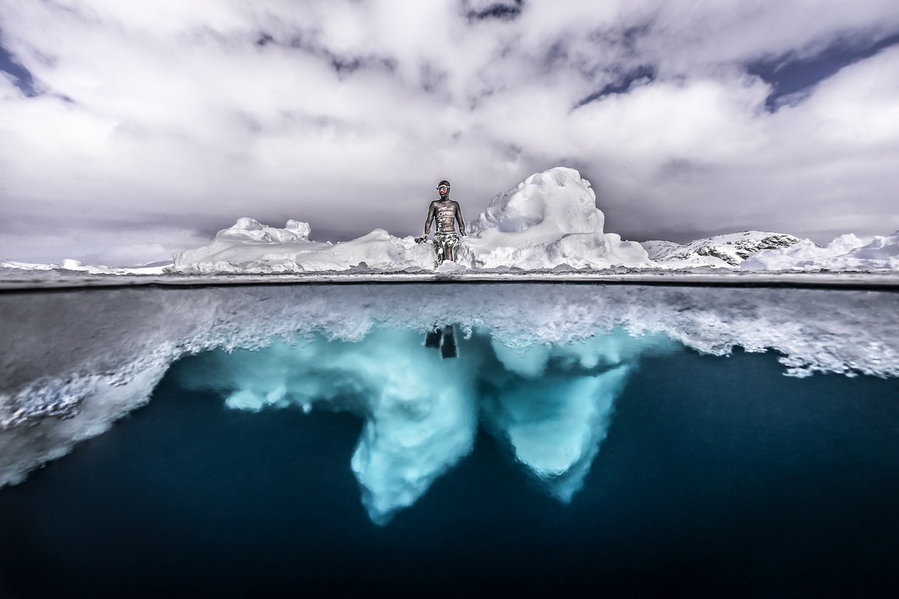 He calls this collection “SHADES OF WATER — ICE: FREEDIVING WITH ICEBERGS UNDER THE ICE.”

A description on the photographer’s official website notes that “in his childhood Tobias Friedrich loved to watch the adventures of the Calypso with Jacques-Yves Cousteau as its captain and the beauty of the world that is below the ocean’s surface. It’s still an overwhelming feeling for him when he has the chance to dive. He loves the elegance and calmness of the world under water standing in contrast to the hectic atmosphere above.”

“Tobias Friedrich lives in Germany and started taking pictures with a DSLR underwater in the year 2007. Since then, his images have been published in prestigious scuba diving magazines and newspapers around the world. Several underwater photographic competitions have honored his work, resulting in over 50 awards with nearly 30 1st places.” 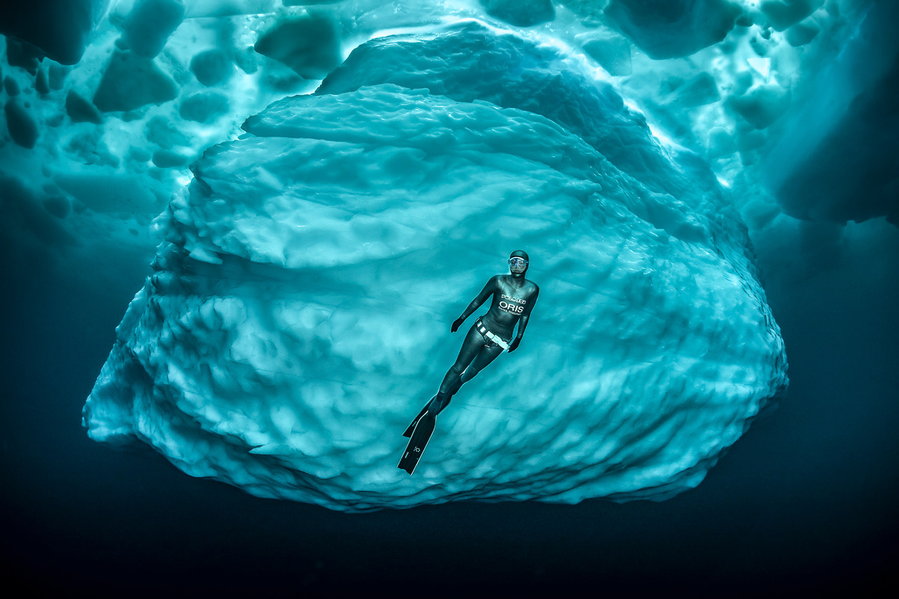 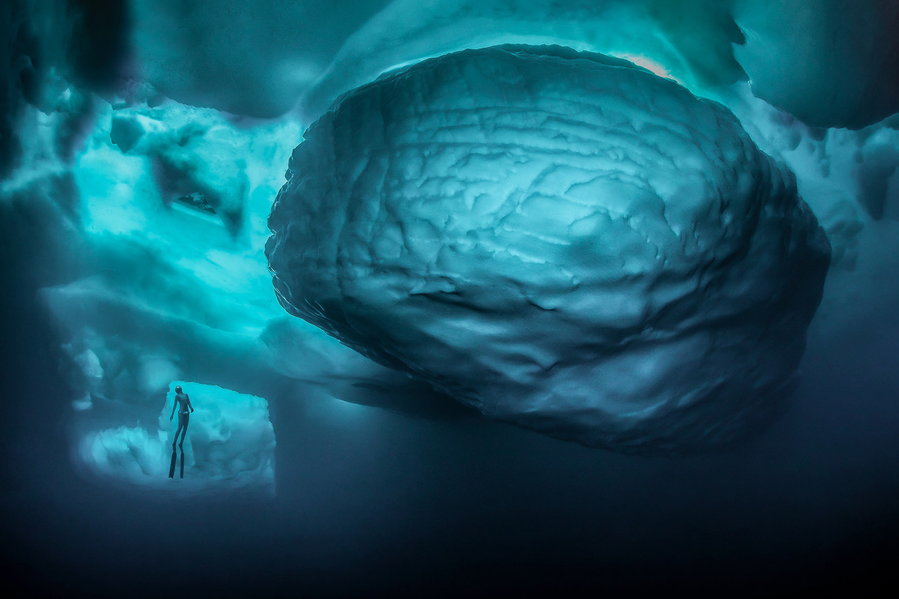 “Lately he has been named ‘Underwater Photographer of the Year 2018’ in the prestigious UPY London competition. All waters, from zero to 30° Celsius, are attractive for him, at least there is something to photograph. He [uses] SEACAM equipment for his Canon EOS 1DX Mark II and 5D Mark II DSLR. He is leading expeditions and workshops around the world, where everybody can join.”

You can keep up with Friedrich’s work on Instagram or at his website, Below-Surface.com, where books of his photography are available for purchase. Prints can be found on RedBubble.