A new “floating” library envisioned for the Porta Vittoria Park in Milan, Italy may look like a fantasy concept unlikely to become real. But Bolzano and Berlin-based architecture firm Studio noa* (network of architecture) has brought such projects to life before, and the results are always spectacular. For “The Tree of Knowledge,” the firm wanted to evoke the feeling of gazing at a beautiful book cover knowing you’re about to immerse yourself in a wonderful story. Their futuristic yet organic design is a layered complex of discovery “imbued with surreal atmospheres of rooftop forests and flying books,” as they themselves put it. 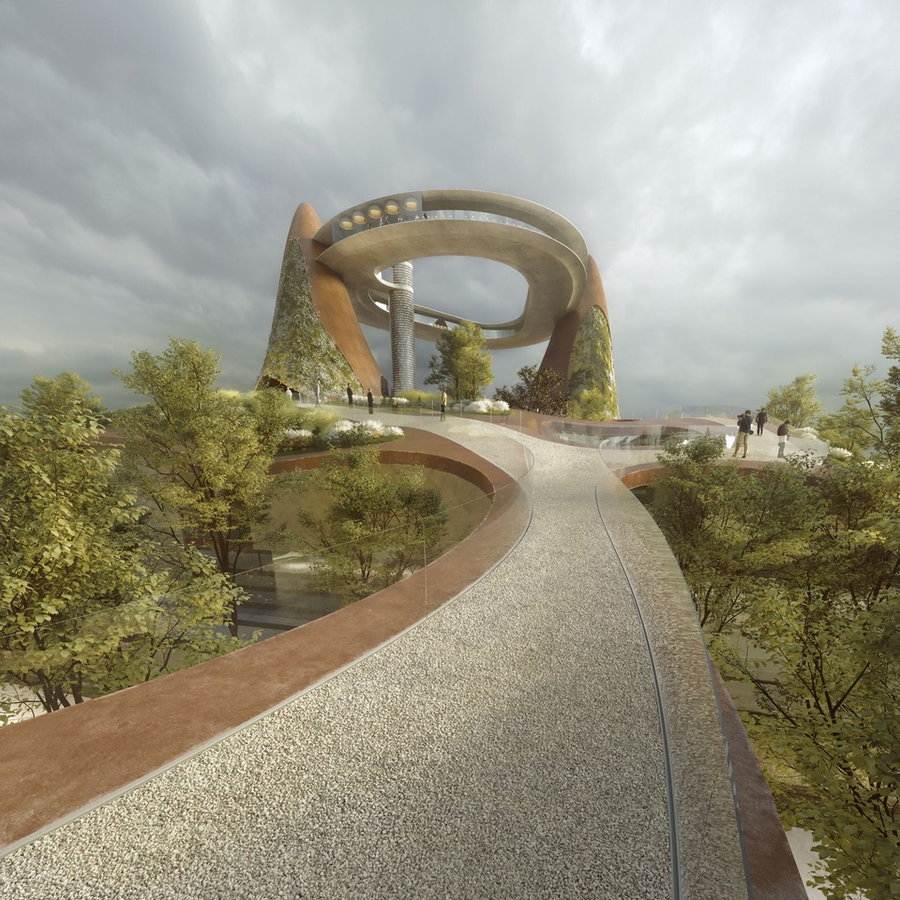 The poetic vision of Studio noa* treats the library like a modern Garden of Eden wherein knowledge may be found. The look of the library from afar is meant to be almost like a mirage, too strange and beautiful to be real. Passersby in the park are tempted to approach and see what this unusual building is all about, drawing them into a world of books in the process. The lushly vegetated library design seamlessly blends into its parkland environment, and although the facility features a total of nine floors, all are accessible via a ribbon-like walkway that leads from the ground level all the way up. 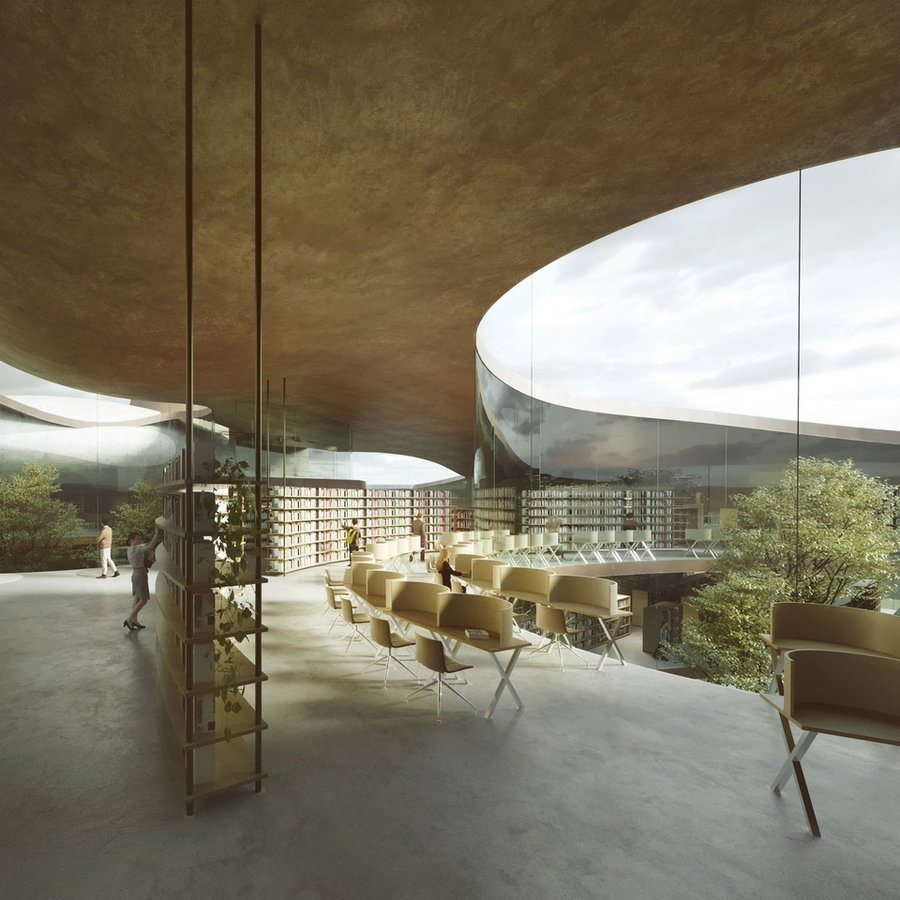 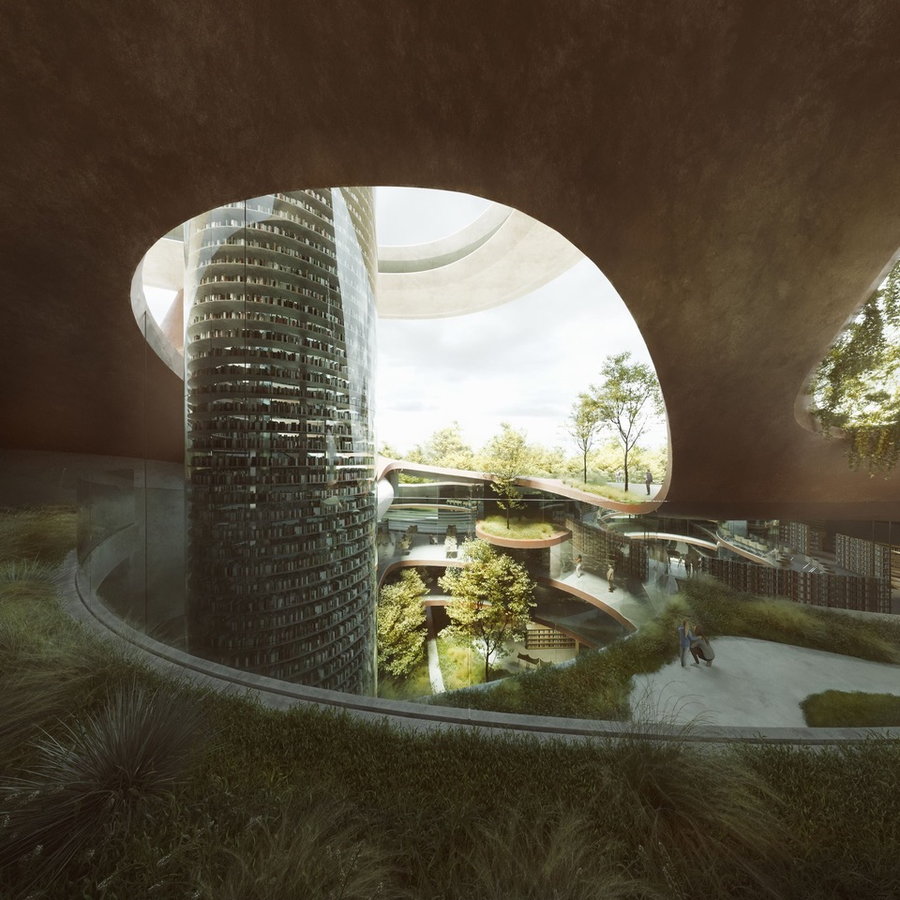 The library is crowned by a circular study room for 300 people with a 360-degree view of Milan. To reach it, guests ascend an elevator contained within a glass tower of books, rising from the building’s layered levels into the open air before reaching the ring-shaped floating element. This ring is flanked on either side by billowing structures resembling trees or giant mushrooms. All around them, green roofs undulate, segueing into both open-air outdoor spaces and protected interiors. 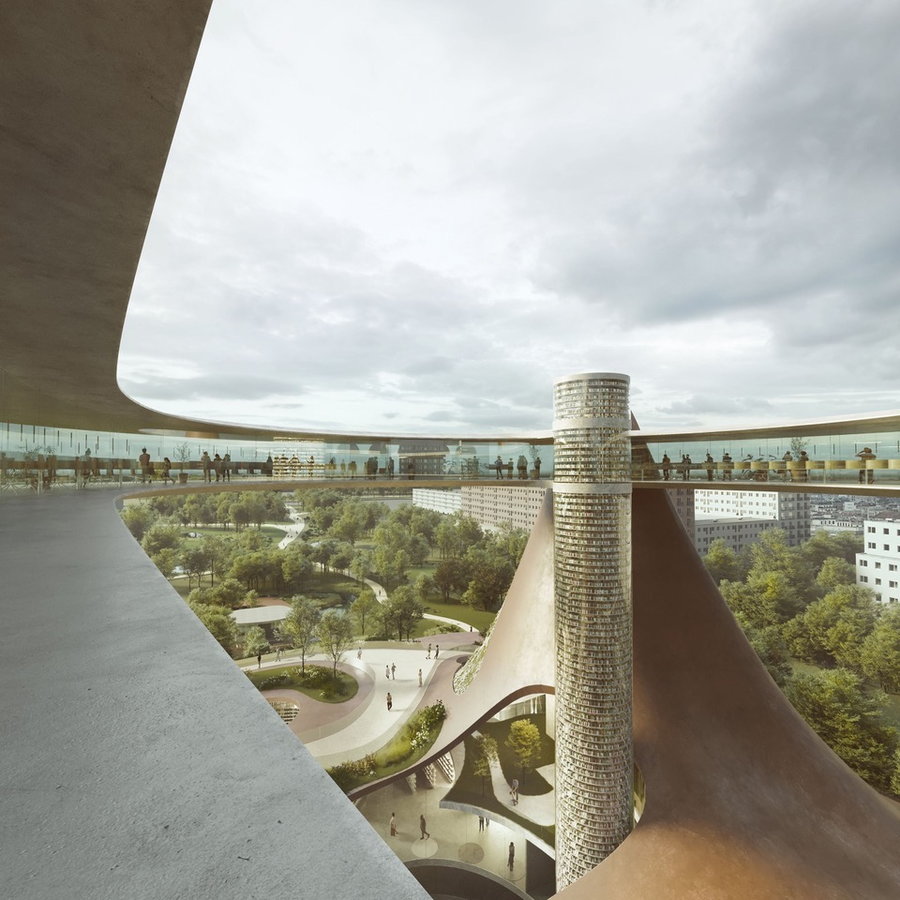 “The project’s starting point was the research into the meaning, usage, and features of a 21st-century library,” the firm explains. “Studio noa* reimagined it as a hub of creativity, aiming to create a stimulating environment for freeing the mind and acquiring new knowledge. As a prerogative, a relaxed and quiet atmosphere, as an added value, the possibility of moving in a hybrid environment breeding new ideas, where the line between inside and outside becomes blurred. Therefore, the design of a complex architectural structure was flanked by the creation of the natural landscape, which permeates all spaces.” 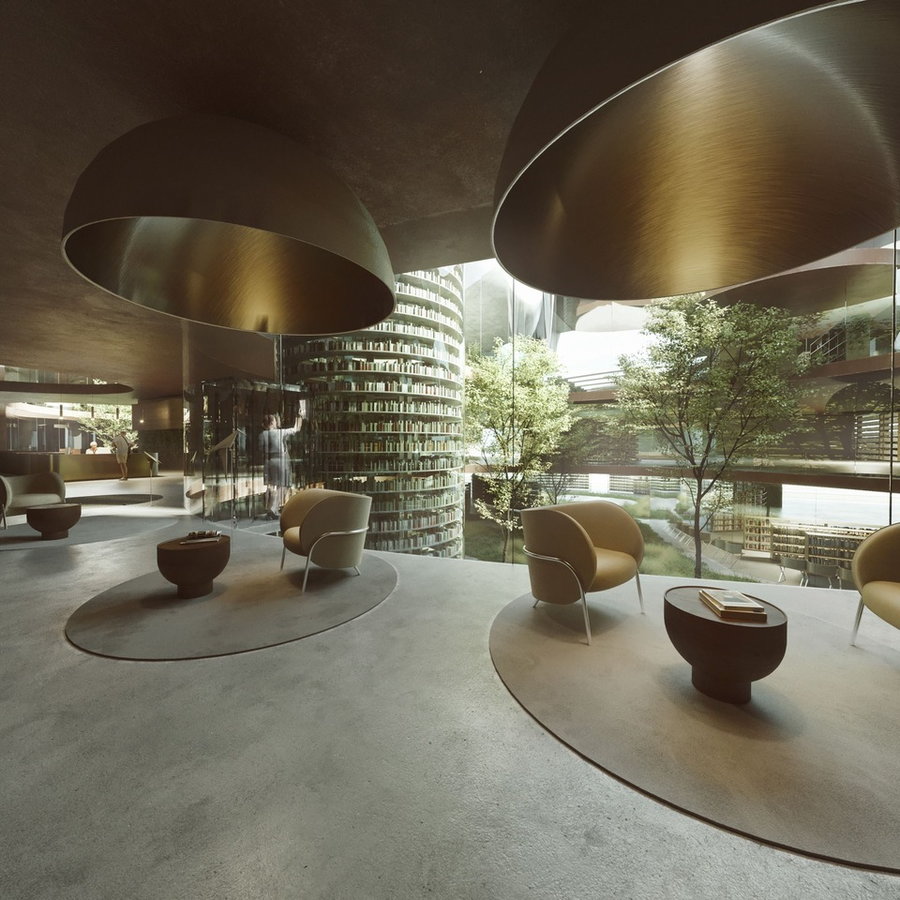 “It feels like climbing a tree after having walked through a lush garden. And not by chance, since the archetype that inspired the team of architects is the Garden of Eden, where the Tree of Knowledge of Good and Evil grows. The biblical episode linked to it is perhaps one of the narratives philosophers have drawn on most to portray humanity. According to Hegel, by eating the forbidden apple from the Tree of Knowledge, Eve was the first person to stand apart from the animals, acquiring consciousness and intentionality in doing. When Eve became interested in the unknown, paraphrasing, libraries found their raison d’être. On the roof of the BEIC, Studio noa* wanted to recreate an earthly Eden, where to celebrate the beauty of knowledge and continually encourage people to reach out to unknown worlds.” 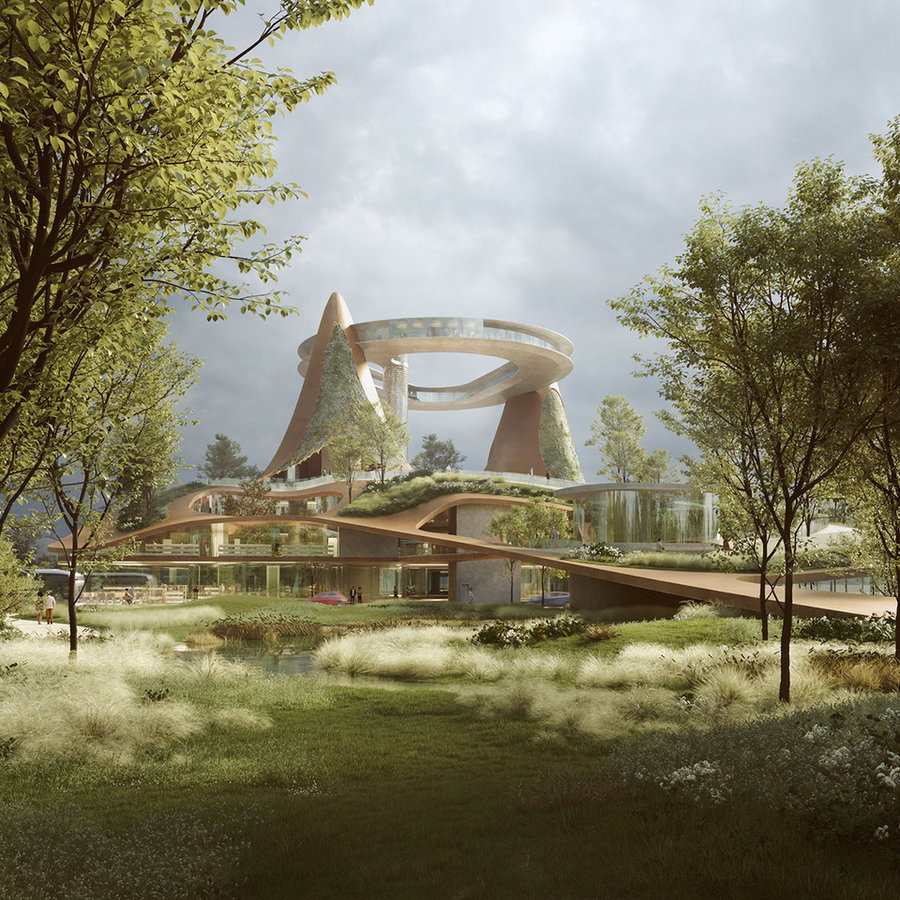 Check out more visionary projects by Studio noa*, including a geometric modular building system, a stunning modern bed and breakfast in Italy, and a theatrical spa in the Alps.