Love books? The good news is, they are not going away and becoming all digitized. In fact, there are efforts to get people to read actual tomes all over, if you know where to look. Scott Munro, Bill McTavish, and Ted Kurello of wealth management firm HollisWealth Newmarket and architecture studio Atelier Kastelic Buffey from Toronto, Canada, gifted the citizens of Newmarket (a suburb of Toronto) with a brilliant, open-air book exchange dubbed Story Pod. 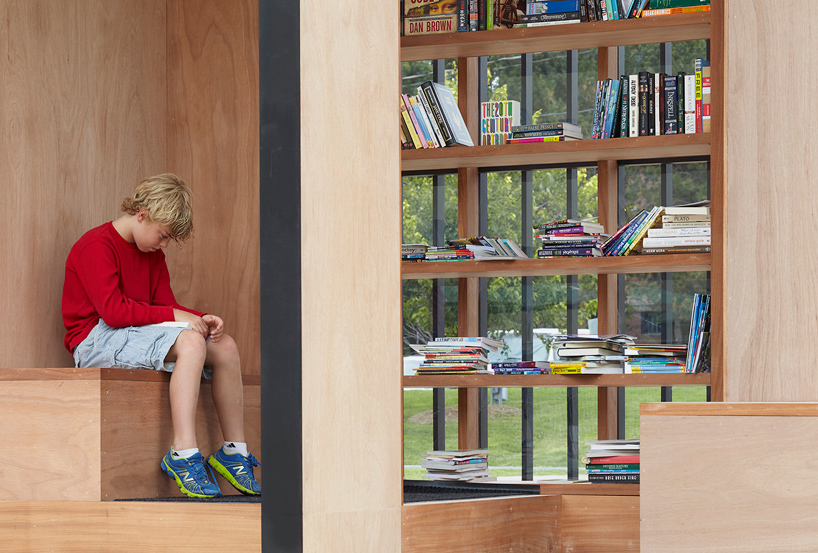 It’s an architectural step up from the free little library movement sweeping the lands, but the idea is the same: invite bibliophilic passersby to pick up or drop off a book. They can also hang out and read on built-in seating. “It’s a giant little library,” Newmarket Mayor Tony Van Bynen told the press. 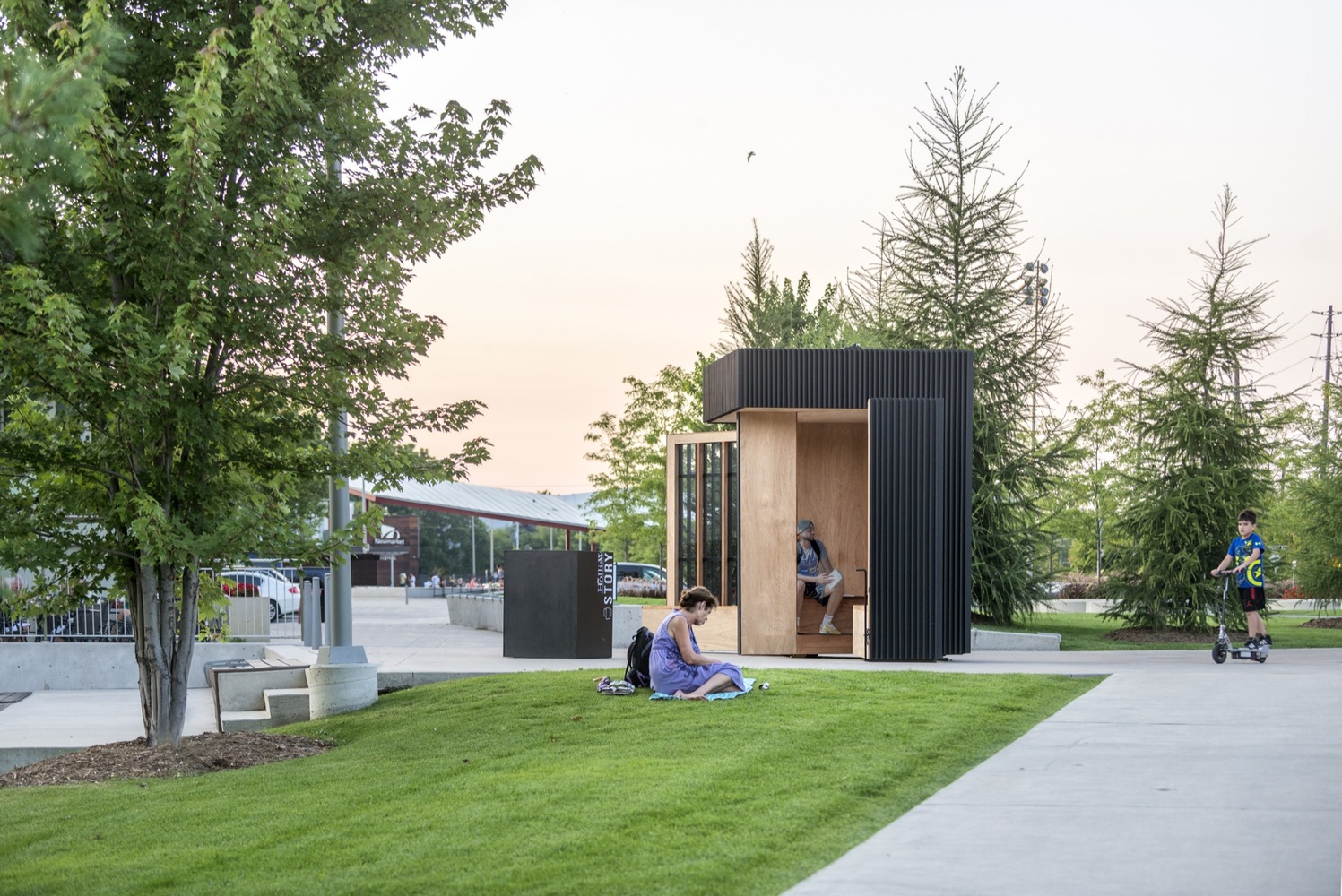 In its “shuttered” state at night, the Story Pod lending library is a black, box-like structure measuring 8’ x 8’ x 10’. When two of its wall spread open like the pages of a book during the day, the abstract shape becomes an invitation to enter. The vertical slats of the lattice work are spaced in such a way as to conceal in some parts, and offer glimpses into the interior and book shelves in others. At night, the pod is lit from within via energy efficient lights powered by a rooftop solar panel, and continues to serve a community focal point. 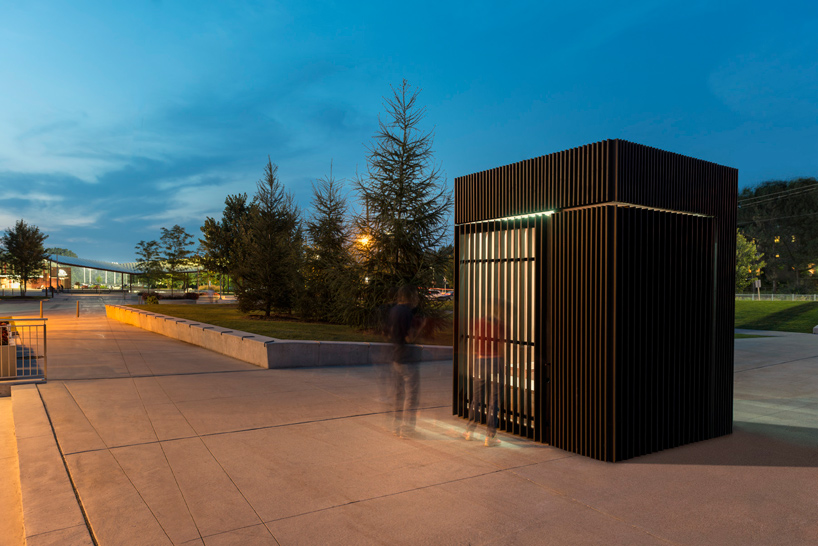 The project’s goal was to invigorate the suburb and create a central, modern gathering space for the local community to engage with one another. HollisWealth funded all materials while AKB worked pro bono. The pod was built by city staff volunteers, which meant that AKB’s designs had to be simple and highly functional. 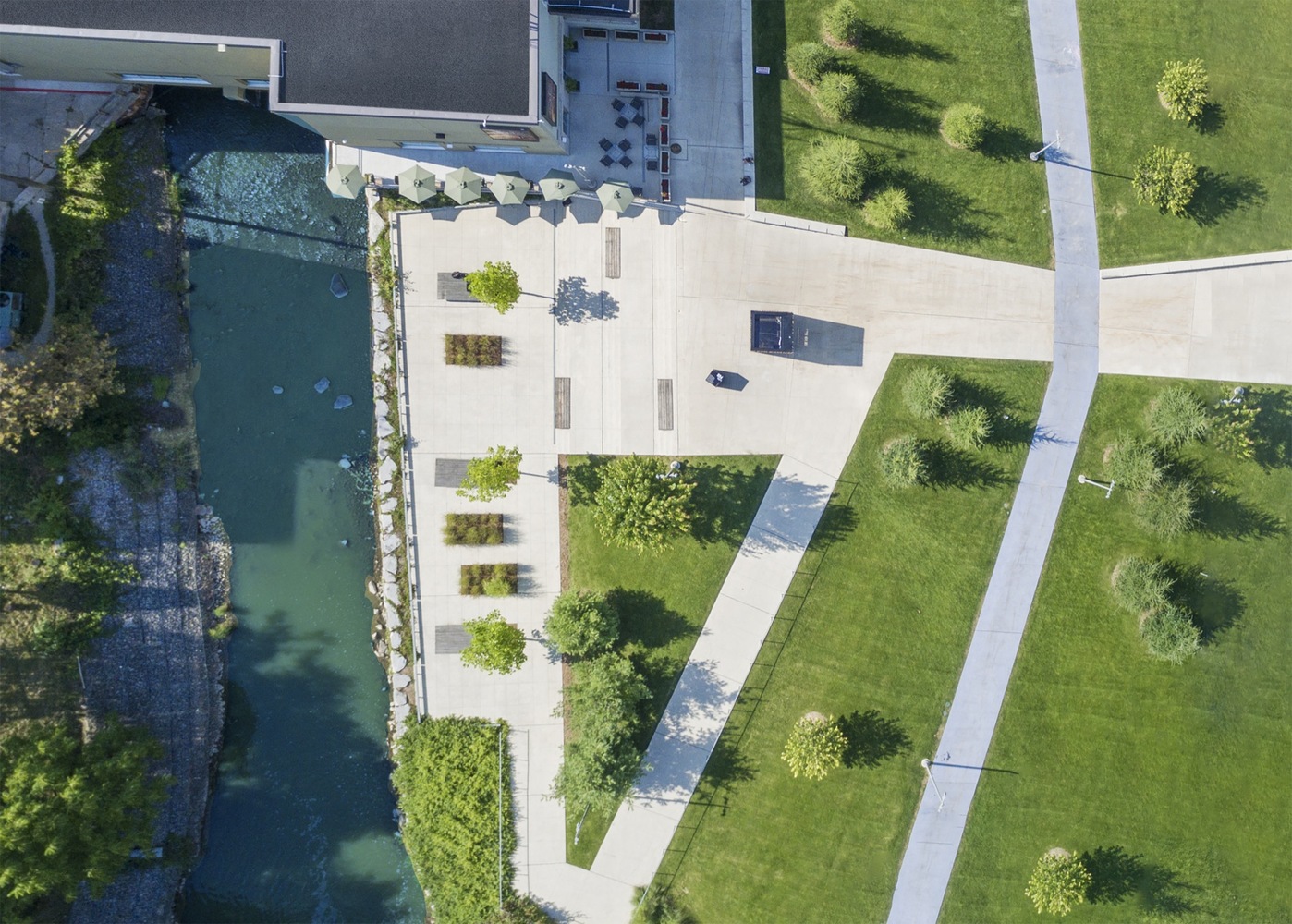 It really takes a village.