Growing up in Leeds in the North of England, Bob Campbell had easy access to nearby Sheffield — also known as the Steel City. Industrial scrap metal and old mining parts were plentiful, abandoned after the collapse of the UK steel industry and the closure of coal mines in the 1980s.

After a brief flirtation with the fairground in Great Yarmouth, which he joined when he left school (“It sounded glamorous to me at the time!” he claimed), he took a course in welding at his local college. He’d seen the huge metal sculptures and installations from the Mutoid Waste Company in Glastonbury, which started out in Britain in the 1980s before relocating to Italy.

He was also inspired by the Mad Max films and by the works of surrealist biomechanic artist and set designer HR Giger, who created, among other fear and awe-inspiring artworks, the monster in the iconic sci-fi film “Alien.” 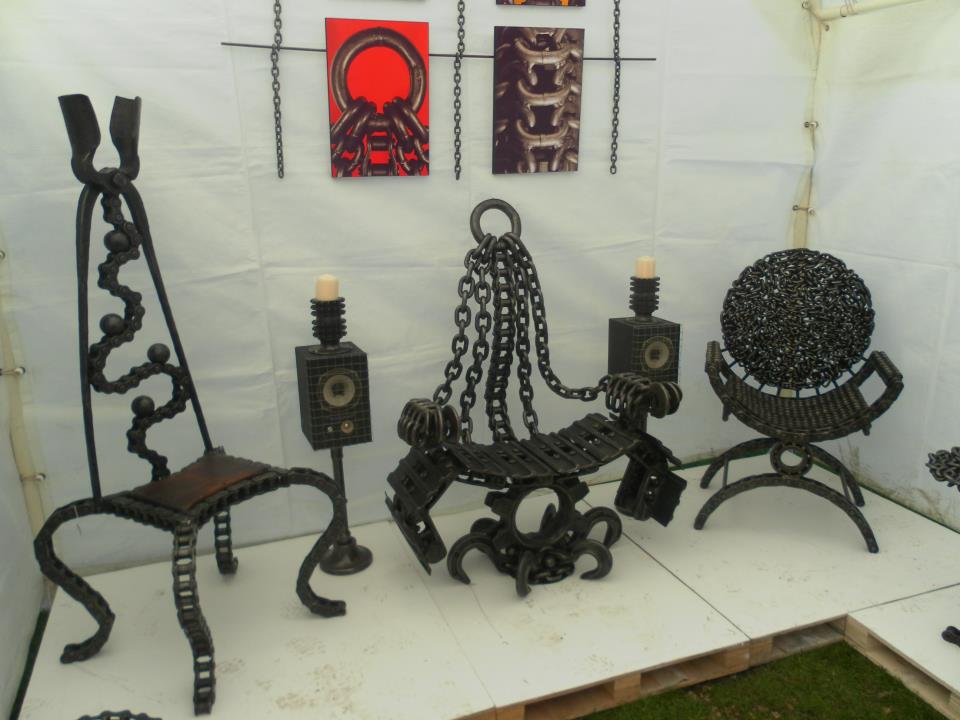 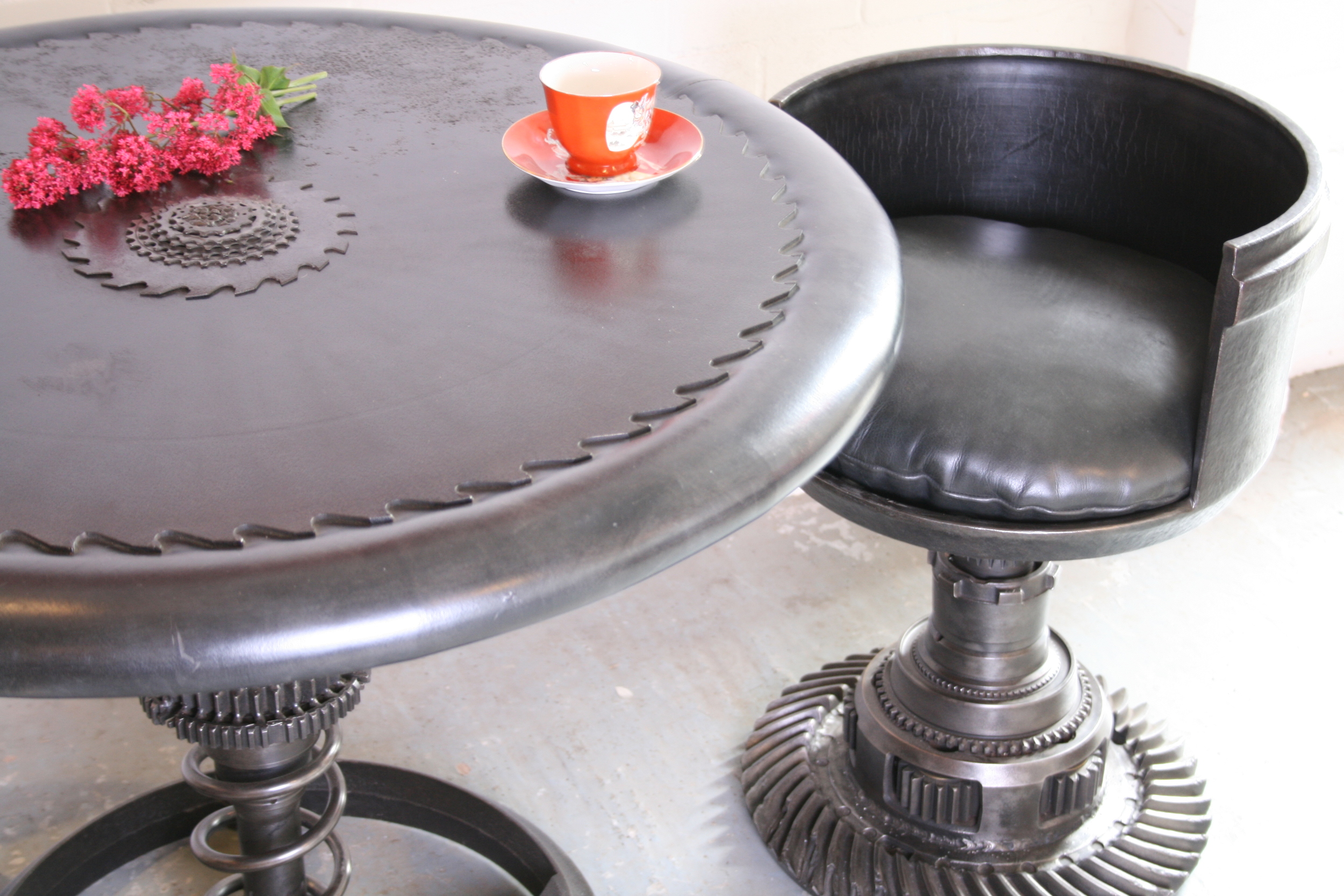 Much of Campbell’s inspiration comes from traveling. In the early ’90s, together with his partner and their son, he traveled around Europe and Morocco in an old Mercedes truck before they settled back in England in their Derbyshire home. 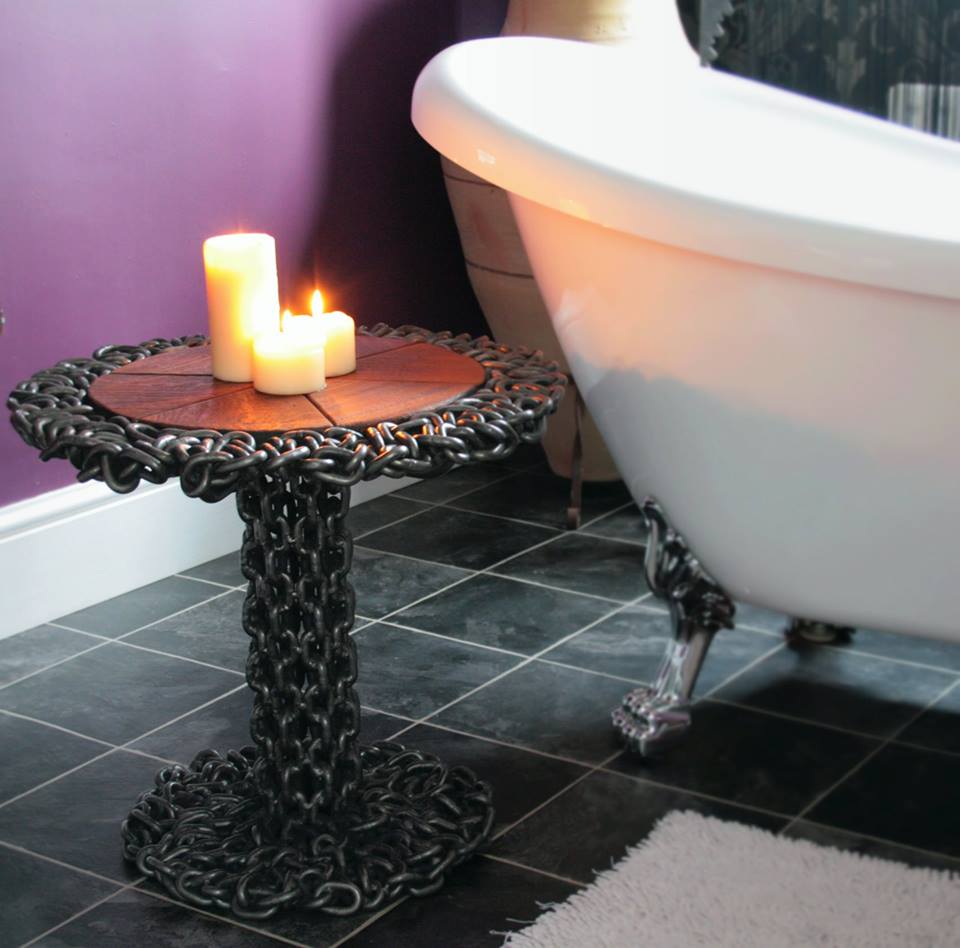 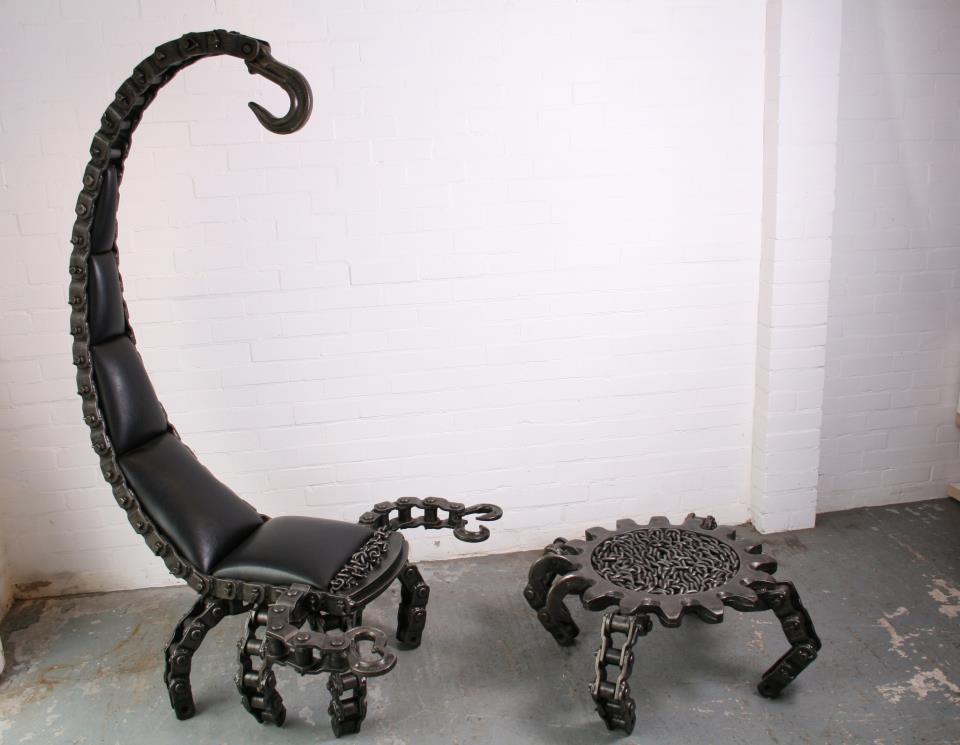 Keen to try making metal creations for his own amusement, in 1995 he began to construct small scale items — tables, chairs, etc. Three years later, he was running out of storage space and decided to sell a few items at a local artisan market. Totally overwhelmed by the enthusiastic response, he set up his company Stig Art — named after the eponymous children’s fictional character in author Clive King’s “Stig of the Dump.” 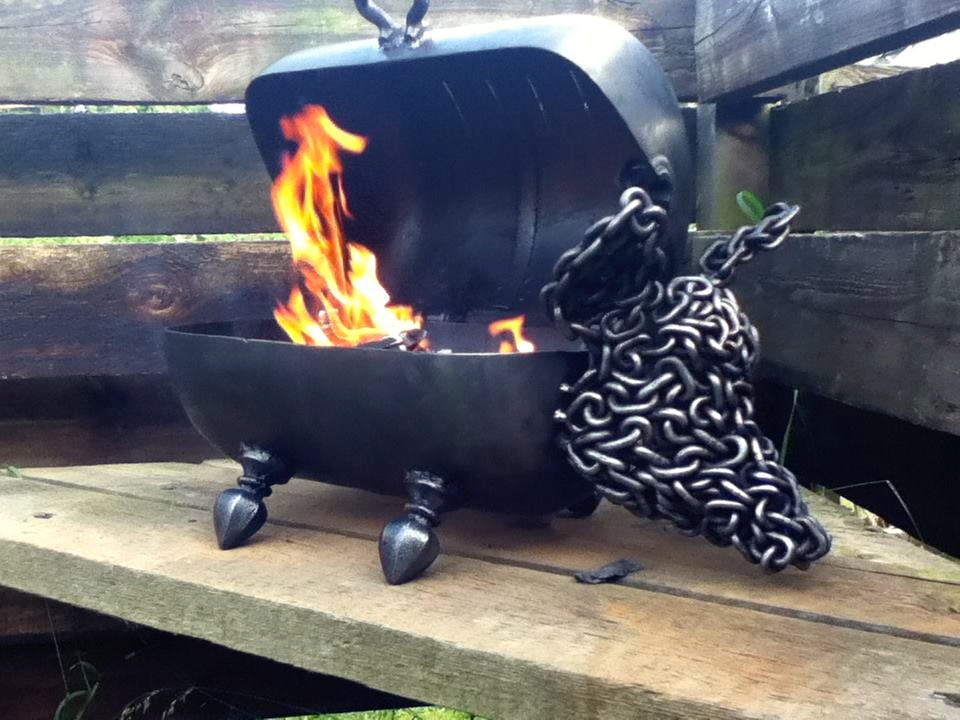 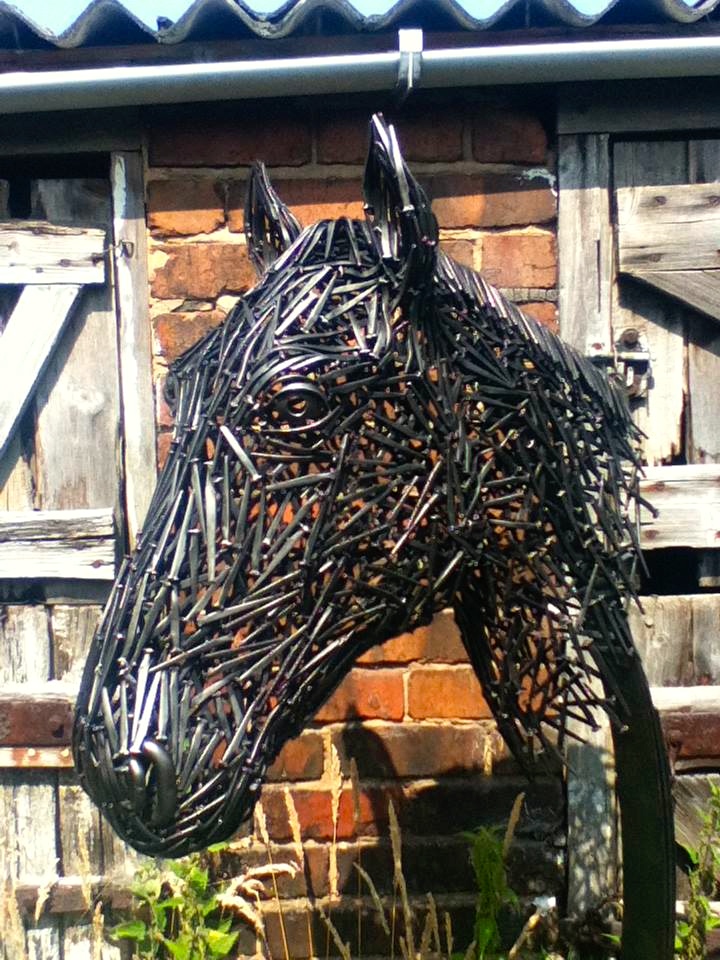 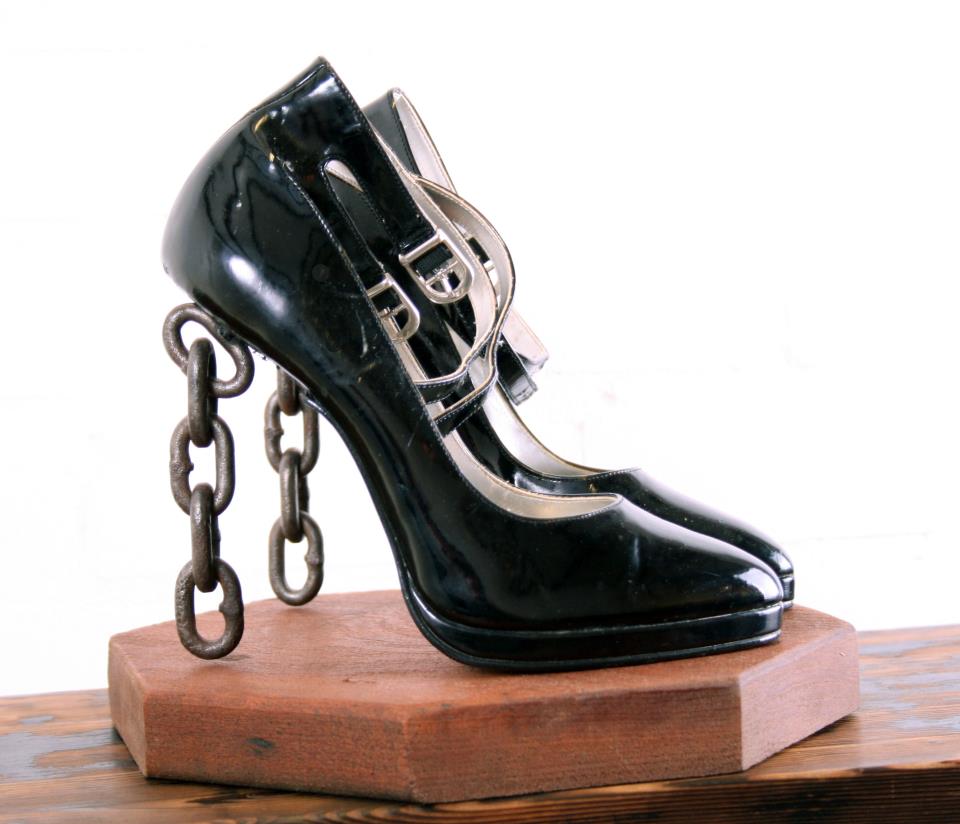 Continue reading below
Our Featured Videos
Twenty years ago, Campbell decided to create “something awesome from cheap or free scrap and waste materials.” Since then he has made “hundreds of unique pieces that have found their way around the world.” Though he still makes smaller items like his original foray into the creation of quirky and original tables and chairs, he will now tackle whatever is required, whatever the size (well, within reason).

During the winter months, he works with his friend Paul Smith in Goa India, who he met back in Morocco in the early ’90s. Smith has set up Rag & Bone Customs, customizing old Enfield motorcycles. 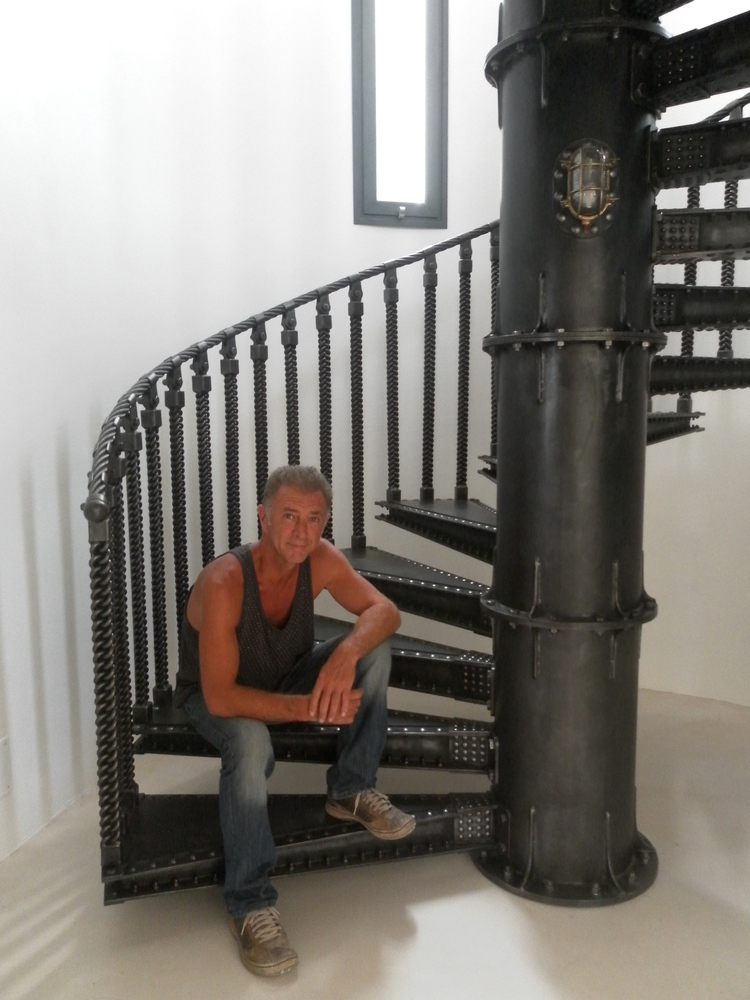 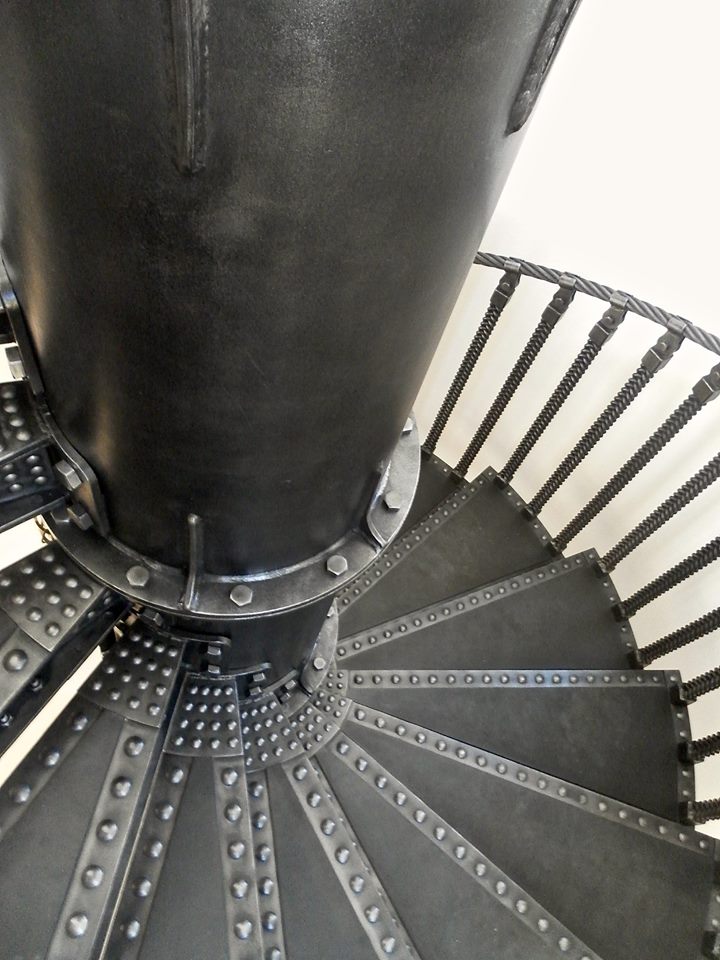 After working on it for six months, in spring 2016 Campbell shipped a bespoke spiral staircase to Ibiza. He was commissioned to make the staircase for the interior of a tower in the grounds of an Ibizan villa owned by a couple whom he met on his travels in India.
“They wanted something unique that was sculptural as well as functional and in an industrial style,” Campbell said. 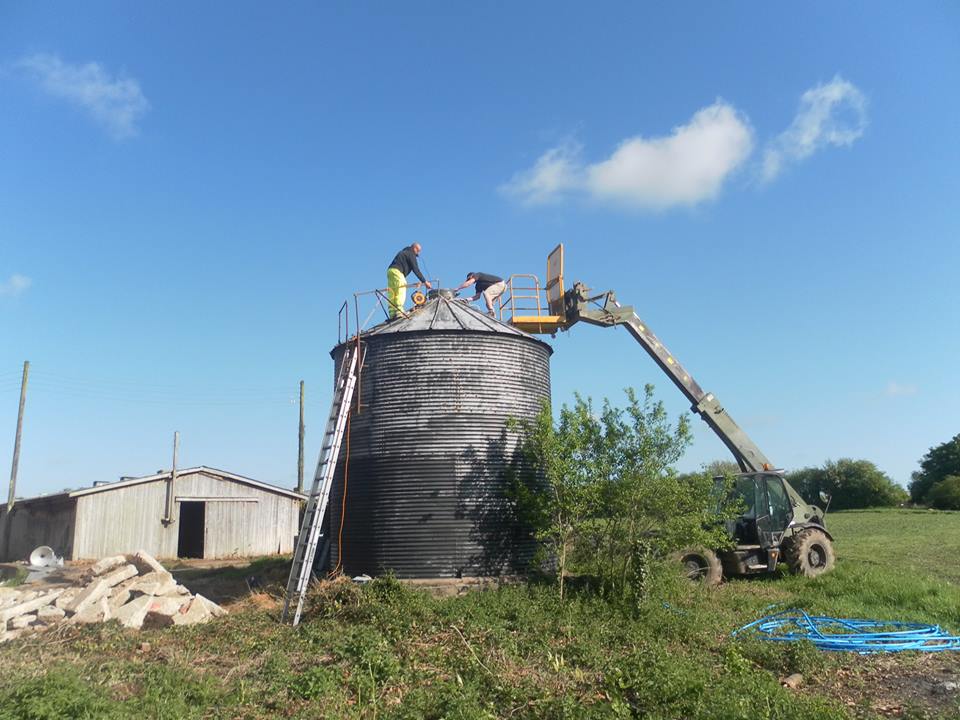 Prices for original, bespoke items like tables and chairs are around £1,000. Conceived in collaboration with each client, Campbell is available for one-off items and larger furniture, but for a much higher price tag. He also has an online shop of ready-made articles for sale. He also has a bigger project on the go — restoring and converting a 1950’s grain silo into a self-contained eco house.