Scandinavian design is often lauded as being among the best in the world. By marrying functionality with a timeless simplicity (something that now characterizes the furniture and architecture from the Nordic region), Sweden, Denmark, Norway, and Finland have essentially defined the last century of classic design. The icy shores of Scandinavia have also produced some of the world’s most historically-famous architects, including Eero and Eliel Saarinen, Alvar Aalto, and some of today’s biggest hitters, like Bjarke Ingels. It is perhaps no surprise then that there is a multitude of lesser-known gems hiding in and around the vast landmasses of the Nordic area. One such treasure is a house outside Stavanger in Norway. 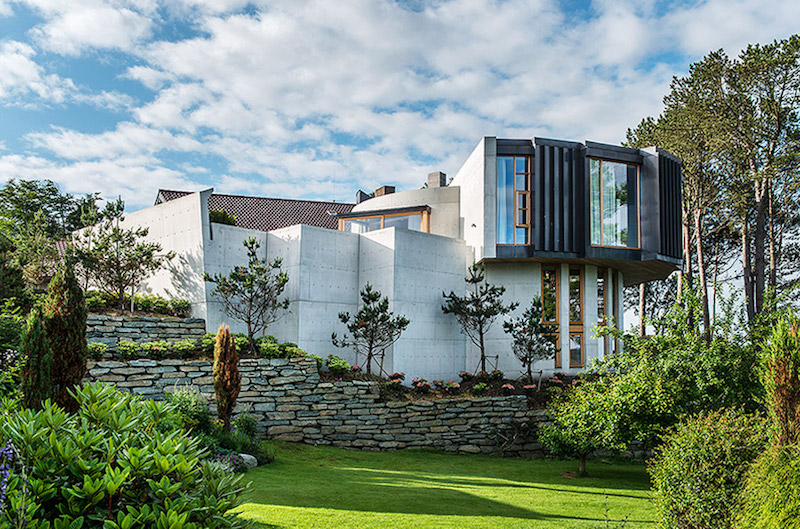 This private residence was designed in 2012 and completed in 2013 by the local architectural firm Hoem & Folstad. The house overlooks the incredible nine-kilometer-long Hafrsfjord, a picturesque inlet typical of Norway that is sure to bestow amazing views on inhabitants and visitors alike. The architects bill the property as “a house of contrasts,” as seen in its being set on a piece of split-level terrain, which makes the house accessible from a rear entrance while taking advantage of the change in height to offer an impressive lookout onto the body of water beyond. 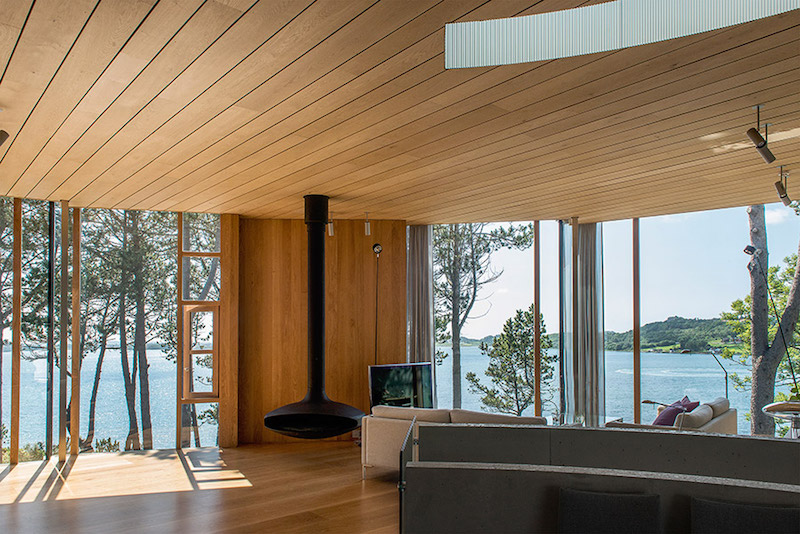 The house itself appears as a two-tier construction: a glazed, fan-shaped top level that sits on a concrete bottom one. The architects say, “The house is essentially a concrete cylinder of three floors, with the circular shape giving a floating spiral motion through the 270-square-meter living area. The central living rooms are located in a cantilevered fan shape oriented towards the fjord. The floors are connected by staircases of stainless steel located in the central zone of the house.” The upper level is defined by a set of black shutters, which offers solar protection for the living spaces inside. The expanse of glazing serves a similar purpose, except its transparency allows residents to take full advantage of some stunning views of the fjord. The architectural character of the building is thus defined by both the austere nature of the concrete below and the angular profiles of the black fins above. 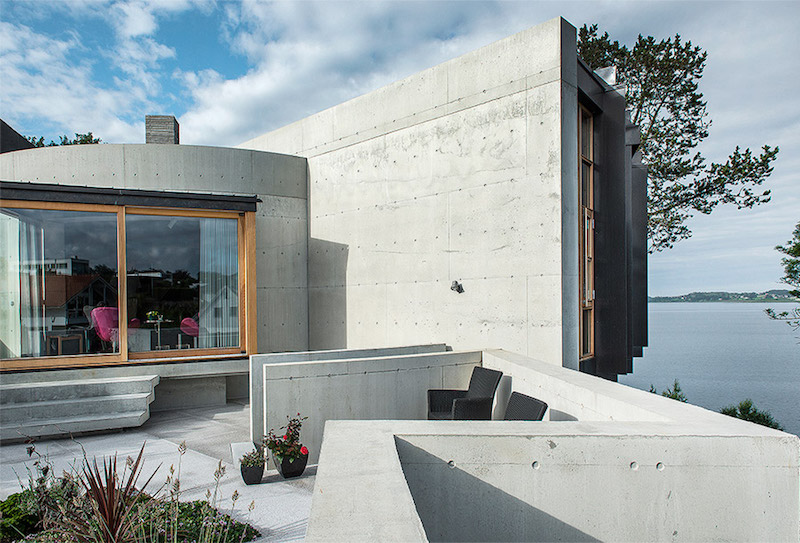 Internally, contrasting materials are what give the spaces their identity. The concrete used externally is also found inside, establishing a material connection between the home’s in and outdoor areas. However, the most striking contrast is perhaps that between the wooden finishings used on the floors, stairs, ceilings, and doors and the building’s otherwise gray, board-marked concrete walls. 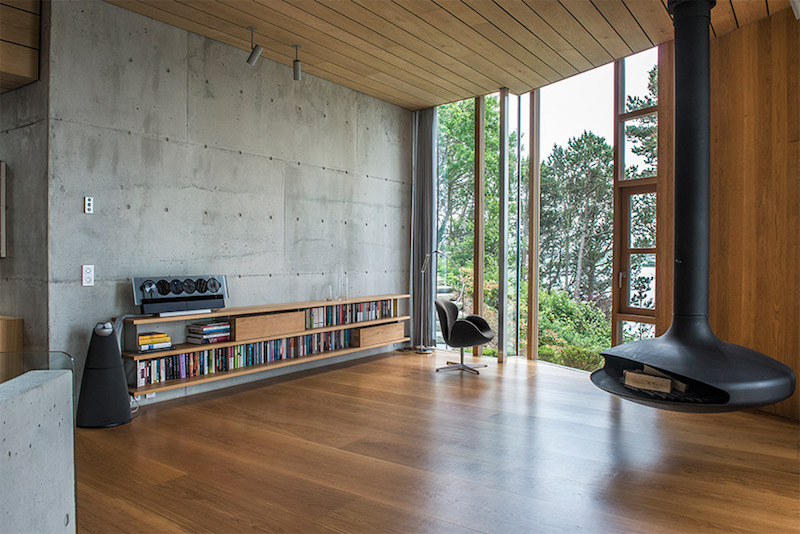 Continue reading below
Our Featured Videos
In some places, the floors are made of Italian granite slabs, but where the interior architecture really shines is in its timber boarding, which comes from Dinesen. These boards have been used extensively in the fixtures and cladding on both the ceilings and floors, and they have even been used to design some bespoke details for the kitchen cabinetry. Their overall effect against the stark concrete is one of modernity and minimalism, with nature creeping in through the generous fenestration in the living/dining room. The kitchen takes it shape from the home’s cylindrical organization, and there’s even a wine cellar in the basement for those cozy evenings spent indoors.