If all of the furniture in your home was actually alive, how would it react to your touch? Would it be friendly, sighing under the movement of your hand with a tousle of its feathers, or would it reveal its defensive mechanisms with pop-up spikes?

“During this research, I found what really makes something look alive is not just ordinary movement of the object but unexpected movement which could make people surprised,” he says.

For the series, Jeon envisioned ten different side tables with drawers or cabinet doors, each one producing its own unique reaction when you attempt to open it. One plays music, one shoots up a tiny parachute, one rustles as if it contains a wild animal.

The two chosen by the designer to reach prototype stage include ‘Drawer and Feather’ and ‘Pull Me to Life.’ The former sends a pile of white feathers shooting up into the air as you open and close the drawer. 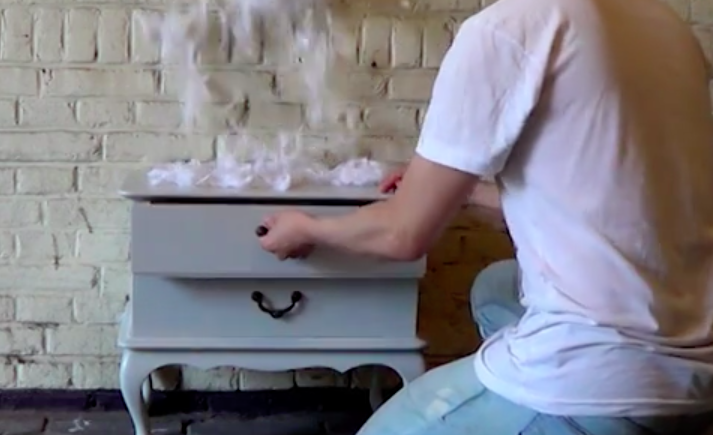 ‘Pull Me to Life’ appears to bristle as if in protest when you open it, with its skin of wooden scales flipping over to reveal their pale white undersides. “It seems as if the drawer is reacting to outer stimulus as if it is an animal,” says Jeong. “When the drawer is pushed back, the drawer changes the skin color again as if it falls asleep again.” 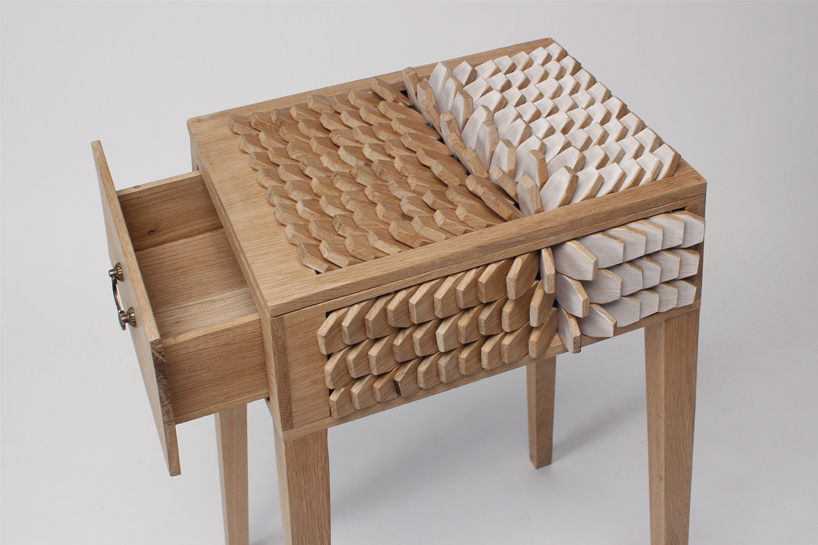 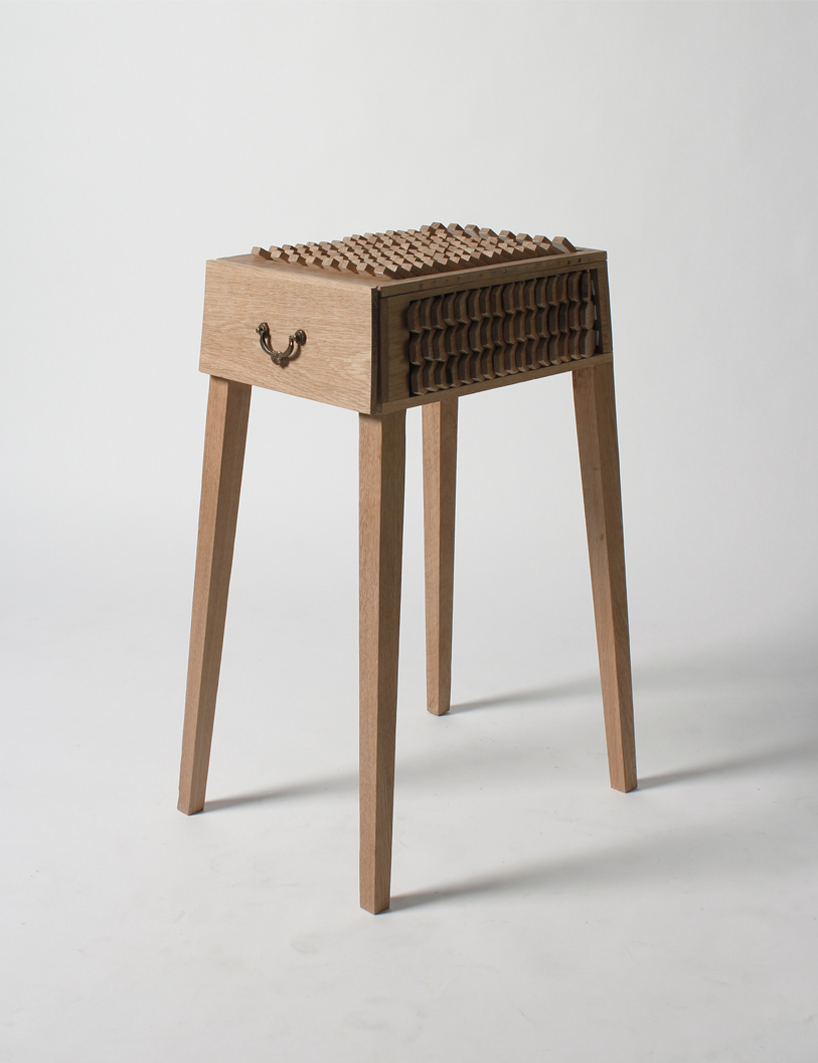 Watching the scales flip over, one almost gets the sense that the act of opening the drawer is invasive, disturbing the ‘animal.’ The use of shifting color mimics the look of a living creature rolling over onto its back to reveal its underbelly, bringing with it a sense of vulnerability.

Another interactive project called ‘Fade’ enables a display cabinet to change its color and the visibility of its contents depending on the viewer’s vantage point. Skinny wooden slats are painted different shades on each side to produce the effect.