Sou Fujimoto’s design for a temporary hall for Dazaifu Tenmangu Shrine in Fukuoka, Japan is so spectacular, it risks outshining the original shrine. Covered with a tilting roof that supports a small “forest,” the temporary building will welcome visitors while the main shrine undergoes a major renovation for the first time in 124 years. Dazaifu Tenmagu Shrine is built over a the burial site of Heian period (794-1185) scholar and poet Sugawara no Michizane, who was later deified asTenjin, the god of learning, culture, art, and sincerity. 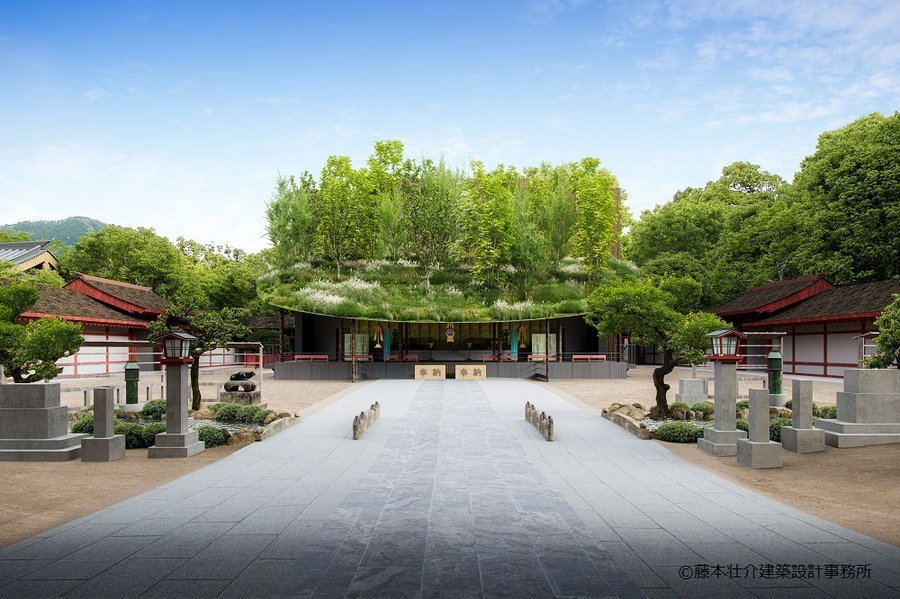 The renovation will begin in May 2023 and be completed in 2026 for a 2027 reopening ahead of an important occasion: the 1,125th anniversary of Sugawara no Michizane’s death. Keeping the shrine completely out of commission for a three-year renovation wasn’t an option, since Tenjin is worshipped internationally and Dazaifu Tenmagu draws up to 10 million tourists every year. The renovation will repair the hall’s thatched Japanese cypress bark roof and its lacquered interiors, and make the whole structure more resistant to earthquakes. 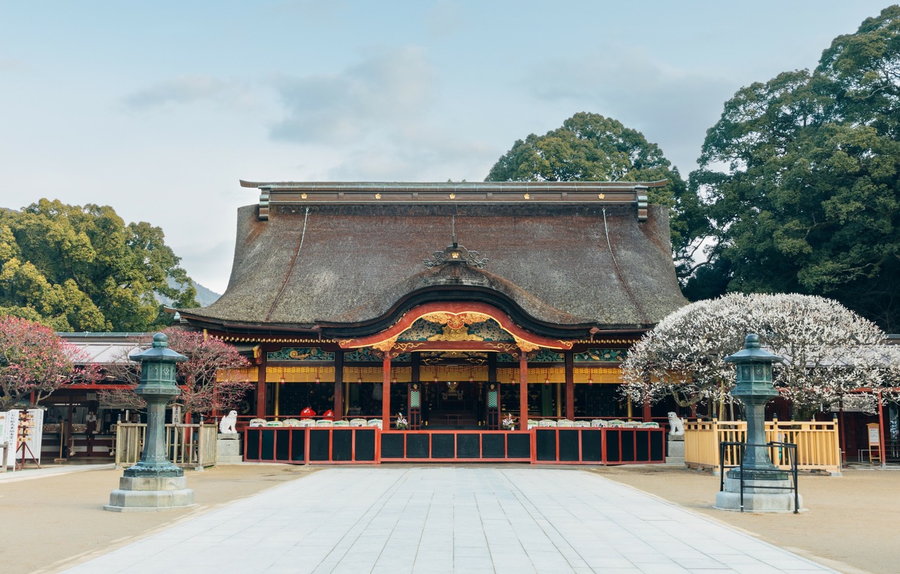 Fujimoto’s single-story temporary sanctuary hall will be set up in front of the honden hall to host rituals and worship. Made of steel beams, it’s designed so it can be quickly built in just a few months between February and May 2023. The temporary hall is the same size as the main hall but will be open to the air, set on a black platform with a single solid wall in the back. A ramp enables wheelchair access, and unlike the main shrine, the temporary hall will also allow visitors to enter without taking their shoes off.

The temporary hall’s defining feature is its tilting green roof, which will disguise and soften the construction going on behind it while also creating the spectacle of a “floating forest.” Grasses, shrubs, and full-size trees will be transplanted onto it for the effect of a mature forest. 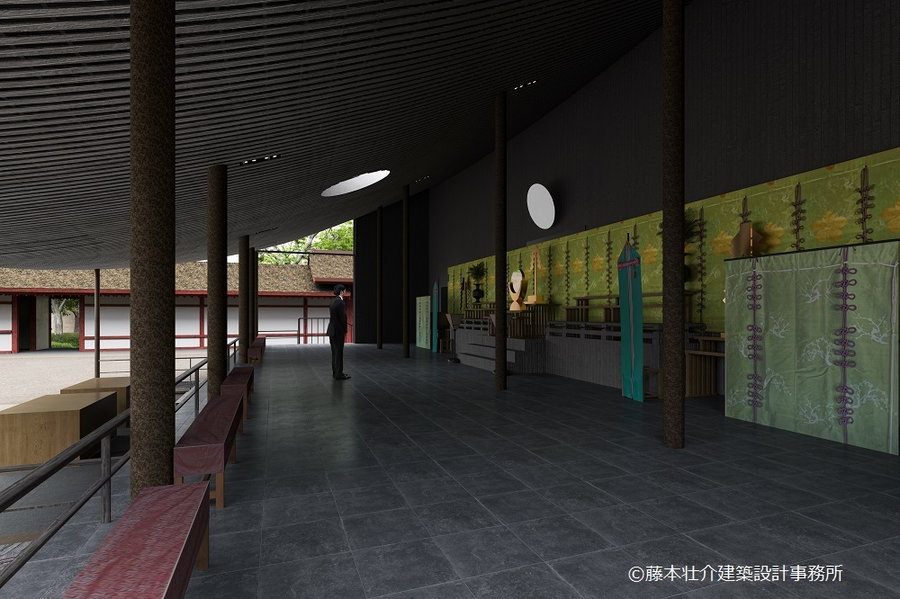 At a press conference, Fujimoto said, “I aimed for a design that can connect the tradition of Dazaifu Tenmangu shrine with today and pass it down to future generations.”

“We will build a ‘cave’ in front of Kumamoto Station to welcome everyone to visit,” says the team at the Dazaifu Tenmangu shrine. “Since it has only been exhibited for three years, we wanted it to be a place that will be pleasing to the Tenjin Sama and all the visitors. It has been designed to blend in with the surrounding landscape, carrying on the tradition and connecting to the future.” 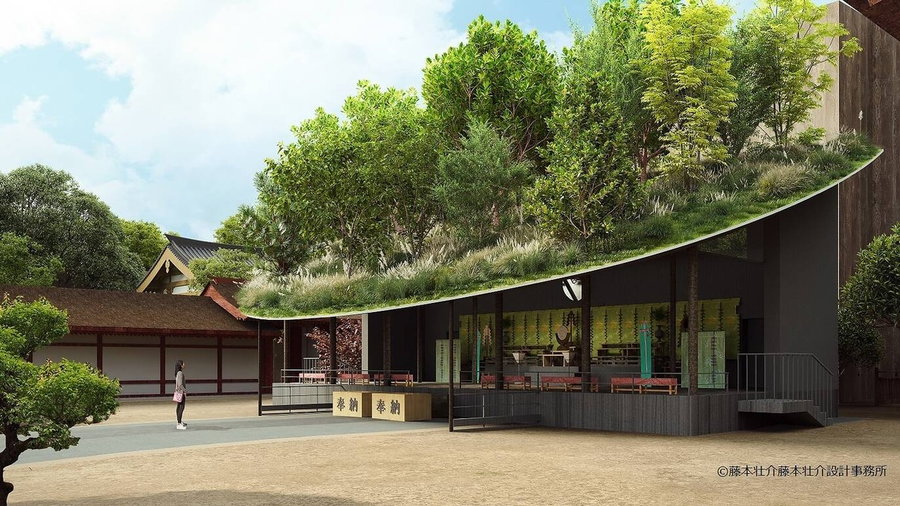 Sou Fujimoto’s unconventional nature-oriented approach to architecture has produced some incredibly unique projects in the past. For his “Flowing Cloud” resort complex in China, the architect created a terraced plan cascading down a hillside, partially covered by a ceiling made of woven grasses. In Budapest, the Hungarian House of Music revives a 300-acre city park with 97,000 square feet of both open and enclosed exhibits and theaters, all topped by a distinctive circular roof inspired by the vibration of sound. And in Maebashi, Japan, the architect’s renovation of the Shiroiya Hotel produced a faux hillside covered in greenery, trees and walkways.