Nurture or nature? When children grow up and follow in their parents’ footsteps, for better or worse, many wonder if their choices are based on how they were raised or simply genetic. Of course, if their paths lead to success and happiness, parents take credit for the nurturing. Likewise, if the kids’ choices lead to failure and misery, it’s often attributed to a fluke of nature. So what do we make of this family tree? 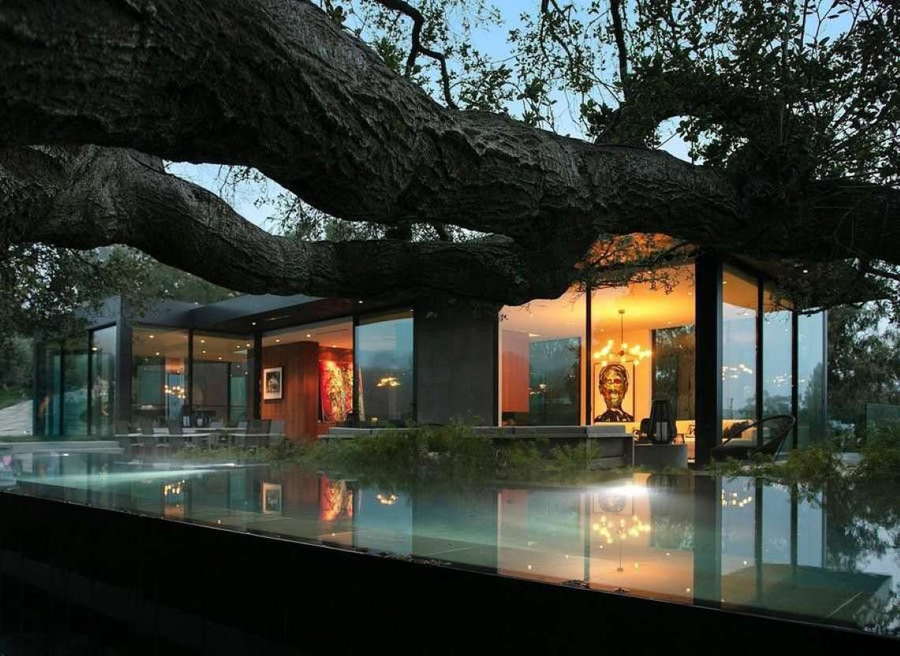 When American film producer Ken Kao and his wife, Japanese fashion model Jessica Michibata, purchased one of the most stunning estates in Los Angeles, it was initially kept a secret. Only after several months of sleuthing did the sale of the mansion, designed by architect Noah Walker and built on speculation by Nathan Frank, a concert violinist and scrap metal industry giant, go public. 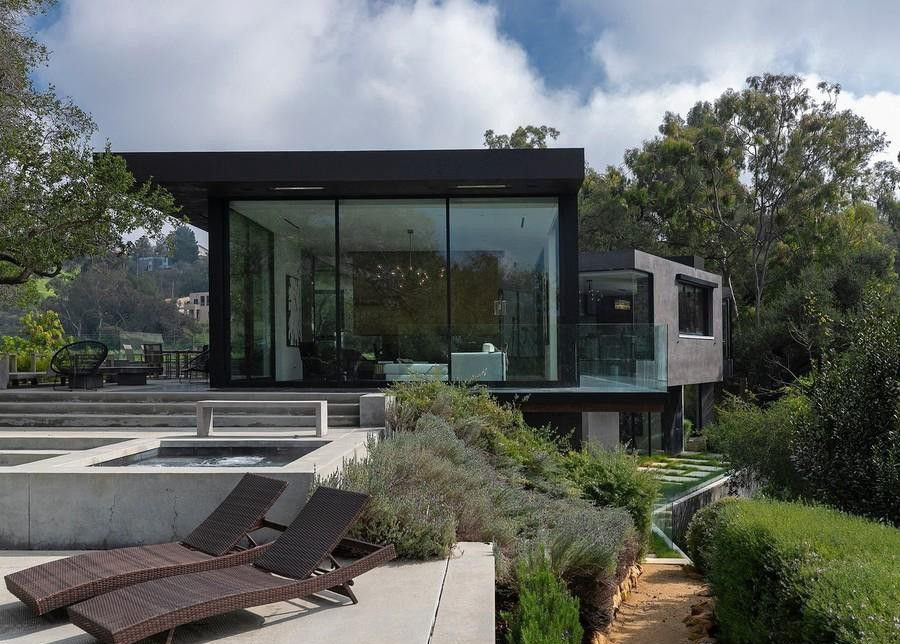 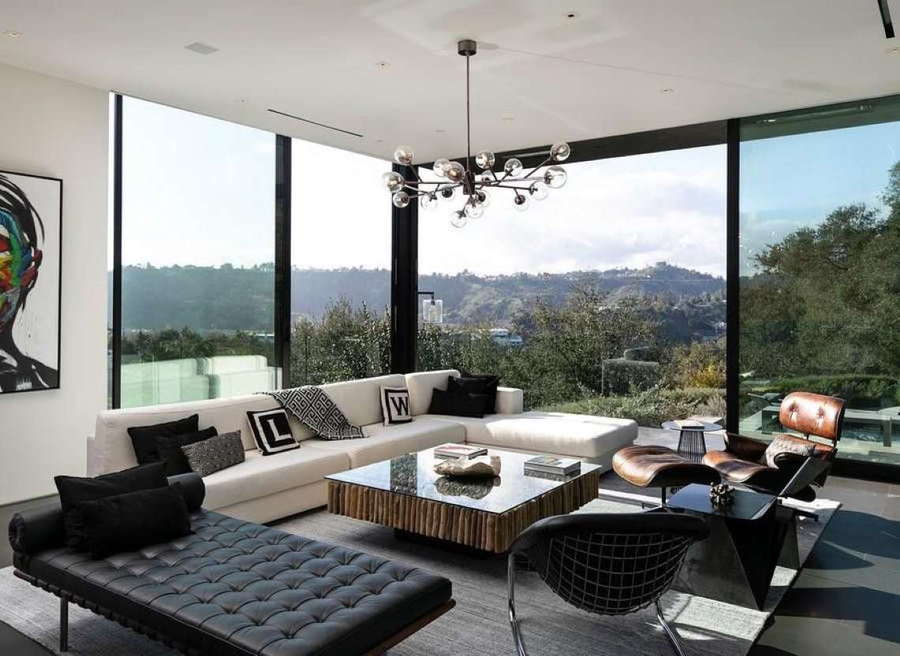 The two-structure manor sits on a three-and-a-half-acre parcel in the mountains that overlook Beverly Hills. It’s further complemented by the natural countryside of the area, including 130 native oak trees scattered throughout the property. Upon completion in 2015, one of China’s most renowned film producers and investors, James Wang, bought the property for $19.9 million. Four years later, he sold it to Michibata and Kao for an all-cash payment of $22.5 million. 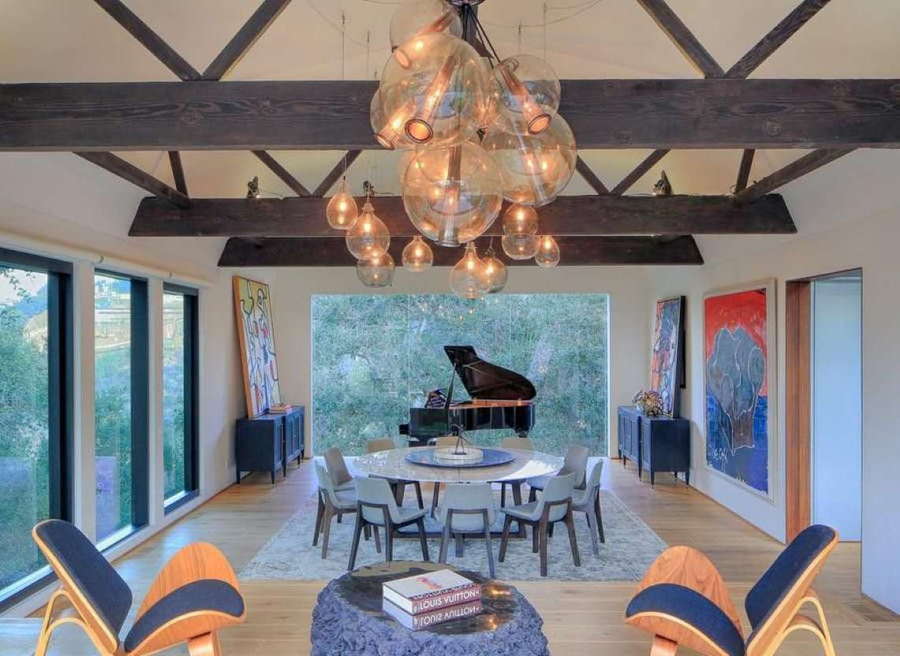 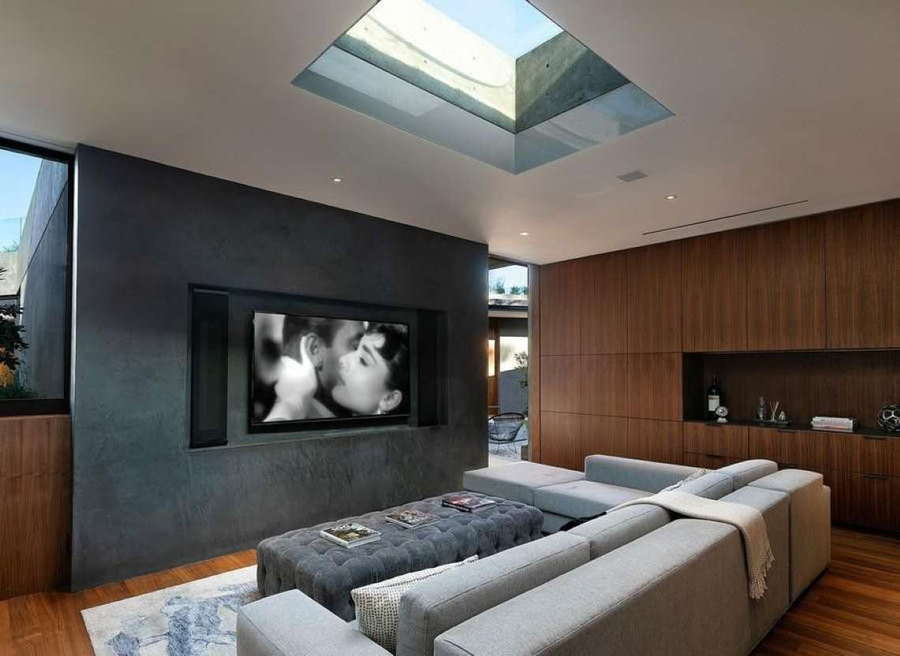 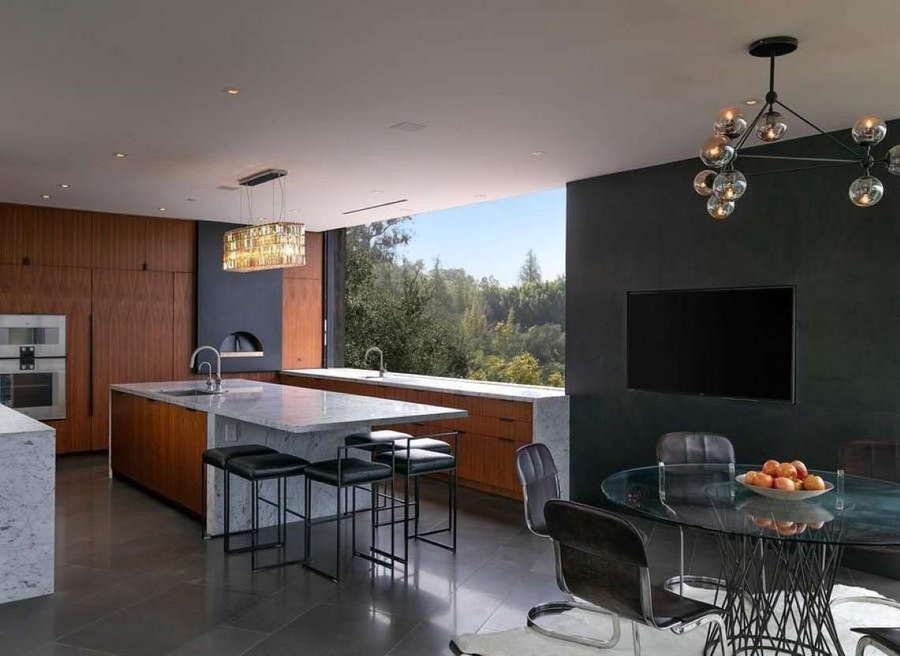 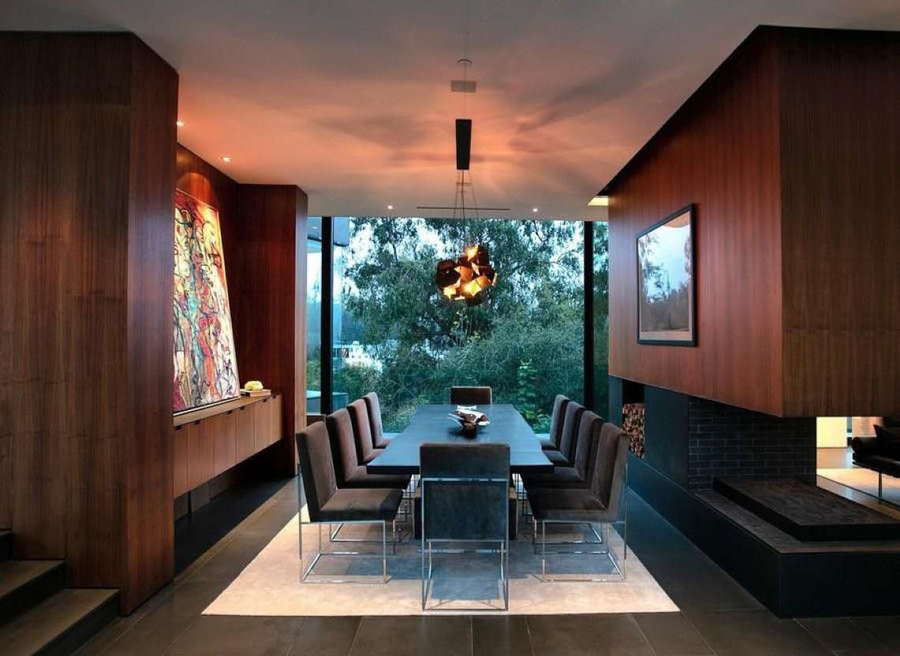 The 8,000-square-foot main house has an uncharacteristic floor plan. All the communal rooms are positioned above the bedrooms, which themselves are partially sunken into the hillside under a live roof of edible herbs. The two-story 2,000-square-foot guesthouse is a renovated barn topped with a wood-clad upper floor. Like the main house, it also merges seamlessly with the surrounding nature. Glass walls and open-concept common areas give both structures an open, airy feeling. 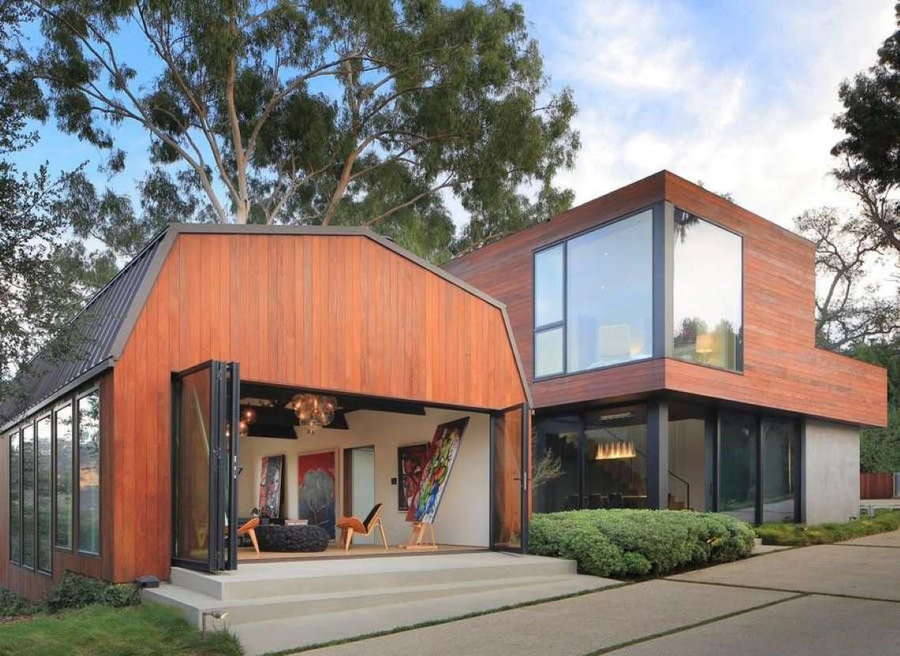 Two of the most fantastic features of the Michibata-Kao home are the triangle-shaped courtyard sunken into the main house and the 75-foot swimming pool, which itself is infinity-edged on three sides and situated directly under one of the largest oak trees on the site. The courtyard’s stark focal point is a fire pit while the rest is kept open and simple, with concrete walls that reach the sky to round out its calming, isolated feel. 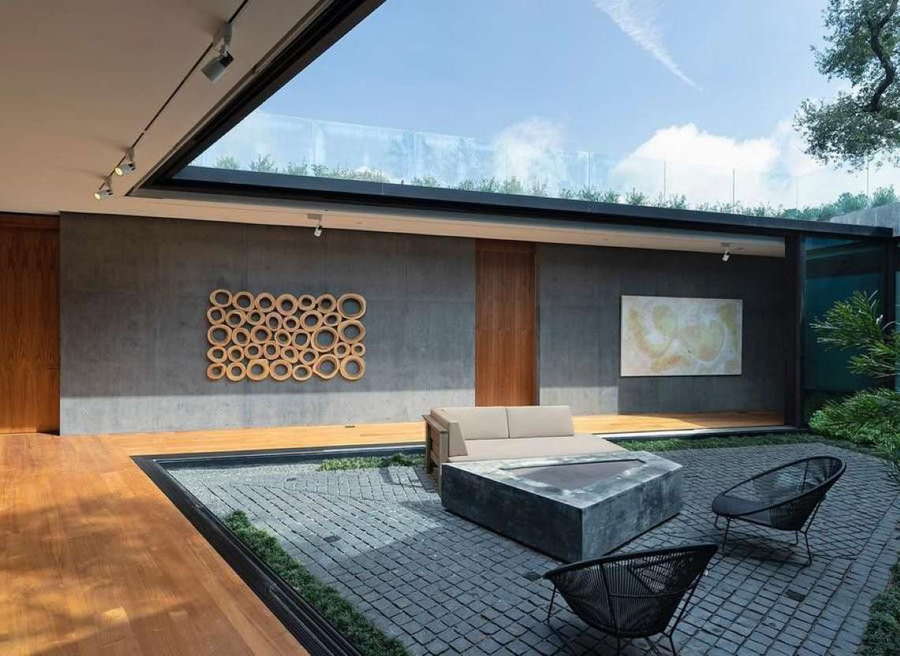 Kao, who previously teamed up with Ryan Gosling to create the Arcana production company, is the lone son of multibillionaire Min Kao, a Kansas-based tech magnate who co-founded GPS colossus Garmin (whose reported net worth is over $4 billion). Besides modeling, Michibata’s brief marriage to Formula One megastar Jensen Button — and the apology she received from Richard Branson for touching her face and making her uncomfortable many years ago when he was drunk — are among her other news-making experiences. 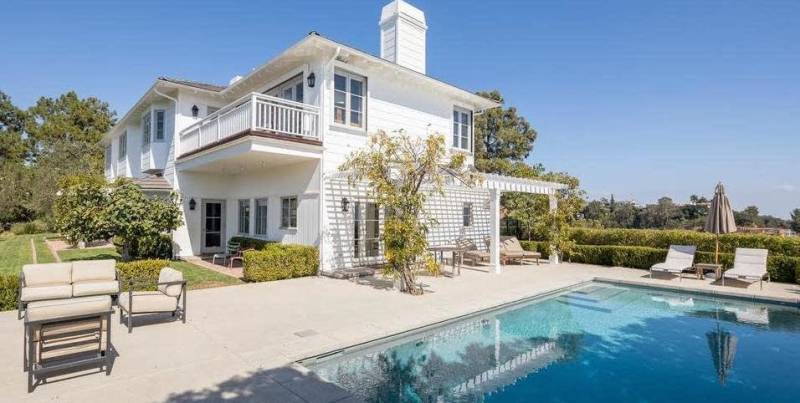 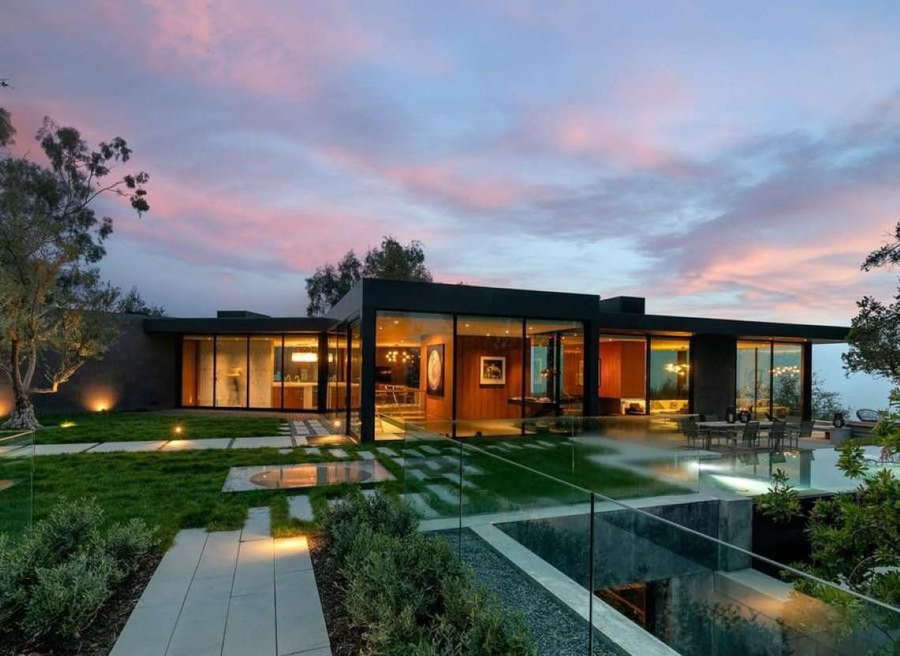 The Kao family is used to making real estate news headlines. In 2019, Kao’s older sister Jen Kao paid Jodie Foster $15 million cash for a sprawling house in the Coldwater Canyon area. Kao’s parents also own one of the most massive estates in the Beverly Hills Flats (once owned by Kirk Douglas), which they purchased for $15.4 million in 2013. And nine years ago, Min Kao paid $40 million for a penthouse at 15 CPW, one of Manhattan’s most prominent residential structures.